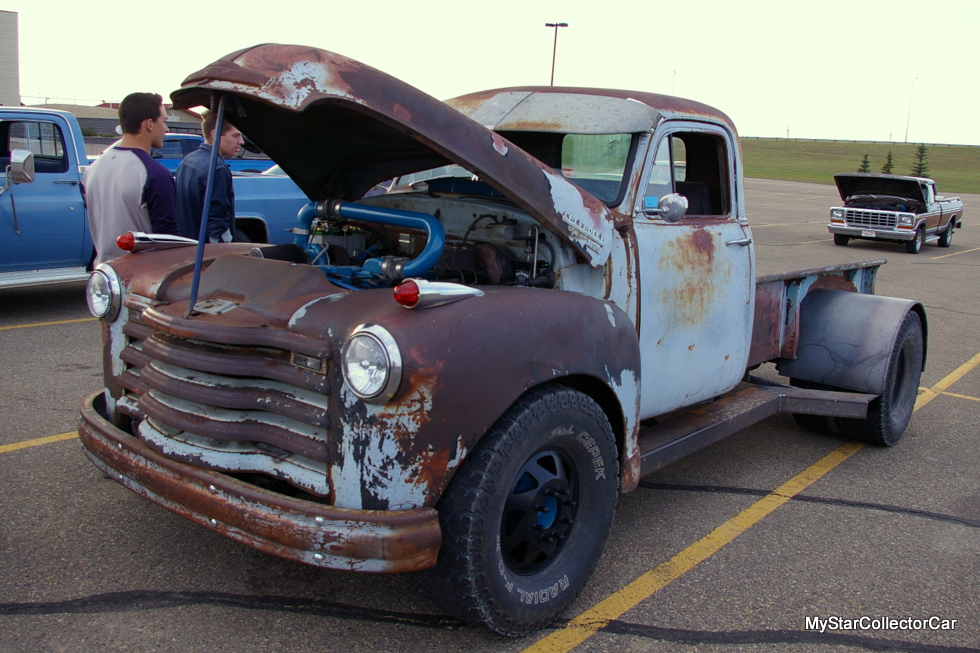 One of the newer trends in the hobby is a diesel transplant into an older pickup truck and a popular choice is the Cummins diesel.

The Cummins became a famous addition to the Dodge truck engine options in the early 90s when it brought brute force power to the pickup truck market.

‘These heavy duty engines were well known for their performance in a wide range of industrial applications and made the Cummins-equipped Dodge truck the big dog on the porch in the early 90s.’

The other pickup truck manufacturers now offer their own heavy duty diesel options but the Cummins diesels in the early 1990s Dodge trucks were an instant legend at the time. 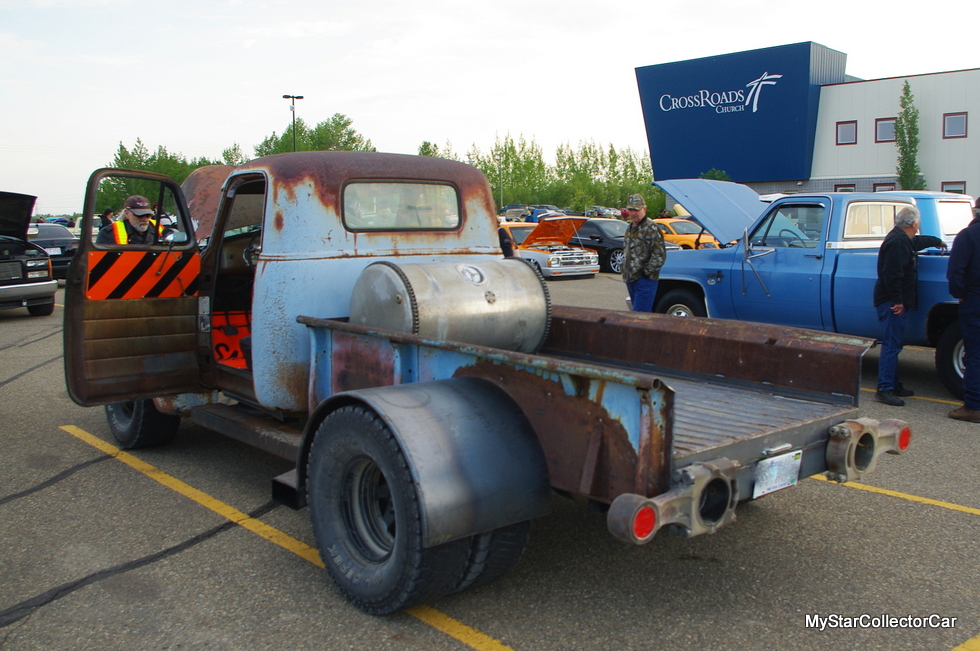 Dayne Lorentzen is a welder by trade and his father is a mechanic by trade. They combined their skill sets to build one of the wildest-looking 1953 Chevy pickup trucks we have seen in a while. 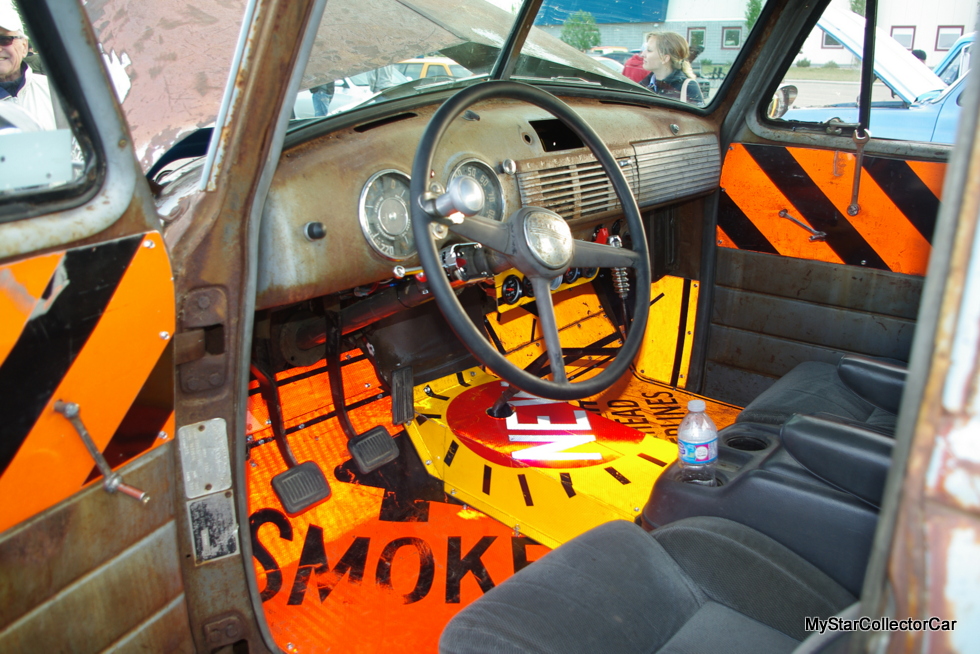 Dayne and his wife Vanessa bought a farm property and discovered the old Chevy sitting in a field. Dayne dragged the truck up to his shop and parked it while he figured out a game plan for the Chevy. 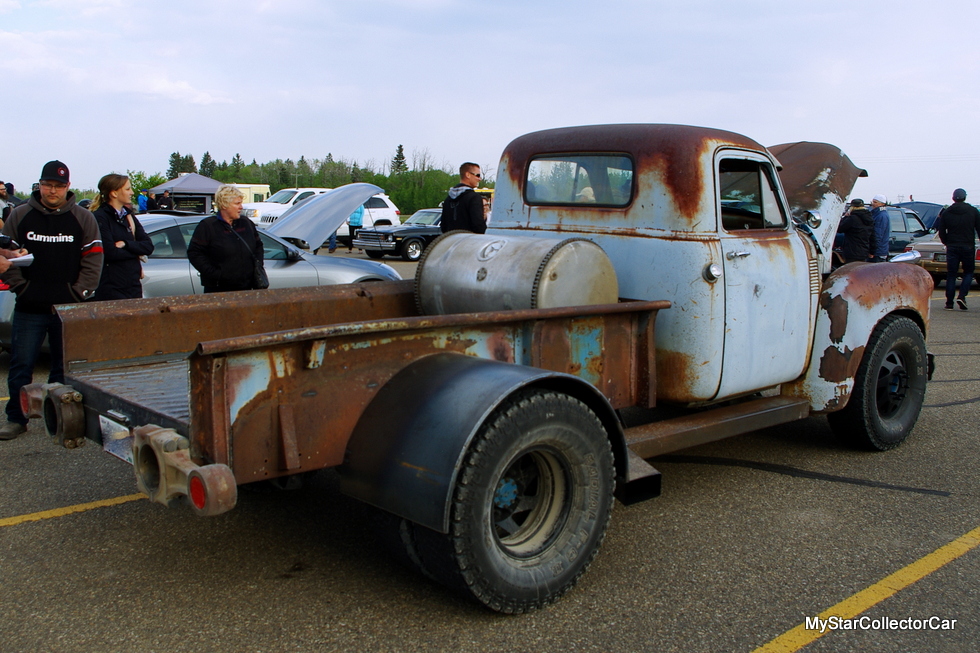 His father was willing to dive into the truck project and Dayne formulated his plan. It came together when he found a 1991 Dodge truck that was used up on another farm.

The ’91 Dodge donor truck literally became the platform for his Chevy because Dayne used the Dodge’s frame and Cummins diesel power-train for the build project. 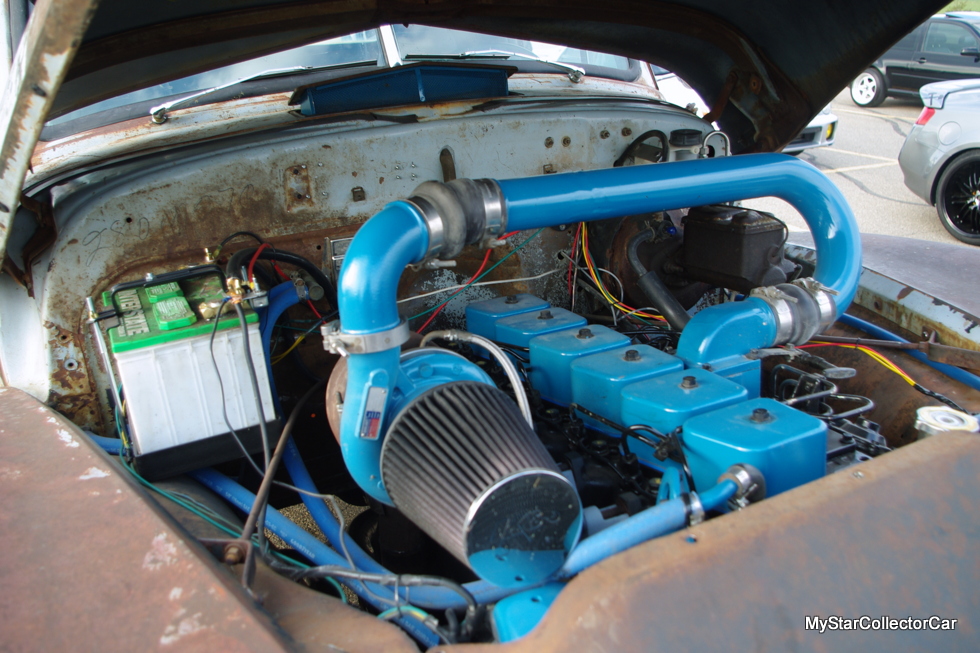 Dayne’s welding skills are evident in his project and include a wild-exhaust system that gets the attention of their rural neighbors when he puts the Cummins through the paces.

The Chevy now runs with duallies (dual rear wheels) and Dayne added extended width custom rear fenders to the truck so it could cover the extra tires on the back end. 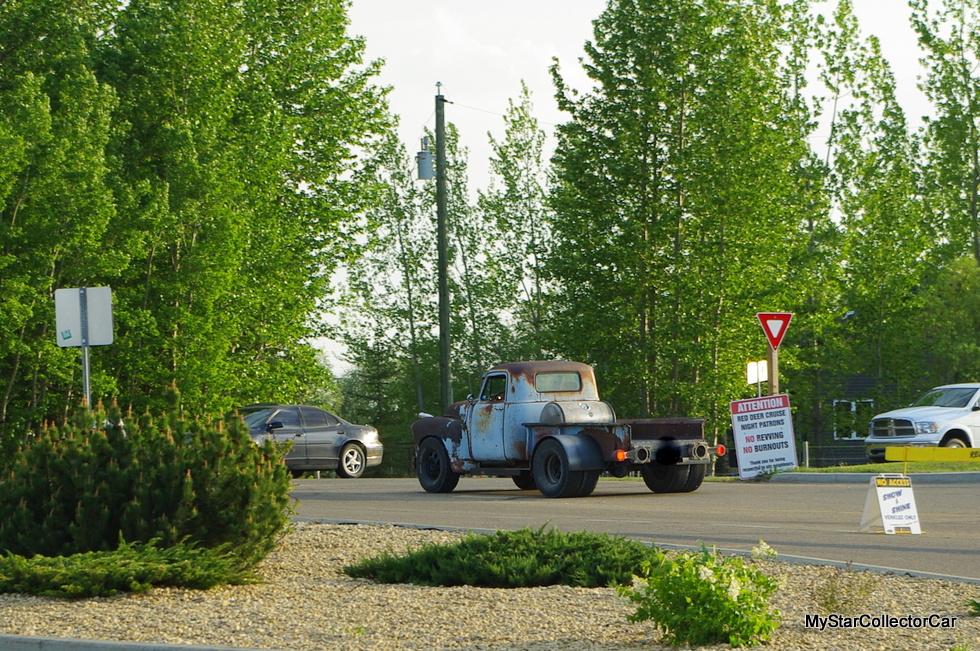 The stylish barrel tank behind the cab is not used for fuel and will become a storage area for the Chevy truck in the future. Right now it just adds to the overall cool factor on the truck-so does the Jack Daniels    radiator overflow container. 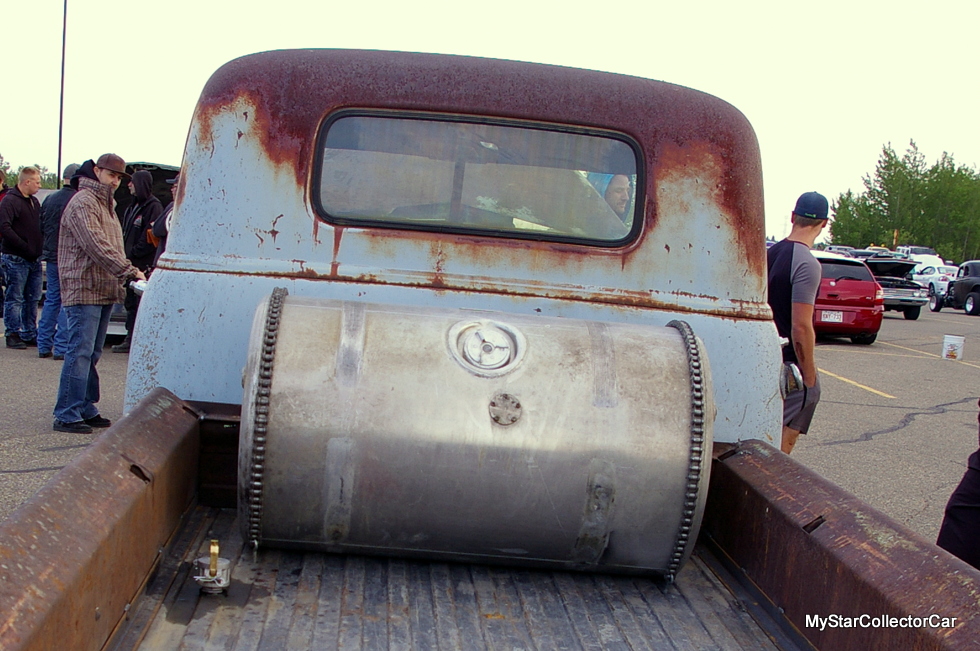 Another creative addition to the truck are its taillights because Dayne used the connecting rods from an oilfield gas compressor as housings for the lights. They are a very visible custom touch and add extra flair to the truck’s overall style. 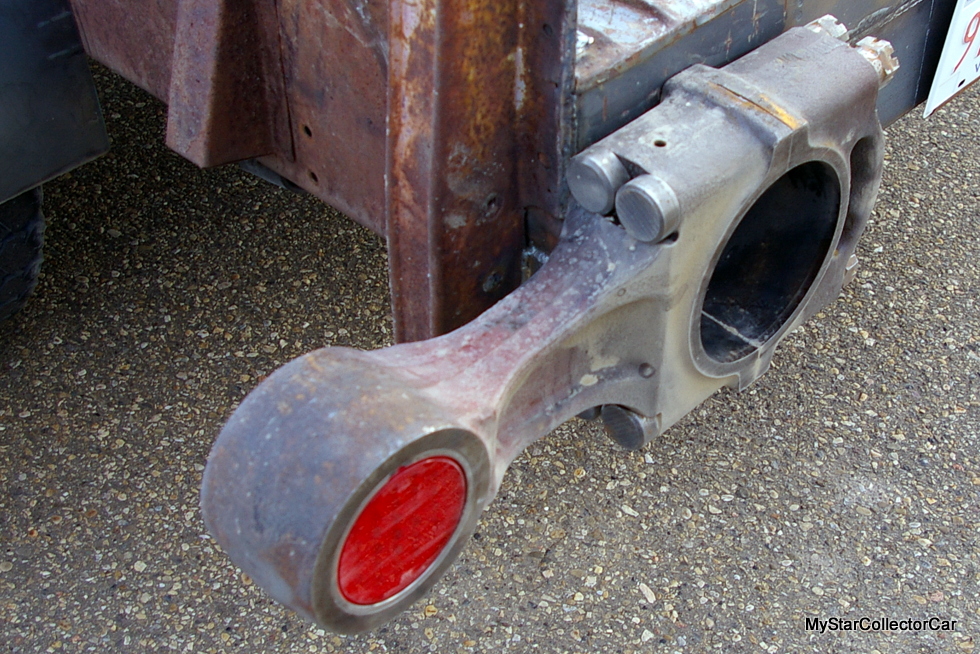 The front signal lights on the Chevy are also an add-on (real glass) that were donated by a big rig and fit right into Dayne’s custom vision for the truck.

One of the unique features of this marriage between a 63-year-old pickup truck and a newer diesel pickup truck is the overall ride of the truck. Dayne told MSCC his 1953 Chevy/Dodge resto mod “runs down the road better than my 2015 Chevy work truck”, in his words. 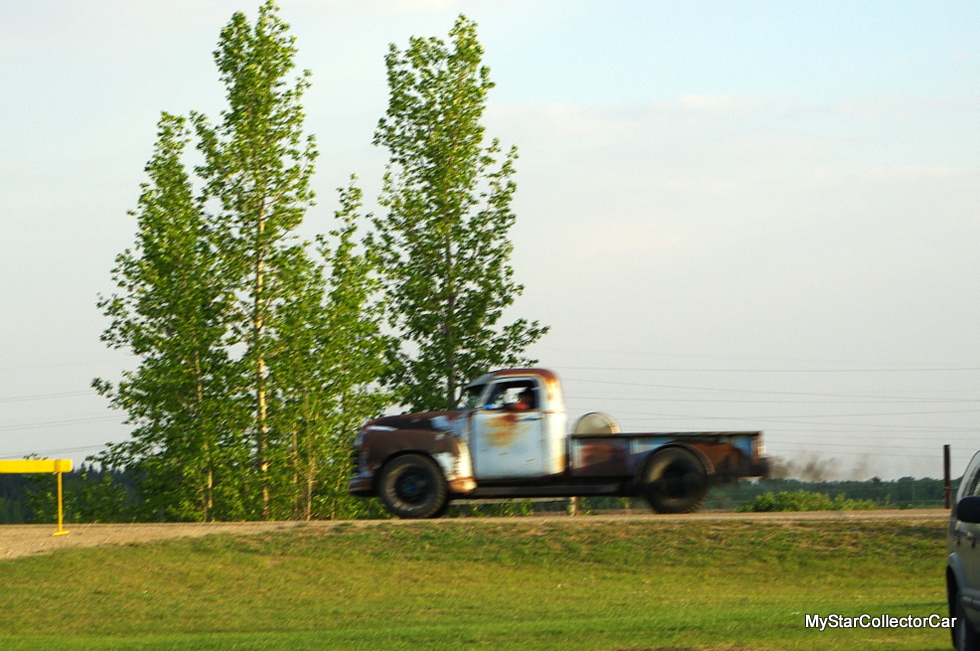 The entire build was completed in only 6 months by Dayne and his father.

‘They brought the right skills to the project and now Dayne can enjoy the open road with Vanessa riding shotgun in their very cool 1953 Chevy resto mod.’

SNOW DAY: WHY MYSTARCOLLECTORCAR DID NOT ATTEND THE HIGH RIVER CAR...