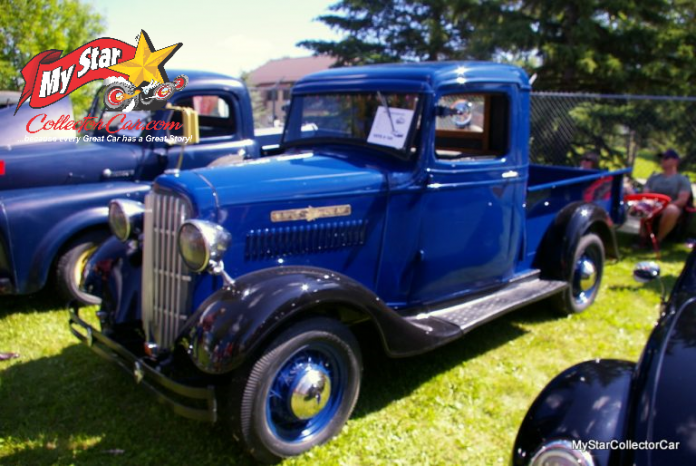 MyStarCollectorCar attended a Canada Day car show last summer on July 1st and it seemed appropriate to see a 1935 Maple Leaf pickup truck at the event.

The Maple Leaf truck is a mystery to many car guys because few of them exist in the 21st century. 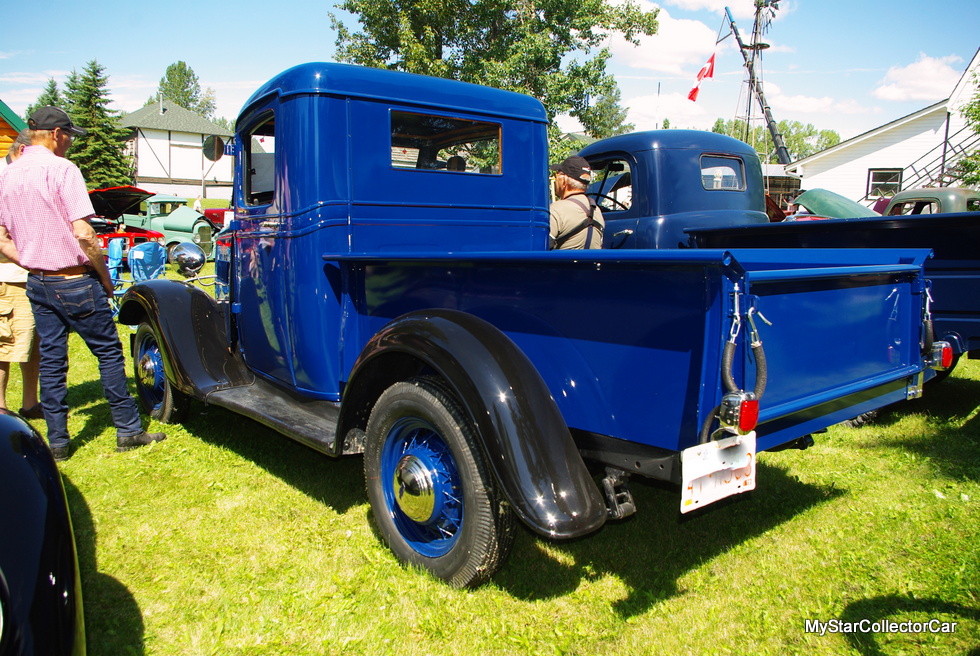 The Maple Leaf truck was built by General Motors of Canada and resembled a Chevy truck from that era. The trucks were shrouded in mystery because so few of them were built during their production run that started with the Great Depression and ended during the dawn of the 1950s. 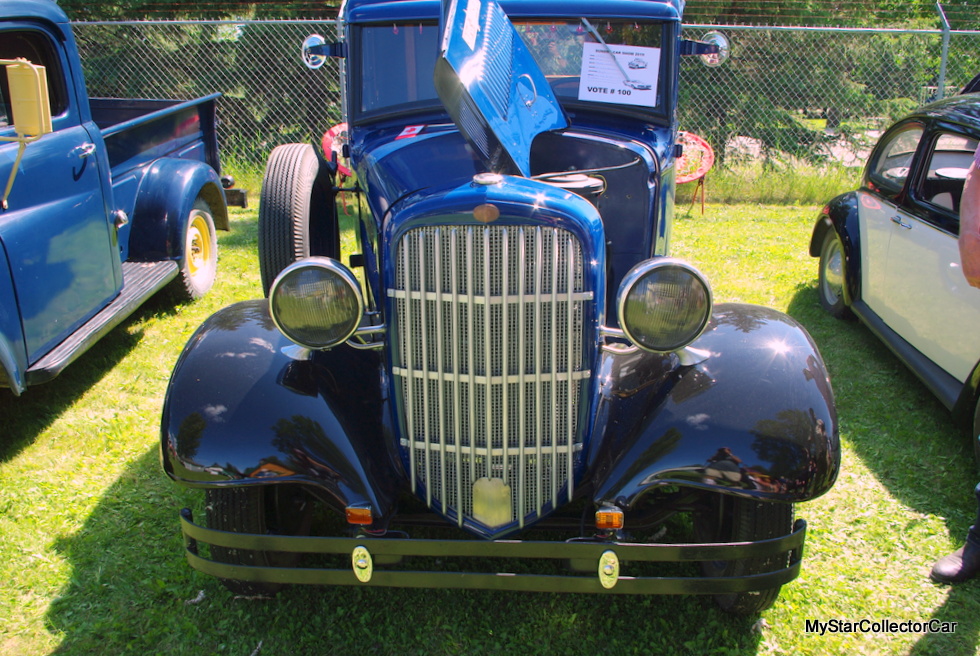 MyStarCollectorCar readers will likely already know Canada and the United States operated independently when it came to model choices before their 1965 Auto Pact (a bilateral automotive trade agreement that brought vehicle conformity to the two countries).

Details about the Maple Leaf truck are sketchy because the passage of time has not been kind to the Canuck trucks in both numbers and information. The general consensus is a Maple Leaf truck was a little bigger than a Chevy truck from the same era and its payload was either 1.5 or 2 tons, depending upon the model and information source. 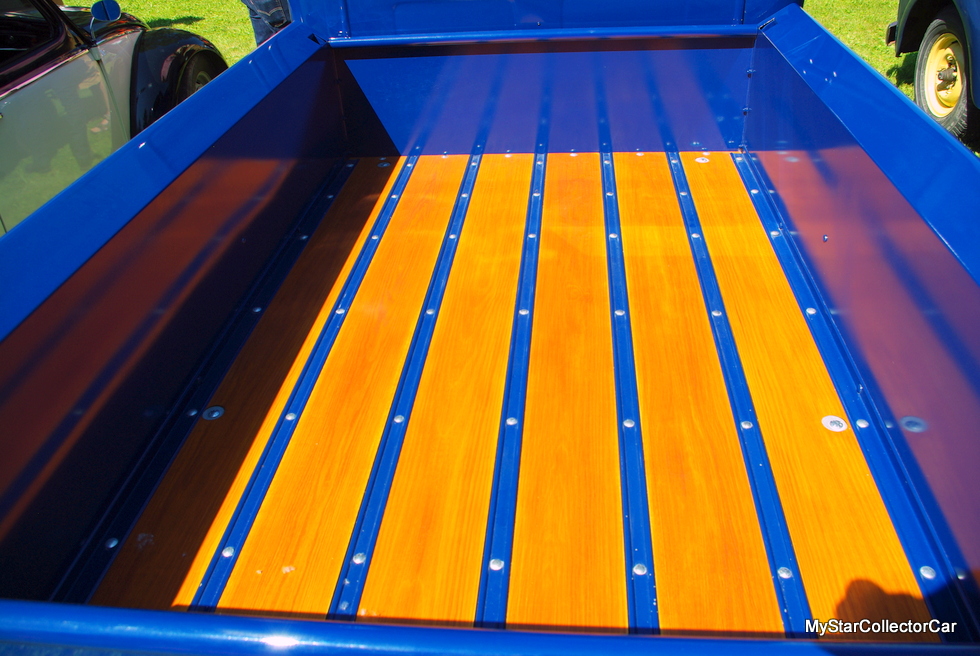 The 1935 Maple Leaf tribute truck mentioned early in this article is owned by Dan and Sue Burton. Dan bought the truck about 35 years ago and noted the prewar pickup was “in tough shape” when he discovered his ’35 Maple Leaf. 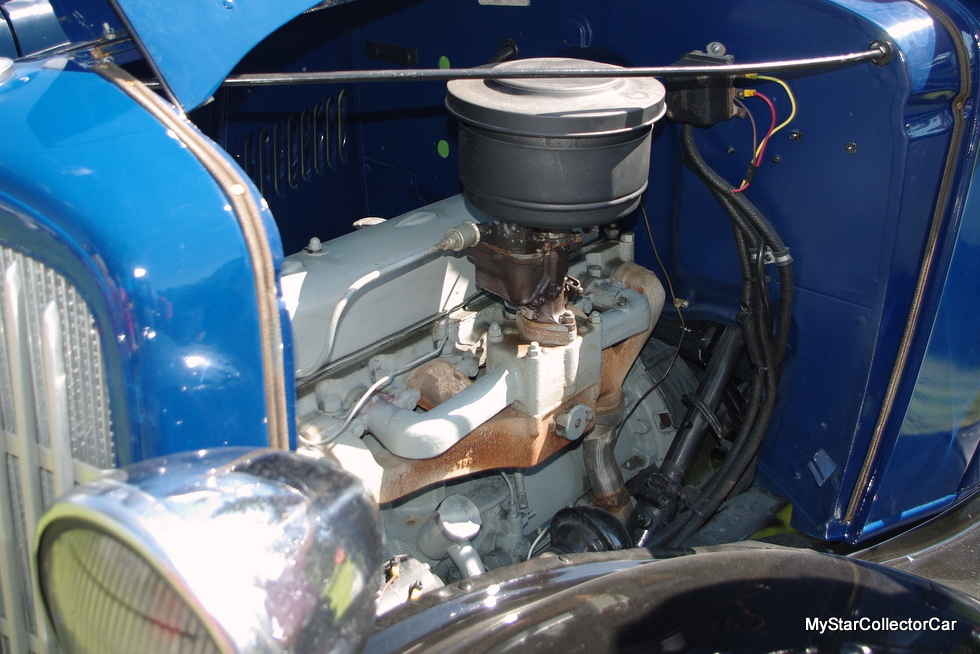 Dan is a retired maintenance mechanic who had a long career with a local lumber operation near his community before he moved into farming.

Dan said he walked by the truck on his property for many years before he decided to reassemble and rebuild the Maple Leaf tribute truck. The decision was a big one because the  ’35 Chevy donor truck’s inner cab structure is largely wooden and required major restoration before it was ready for reassembly. 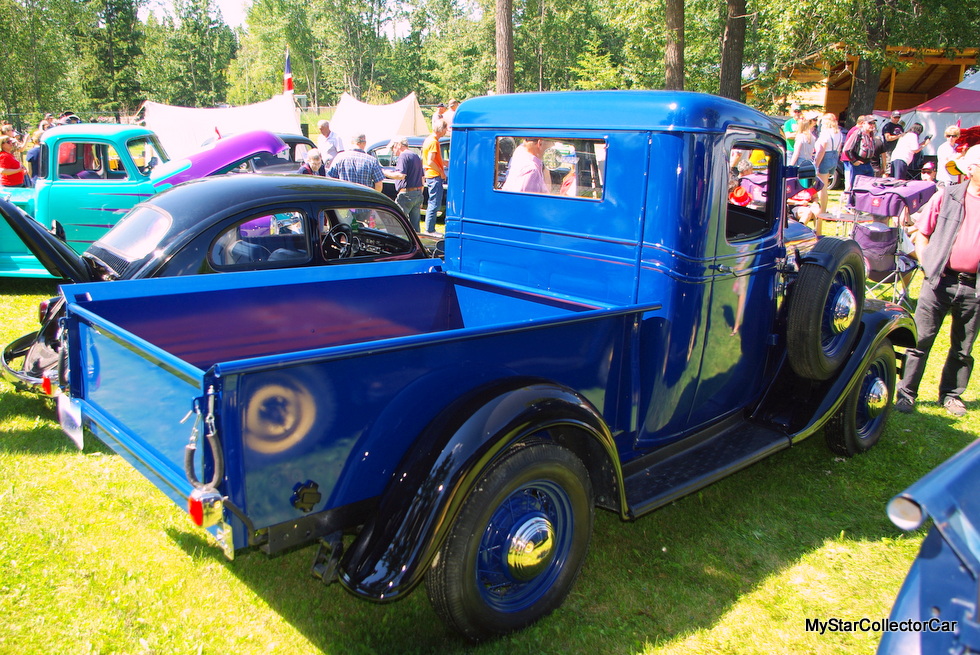 The project to make the 85-year-old truck ready for the road was further complicated by the level of difficulty presented by its age and scarcity. These factors made the path to completion a long one for Dan and he made the Maple Leaf roadworthy in 2019. 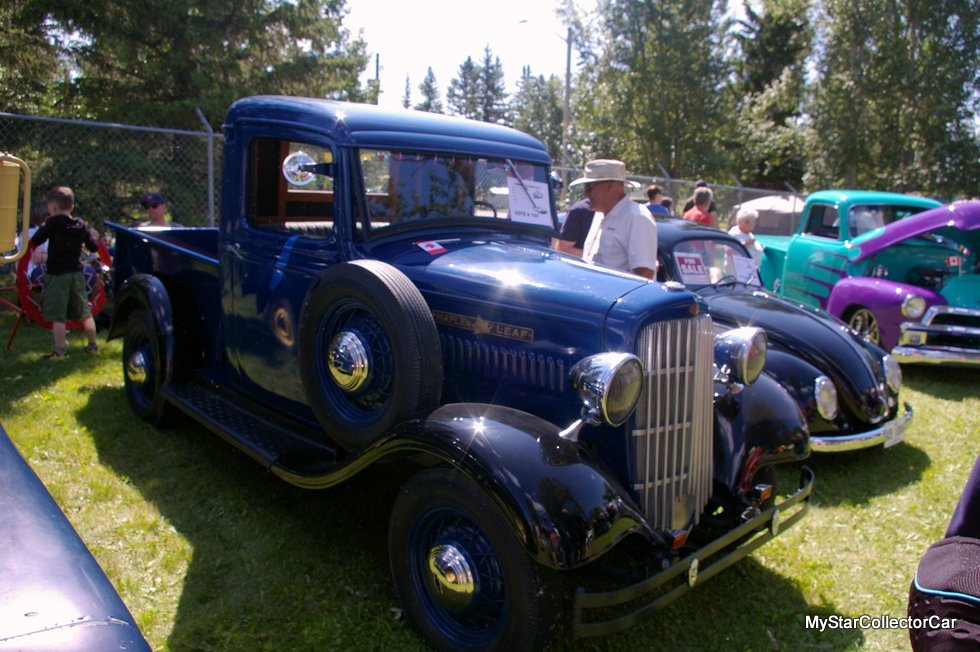 Consequently, he had only put 10 miles on the Maple Leaf’s odometer since the restoration when MyStarCollectorCar interviewed him on Canada Day 2019. Dan described the project as a “5 years and counting” process because he had not completed all of his goals for the Maple Leaf’s complete restoration–but he was a lot closer to the finish line last year. 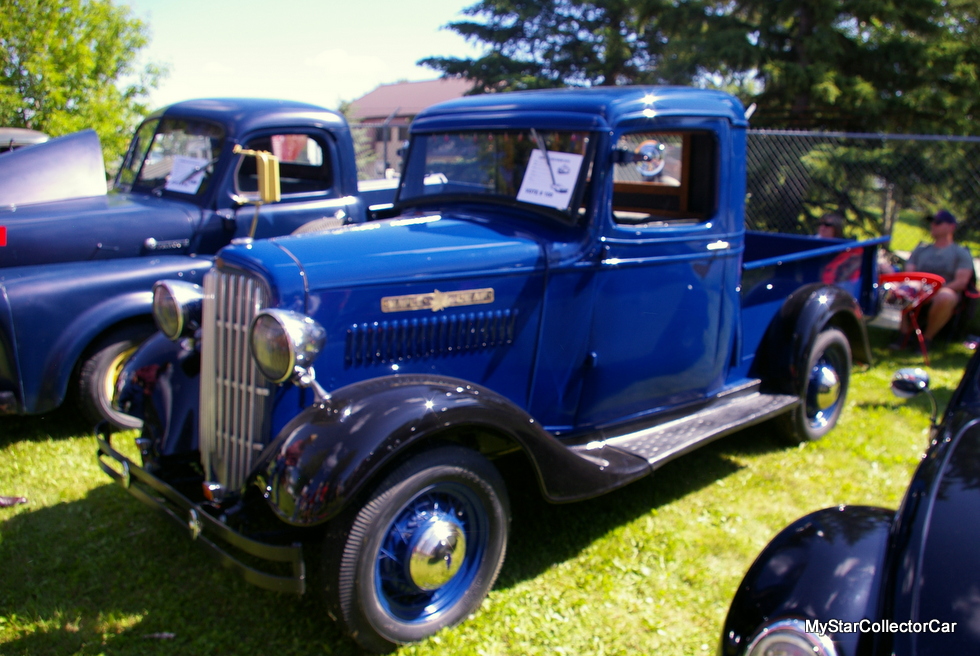 The most important part of the equation for Dan was to stay as close to the factory original as possible, although he revealed the bench seat in the Maple Leaf was donated by a minivan. MyStarCollectorCar predicts Dan will continue his search for a Maple Leaf bench seat because of his “and counting” clause in the build process. 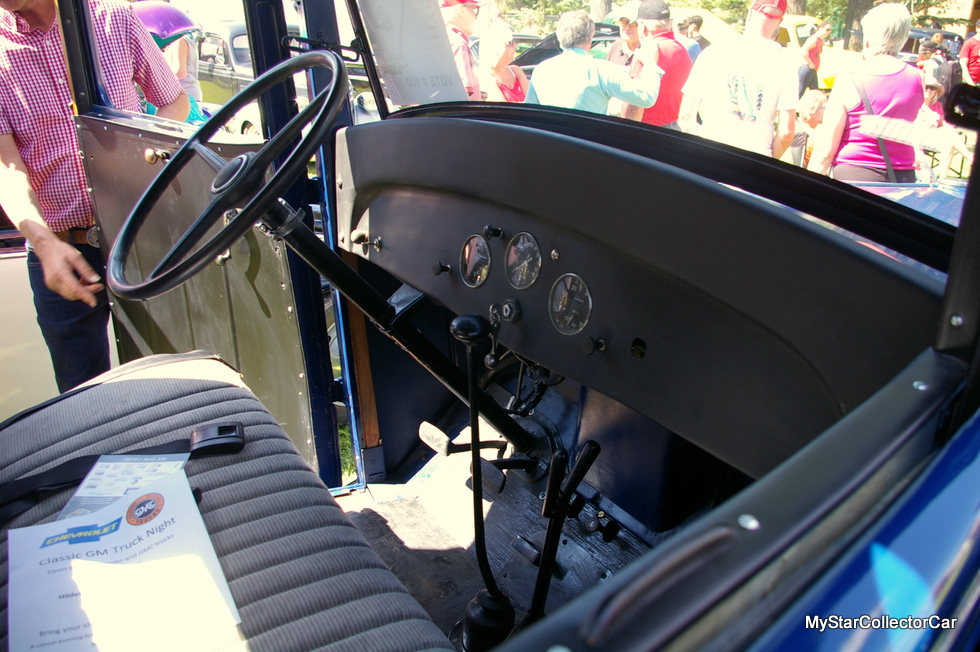 The final part of the Maple Leaf equation is Dan’s hard work has resulted in the preservation of a very rare prewar Canuck truck from GM of Canada. 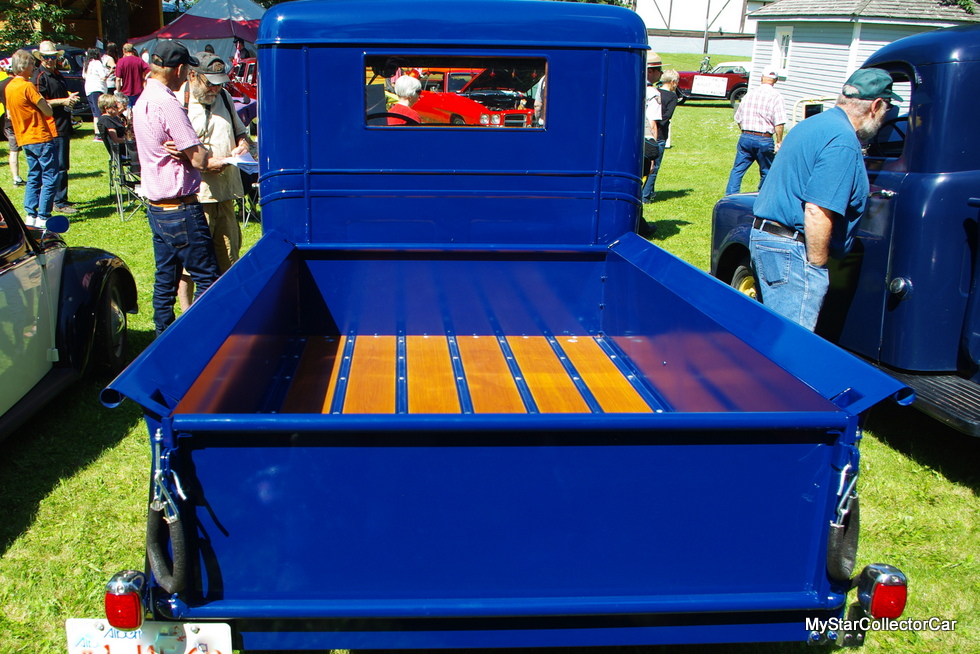 Now he can enjoy driving a rare example of Canadian automotive history because he is very close to the finish line on his Canuck truck project.