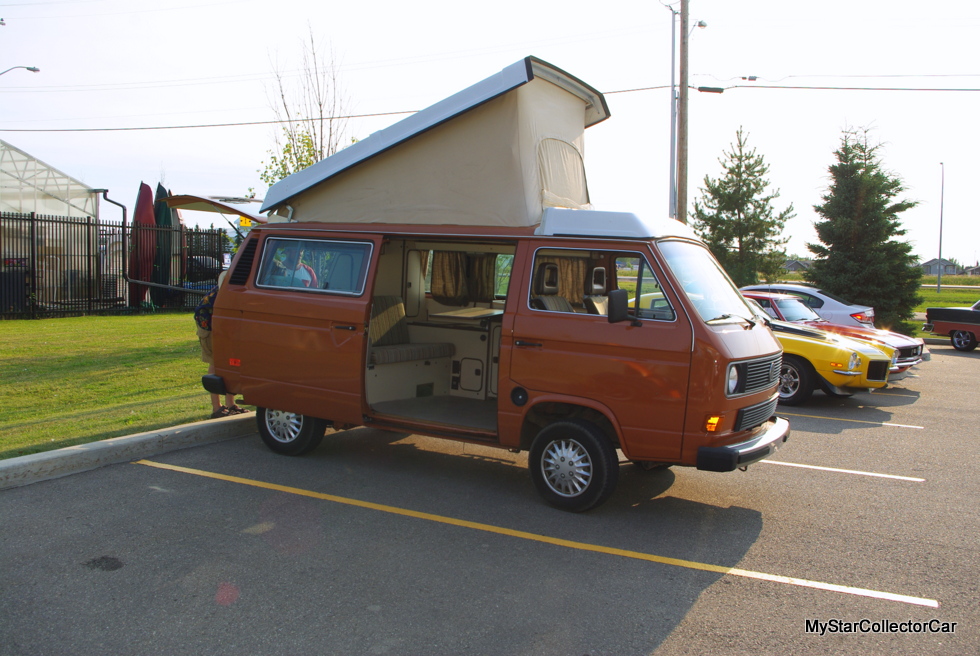 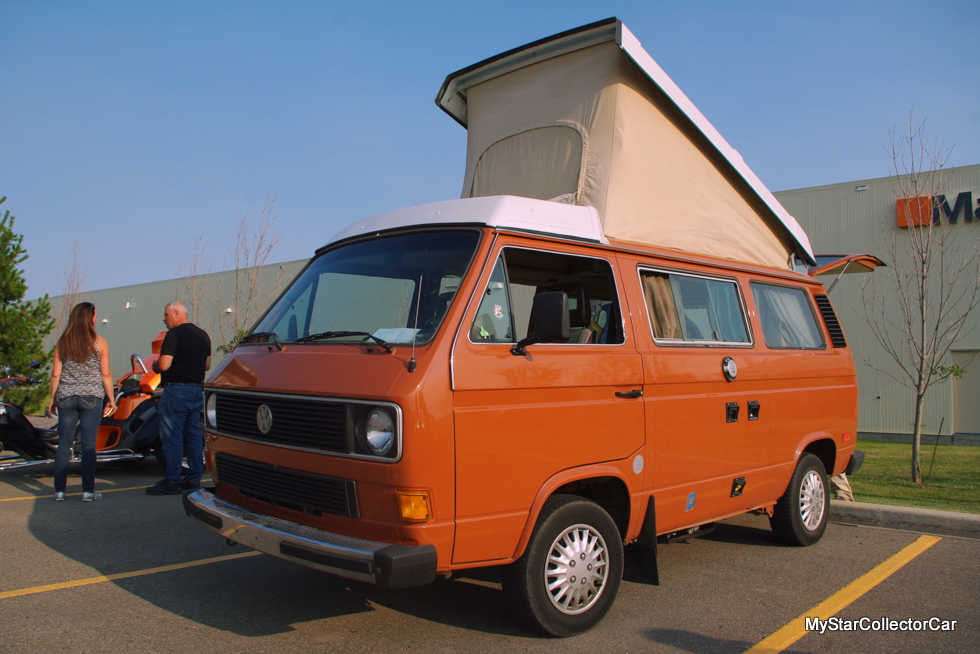 The VW camper van from the 1960s became a legend for the decade because it was an affordable mode of transportation that provided shelter long the way.

Hippies became associated with the VW micro bus in the 60s because the VW vans could hold plenty of them while they slowly wended their way to 1967 San Francisco during the Summer of Love in that California city.

VW camper vans and their many shaggy inhabitants were on the road again two years later in 1969 when they visited upstate New York and helped make the Woodstock Music Festival a household name. 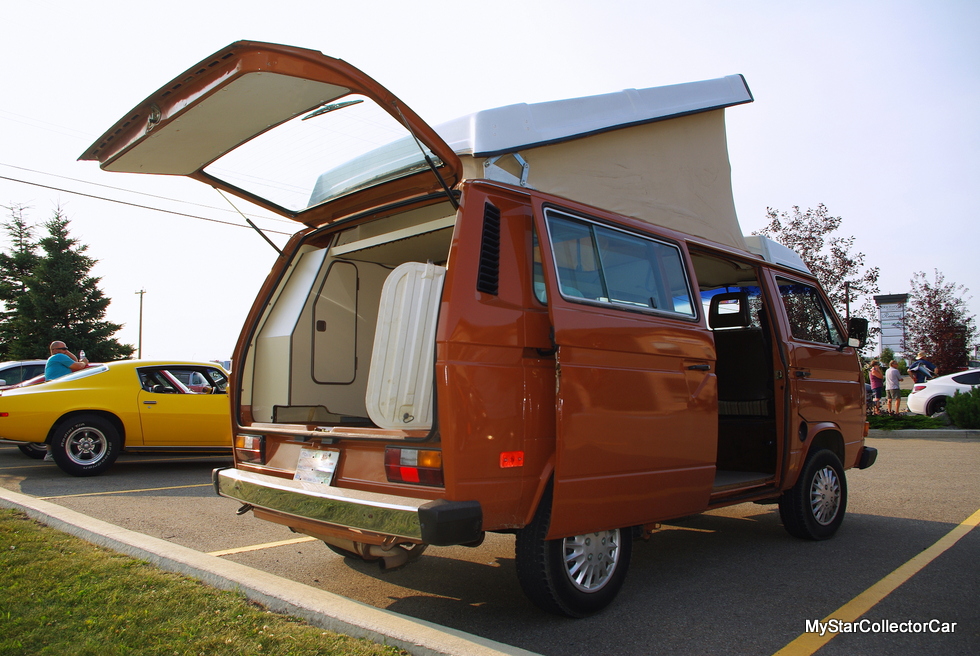 There was no turning back for the iconic VW camper bus because it had become closely associated with the hippy movement during its heyday in the Sixties. The VW camper vans were slow-moving but dependable transportation for both their owners and passengers because the VWs relied upon a small air-cooled engine mounted in the rear of the vehicle.

Fast-forward to 1984 when a completely different VW camper van called the Westfalia  emerged in 80s North America. The Westfalia still had its engine mounted in the rear of the vehicle but the engine was more powerful and was also water-cooled. 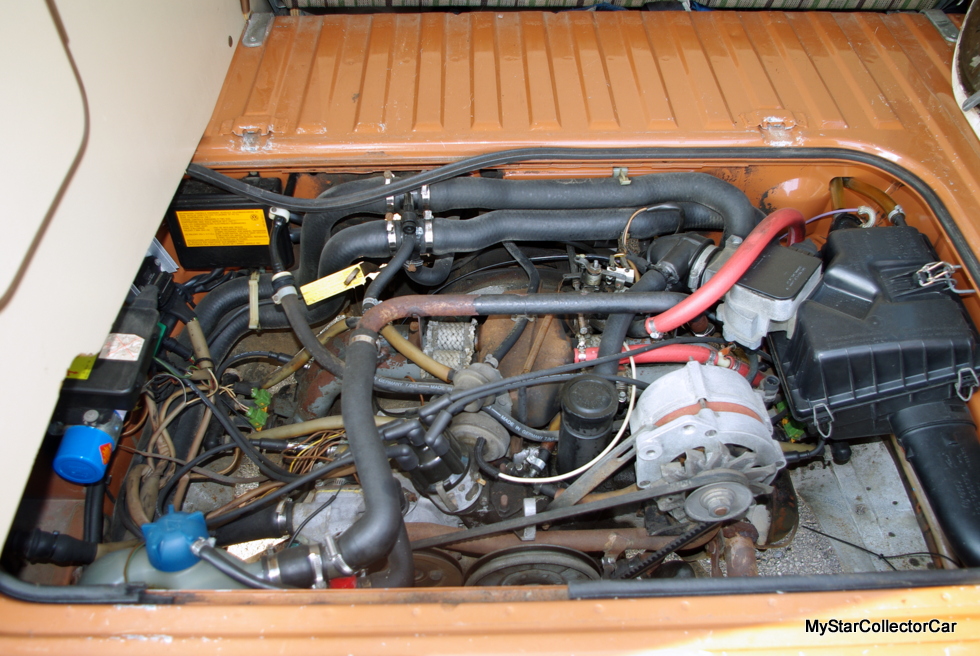 Travis Tenhove is the proud new owner of a 1984 VW Westfalia- and he was not even born when the camper van made its debut 34 years ago. In fact, Travis is a part of the millennial generation who was born in the Nineties and looks back on the VW van as part of history.

Travis had been looking for quite a while before he found his ’84 Westfalia and MSCC interviewed him when the ink was barely dry on the bill of sale because Travis had only owned the VW for one day. 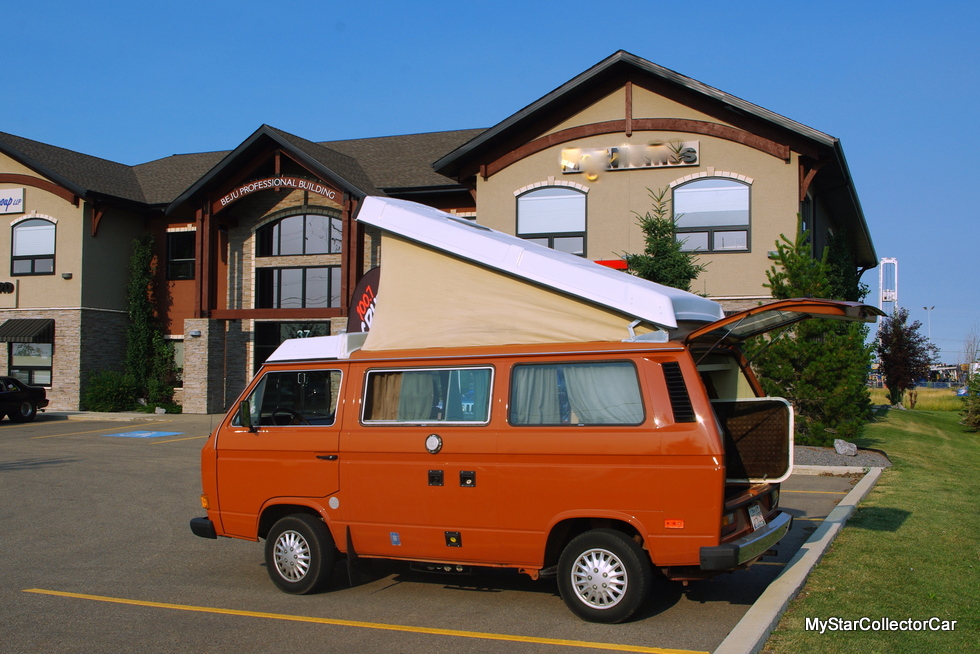 Travis recounted how he was a newlywed who had also only been married for a short while when he mentioned to his bride that he was interested in a Westfalia camper van and measured her reaction to his news. Travis married the right girl because “she was all over it (the VW Westfalia idea)”, in his words. 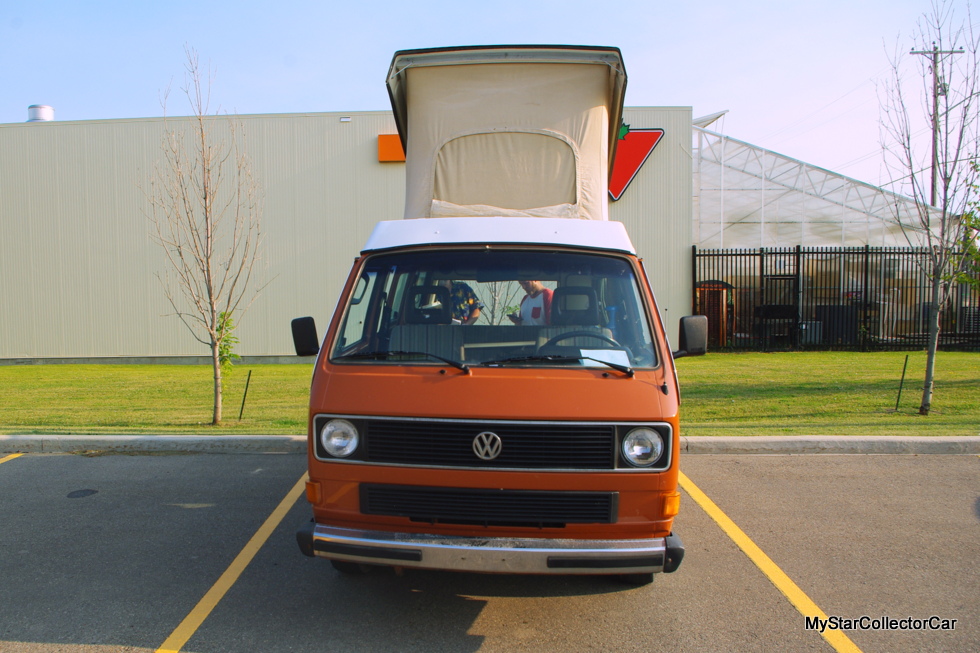 Things fell into place because the previous owner was about the same age as Travis, owned three of them, and was willing to part with the ’84 Westfalia. 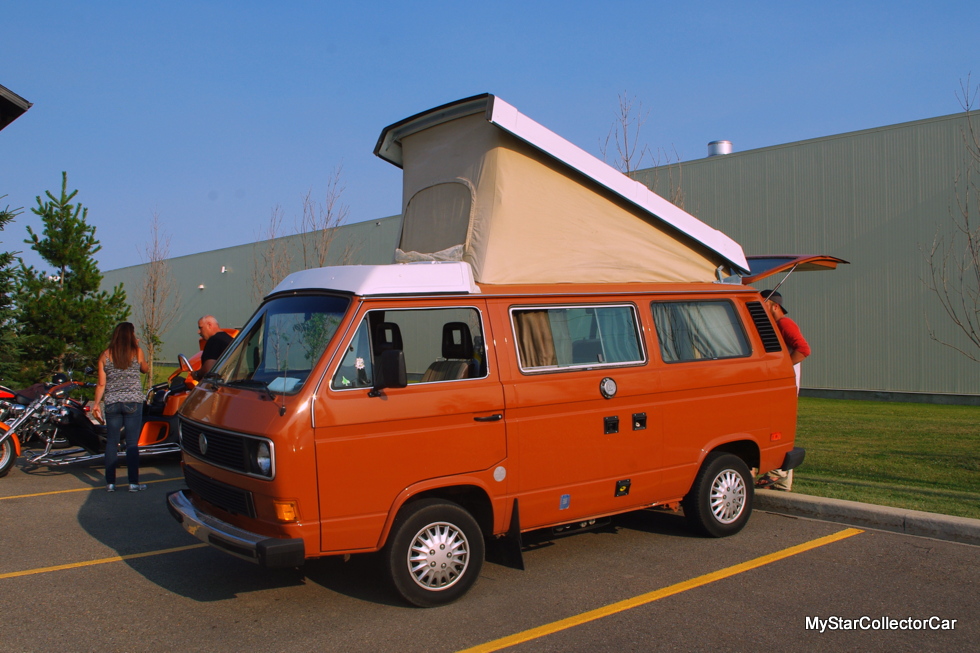 Travis was very happy with his decision to buy the VW van and considered the purchase to be a way for him to get over a missed opportunity to purchase a Westfalia when Travis was only 16 and could not afford the remarkably low 1500-dollar price tag. 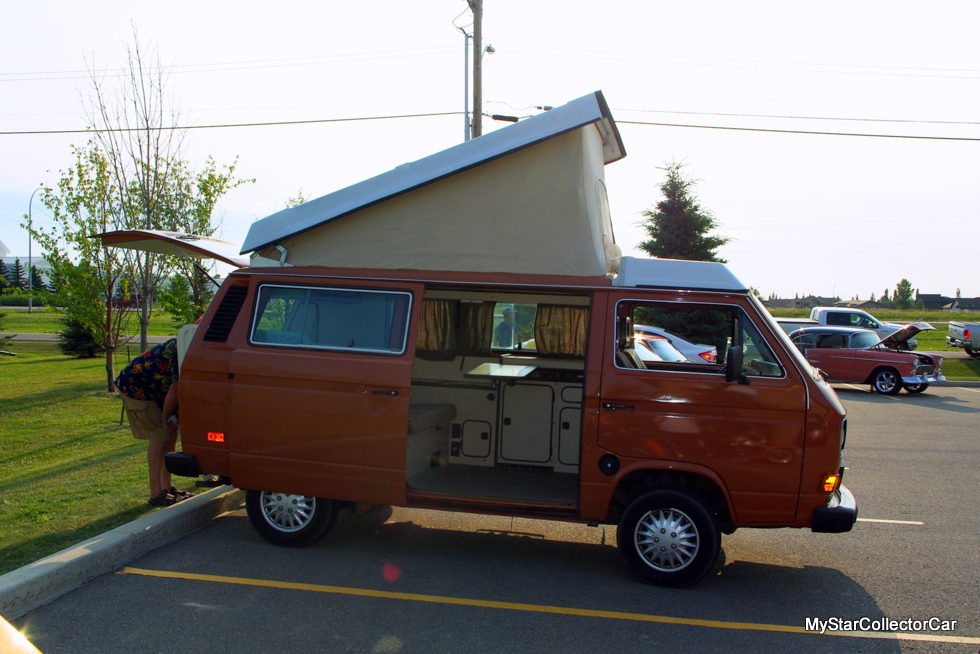 The 1984 VW Westfalia was faster and more efficient than its 60s counterpart and Travis was impressed with its camper-friendly design that included a three way fridge, a gas stove, and a sink. The VW also had water and 110 volt hookups on the outside. 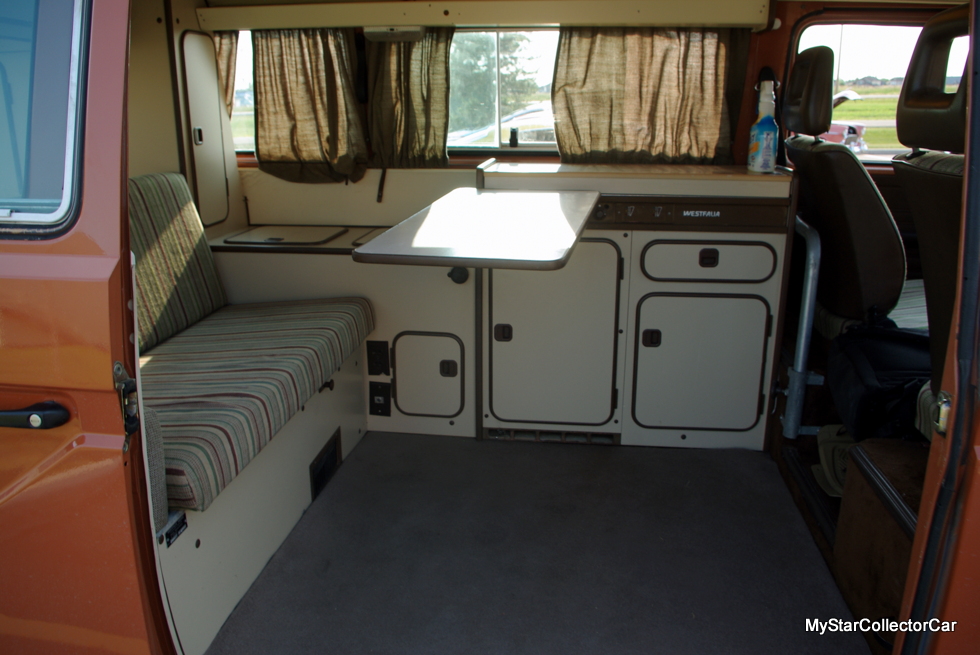 MSCC mentioned the Westfalia’s engine was water-cooled and provided an actual heat/defroster system to the van. It also had a three speed automatic to make life comfortable for Travis when he and his new bride were on the road in the Wesfalia. 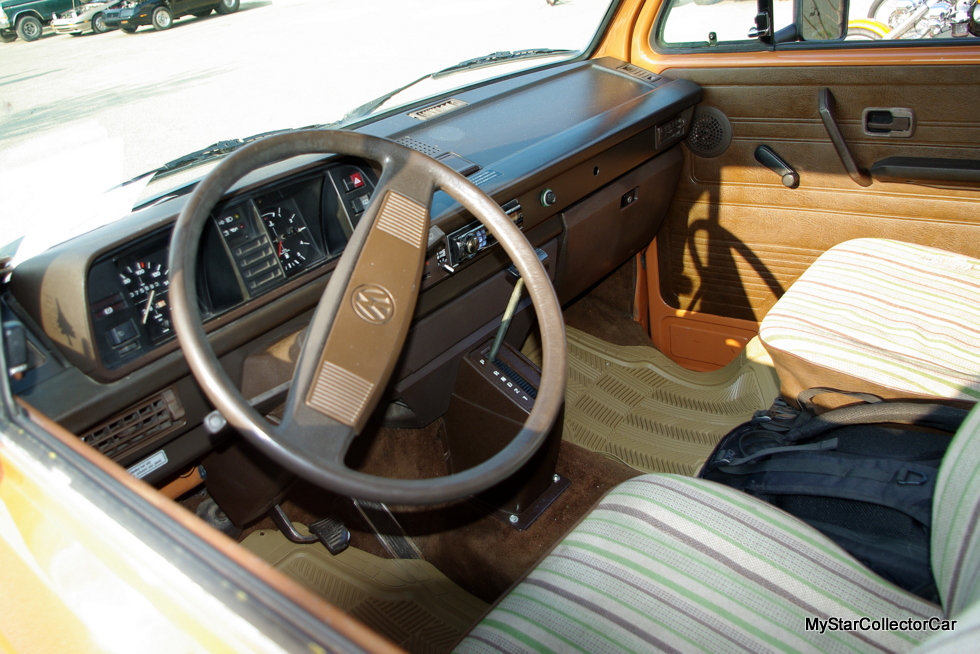 Travis has big plans for his 1984 VW Westfalia. He wants to make the Westie into a family tradition that will include future parenthood for Travis and his wife. 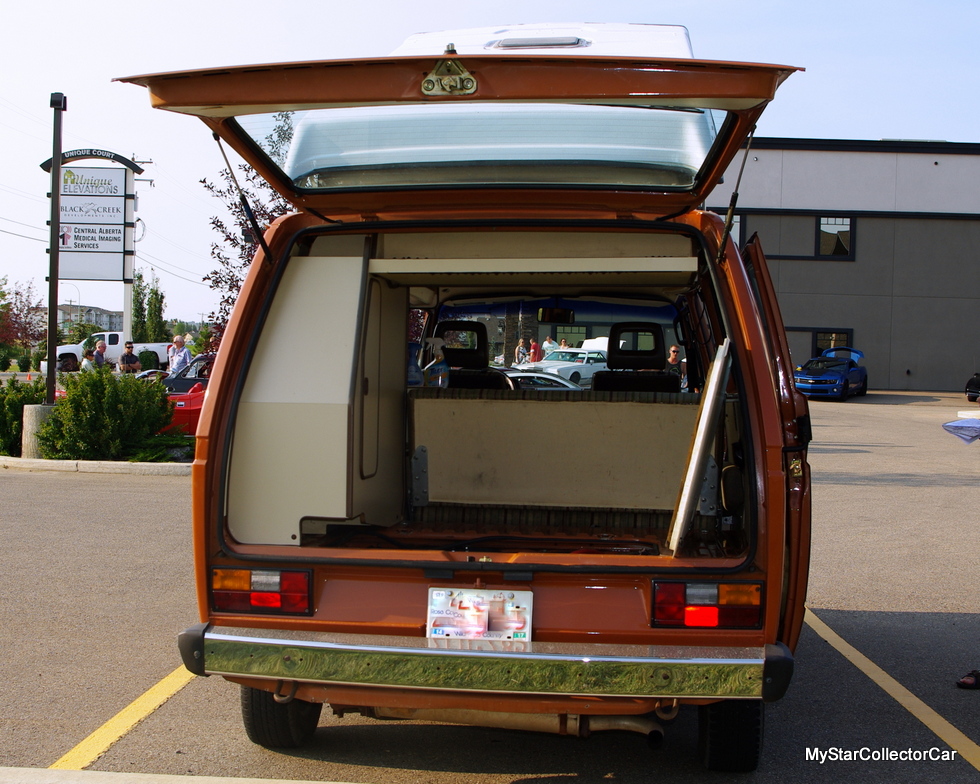 Future camping will be a family affair for the Tenhoves, and the Westfalia will be a big part of that plan.