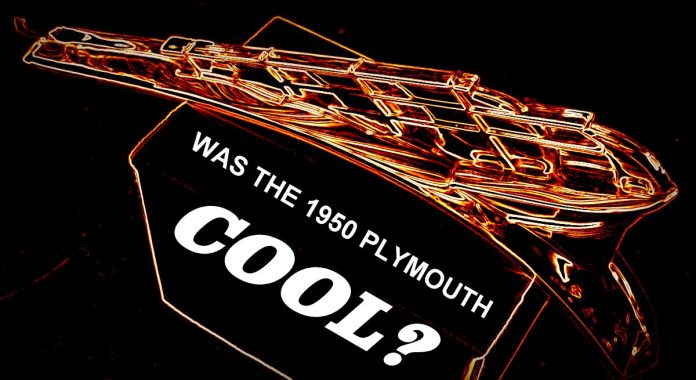 Chrysler had already entered the ring with its Big Three rivals when it introduced its Plymouth model in 1928.

The net result was a car brand that thrived in an automotive market sector zeroed in on potential customers who wanted four wheels, a steering wheel, a very modest price tag, and a very generous portion of average. These buyers had no desire to keep up with the Joneses-unless the Joneses were also comfortable with low cost and even lower coolness expectations.

Plymouth was a functional car brand that was not built to set the world on fire in terms of overall style and instead carved its inexpensive but plain niche in the automotive world for many decades. The dawn of the 1950s represented a large seismic shift in domestic cars because the post-war funk in design was over and car makers unveiled some exciting new vehicles to mark the occasion.

The major vehicle design shift actually began in 1949 for most domestic car builders, including Plymouth, but few car guys were bowled over by Plymouth’s new look. Plymouths sported new outer skins with blandness as a driving force behind their style.

Nevertheless, MyStarCollectorCar decided to take a deeper look at the 1950 Plymouth models to see whether any of them had a molecule of coolness in their design and we concluded there was indeed a cool factor within their wallflower exteriors.

Our first example is the Plymouth Suburban station wagon, an inexpensive kid-and-grocery hauler that brought out the best in the overall design of the 1950 models.

However, the most notable cool factor is the huge popularity of vintage station wagons in today’s world so, if only by default, a 1950 Plymouth station wagon gets swept up in the wave of vintage long roofs’ rock star status within the hobby.

The 1950 Plymouth Business Coupe also has a built-in cool factor that was not readily apparent 72 years ago. These cars were built for traveling salesmen who used them to haul their wares around their designated territory. Business Coupes had an elongated trunk with no rear seat so the salesmen could carry larger loads and fewer passengers during a road trip.

The 1950 Plymouth Business Coupe was purpose-built and not manufactured in huge numbers, so its unorthodox style has given it a cool factor that has grown over the past 72 years.

The golden age of the fastback has long been associated with the back nine of the 1960s, but a convincing case could be made for numerous domestic car models built many years before the Sixties examples, including the 1950 Plymouth fastback model.

The car’s radical elongated c-pillar roof design enhanced the overall coolness of the 1950 Plymouth because it looked fast at a standstill, a tall order considering the boxy style of a conventional ’50 Plymouth sedan.

WHAT DOES THE CAR HOBBY HAVE IN COMMON WITH FOOTBALL?