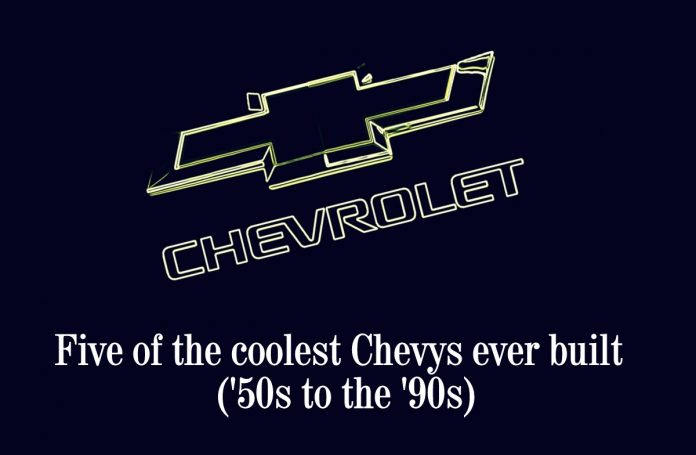 Chevrolet has been a major player in the car business for decades because they’ve always managed to carve a big market share in the average buyer demographic.

The 1950s defined when Chevrolet became dominant in the sales race, but Ford surprisingly won the sales battle in 1957–despite the incredible iconic status of the 1957 Chevy.

The batwing fins, the massive greenhouse, and the clean front end made the ’59 Chevy Impala a player in a year (1959) when every car builder brought their A-game. The Chevy guys were competing against their cousins at Buick, Olds and Pontiac and rivals at Chrysler, Plymouth, Dodge, Ford, and Mercury. It was a battle the ’59 Chevy was well-equipped to win.

The 1960s were even kinder to Chevy because they dominated sales–it started with a warmed-over 1960 version of the ’59 Chevrolet, but they really gained momentum with the ’61 model year.

There’s an embarrassment of riches with the 60s era at Chevrolet, but for me, the 1965 Impala was peak perfection at the Bow Tie family. The ’65 Impala was the crossover year between early 60s style and late 60s style–it was perfect in every way. The bullet taillights, fastback roofline, and smooth, lightly-detailed, front end would define styling cues at GM for the rest of the decade–and put their rivals in the rear-view mirror for the rest of the decade.

The 1970s began with the monstrous Chevelle SS454–it was legendary then and it’s still a legend today– based on auction sales. That would be the default choice for every Chevy guy on the planet, but for me it was the 1972 Impala convertible.

The 1980s were a curious blend of new tech meeting old tech, because manufacturers were exploiting technology to get around the smog laws that essentially neutered their cars. The 1986 Monte Carlo SS Aero Coupe was the answer to these horsepower-killing laws, so it’s my pick for coolest Chevy of the 1980s.

There was a small-block 305 cubic inch small block V-8 under the hood, but the most important feature was the sloped back glass. These cars were built to accommodate NASCAR rules and they propelled Dale Earnhardt to superstar status.

The final pick is another big Chevy–the 1994-96 Impala SS. You may see a pattern here with big Impalas, but this was the last one. It was built on the Caprice platform, and it was pure old school Chevy with a few new-tech tweaks.

This was essentially a four-door 90s muscle car because it had an amped-up small block Chevy with just enough horsepower to stand out in the mid-90s. It also had a police spec undercarriage, so this big Impala could ride the road like it was on rails.