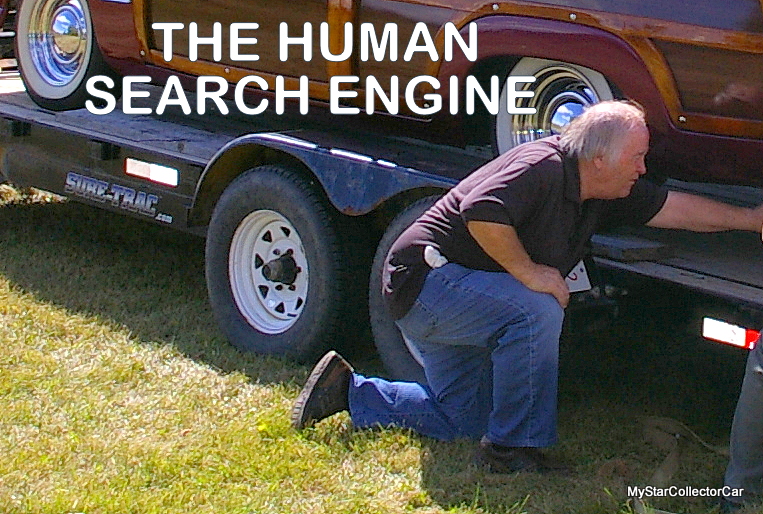 I’ll admit it—there are many times when I’m stumped by a car question simply because:

(b) There are simply too many old cars or trucks to really be an expert on everything.

I prefer (b) as an answer so when I’m stumped I find too many flaws in online information—that’s why  I go to a guy like Wayne Russell.

Wayne’s an old school car guy who’s a walking, talking automotive Google on two legs so when I can’t ID  an old car or truck I send my best guess to him and wait for an answer.

He’s never been stumped and he’s particularly strong in the pre-war automotive era whether it’s domestic or European—Wayne is a true car guy Renaissance Man.

Here are some of the highlights from a few of my many “name that car” requests to Wayne over the years.

This one really threw me—my brother was in Italy and he sent me this picture and I had no idea what it was so Wayne came through with this: “It is a 1938 Fiat. They cut the back half off of the cars and built a flat back on it. They supplied them with boxes or flat decks. Hudson built their pickups the same way in the forties.” 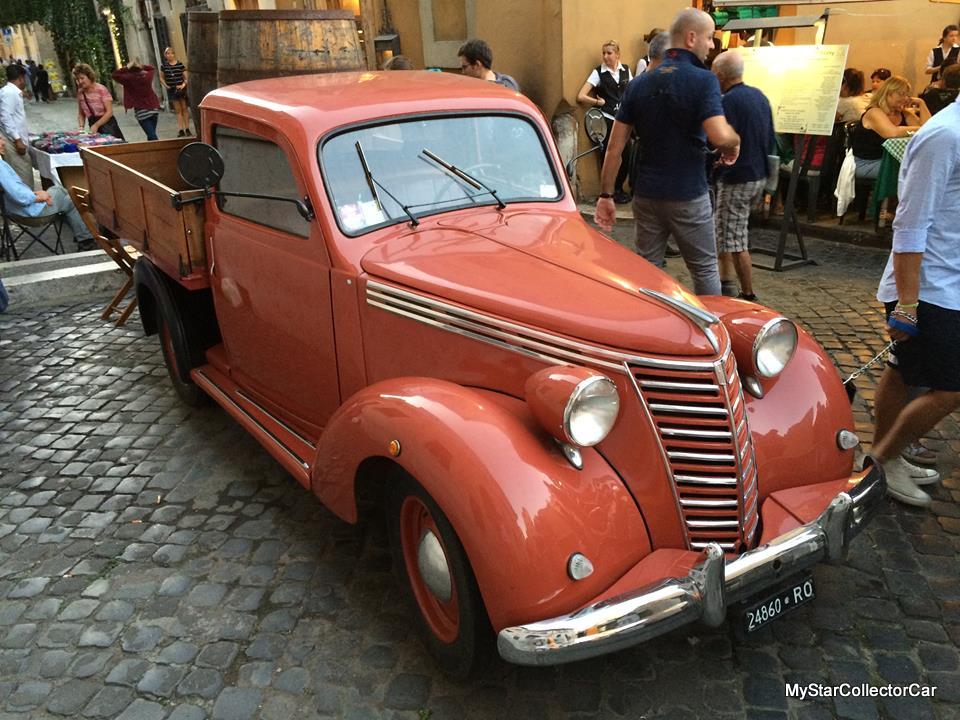 I knew this one was an early 30s Ford but Wayne narrowed it down a million times faster than the hours it would have taken me on the internet: “That blue four door car is a 1931 Ford Model A.  The door handles give it away”. 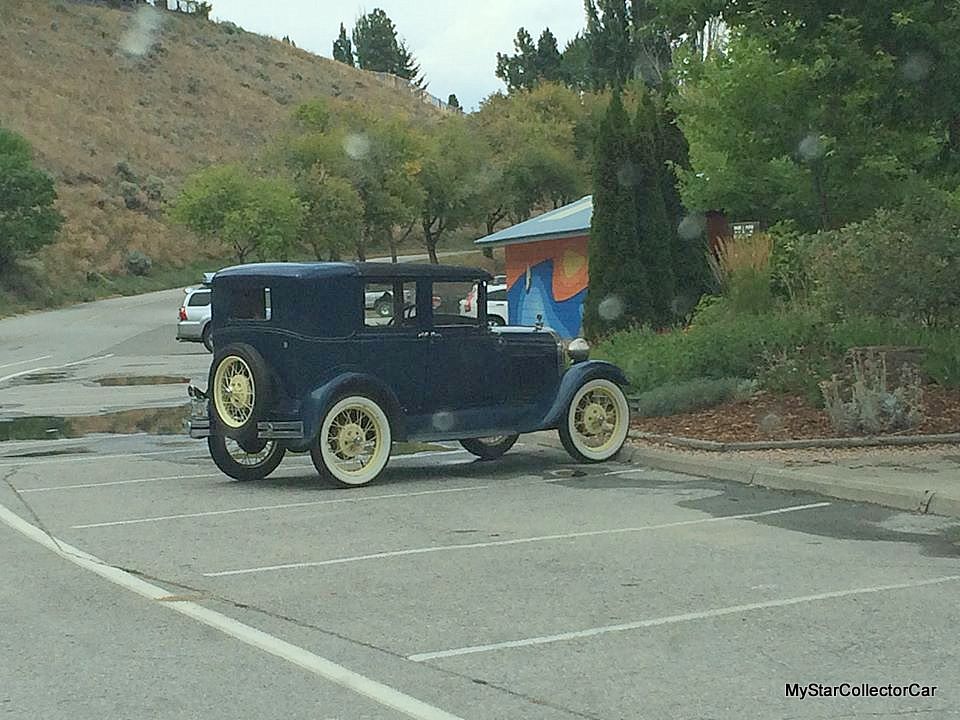 My cousin asked me to ID this one and I could get close because I knew it was late 30s GM but Wayne pinned it down: “JER. IT’S A 1938 CANADIAN PONTIAC”. 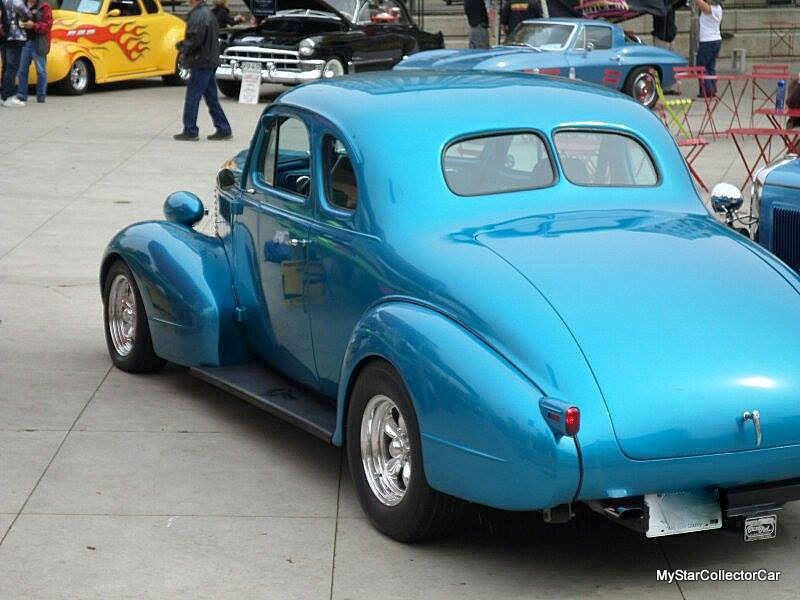 This ID came with a lecture: “Geez.. And you call yourself a MOPAR guy. It’s a 1937 Dodge or Plymouth. The Mopars had the 1 inch raised bead around the fender openings. The rear of the doors on the 35/36 Mopars went straight and down, no forward slant. The 35/36 Ford coupes had the straight up and down rear edge on the doors also. 37/38 General Motors cars had the sloped rear edge on the doors. That body is a 1937 Dodge or Plymouth.” 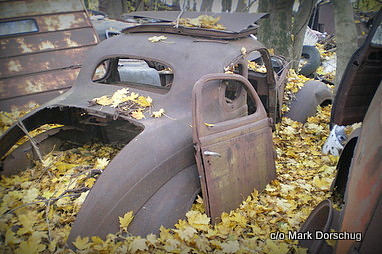 I knew this was an IHC but Wayne moved the ball over the goal line: “If you look at the hood closely it has the International emblem Three Diamonds side by side. It lt looks like a KB2 panel or window panel that has had the roof and side windows (or advertising panels) removed. They were very similar through the mid to late forties but I think that this is probably about 1947. All it needs is a bunch of Shriners and a dozen beer”. 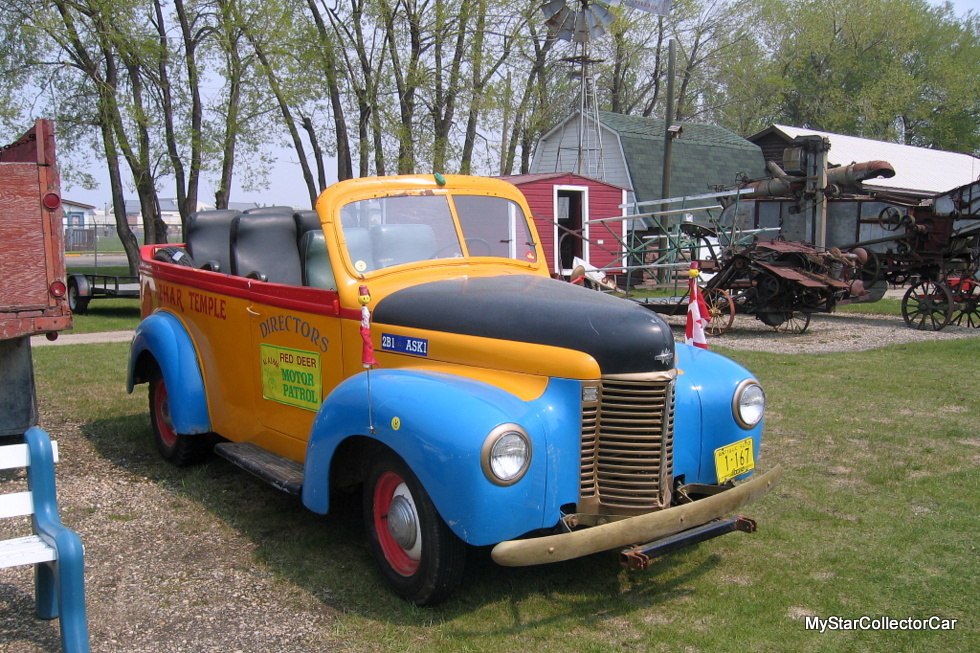 Here’s a car from Uruguay and the best I could do was narrow it down to old and British. Wayne did a lot better: “That car is actually a 1938 Vauxhall. The thing that stands out the most is the body lines on the top of each side of the hood. I have never owned one of these yet…That part of the hood that looks lighter is actually a bit concave”. 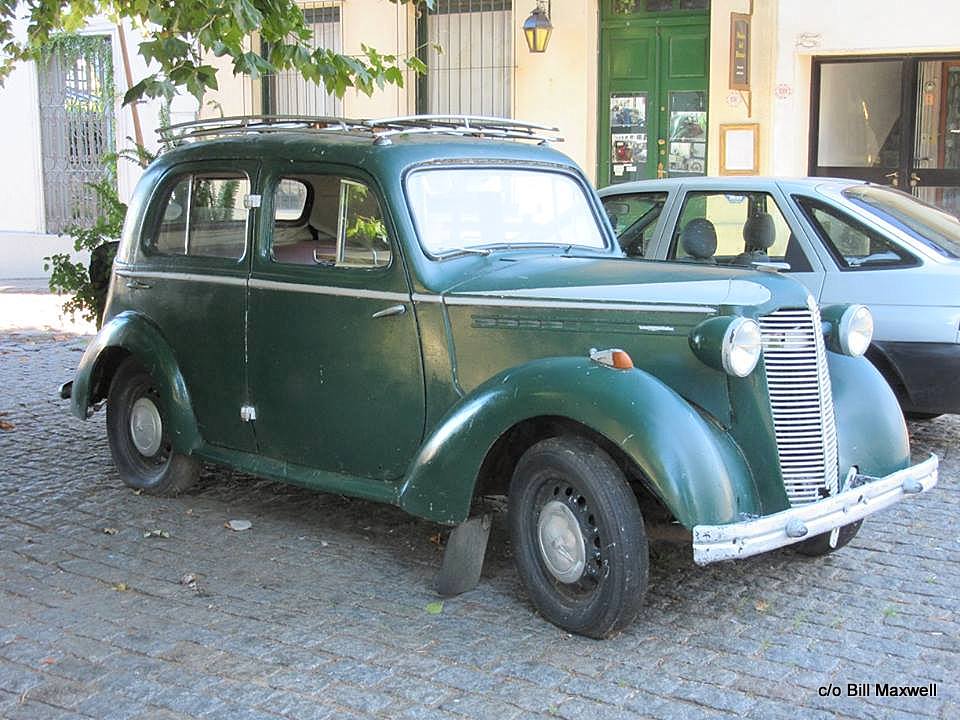 I was closer on this one because I knew it was a Packard but Wayne focused in a lot closer: “Yup that is a 36 – 38 Packard hearse. It is sitting at a place called “Boot Hill ” in Arizona. I saw it personally two years ago”. 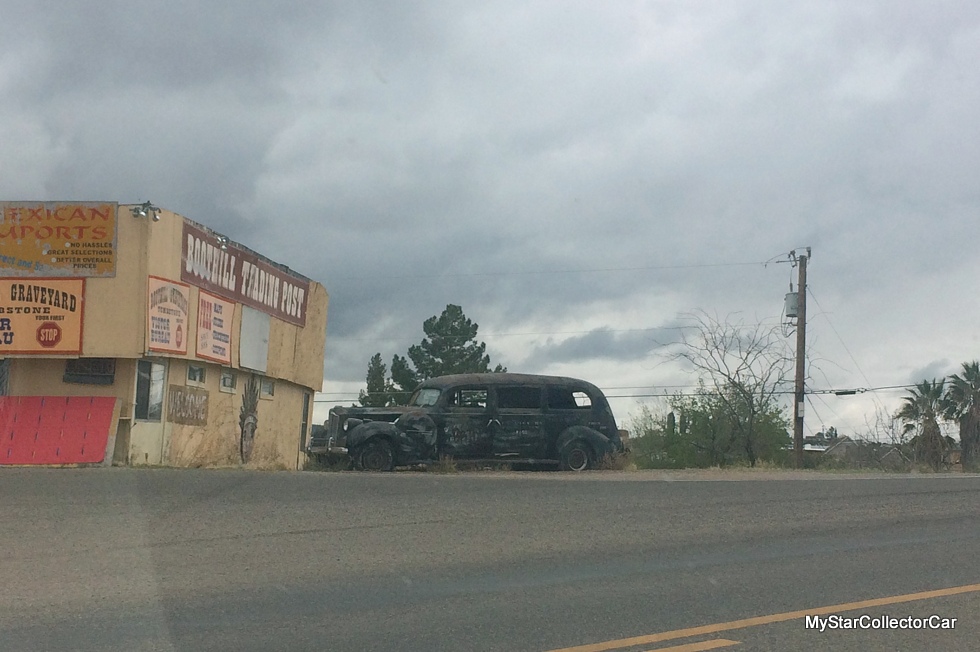 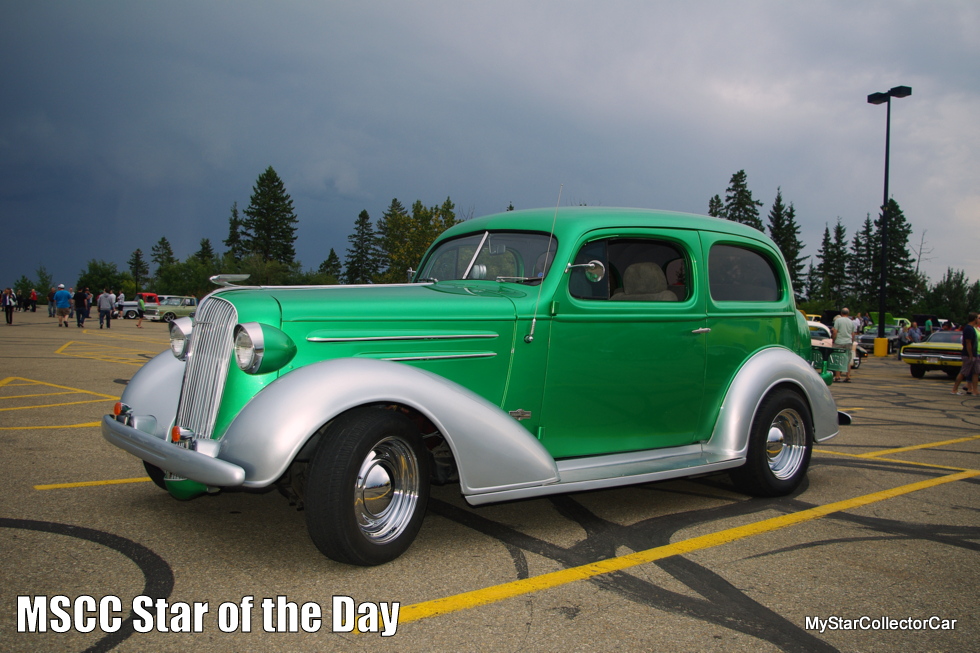 This was a lot tougher and I had no idea what it was but Wayne/Mr. Human Search Engine came through again: “It is hard to tell without the front fenders and windshield frame but it is a 1924-1925 Buick. Someone lowered the headlight bar. Looks like something that Lou Weidner would have driven in the Thirties crusading the dirt oval tracks in Alberta”. 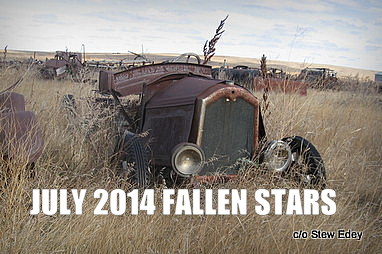 I knew this was a Dodge (from a previous MSCC story about it) after I contacted Wayne but he confirmed it: “If it is a 1935 it is an early model 1935. Half way through the 1935 production run they changed the doors to rear opening doors. Really not any difference between the 34 and the early 35 except the front bumper on the 35 was tapered on the ends a bit”. 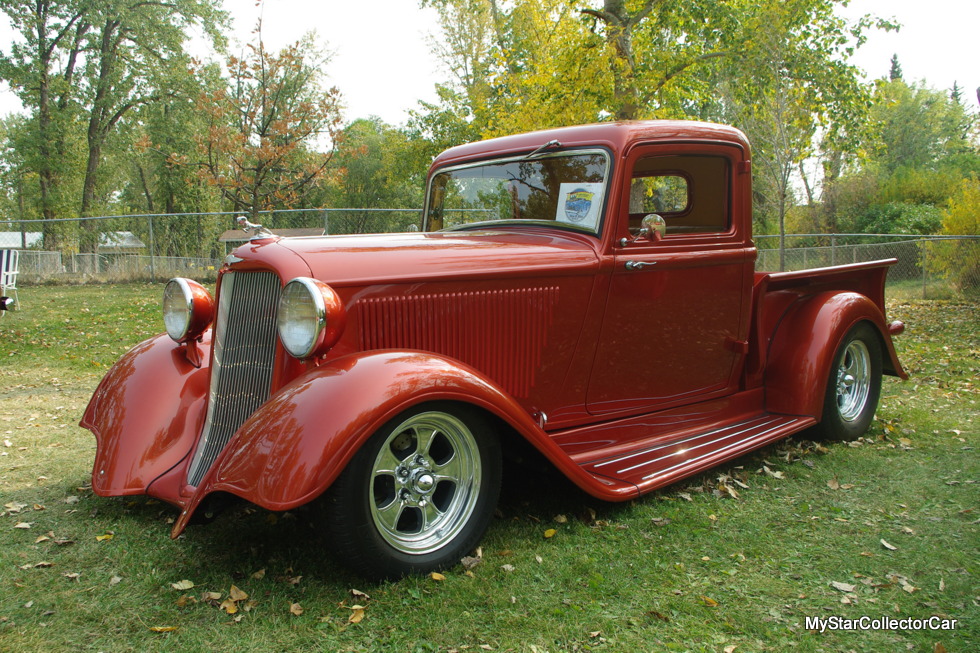 I missed ID-ing this one on my first message to Wayne but after I looked at it I knew it was an Anglia—he filled in the details: “It is a 49-54 Anglia, those five years all looked the same. The first year for the Anglia was 1948 and the differences were:  1948– 3 long upright openings in the grill shell with stainless around them. The grill bars in each opening sat about 1 inch back in the opening. Just in front of each door on the cowl was a louvered opening with the opening pointing backwards.   The 49-54 grill had two long upright openings with stainless around them and the grill bars were actually part of the grill shell—just in front of each door on the cowl instead of the louvered opening there was a small door about 2 inches by 8 inches”. 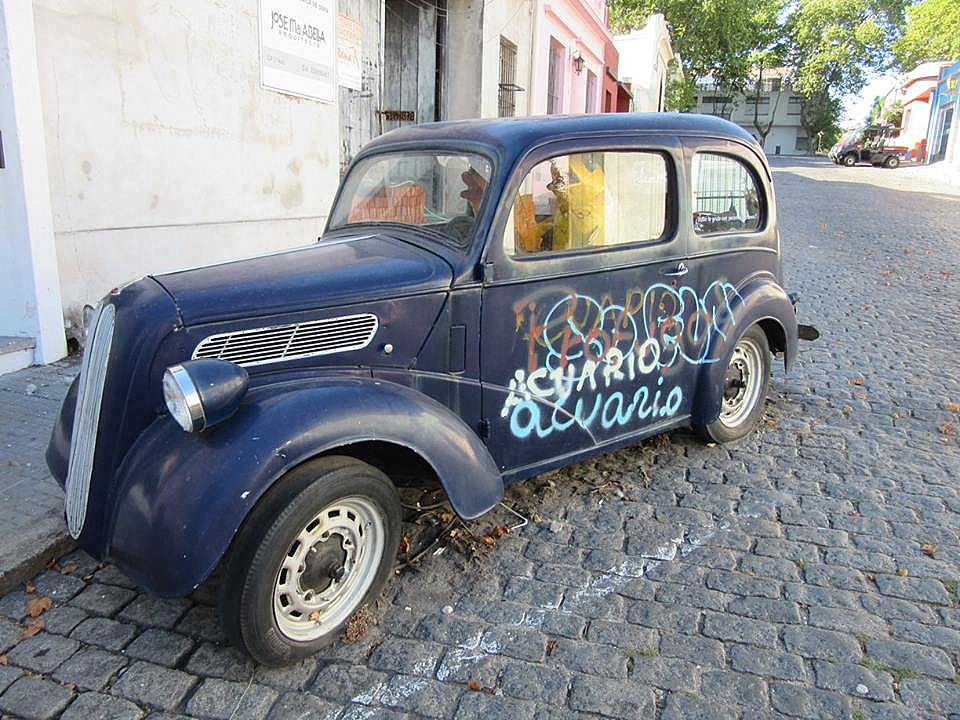 Wayne pulled a giant rabbit out of the hat when he identified these parts as pieces from an early Dodge—I swore these were Model T parts. 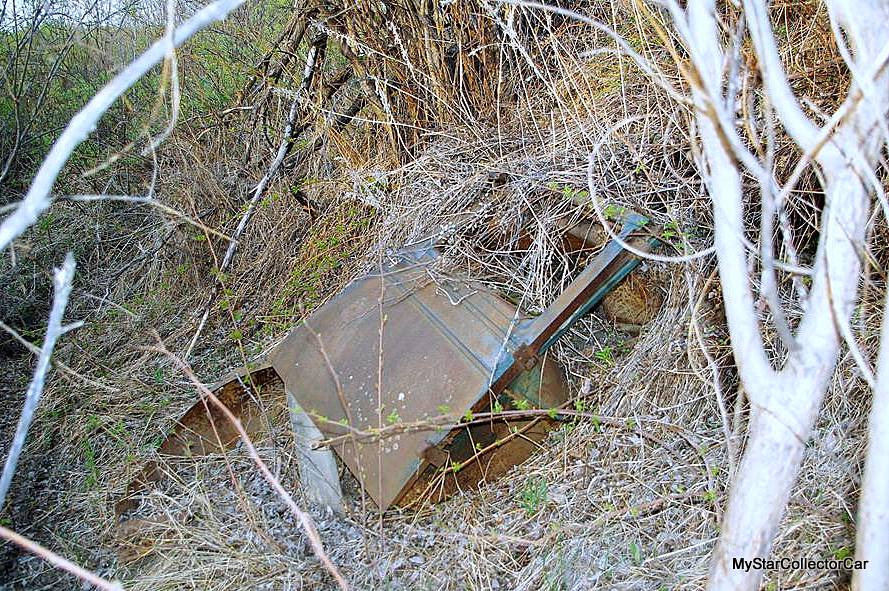 In the end, guys like Wayne have a pretty good attitude about their ability to solve automotive mysteries:

“Hey. No problem. It’s nice to be able to help out.  It’s kind of like playing “Name That Tune “.