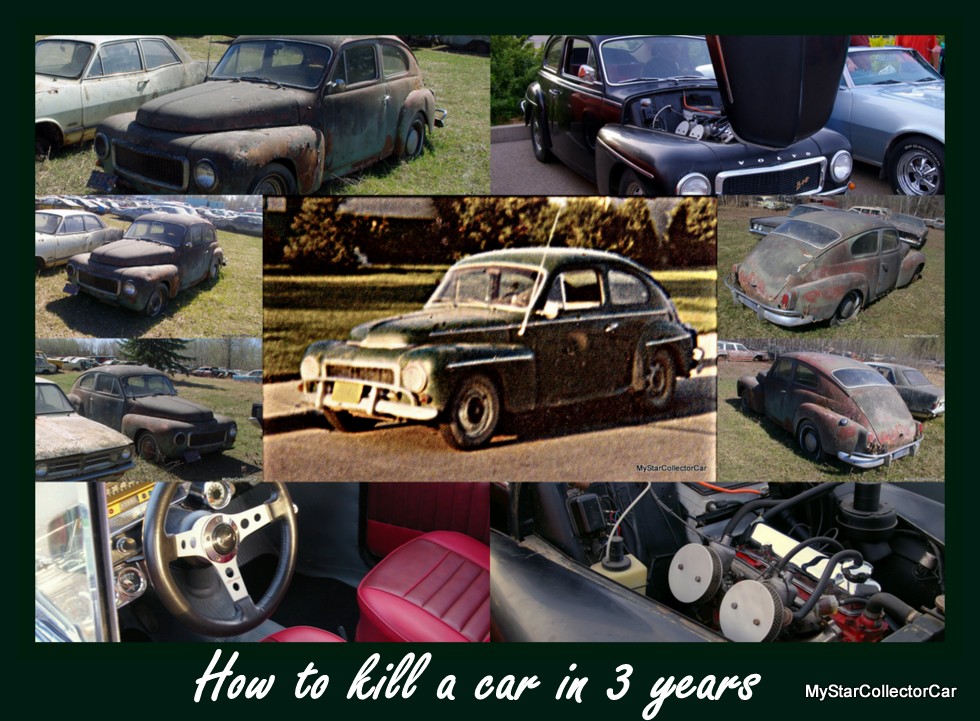 I was a generous combination of hormones and bad decisions when I was 17 going on 18.

I was also the proud owner of a 1962 Volvo 544 given to me by my older brother Bruce after he went in a different direction as a young newlywed.

My brother had purchased the car a few years earlier when it already had over 100,000 miles on it and was still black. 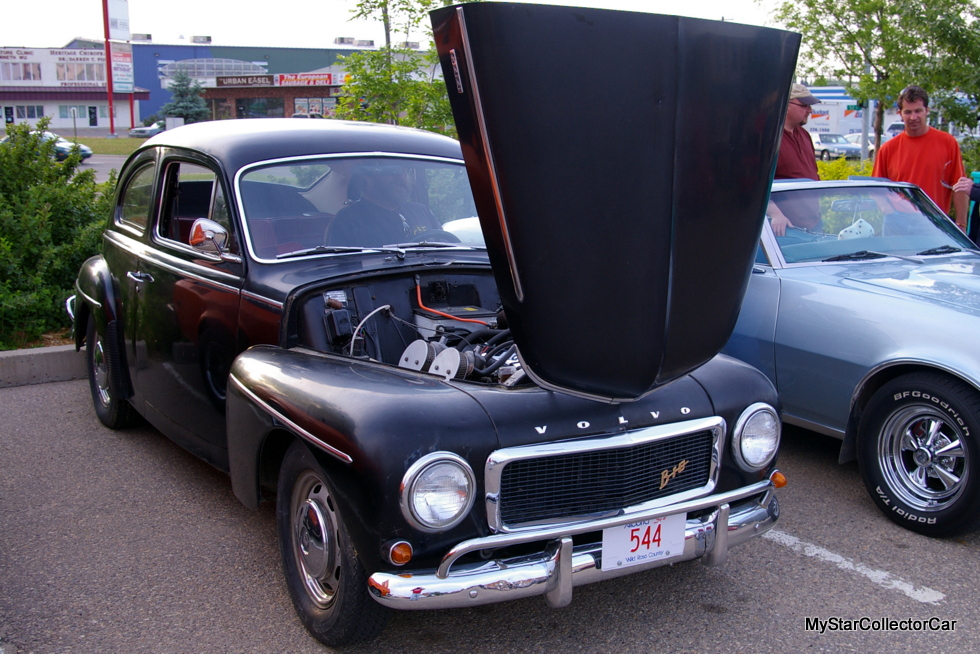 I was too young for even a learner’s permit at the time  but that never stopped me and my twin brother Jerry from time trial tests on the dusty rural road in front of our place. 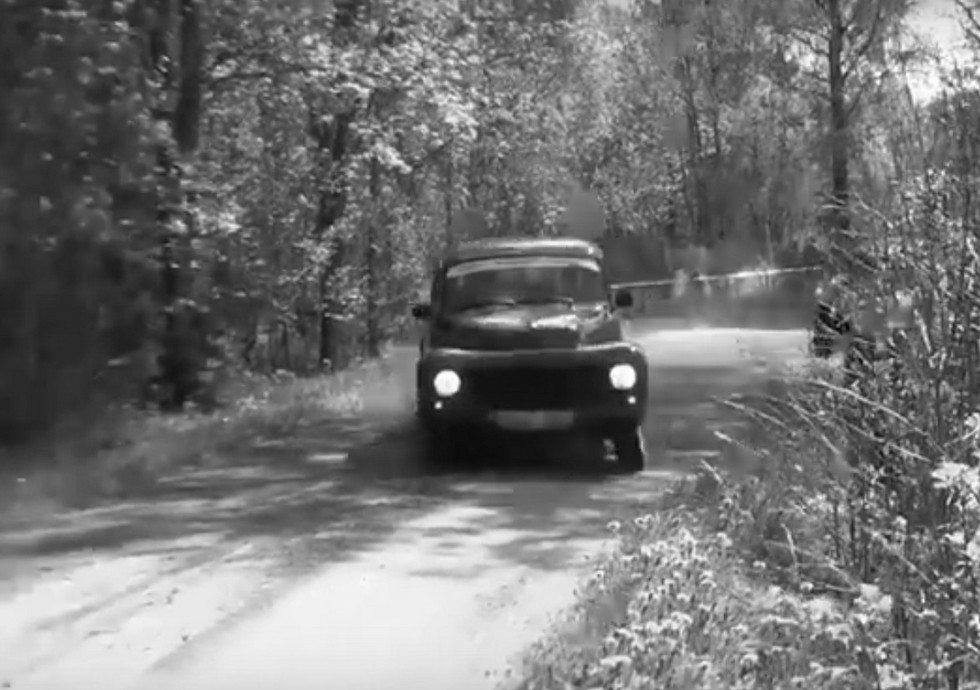 We reached speeds well beyond our capabilities (and comprehension of the consequences of bad high speed driving) behind the wheel of the Volvo on that road. We would always slow down to a crawl as we approached our place and subsequently avoided serious consequences when our parents came home early and caught us on one time trial session.

It was a master stroke of luck to idle the car home for the last quarter mile and we got off light with our father who was in the middle of a long career in traffic law enforcement. He curtailed future car adventures in the Volvo but we were not subjected to further punishment for our road adventure. 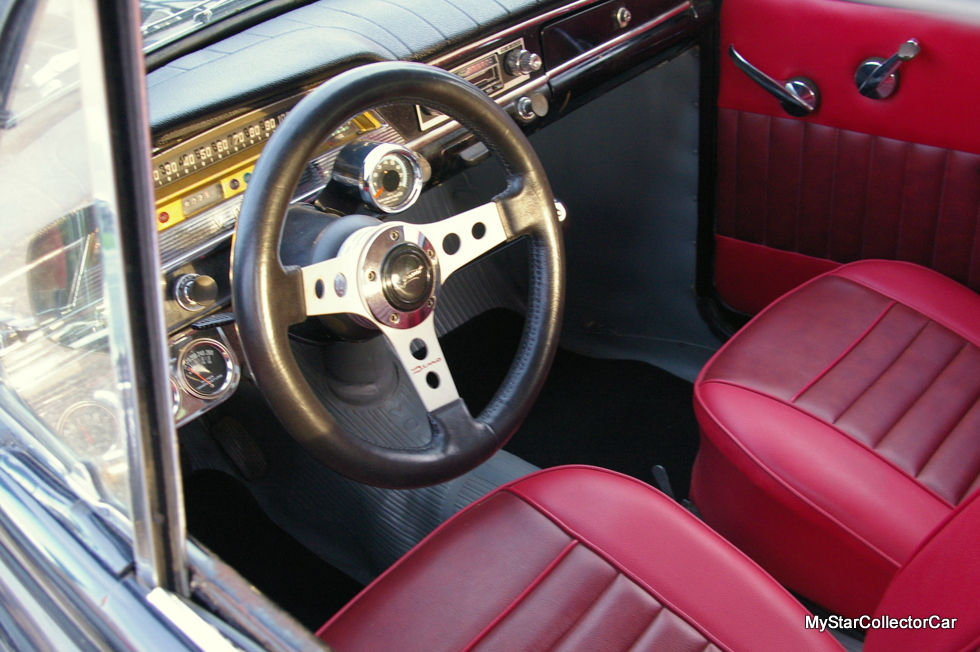 My brother Bruce decided to upgrade the performance in the Volvo and was able to squeeze a significant power increase after an expensive visit to a Volvo performance shop. He celebrated the occasion with a color change and turned the formerly black car into a British racing green Swedish car. 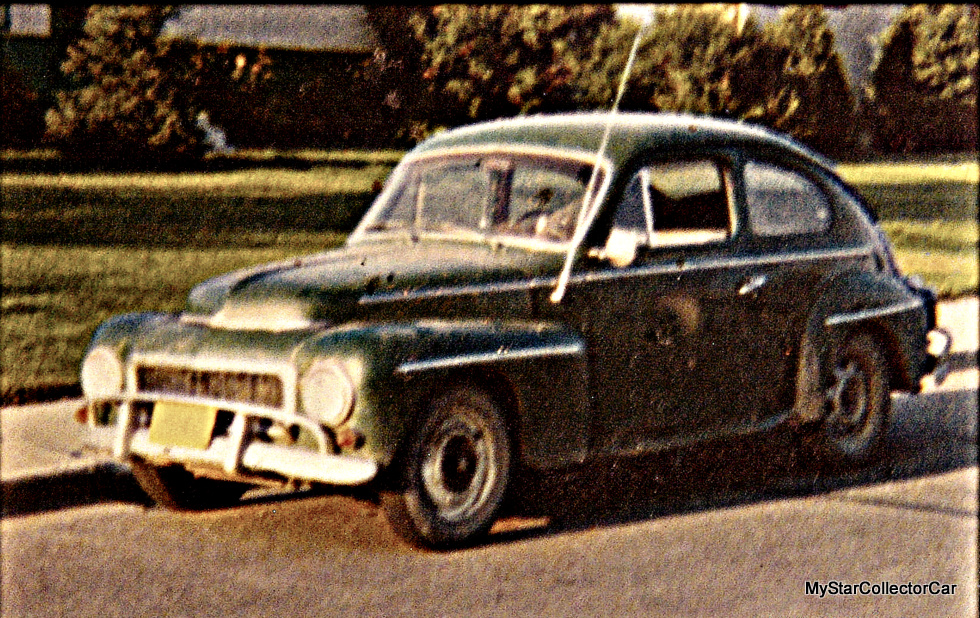 The minimalist exhaust system meant you could hear the Volvo coming from several blocks away if Bruce was in a hurry. It was a sweet sound for me and I hoped that I could own a car like Bruce’s at some future glorious point in my young life.

That day came when I was 17 and Bruce gave me the Volvo. I had blown up the engine on my first car and was burdened with a slow-moving VW microbus as my primary mode of transportation. The VW got even slower when Bruce borrowed it, blew up the 40 horsepower engine while on a camping trip, and replaced it with a worn-out 36 horsepower engine.

He felt bad about the engine incident and that emotion was the catalyst for his decision to give me his Volvo when he moved onto his Mercedes phase in life. 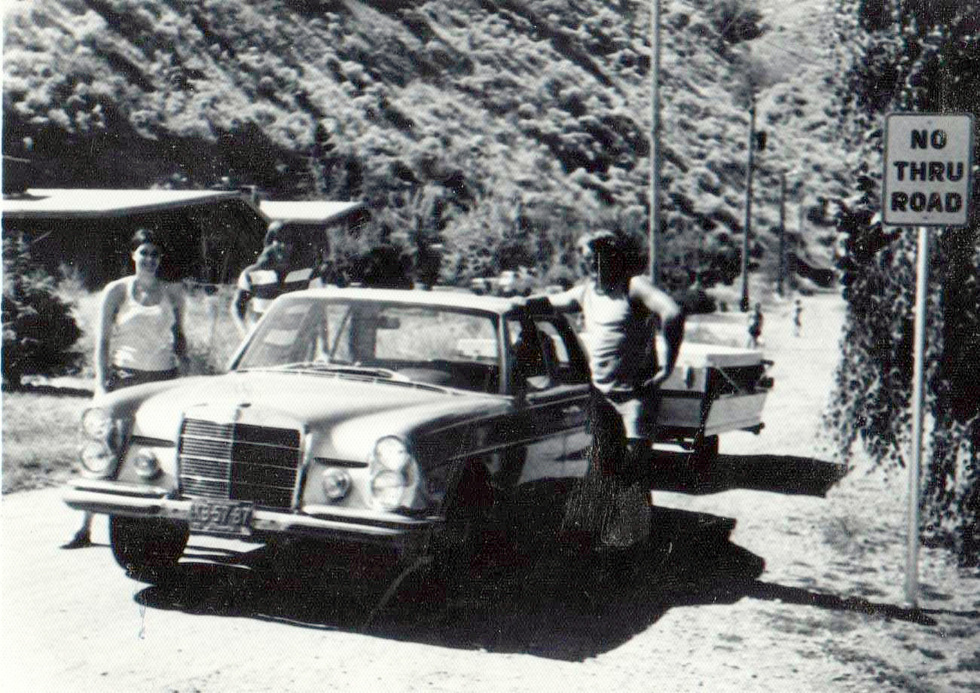 I moved into my Volvo phase of life and proceeded to slowly kill that car for the next 3 years. I think back on the abuse I heaped on that car and wonder how the Volvo and I managed to survive that crazy phase of my life.

Bear in mind my brother Bruce had already put the car into a 360 degree flip on a highway and landed it right back on its wheels with only a small dent before I got it. 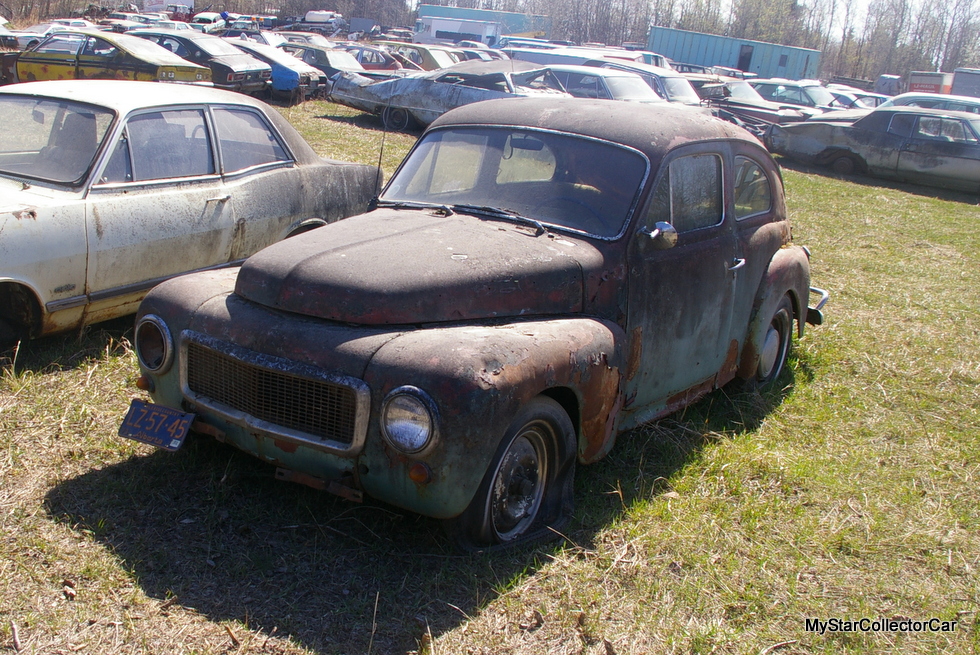 I thought about the Volvo’s long list of repairs under my watch. I drove it fast and hard in an intellectually challenged stunt driver kind of way and paid the price with many episodes of mechanical breakdown. The one constant was willful stupidity on my part. 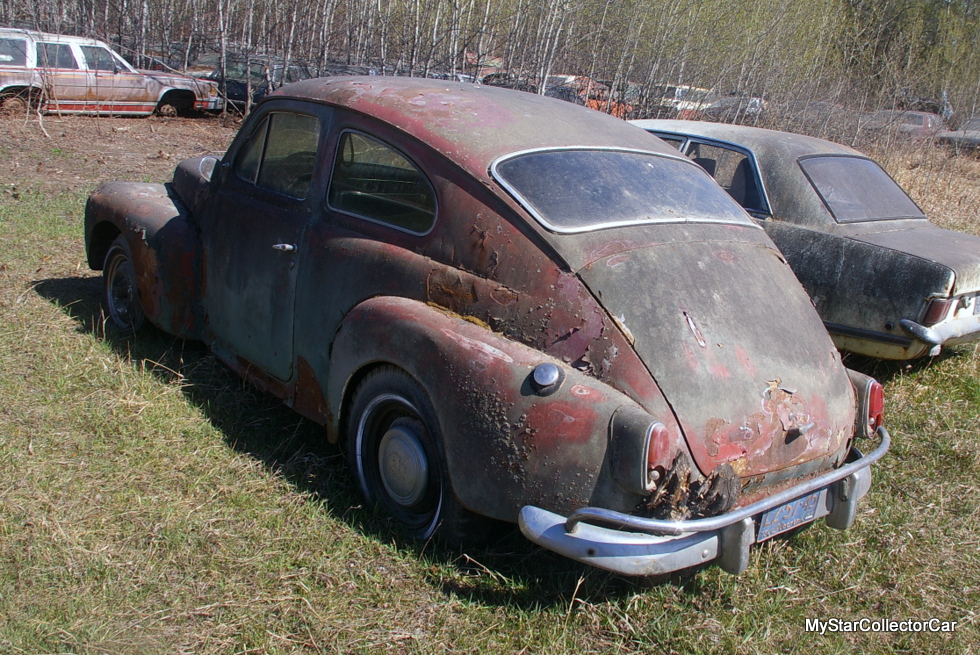 I blew up u-joints in spectacular fashion and almost had one come through the floor in one incident. I also wrecked the shifter forks in the tranny because I wanted to jam gears and get the car up to high speeds as soon as possible so I could blow up the u-joints in a fraction of their normal time.

On one occasion of high speed idiocy, I raced the Volvo at speeds over 100 mph and only slowed down when I noticed a loud clacking noise from the front end. It turned out I had lost half the driver’s side brake drum and the resultant mess was just short of a full catastrophe if the shoes had caught the edge of the badly broken drum missing 1/3 of its metal. I drove it home slowly for the first time. 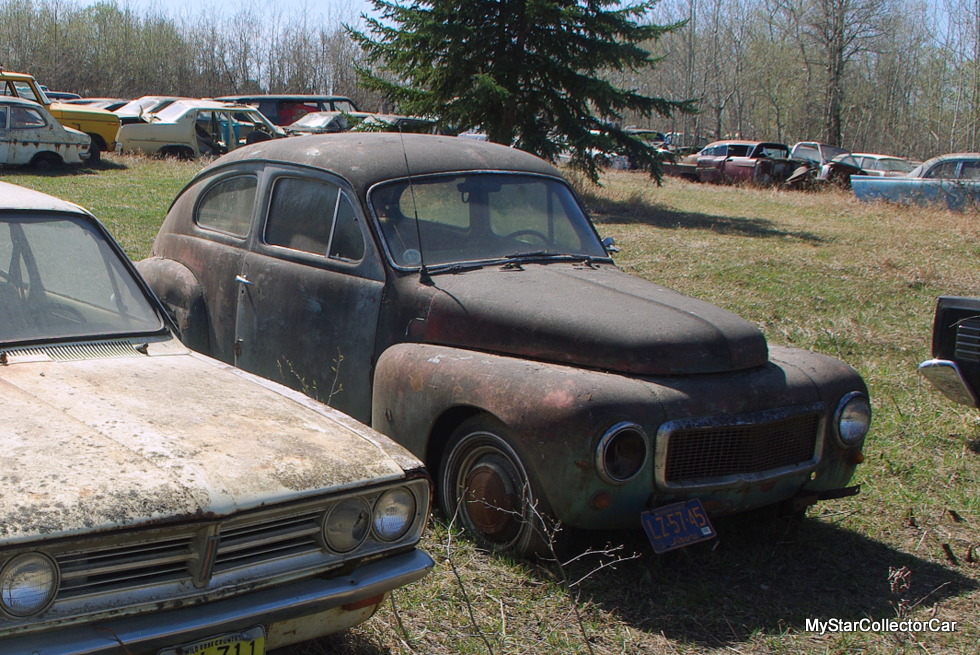 I broke both rear shocks completely loose during one major Dukes of Hazzard moment in the Volvo that took place long before the TV show was even a remote concept for a terrible way to wreck a car.

I also broke the entire upper control arm assembly on the Volvo’s driver’s side during another adventure and somehow convinced a local welding shop to weld it back in place, despite their heavy protests.

I blew the entire exhaust manifold off the car after a series of ignored backfires that sounded like grenade explosions and caused pedestrians to hit the ground before it came loose. I was a few blocks from home and drove the misfiring monster home, despite the noisy and obvious problem. 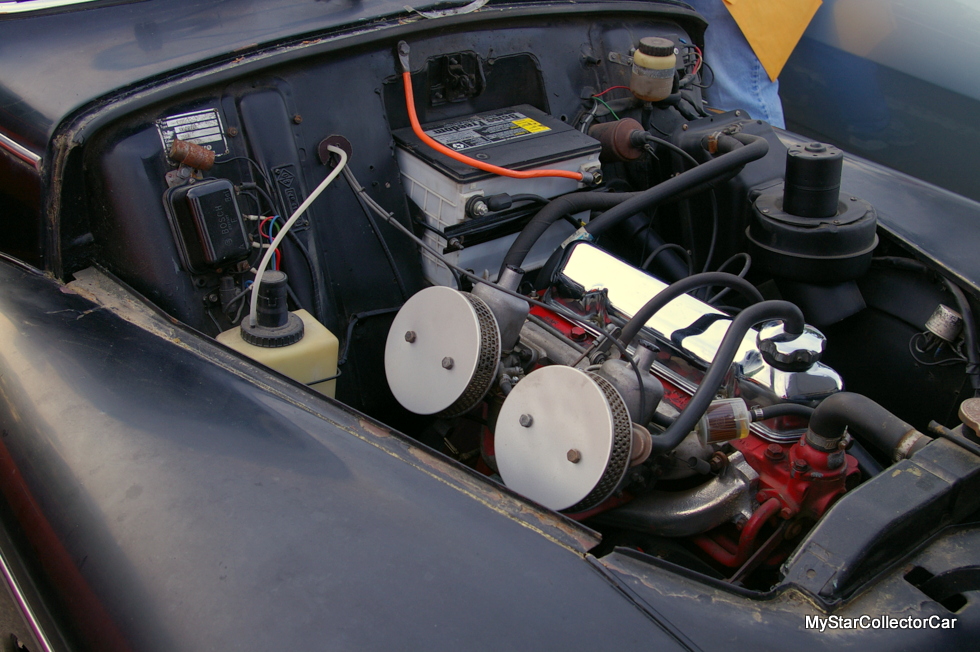 My time with the Volvo eventually came to a close about 2 months after I sank it in a flooded underpass. I would have made it through the underpass if I had just avoided the gas pedal and idled it through the flood, but I was not that smart.

I gunned it, the fan sucked up water, and suddenly I was up to my waist in water in a stalled car. A tow truck pushed me out and the driver told me he would hook up the car because I undoubtedly pushed the fan blades through the radiator. Instead I got lucky and the Volvo fired right up, so I smugly drove it home wrapped in self-delusion about minimal damage to the car. 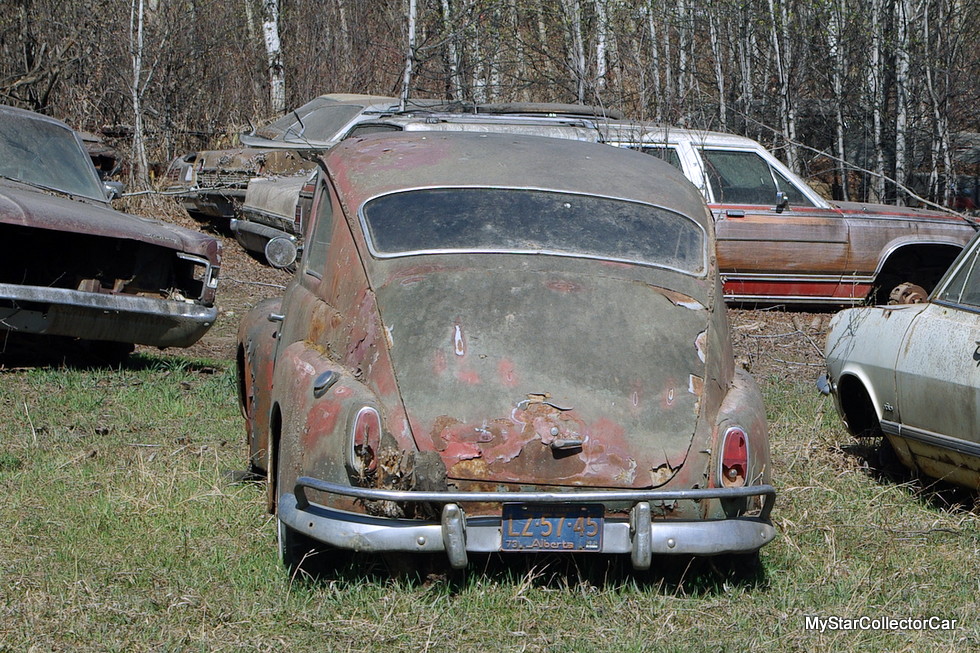 I may not have wiped out the radiator in the great flood but I introduced water to every part of my car up to the door handles and the results were predictable to everyone but me in terms of unseen damage. 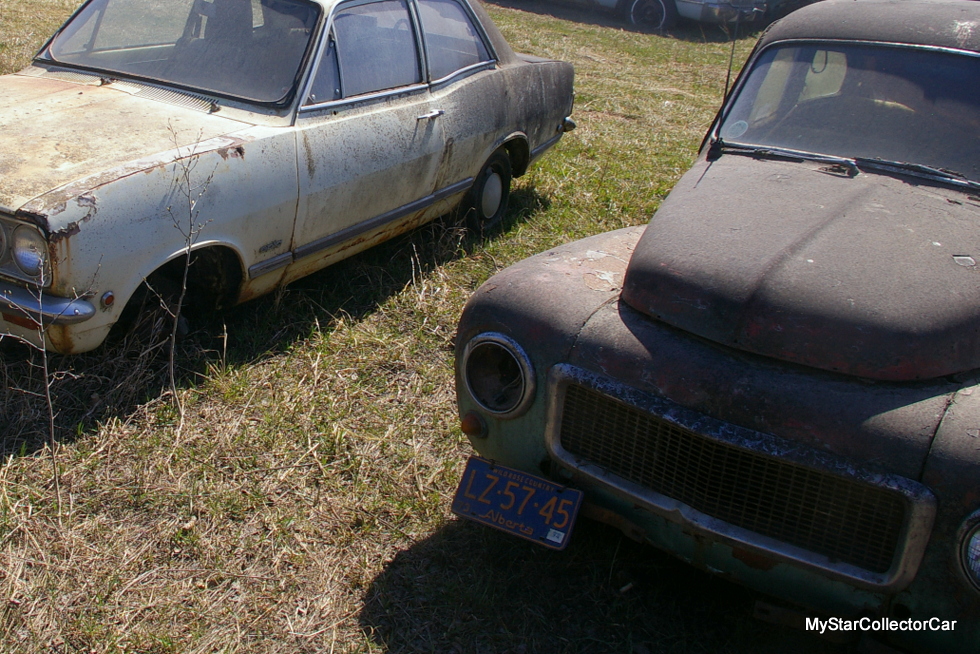 Things got even worse shortly after the flood incident when I towed a buddy and his 544 back into town after he blew up his transmission. The tranny explosion also cut a brake line on his car and he avoided a collision with my Volvo by steering around me and spinning my car completely around into a curb at about 30 mph while tethered to the tow rope.

The damage was mostly concentrated on the rear axle of my car and I needed to replace the wheel bearing on the side that hit the curb. But there was more damage than a mere wheel bearing inflicted by the impact and the cumulative total from years of abuse was finally too much for the car. I was forced to let the car go in favor of a Datsun truck at a local dealership. 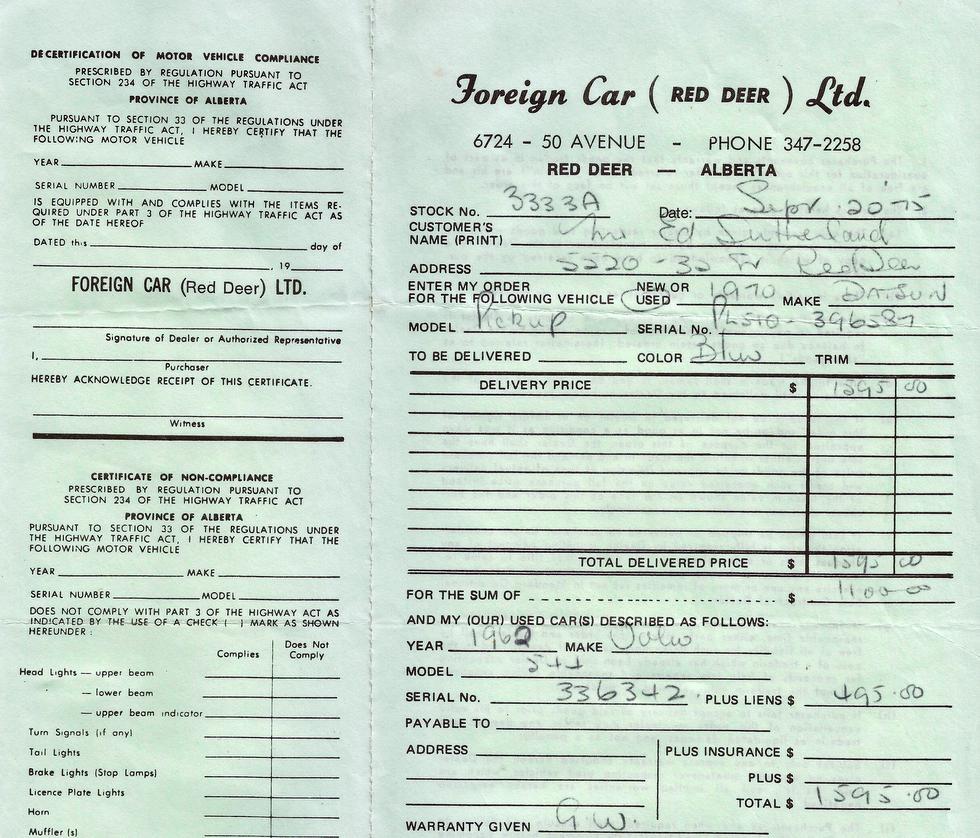 My last ride in the car was in the passenger seat while a salesman ignored my warnings about how to drive the Volvo during a brief test drive. He was a former rally driver who was “racing before I was even born”, in his words.

I told him he had never driven my Volvo and he got scared back into reality after only 2 blocks of driving the car. I saw fear in the eyes of a salesman who had served in World War Two but he did take the car as a trade-in for the Datsun. Many years later, I found out he told his then-teenage daughter that in no way, shape or form was she going to buy my Volvo off the lot.

I said goodbye to my Volvo that day and never looked back at the time. Then I spotted a Volvo with an unconventional green paint job just like mine back in the 90s. I almost turned around to see whether my old friend had indeed survived its time with me all those years ago when it was a big part of my teenage misadventures. 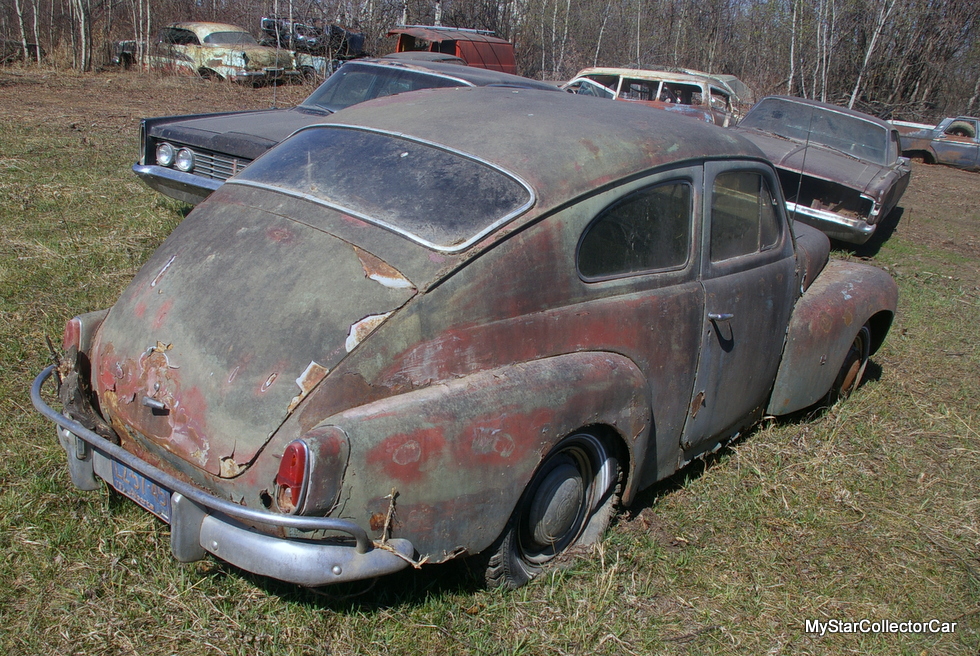 But I kept going that day, despite the enormous temptation to find out whether it actually was my car. I took a cooling-off period of about a month before I drove by the place. The green Volvo was gone and I felt a conflicting sense of intense relief and deep regret because I would have bought the car if it was mine.

In reality, some things in life are best left in the rear view mirror.