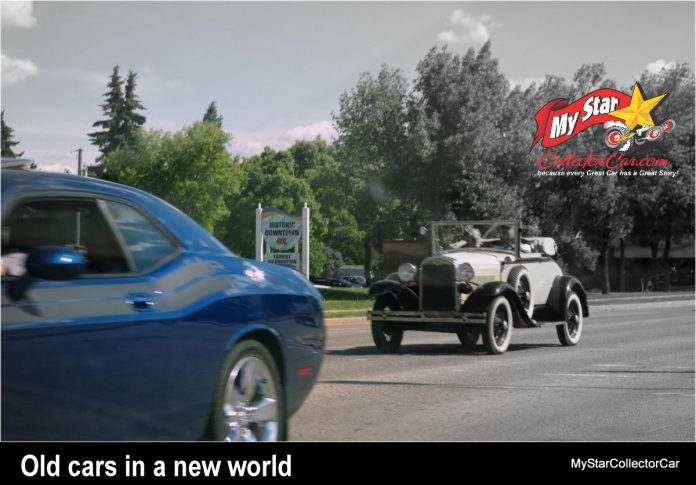 There was a time when old cars were kings of the road.

That time was yesterday when they were brand new and the only option on the table at the time.

The vintage vehicle hobby exists because many car guys have embraced old rides for a variety of excellent reasons that MyStarCollectorCar wants to uncover every time we encounter the owners of these magnificent retro machines.

We seek out owners who choose to drive their prized possessions and applaud their decision to hit the road in the nostalgia machines and face the challenges that arise when old cars meet the 21st century. MyStarCollectorCar has covered this topic many times over the years and intentionally understated the challenges in a few of the articles. Mainly because we encourage people to drive their retro rides whenever they have an opportunity.

However, there are challenges whenever an owner takes his or her old car on a modern road so, in the interest of encouraging more car guys to drive their vintage rides, MyStarCollectorCar would like to borrow heavily from the Boy Scout motto and advise them to “be prepared” for a road trip.

Therefore, we decided to list five ways to prevent (or at least lessen) the chances of a car guy misadventure while driving an old car on 21st century roads.

MyStarCollectorCar’s first suggestion is firmly rooted in the 21st century: take a cell phone with you. The phone is your connection to outside help when the old car breaks down on the road.

Note we said “when” and not “if” your vintage ride dies on a trip, mainly because it is only a matter of time until it happens to you. A cell phone will give you a fighting chance to diagnose the issue and fix it-if you find the solutions on the other end of the phone.

The right solutions may include knowledge that will get you back on the road- or it will be our second suggestion- a good rescue towing card. The phone and a towing service are two solid safety nets for car guys in old vehicles, even if they rob owners of their dignity if said owners are rescued on a road trip.

MyStarCollectorCar’s third road adventure suggestion may eliminate car guy embarrassment when their old rides have mechanical issues on the road: a trunk full of spare parts and the right tools.

Many car guys have played a significant role in the resurrection of their old cars and have acquired enough basic mechanical skills to solve breakdown problems on a road trip-complete engine or transmission failure notwithstanding.

Which brings MyStarCollectorCar to our fourth point: most roadside breakdowns are fixable on the side of the road in an old car because they are pretty simple compared to a new age techno car and do not require an advanced computer science degree to work on them.

Our fifth and final point is also basic: old cars hate new gas and may require some extra attention under the hood, including harder valve seats to handle unleaded gas. Carburetors also dislike new gas because some modern fuel additives think many of the carb’s components are a free buffet, not to mention new gas loses its explosive power quicker than a politician loses his or her integrity.

The open road is no place to learn about old cars and stale new gas, so MyStarCollectorCar advises our readers to exercise their old cars regularly during the summer months and add the right gas preservation measures and/or valve seats during the winter.