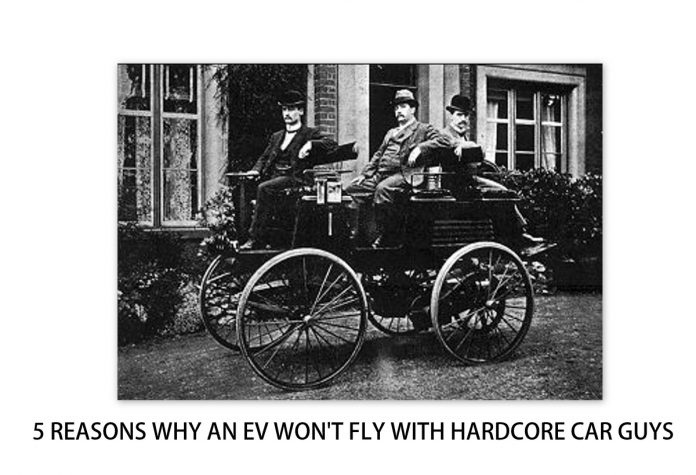 One of the best ways to determine whether we are headed to hell in a hand basket is the buy-in for electric cars.

Electric car religion is a quasi-spiritual place where logic, reality, and critical thinking go to die a horrible death at the hands of a massive propaganda movement that completely ignores the immutable laws of physics regarding battery use, storage, and efficiency in winter-bound countries where brass monkeys fear to tread. Not to mention ruthlessly unchecked strip mining for electric vehicle battery components in countries where human rights are at best a laughable concept.

The last time car guys loved electric powered cars was a million years ago when we had slot car tracks and raced every kid in the neighborhood but now the electric motor has become a grim reality in 2022 for so many inexplicable reasons, given the incredible efficiency found in modern vehicles with internal combustion engines.

Even worse, a few car guys have bought into the Neil Young-approved hallucination that retro cars need an electric motor under their hoods. There are many reasons for car guys not to choose this perilous path. MyStarCollectorCar chose five:

The first reason is real car guys love the internal combustion engine in all its glory-and there is indeed plenty of glory to be found in it. For them, the magic begins every time a gasoline engine gets a fire in its belly and lets the world know it’s ready to feed on fossil fuels.

The second reason is real car guys love the sound of an internal combustion engine in peak form. It is music to their ears and suddenly they can hear a symphony that is much better that the one heard by the Supremes.

The third reason is real car guys love the smell of an internal combustion engine. The aromas range from unburned carbon particles to race fuel, and they are petroleum-based perfume for car guys.

The fifth and final reason for internal combustion engines in the vintage vehicle hobby is acceptance. Most real car guys can cope with (even if they don’t like) a Chevy engine in a Ford or Mopar. After all, it’s still a gas-fired engine; however real car guys will never accept an electric motor in a classic vehicle. Maybe in their lawn mower–but most assuredly not in a vintage ride.