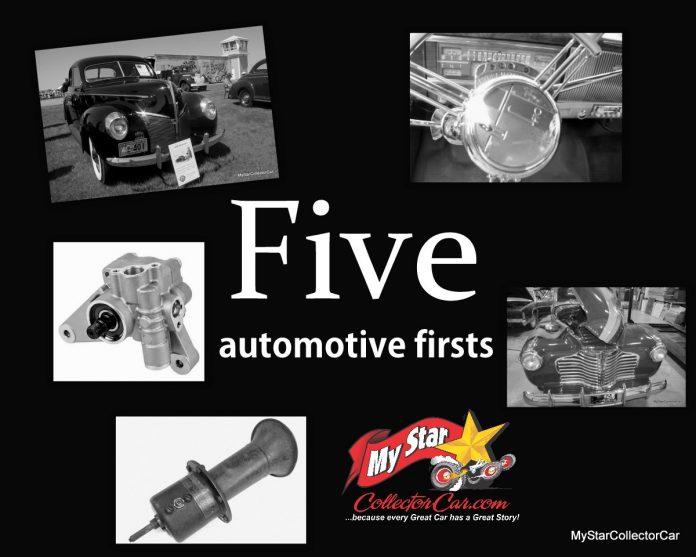 The horseless carriage was an incredible invention when it debuted at the turn of the 20th century and became a game changer in the transportation world.

Eventually the only horsepower left were the ponies under the hood, and they fed on a steady diet of a gallon of fuel instead of a bucket of oats.

The 20th century was remarkable because of its rapid advancements, including the automobile. Cars got more powerful and faster in short order during the 20th century, but they also became more advanced in other ways during that era. MyStarCollectorCar would like to list five items that pushed the automobile a little further along the evolutionary trail.

The first item on MyStarCollectorCar’s innovation list is arguably the most annoying one on our list, although our example was likely one of the least annoying pioneer electric features on a car: the Model T horn.

Eventually cars would get a loud horn that was guaranteed to inspire fistfights when generously applied in traffic, but the cartoon-like sound of the Model T was more likely to initiate a smile instead of a punch during its heyday.

The second item on our innovation list is less likely to promote spontaneous violence among drivers if it is actually used in traffic situations: the car’s turn signal lights. Nothing says I am a self-centered and thoughtless blockhead than choosing not to use signal lights whenever the situation warrants it-specifically every time a driver turns a corner or changes lanes.

This very useful device was first used as a mass production feature in late 1930s-early 40s high-end GM products and was included in most domestic cars by the 1950s. There is no data on when drivers first chose to ignore the signal light feature in their cars.

The third item on our innovation list is power steering in mass production cars, a feature that was introduced in the 1951 Chrysler Imperial. Bear in mind domestic car engines were giant chunks of thick cast iron that typically failed miserably in the critical power-to- weight ratio test.

One would guess that engines from that era were likely used as anchors for aircraft carriers, so the idea of wrestling with a giant steering wheel to move a large car with a boat anchor engine into a small parking space had little to zero appeal for drivers. Enter the power steering option for owners who did not want a hard workout every time they went to the grocery store.

The fifth and final innovation on our MyStarCollectorCar list are sealed beam headlights. Headlights have evolved well beyond sealed headlights in 2022, but they were a brand-new feature in 1940, mainly because they were a standardized and efficient illumination system in a one-size-fits-all sense at the time.

The United States had not yet officially entered WWII, but it was already gearing up in a production sense, including uncomplicated headlights.

The looming war inspired lawmakers to move forward in standard headlight regulations-proving that sometimes politicians do get things right. Key word is sometimes.