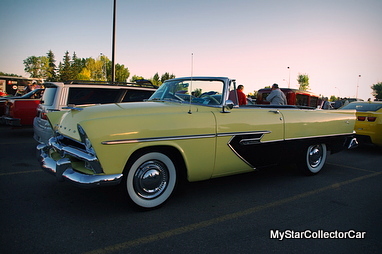 ‘56 Plymouth Belvedere convertibles are on the high side of rare in 2014 because they only made about 6700 copies of these incredible cars in 1956.

The math is easy when you add sixty years into the equation. 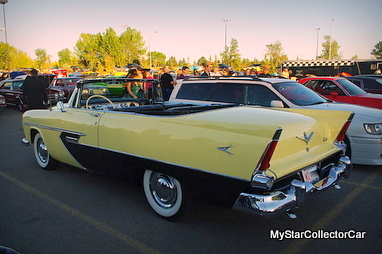 Rob Elliot followed that plan to become a proud owner as he explained: “It was out of Seattle and it was on a gypsy car lot back in ’78. I had a two-door wagon back then (not for long) and I was looking for fenders and I found this”.

The decision was quick because Rob knew he had to have this classic Plymouth so the deal was cut.

This was a classic case of love at first sight because this car drew Rob in for a lifetime commitment.This Plymouth convertible stayed around for the long term. 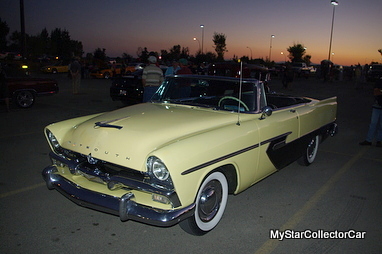 This car had a solid previous owner because, as Rob explained, “It was just like that condition wise except it had a ’64 power train but now it’s back to a 277”. 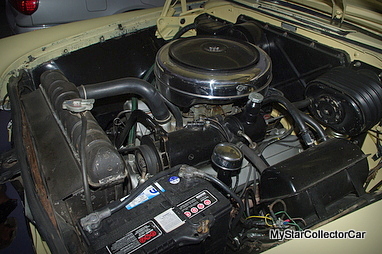 Clearly, Rob has spent a lot of time on the road behind the wheel of his ’56 Belvedere convertible and he has a standard line to explain the relationship, “I used to have long hair back in ’78 but driving this car blew it all off. This car can easily run along at 70 miles per hour but it’ll cruise all day at 65-70 “. 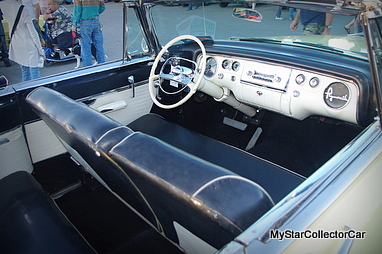 Ron singled out two that really stood out in a lengthy list, “I’ve taken it out to the coast a couple of times, top down all the way”. 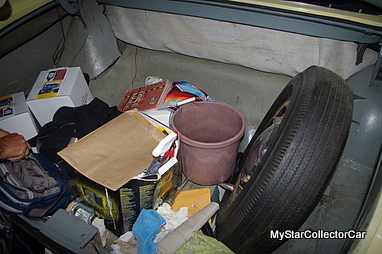 Road trips like that are the stuff of dreams for car guys. 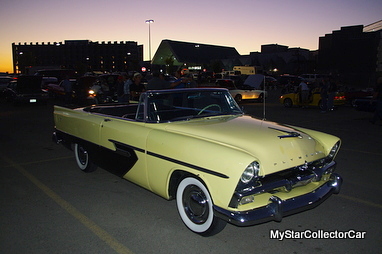 This car is completely stock but it has a few factory options as Rob explained, “It’s got two-way power seats and factory seat cushions-everything’s been worked on”.

There is a huge demand for cars like this as a promotional vehicle and Rob has answered the call many times: “It’s been used at football games at McMahon Stadium at special events like carrying some of the 1948 Stampeders football team around the field and it’s been at my brother’s wedding and a few other weddings too”. 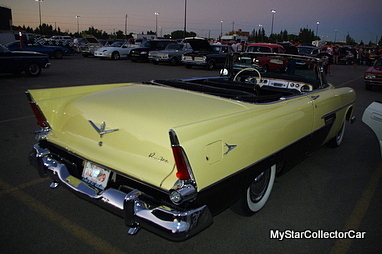 This classic fin car would be a welcome and unique addition to any special event because you don’t see fleets of 1956 Plymouth Belvedere convertibles on every street corner in 2014.

Rob had the car at a show back in September 2013 on a balmy night and he was looking forward to the ride home as he explained, “It’s the perfect night for top down driving”. Every car guy at the show envied that statement. 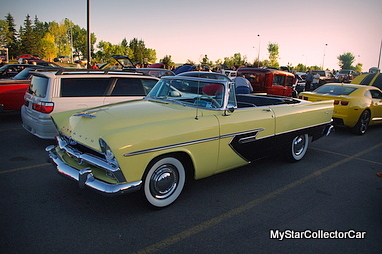 Relationships between a car and its owner are similar to human relationships because over time some car guys get bored and restless for something different and the next step is a “for sale” ad. Call it a car guy divorce. 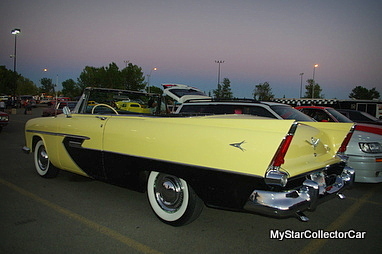 ‘56 Plymouth convertibles will do that.

SEPTEMBER 2012 STARS OF THE SHOW—COMMUNITY SPIRIT AND CLASSIC IRON