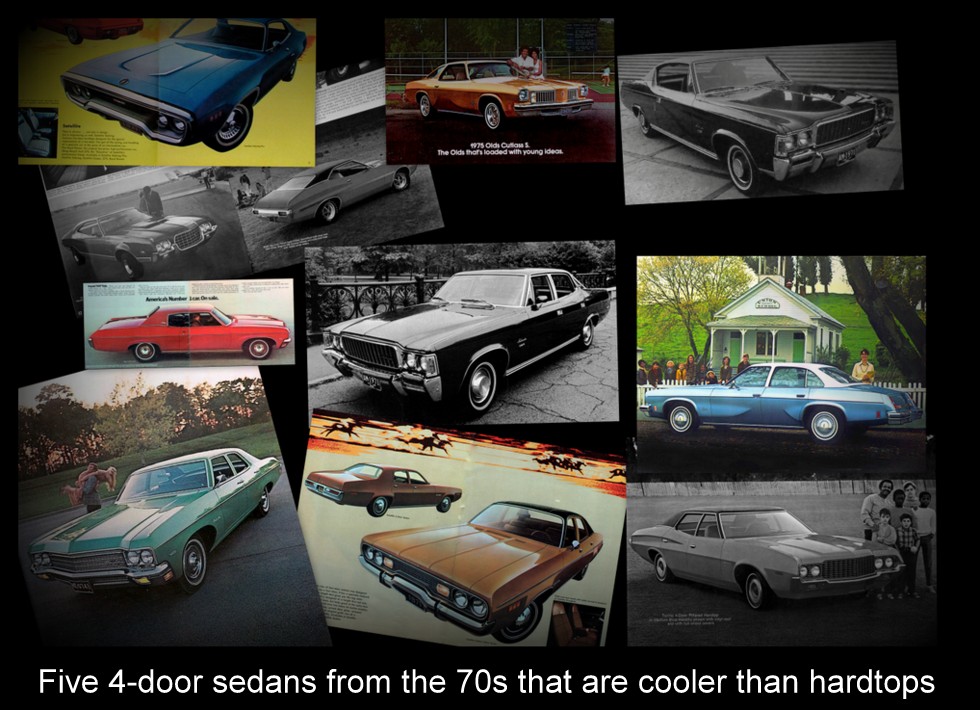 There are thousands of jokes about four-door sedans in the car hobby and none of them celebrate the extra two doors.

In fact, they call them ‘more doors’ and that label is comparable to the dreaded ‘Stinky’ nickname in grade school—other nicknames include Granny Car or the more sinister Donor Car.

Funny names for 4-door sedans may work for the humor-impaired in society but what happens when the cars with extra doors are a lot cooler-looking than their more popular  siblings—the two-door hardtops and the convertibles?

A great case could be made for the 1970 Chevy 4-door sedan. The two-door hardtop version of the ’70 Impala had run its course over the last 5 years after the spectacular debut of the ’65 Impala.

Full-sized Chevys were bigger, wider and migrating towards Oldsmobile proportions by 1970 so the two-door roofline looked a little lost on the big Chevys but the four-door roofline meshed with the hood and trunk a lot better because the cab area looked a lot more centered. 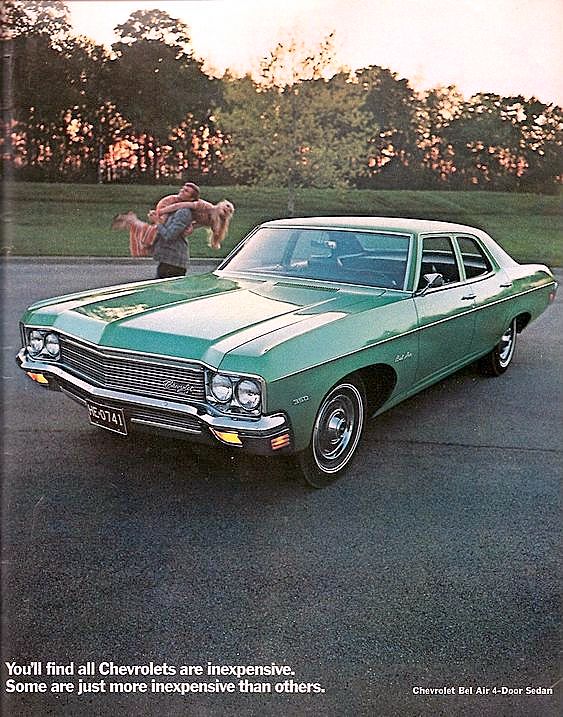 The 1971 Plymouths Satellites are another great example of a more symmetric roofline. The ’71 Plymouth Satellite two-door hardtops were a decent-looking car because they introduced the Coke-bottle lines but they also had that offset cab look with the short deck and long hood. 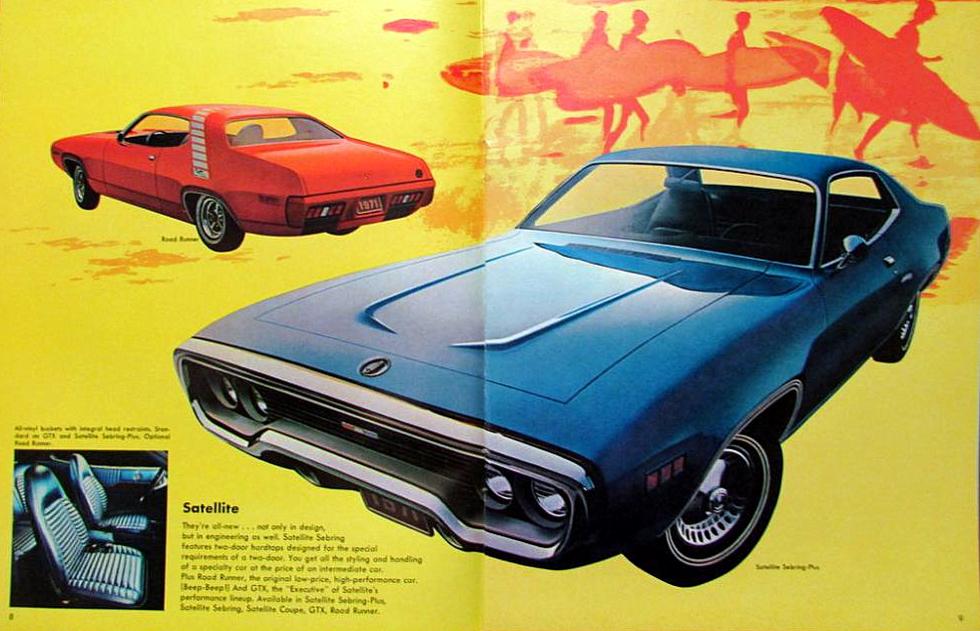 The Satellite 4-door sedans placed the cab in a more central location on the body plus the non-recessed  front grill meshed with the lines a lot better. They were some of the cleanest-looking police cars and taxi cabs ever built but you’ll never see a more-door ’71 Satellite at most Mopar shows because they don’t pass the traditional cool factor tests. 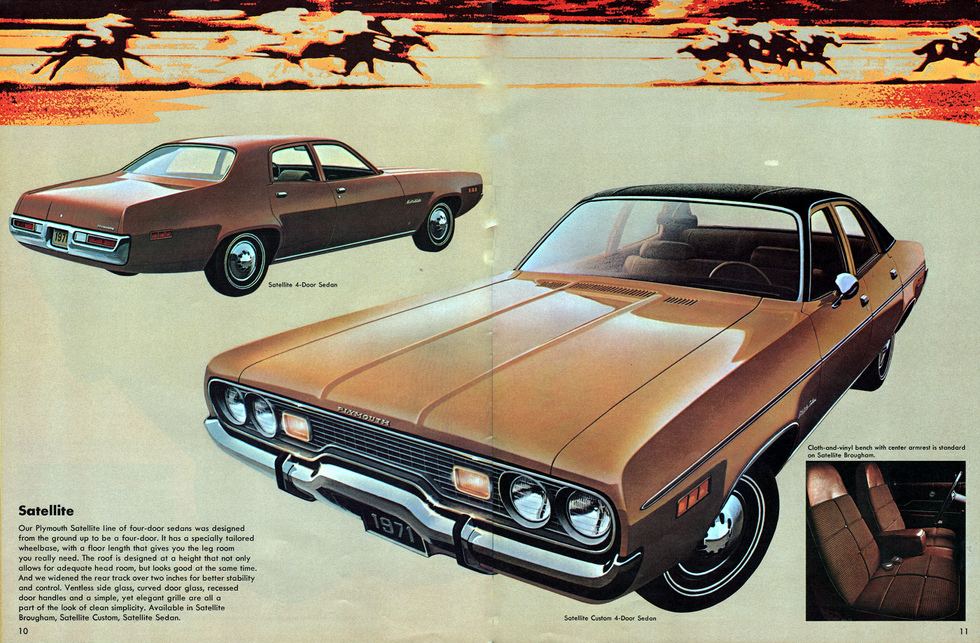 Clint Eastwood made the ’72 Gran Torino two-door hardtop famous and to his credit, they are vastly underappreciated cars. They had one of the most distinctive two-door rooflines ever produced during the Me Decade.

Despite that imposing C-pillar, Clint’s Torino was outgunned by the less glamorous 4-door sedan. The biggest reason—again—is the placement of the cab area. The shorter deck is less obvious in the sedan and the C-pillar is less dramatic so you end up with more symmetry plus they looked tougher…with all due respect to the legendary Mr. Eastwood. 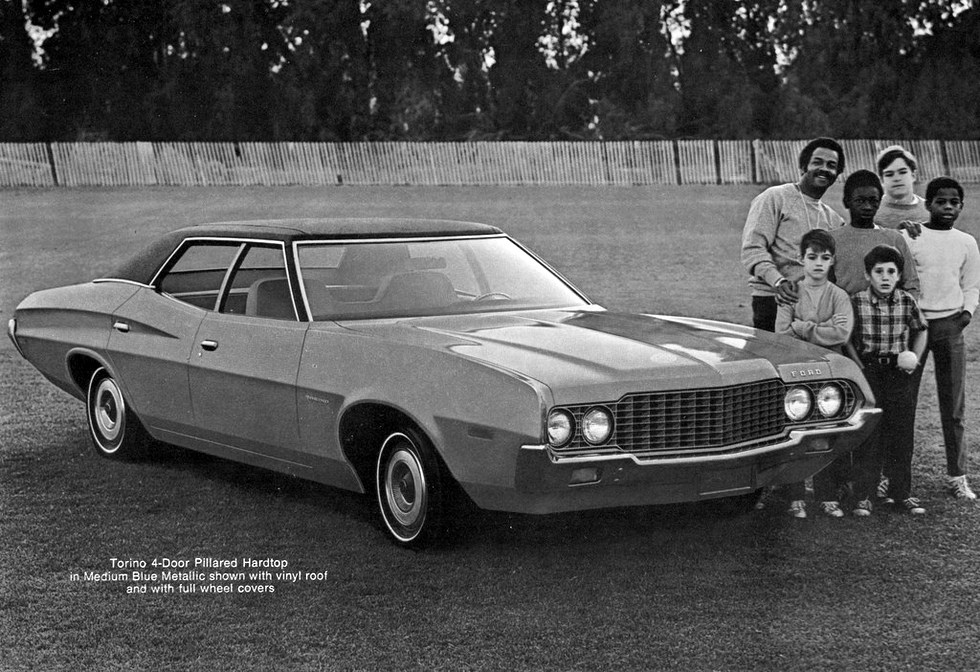 The 1971 AMC Ambassador two-door hardtop is a good-looking car but its roofline goes back to the ’67 lineup so it wasn’t groundbreaking by ’71. You won’t see many of them at any shows and that makes them rare and cool but the Ambassador two-doors had a very competitive 4-door sibling. 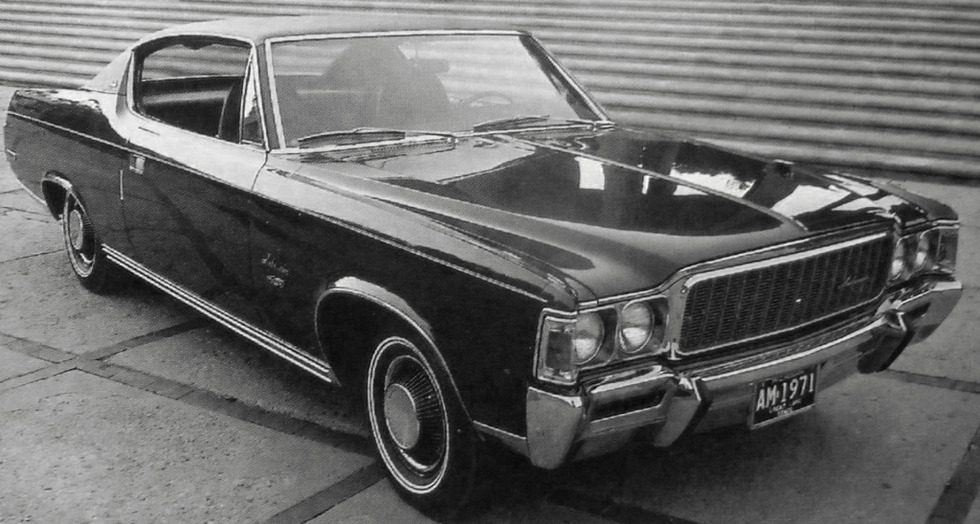 The ’71 Ambassador 4-door sedan had the styling advantages of the 2-door hardtop but it didn’t scream ’67 Rebel with the C-pillar. The 4-doors looked dignified and contemporary in a 1971 world. 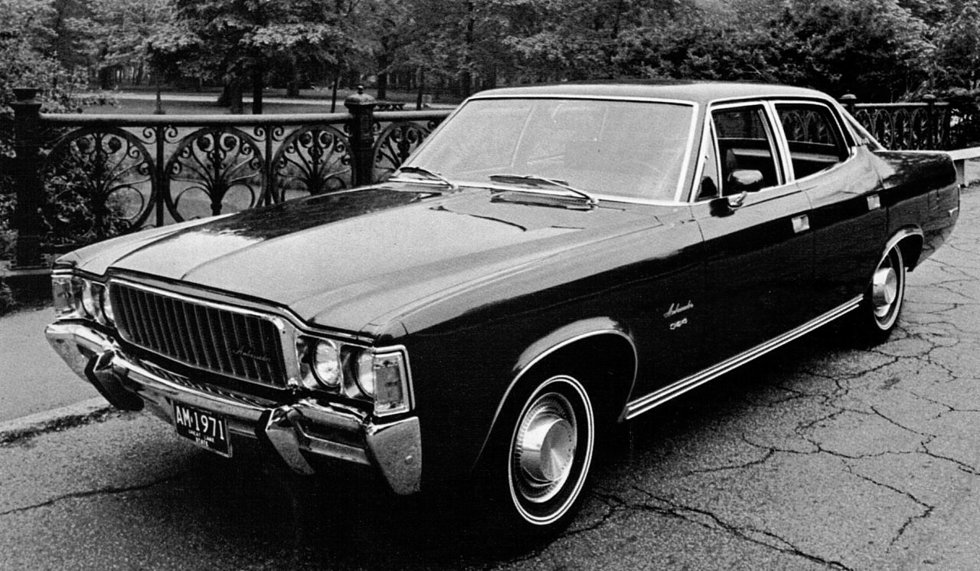 The last cool 1970s 4-door comes from the mid-70s. The 1975 Oldsmobile Cutlass 4-door sedan had the two-door hardtop version beat on many fronts. 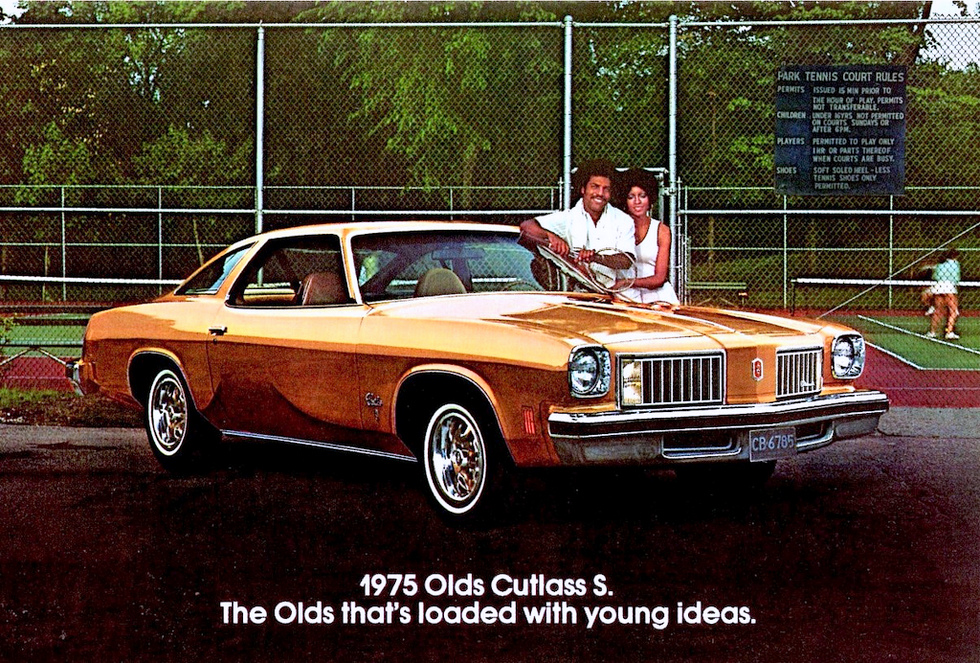 There’s the obvious reason—the thick C-pillar on the hardtop was a sudden lane change away from being a catastrophic problem. The sedan has a lot more greenhouse area—especially in the rear windows plus they (like most of these sedans) made the cab look like it was closer to the middle of the body. That smaller trunk, average cab and giant hood look was in the last few years of its run so the 4-door was already ahead of the curve. 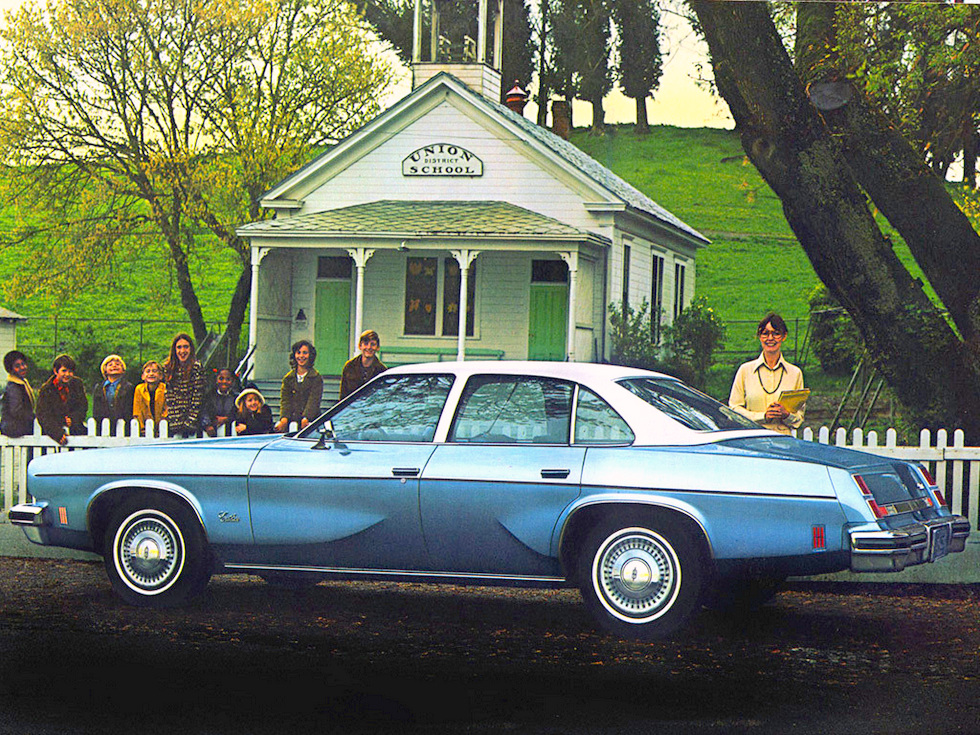 The 4-door sedan’s value will always be a raging debate in the car hobby but if this article saves even one from oblivion, the world will be a better place.