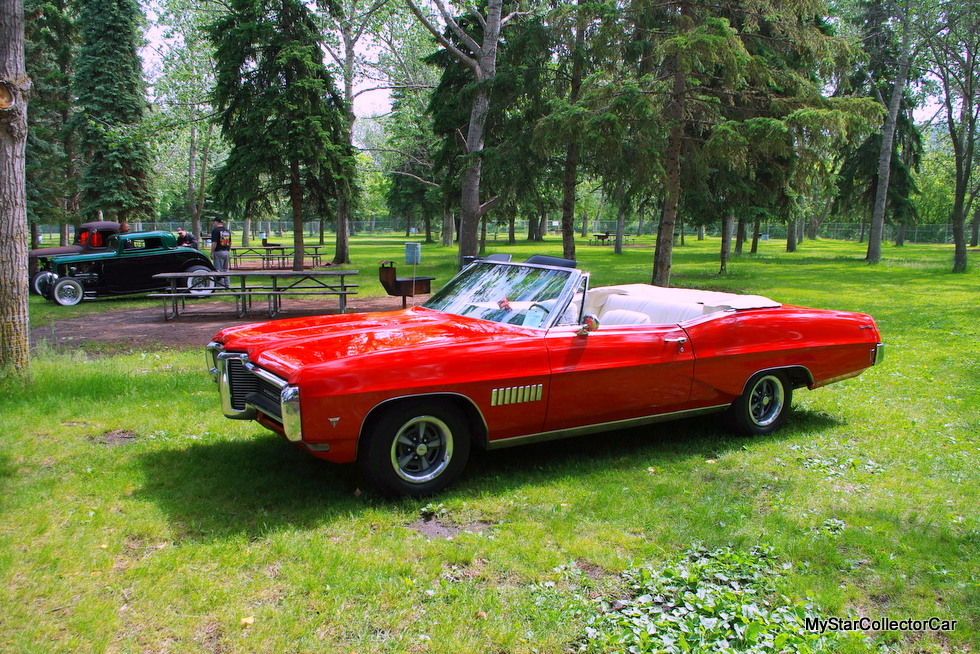 “Parisienne ” is a term that can only mean two things: a female resident of Paris or a Pontiac model made famous by its early years as a Canadian-only car.

The 1968 Pontiac Parisienne was only available in Canada and most car guys are likely aware the Canuck car was largely based upon the Chevy platform during its production run. 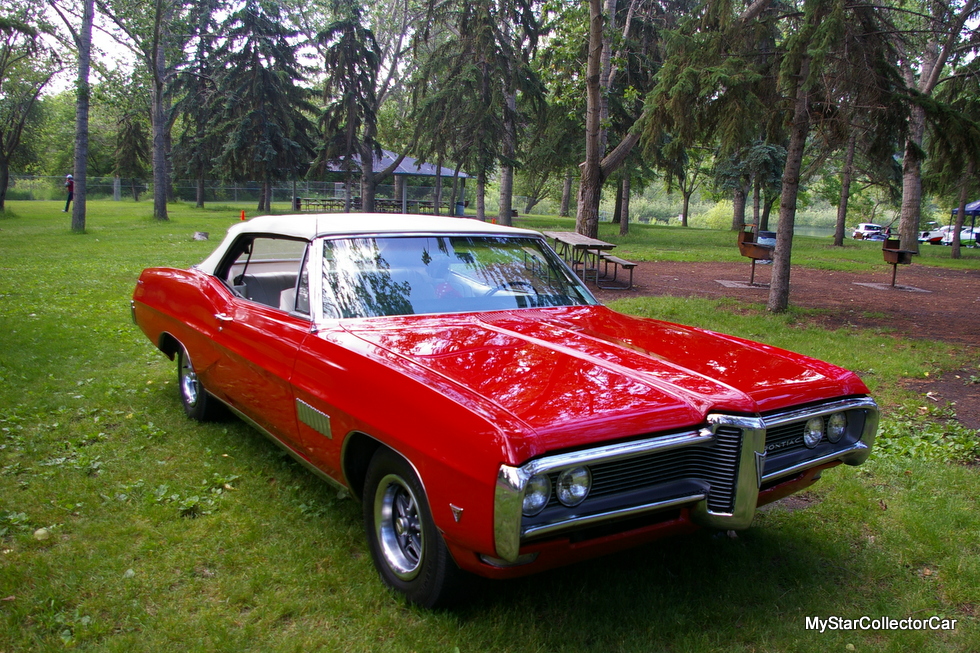 MyStarCollectorCar knows about the head-scratching that takes place whenever a first-generation Pontiac Parisienne heads south of the 49th Parallel and participates in a US car show. Many American car guys are not quite sure how to categorize the Parisienne models in the grand scheme of things as they relate to the vintage automotive hobby. 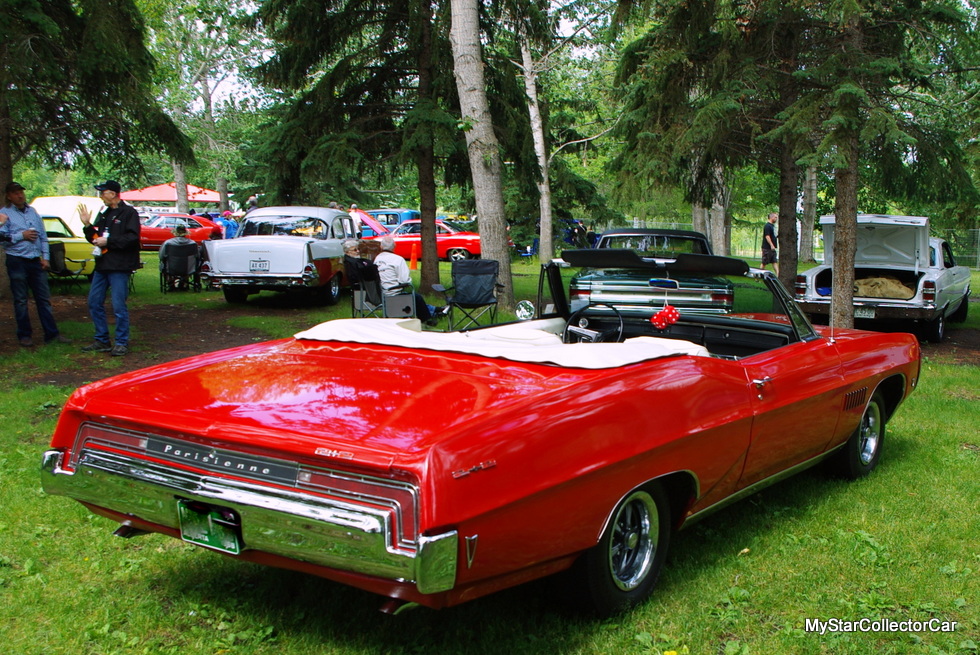 John Bury is the proud owner of a 1968 Pontiac Parisienne 2+2 convertible and he is well aware of its Canadian Pontiac history as well as its history in his family.

On the family side, John used the car as his wedding car after he became its owner in 1995. On the automotive history side, he knows his Parisienne is a Chevy in a fancy disguise because of its Canadian roots. 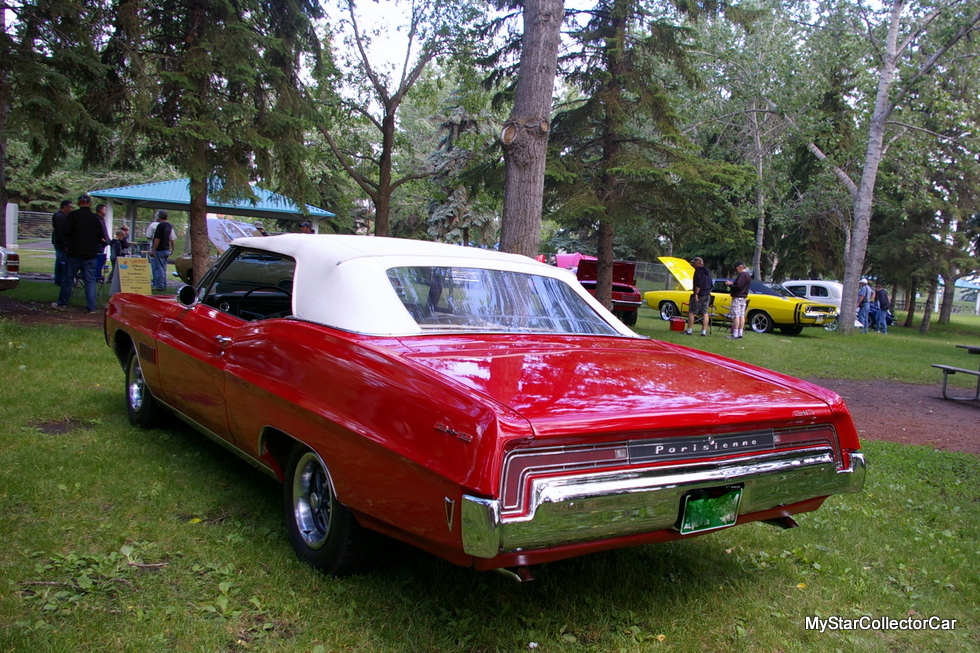 The Pontiac required some work before it was ready for the road when John first became its owner and he learned rather quickly to order Chevy parts for many of the Poncho’s components. John summed up the situation; “When you go to buy parts, just ask for Chevy-not Pontiac.” It became a basic rule of thumb for John when he got parts for his Pontiac Parisienne project. 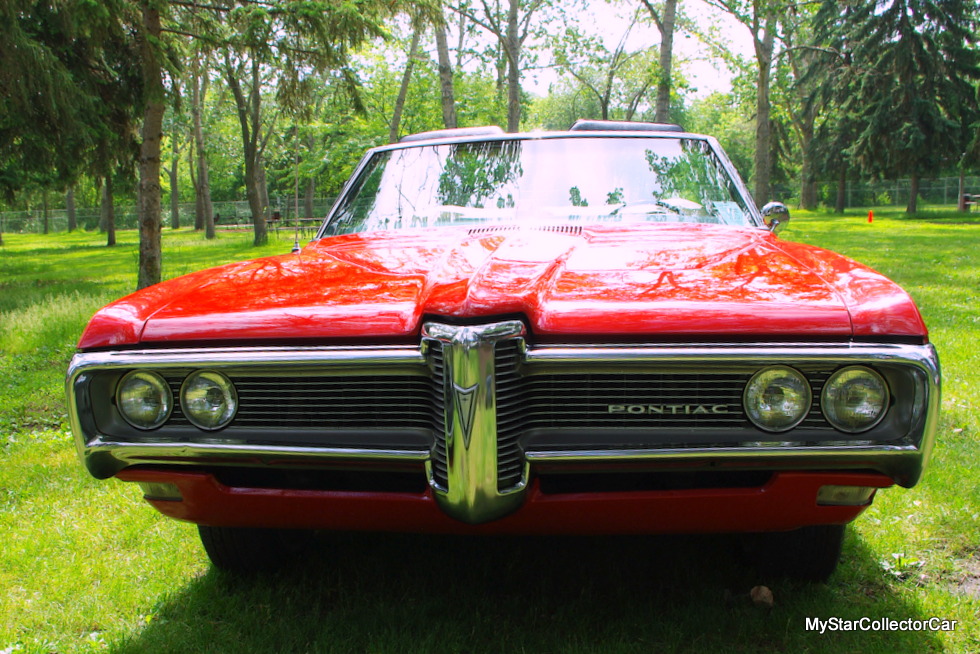 John’s ‘68 Pontiac Parisienne left the Canadian factory with a Chevy 327 cubic inch small block that is still under the hood of his convertible. The car also has its factory console automatic transmission and interior, although John added an array of aftermarket gauges that give him a more accurate look at the engine data from the Pontiac. 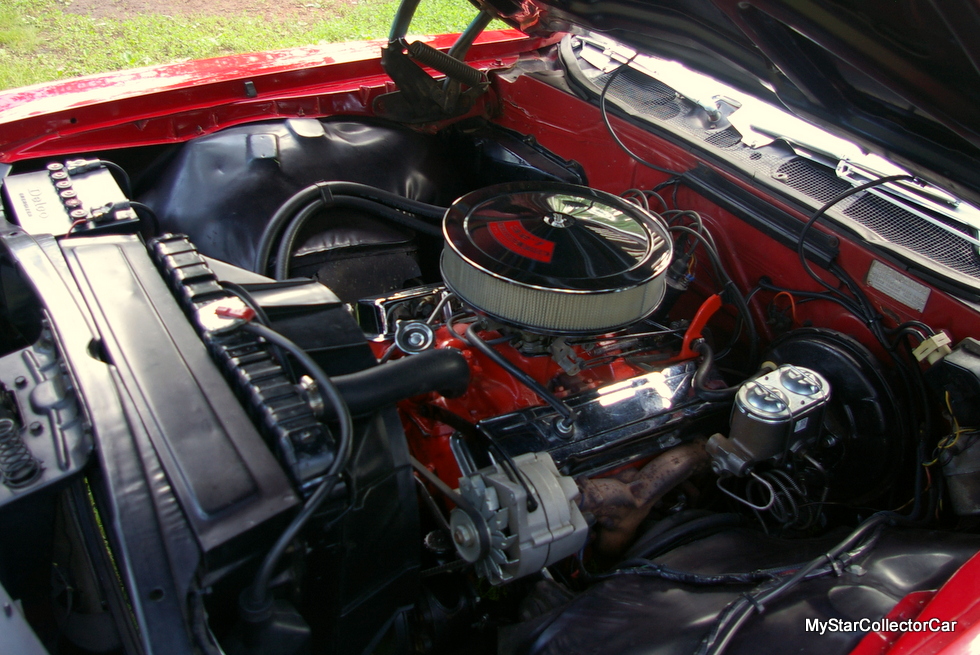 The Pontiac still has its AM radio but John added a concealed aftermarket sound system that includes speakers in place of the fresh air vents in the lower panels. Passengers get plenty of fresh air when the fabric roof is down on John’s convertible, so the idea of fresh is somewhat relative in a drop top. 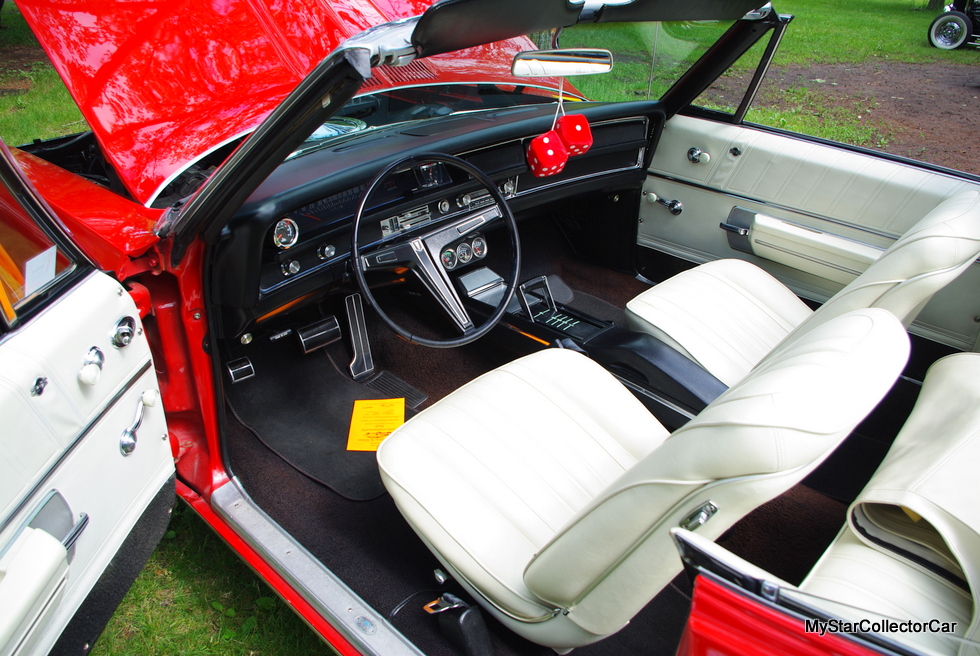 However, John has a strong opinion about lowering the top on a convertible that is moving; “Whenever you hear about people putting down a top on a moving car, it’s Hollywood crock”; in John’s view. He also noted his Parisienne had a factory black top, but John likes the color contrast between the red body and white top. 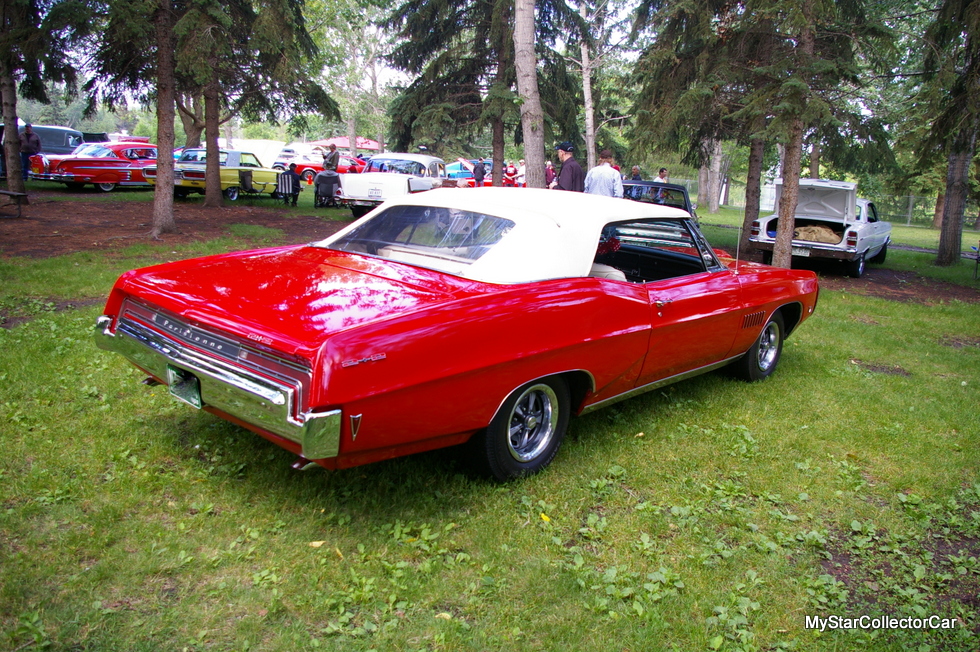 John added disc brakes from a 1970 full-sized Pontiac because he wanted to enhance the car’s ability to stop quickly when the situation arose on the road. Speaking of road, John has put about 36,000 miles on his Pontiac since the restoration-most of them during the early years after the project’s completion. 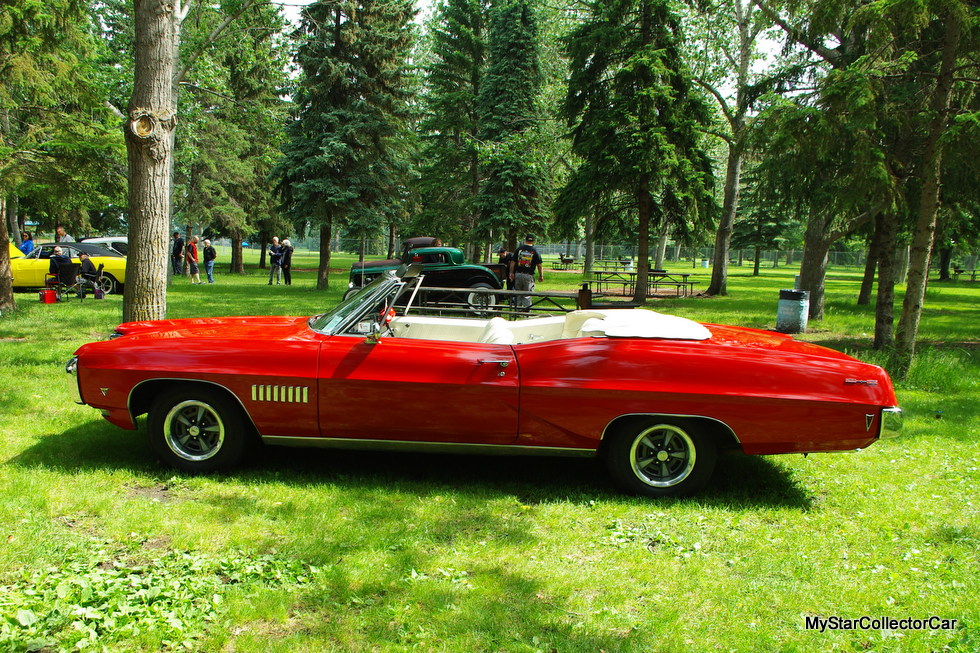 John and his wife drove to Manitoba and Saskatchewan, as well through the mountains to the West Coast of Canada on the way to Tofino, BC on Vancouver Island, to name a few road trips during the early years.

The Pontiac easily keeps the pace on the highway--and then some–when John recalled an incident on a major British Columbia freeway when his wife had the car at around 90 mph and thought the speedometer was a metric 90 km/h (about 55 mph). 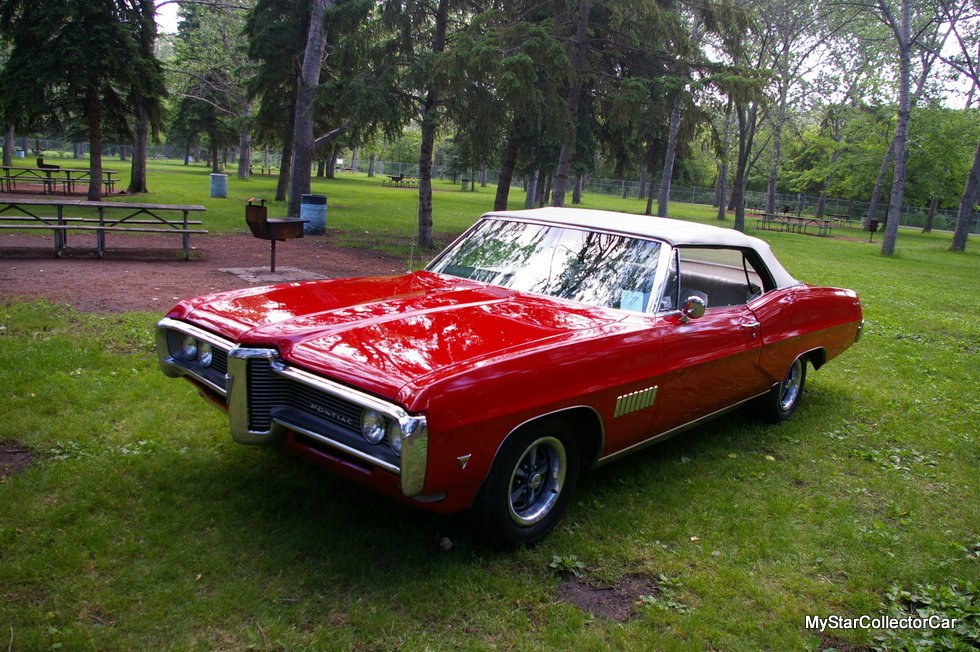 The car could handle the excessive speed, although John noticed they were going pretty fast at the time. John’s wife relinquished the steering wheel to him after the speed measurement mistake/incident. 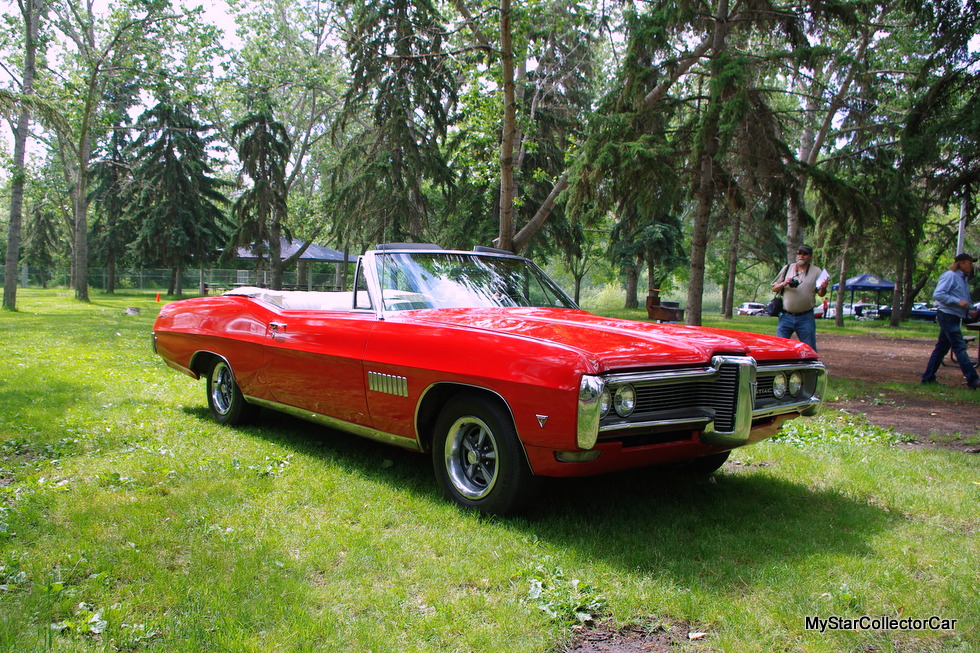 MyStarCollectorCar would like to give the last word to John: “You never sell your toys-lots of memories with this car.”