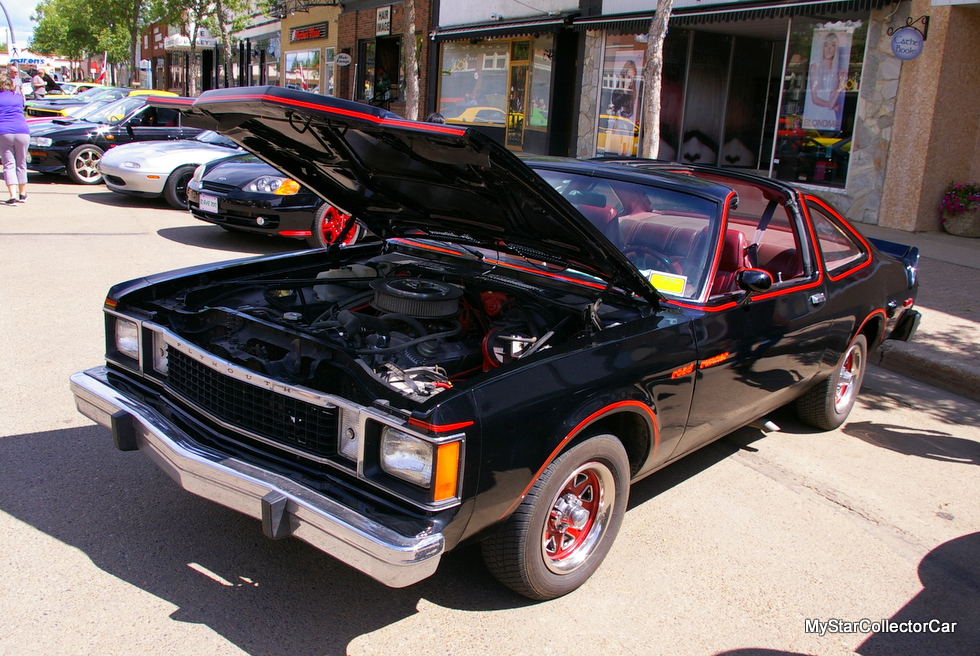 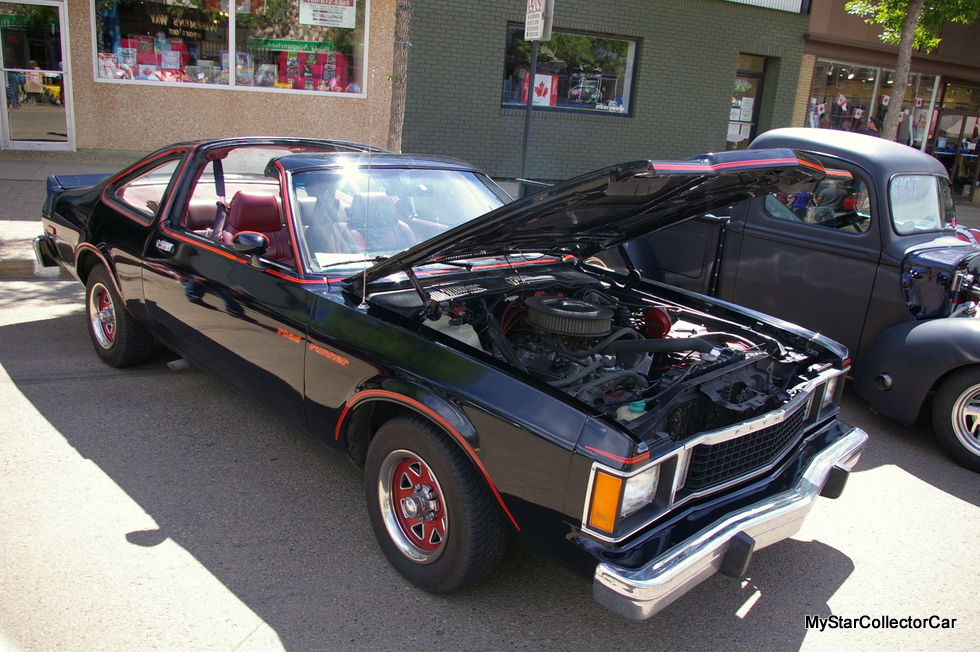 The Plymouth Volare was built to replace the Plymouth Valiant in the hearts and minds of Chrysler’s compact car buyers.

The two models were both available in 1976, but only the Volare would be around for the 1977 model year. 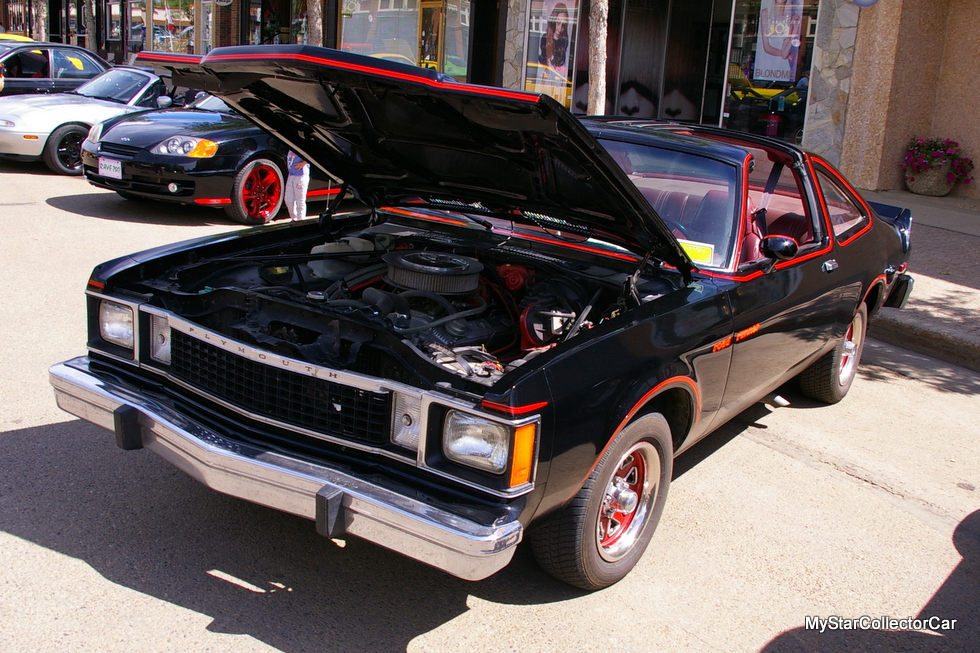 The Plymouth Volare was unable to move the dial for many loyal Valiant owners who were used to the dependability and durability of the Valiant. The Volare was also built during a time when Chrysler was scrambling for its very existence and cut corners on some of their models, including the Volare.

The build quality plagued the Volare and it was subject to recalls that even included the front fenders of the cars. Chrysler counteracted the Volare’s negative publicity with an active style package on its two door coupe versions and included a T-top roof option in some of these models. 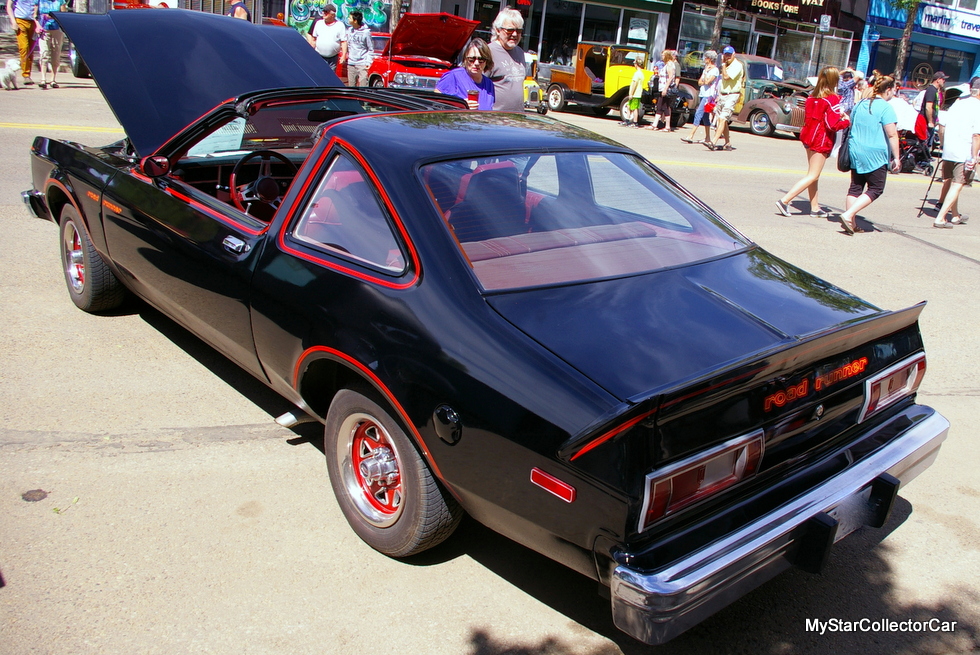 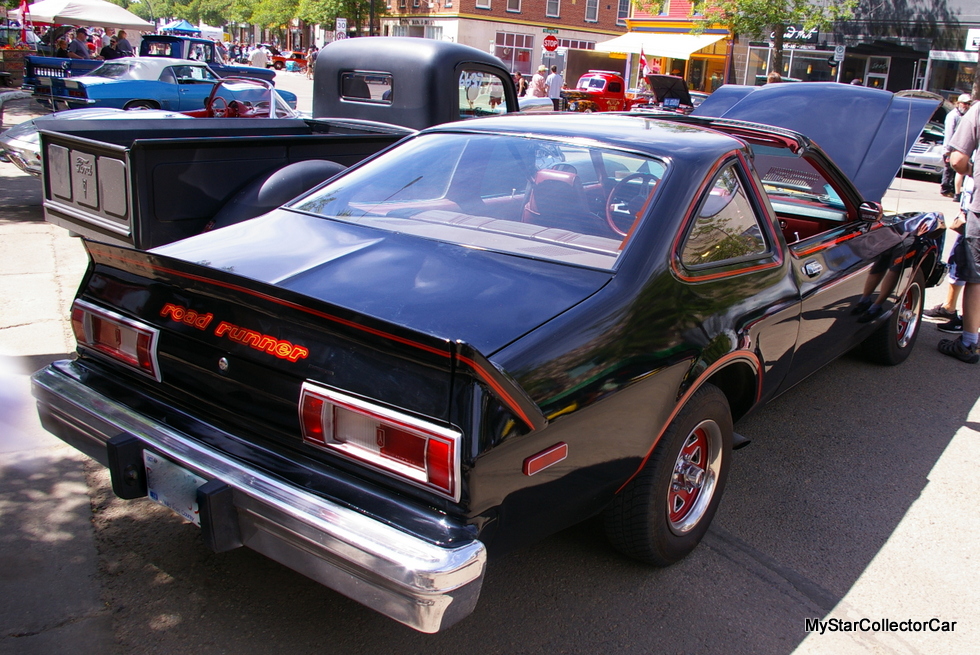 Most sources indicate that a black 1980 Road Runner with a T-top roof option was limited to only about 150 production models. Even fewer of these cars survived the 38 years since they left the Chrysler factory. 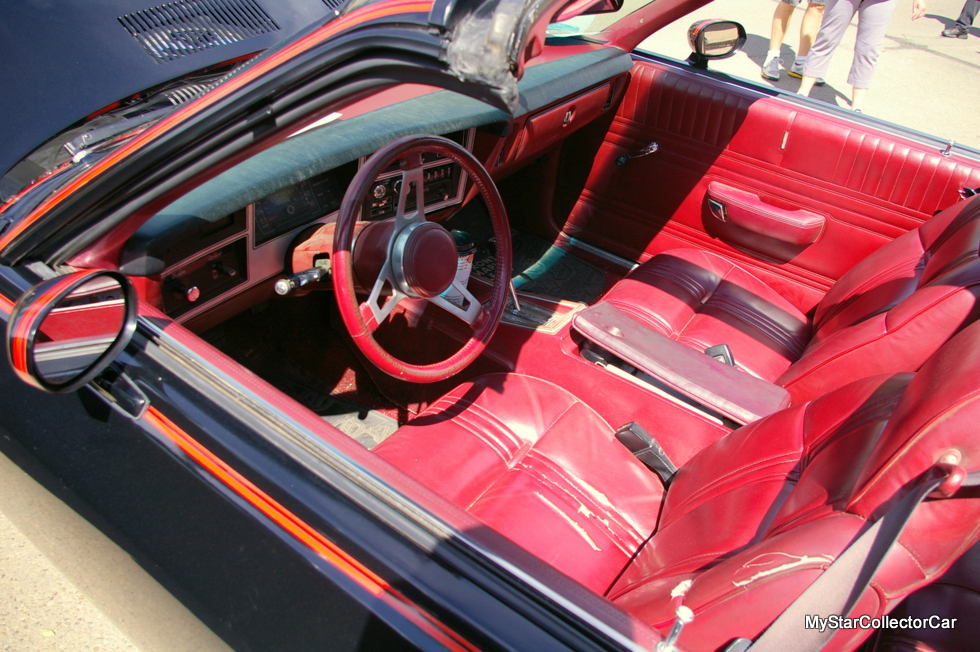 Dean Selman is the owner of a black 1980 Plymouth Road Runner and he understands that his car is a rare vehicle in today’s world. Dean was a self-confessed “GTO man” who stumbled upon his ’80 Runner through a friend who was its previous owner.

Dean soon discovered there was “only a handful (of these cars) left in the world”, in his words.

The Road Runner has been altered over the years and now it sports a header system, racy valve covers, and likely a few other performance upgrades over the years. None of the alterations are permanent-just in case Dean wants to bring it back to its factory specs. 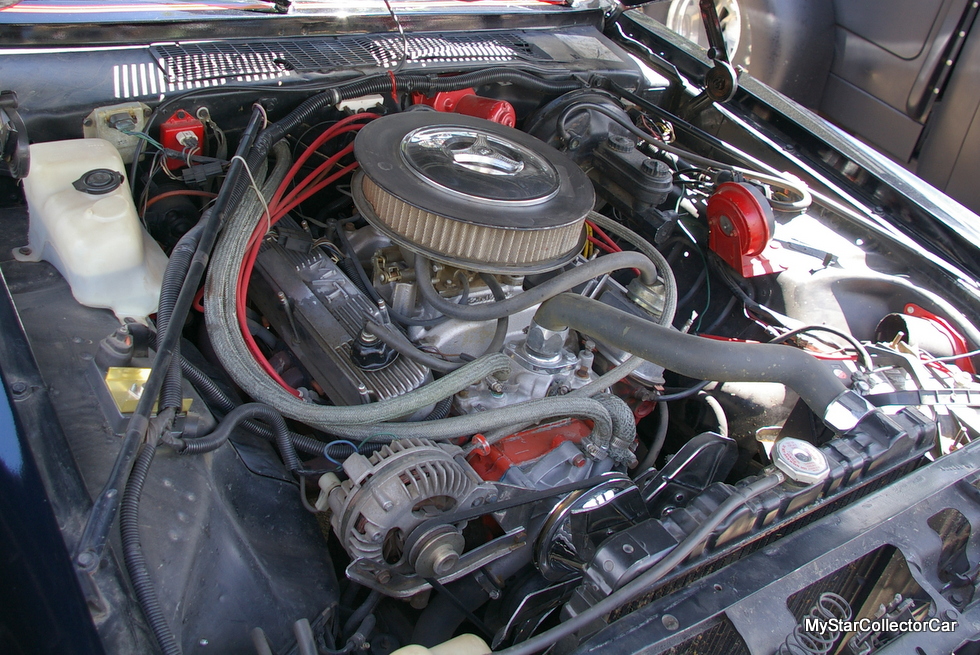 The car retains all of its original cosmetic features, including its crash resistant bumpers and decal package. It also has its original front disc/rear drum power assisted brake system, along with its original power steering and radio. 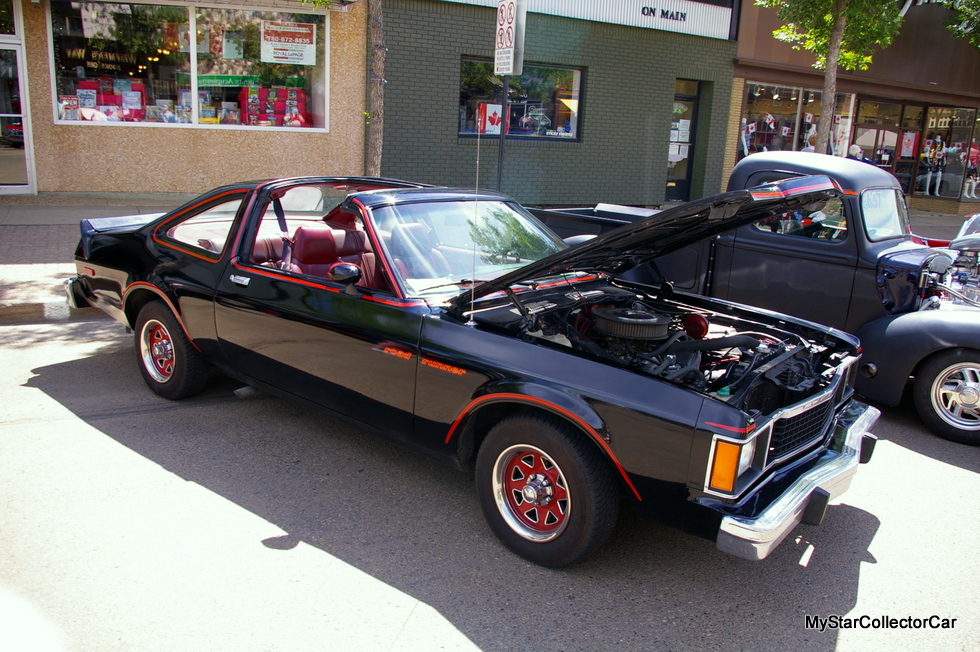 Dean likes his Road Runner and “drives it all the time”, in his words, with the exception of rainy weather-unless he “gets caught in it”, during the summer months when the car is on the road.

The car still performs very well at highway speeds and Dean admits he keeps the car around “10 over” (about 6 MPH) under the right circumstances because the car can easily handle the higher speeds. Its reliable 318 LA engine bolted up to the Road Runner’s automatic transmission has never given Dean any problems during his 12 years of ownership after a 3-year period in which he made it ready for the open road. 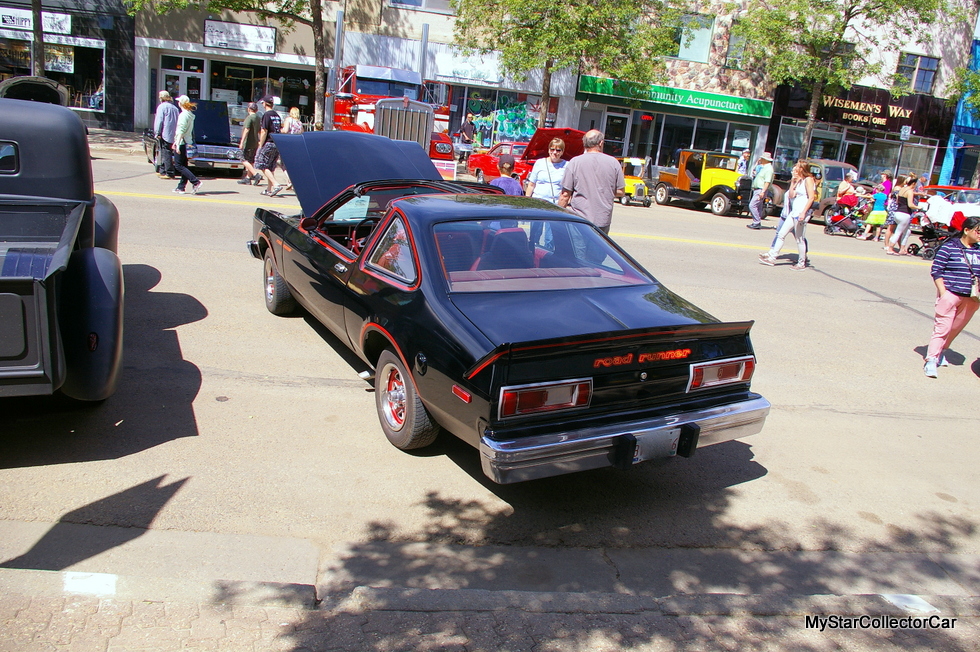 This Road Runner story has a happy ending for both owner and car because Dean is definitely sold on his stylish car from the early Iacocca era at Chrysler Corporation.