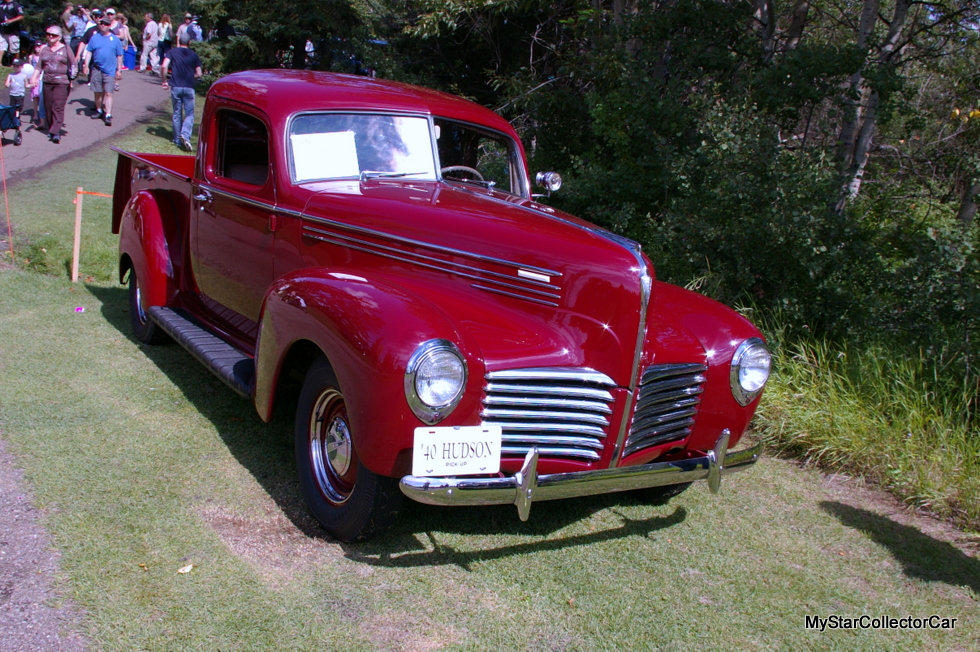 Hudson was an innovative automobile company because they had to be innovative to survive in a highly competitive industry.

They were a small company who had to stretch their dollars to compete with the big boys like GM, Ford and Chrysler.

‘For instance, Hudson cars and trucks shared a common body style lineage out of economic necessity, so a Hudson sedan and truck were essentially interchangeable in many different areas for many years.’ 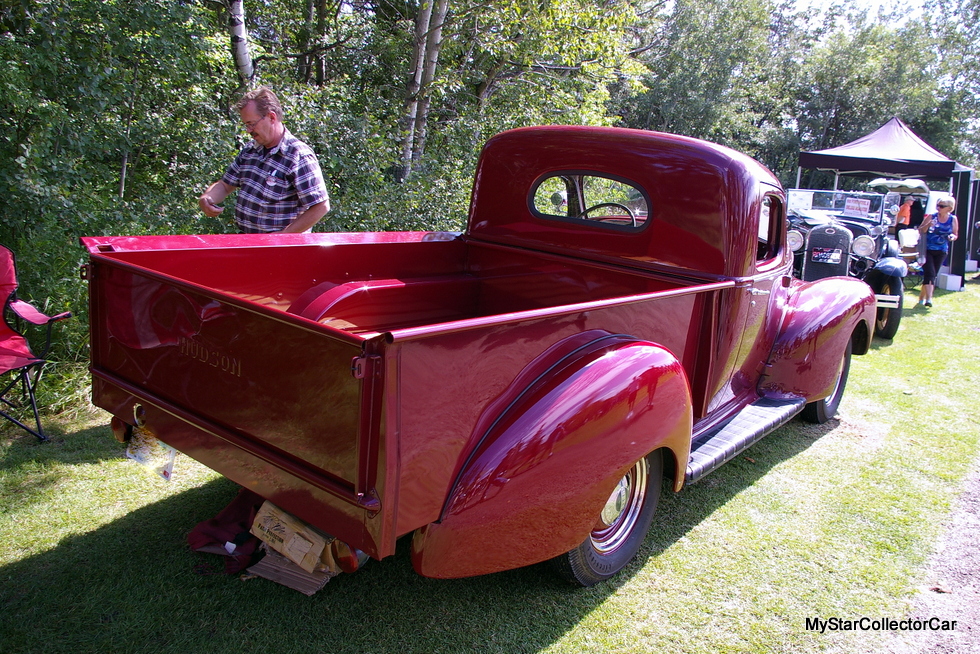 This interchangeability between Hudson trucks and cars was a vital component of Martin Tabbert’s game plan when he decided to restore a 1940 Hudson truck. The Hudson was originally used as a grocery delivery truck until it was sold to its second owner. 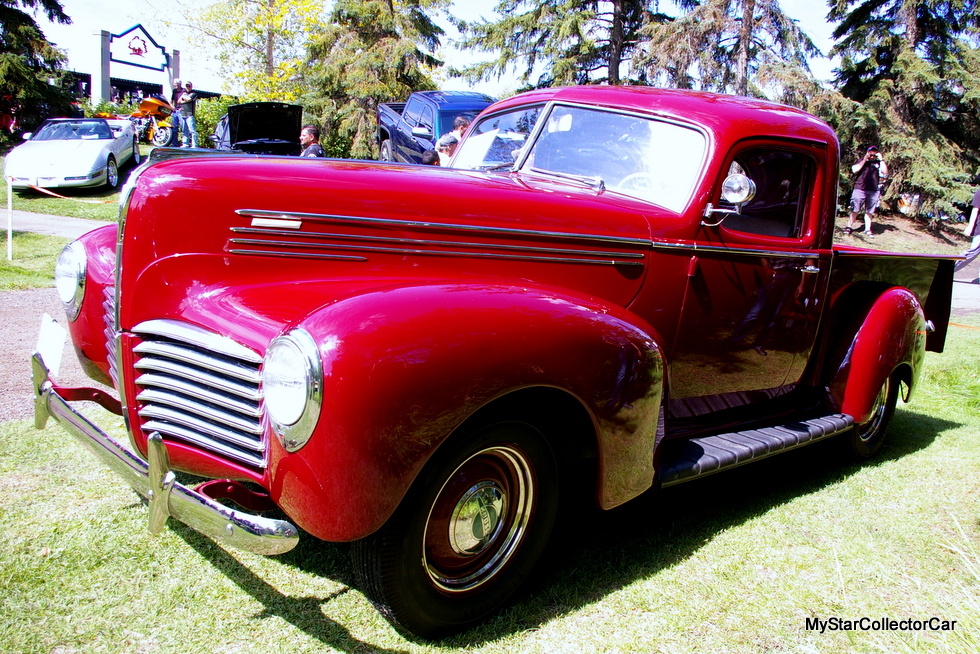 The second owner used it until the early Sixties when he sold it to the Hudson’s third owner. An engine knock alarmed the third owner and he simply parked the Hudson for many years.

Martin had been searching for a Hudson pickup for many years when he discovered the Hudson in 1987. The neglected pickup was in an advanced state of disrepair by the late Eighties because it had sat outside through many hard years before Martin bought it. 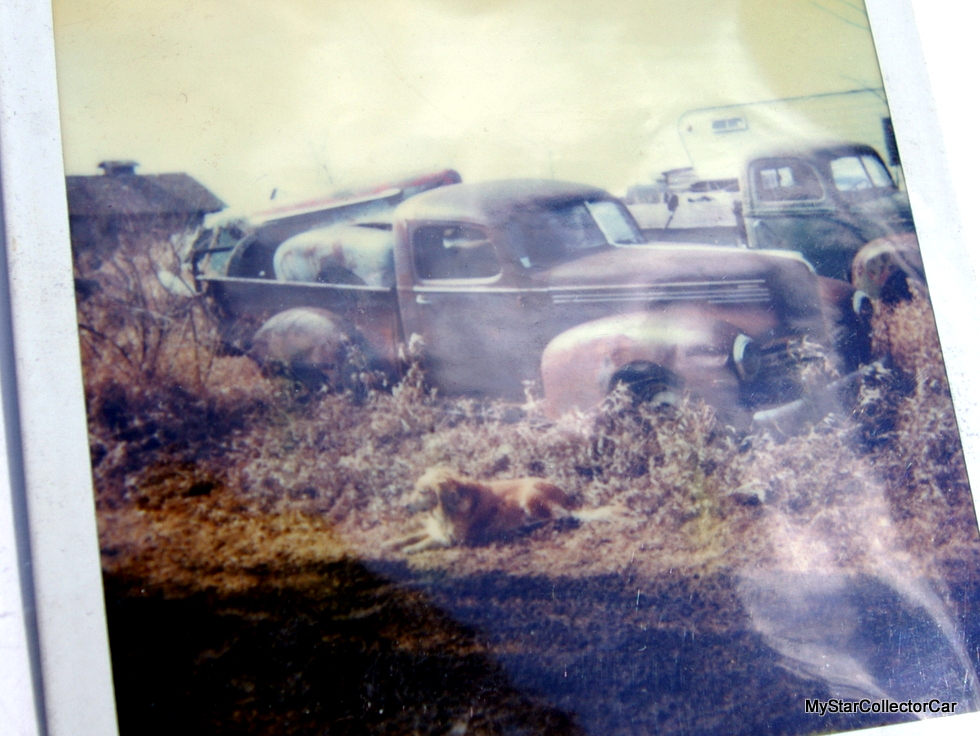 Martin wanted to restore the rare Hudson truck back to its original specs because so few of these trucks were built-and even fewer have survived the ensuing seven and a half decades since these pickups left the factory.

The restoration process began in earnest in the late Eighties and took 8 long years for Martin to hit the completion stage. He managed to find a guy in Spokane with some NOS (new old stock) Hudson parts that included a new crankshaft and headlight rings. 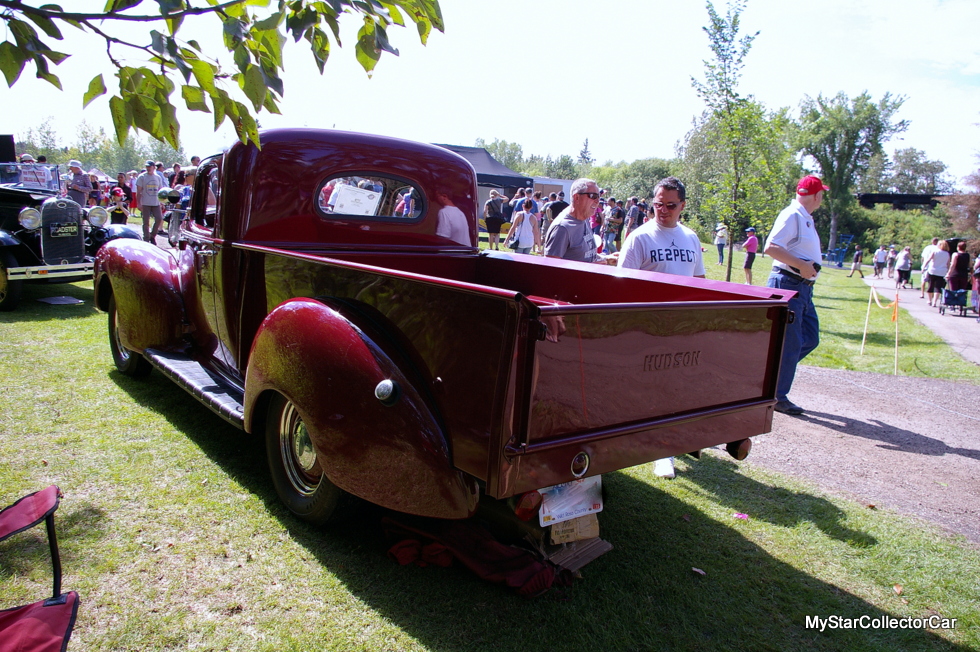 Martin was also able to tap into the aftermarket industry for some of the restoration and bought a new wiring harness that allowed him to add signal lights to his Hudson pickup truck.

However, most of the restoration process involved donor parts from Hudson vehicles, including the front passenger section of a Hudson car. The original truck cab was in such bad shape that Martin was only able to save the roof from the pickup. 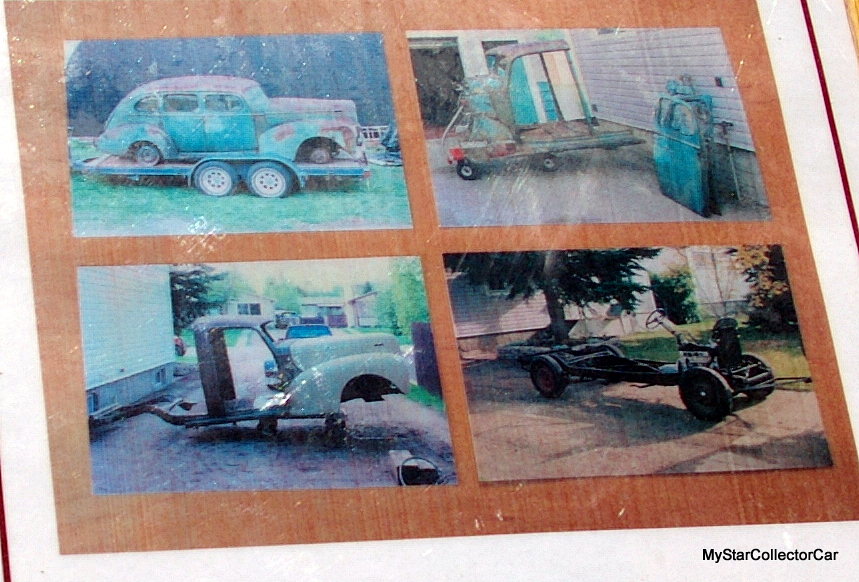 The original right front fender on the truck was also beyond restoration so Martin had to use a dented fender from a donor car. Even the front seat was donated by another Hudson because the storage years had been so hard on the truck. 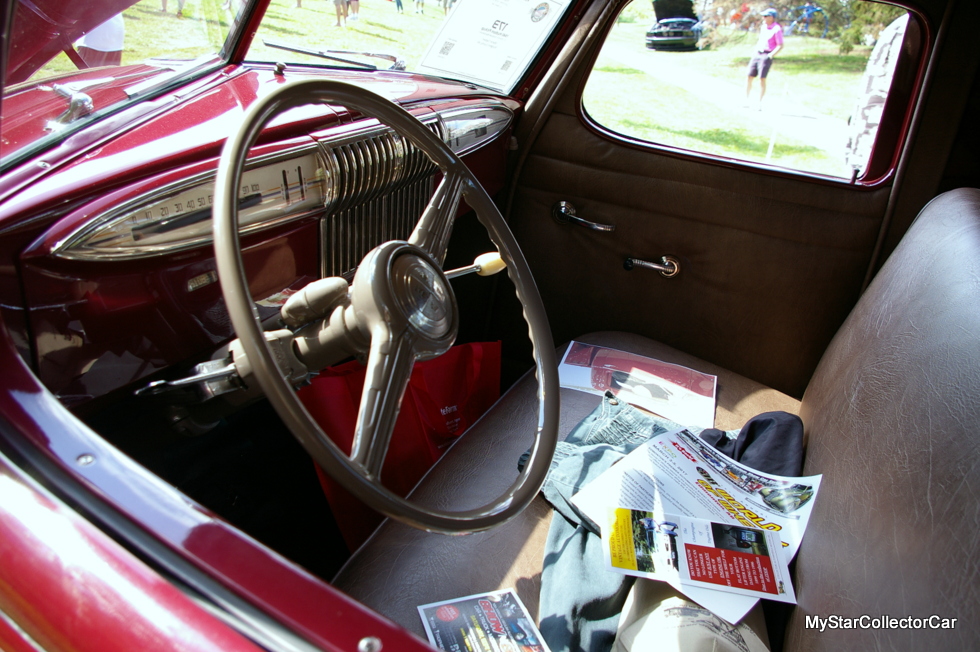 The 212 cubic inch engine and three-on-the-tree manual transmission are the original combination that were in the truck when it left the factory 77 years ago. 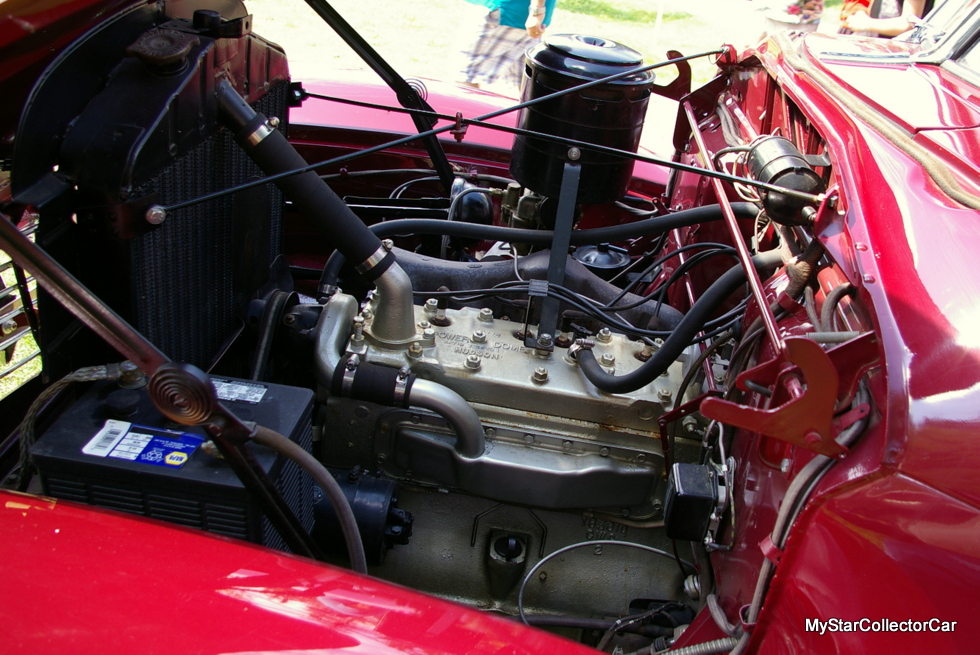 Martin does not push the truck too hard on the highway because it has a low rear end gear ratio that was designed for lower speeds and a stump-puller philosophy. Martin did change the ratio from 4:56 to 4:11 to gain a little more top end out of the Hudson, but his Hudson is not a race truck by any means. 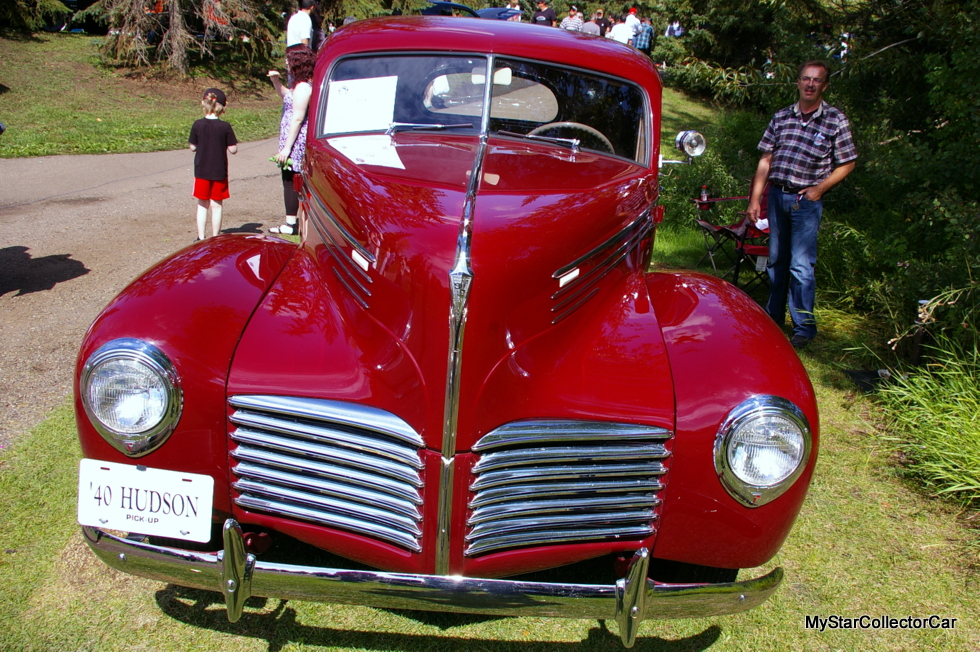 In fact, Martin does not pilot the Hudson beyond 50 mph (80 km/h) on the highway because it was not meant to be driven much faster than that speed. 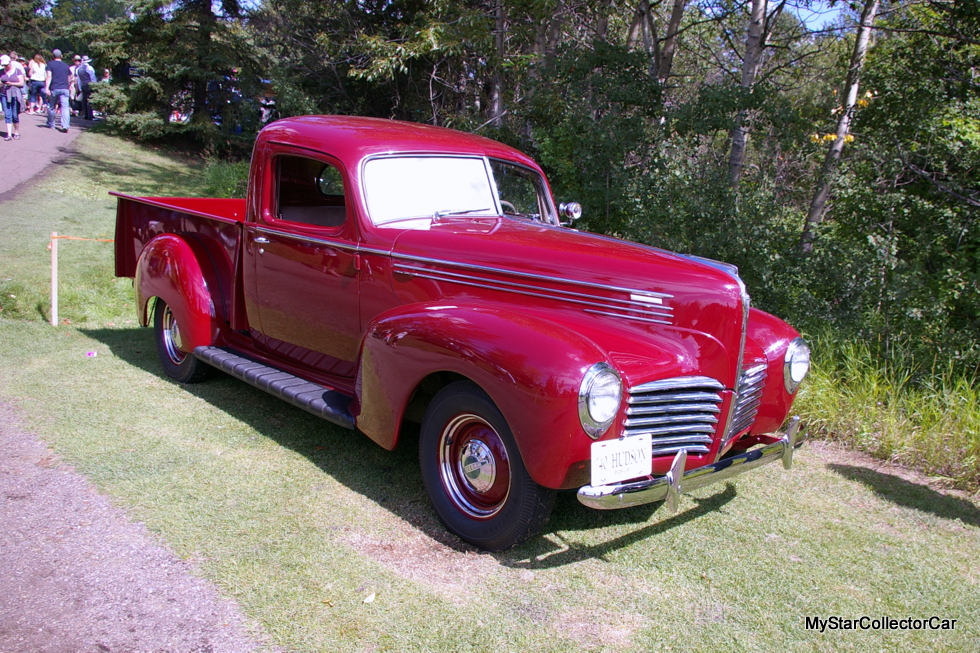 The truck does ride pretty well on the road because it has a front coil suspension that Martin said was first offered in the 1940 models.

‘Martin completed his project in the late Nineties and has now enjoyed many years of fun with his dream truck. Talk about a happy ending.’

MARCH 2013 FALLEN STARS: THE PERFECT DAY TO SAY GOODBYE TO...