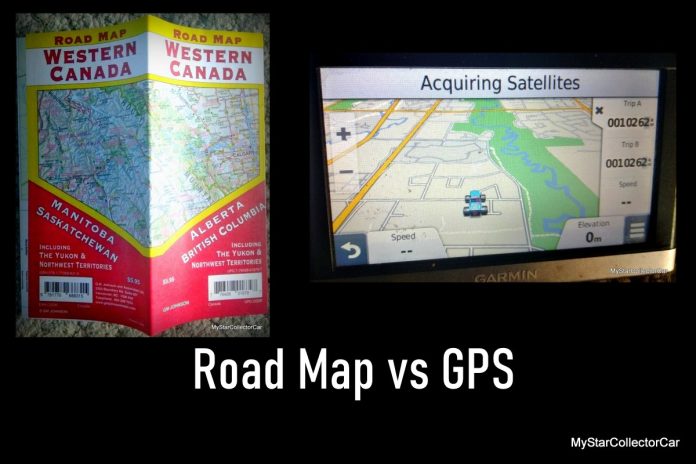 MyStarCollectorCar hit the road in early December 2022 to a familiar destination about an hour and a half away from our home base.

Additionally, a late fall road trip to another city was complicated by a GPS route that failed to warn us about an alleged direct route with too many zigs (along with a generous supply of zags) that lead the major traffic street into an actual parking lot for a shopping center.

For the record, our GPS unit was updated shortly before both excursions so it was allegedly current in what could only be described as the loosest sense of the term.

The two experiences did not exactly set the table for GPS units but, in fairness, the electronic navigator bats well above 500 in most situations. Nevertheless, a solid case could be made for current edition roadmaps that provide valuable information about the best way to drive from Point A to Point B-even if the maps can still only be folded back into a crumpled mess after use.

Roadmaps have been around for a long time and, if history has taught us anything, Fred and Barney have the first documented evidence of map use when they took a road trip to Rock Vegas and relied heavily upon a rock roadmap during a memorable Flintstones episode. The sheer size and weight of their stone-hewn roadmap made refolding hit an even bigger obstacle for Flintstone and Rubble.

Car guys from a bygone era can also recall heavy use of a roadmap back in the day, typically when they were kids and their parents mapped out a route to the target destination. Roadmaps provided alternate routes, although many of the secondary routes were not blessed with pavement at the time, consequently there were fewer cars with pristine windshields when drivers chose the rocky road less traveled in days of automotive yore.

Roadmaps also required a little extra mental exercise when users had to convert distance via the scale on them. Most people would combine a thumb and finger to measure the right thickness for miles on the scale, then they would use their cooperative hand parts to calculate the distance to the next community. The result was a rough estimate-give or take a mile or two. Not unlike our GPS’s navigation this past December.