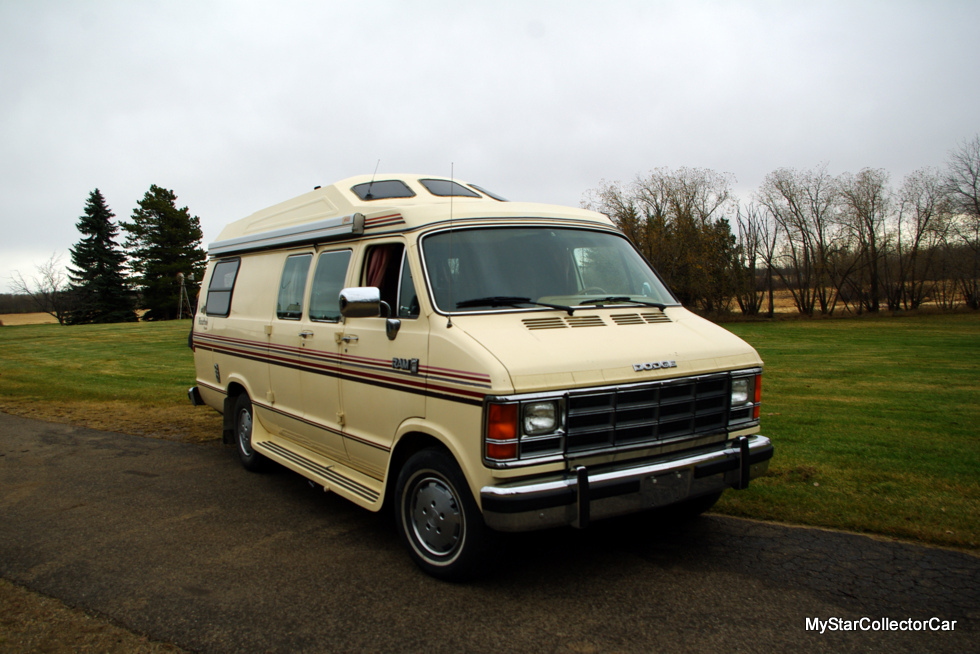 The essence of every story for us at MyStarCollectorCar is the connection between the vehicle and the owner.

We ask why the owner chose that vehicle and hope for a home run of an answer from the owner.

Sentimental reasons top our home run list because the emotional connection usually extends from good memories about the vehicle due to a personal link with the current owner.

Janice Barker is one of those owners because her connection to her 1989 Dodge Road Trek custom van started when her parents purchased it brand new from the dealership. 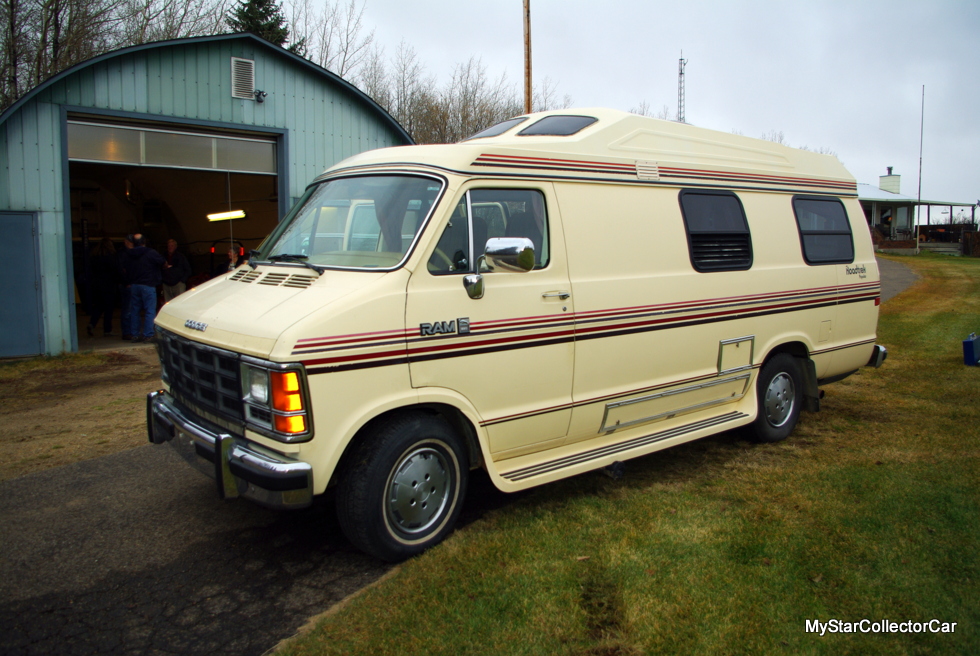 Janice’s parents put thousands of miles on the road with the van. They drove it to Arizona, Alaska and eastern Canada on various road trips where they racked up miles and memories. Eventually they sold the van and purchased a motor home for the road trips. 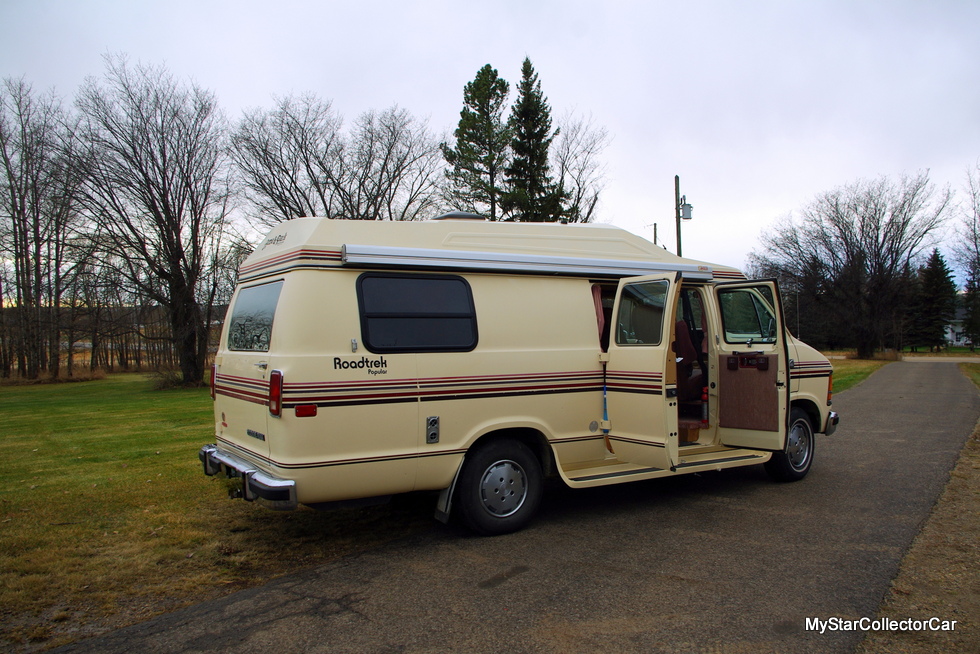 Flash forward to 2011 and a time when their daughter Janice wanted to buy a camper van for her own young family. Janice was one of the fortunate few because she was able to locate her parents’ van and bring it back into the family.

It was still in great shape and became even more important to Janice when her mother passed away in 2012. Here is our MSCC interview with one of the more unlikely car girls in the hobby:

Are you a car girl?  “I would say I am now, but I wasn’t always, no. I pretty much viewed vehicles to strictly get me from “point A to point B” and I cared very little about the quality of the ride.  I wasn’t sentimental about wheels until I experienced the loss of my mother. My grief has made me a sentimental softie!” 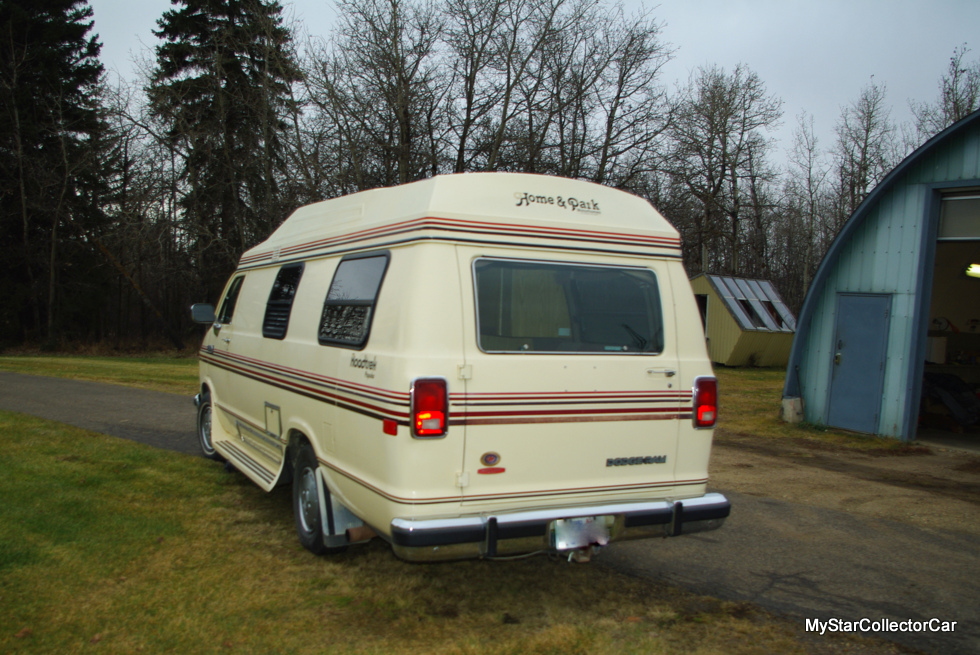 Why did you buy this van? I purchased the van in 2011, a couple years after my divorce. I wanted to be able to travel with my daughter and I needed something I would be comfortable driving, particularly through the mountains. I’ve always owned small cars, so towing a trailer wouldn’t have worked, and my daughter and I both hate tents with an unbridled passion. I also needed something that would be feasible for storage, and this is perfect as I can store it in my garage.” 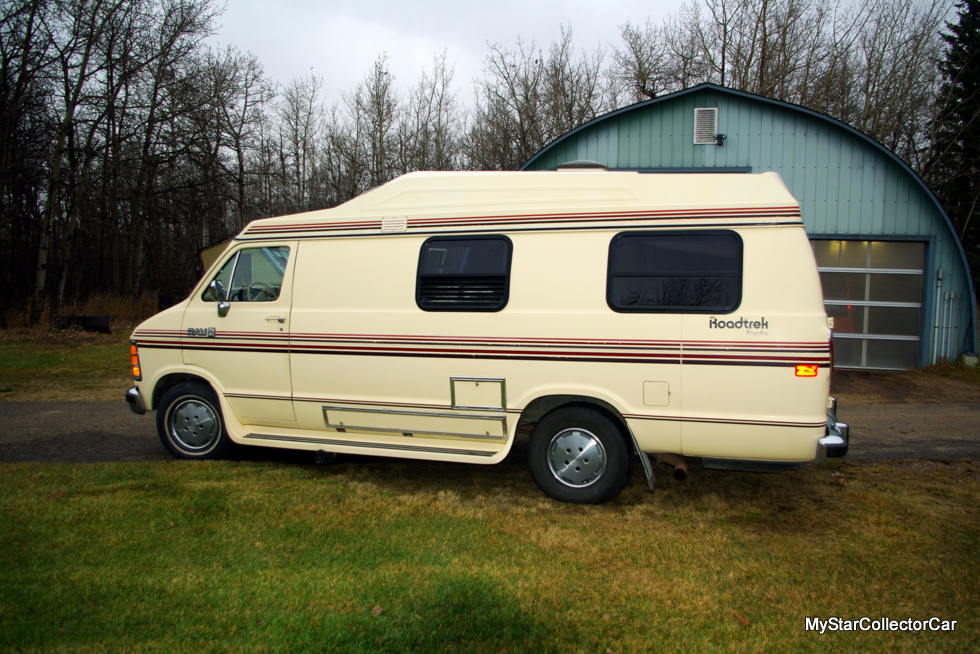 Did you get your motivation to buy it because of the family connection? “Sort of…My parents had owned a late 70’s VW Westfalia when I was very young. I have nothing but great memories of summer trips in that orange van with Mom, as she used it for getaways with me, or to go see Dad when he was away working. I knew it was something I could drive with ease. When I made the decision to buy a van, I was originally trying to find one of those VW’s. Apparently, I am not the only one who appreciates a nice Westie! They are hard to find, and people don’t sell them until they are on death’s doorstep. After taking a particularly “hurting” VW for a test drive with my Dad, he suggested I look into purchasing a used Road Trek. That conversation then morphed into “well I wonder whatever happened to the one we used to own….?’ 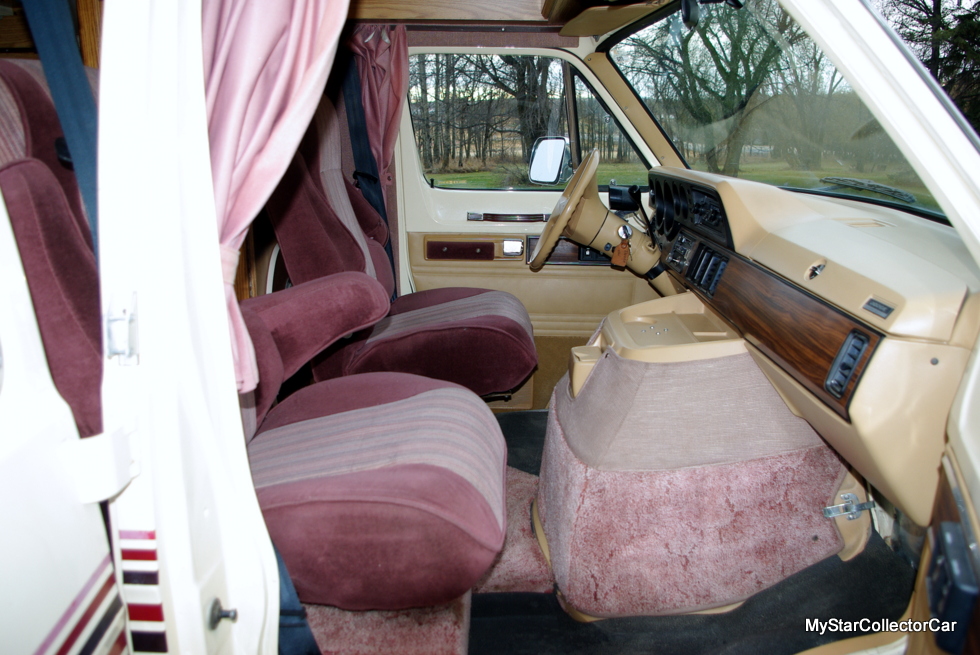 Could it have been any van or did you want this specific van? “Once we had tracked this particular van down, then I knew it HAD to be this van. My dad is meticulous with the care he puts into all of his vehicles, and very few miles had been put on it since my parents sold it. Also, my Mom had made small, but significant modifications, to its interior and these little details were huge motivators for me to purchase it.” 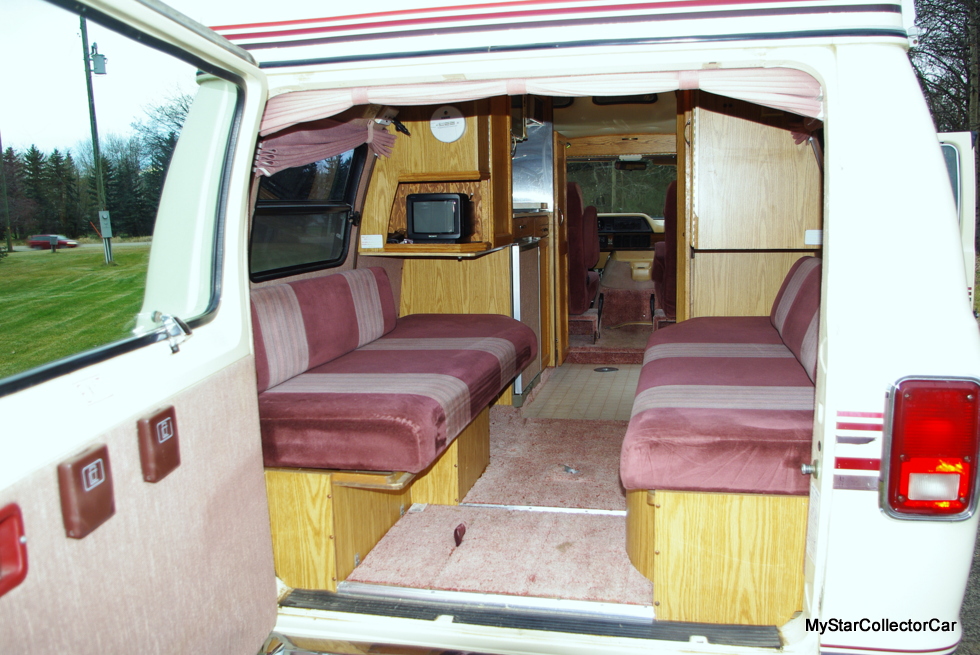 Do you have memories of it from your parents’ time as owners? “I do absolutely. I didn’t take any long trips with them, just sort of day trips here and there. I was the last child (of four) to leave the nest, so once I had moved to Calgary, Mom and Dad embarked on a series of road trips which continued for many years. Mom was still with us when I bought this van in 2011, she passed in late 2012. We went for short drives around Sylvan and she recounted several stories/memories of previous adventures she and Dad had experienced in it. I loved those drives. Mom was very surprised to see several items in the cupboards from when they had owned it. My favorite is the little home-made “stove top toaster” my Dad made for Mom (out of a coffee tin). I grin every time I make toast now. I also like the key chain that still has her hand writing on it; it’s the little things.” 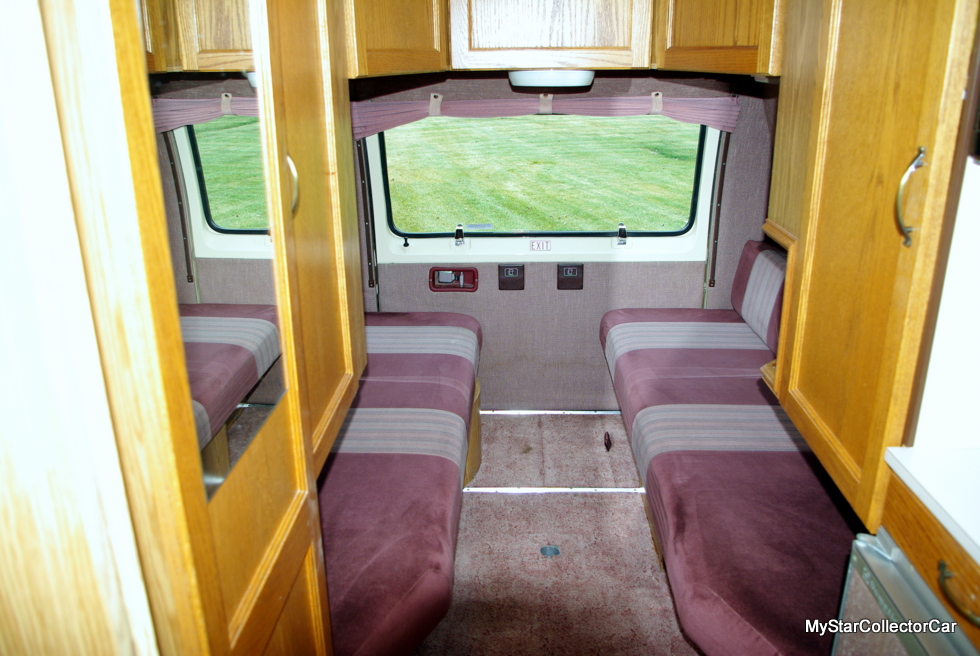 What is the story about how you found it? “My parents had sold it to a former neighbor from Sylvan Lake in the early 90’s. With Sylvan (then) being such a small community, it was easy to trace the ownership and history of the van. A series of phone calls confirmed it had been sold three times after it left Dad’s care, and fortunately, it was sitting in storage on my Godfather’s acreage. Yes, it’s a small world…My godparents made the decision to sell it, and that is how the van made its way back into our family.” 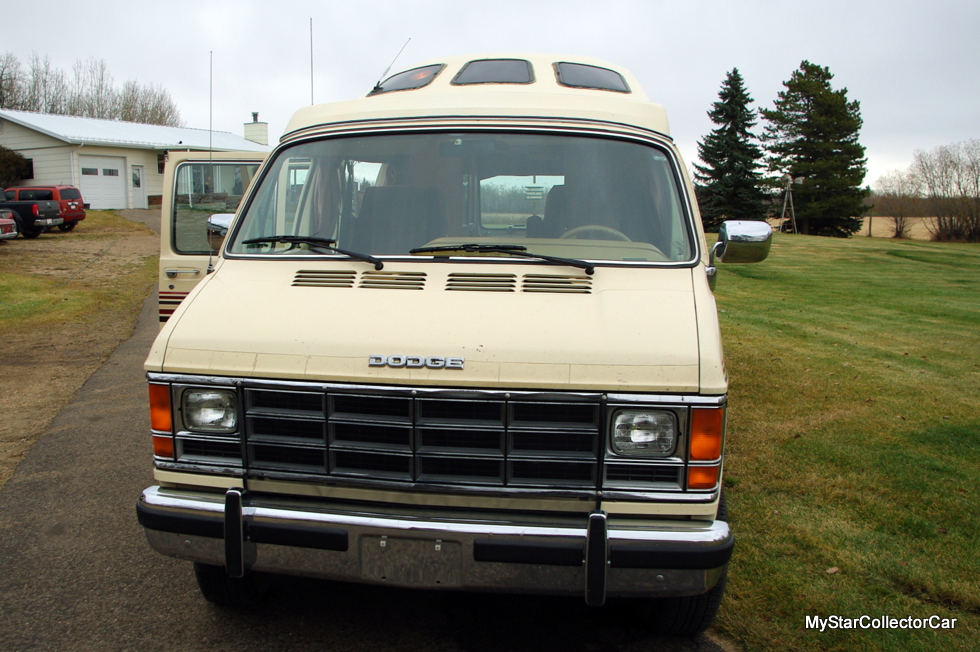 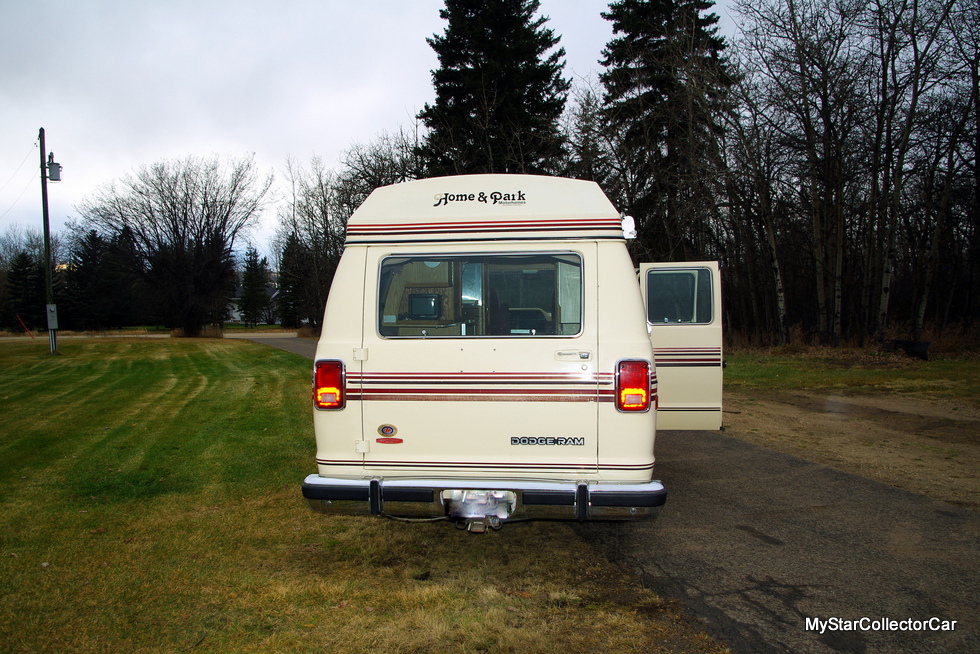 Have you used it for any long trips? “My family and I have toured the interior of British Columbia the past couple of summers. I would like to take it into the US, maybe drive it down to Palm Springs to visit family there. My teenaged daughter would love to take it to the Coachella Festival, but I am pretty sure that won’t happen!” 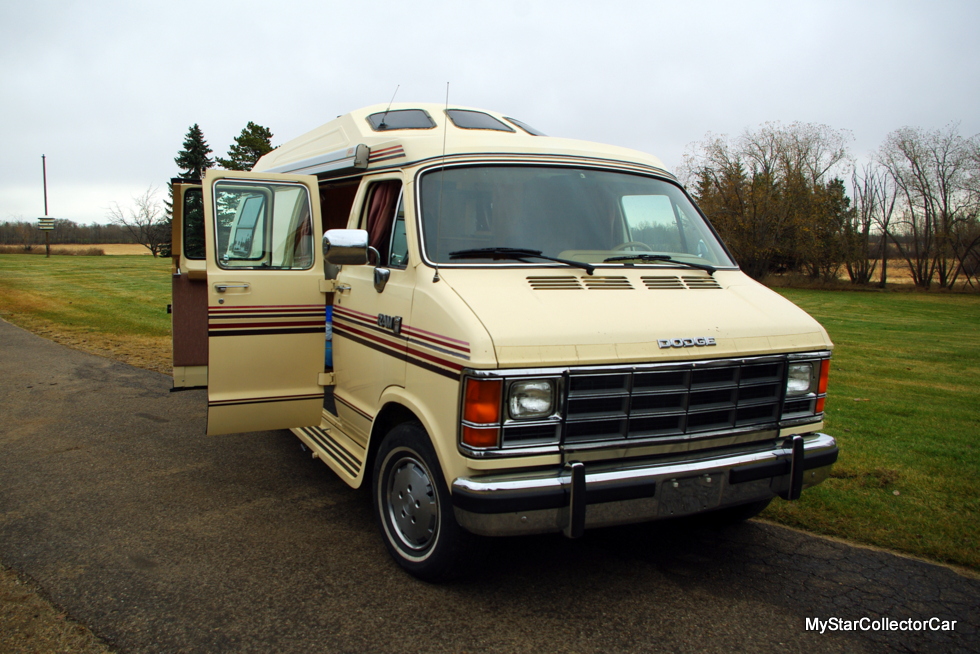 How did it run on the road? “It purrs like a kitten! Seriously, mechanically speaking, it is in great shape. I have put some money into the transmission and the air conditioning, so it should be solid for years to come. I think the secret is to store it well during the off season, and of course, oil changes help!”

What are the best features of the van? “You have all the comforts of a motor home, as it has a microwave, a fridge/freezer, a toilet, running hot water, a queen size bed, and a furnace. It’s small enough to drive it anywhere with ease, and the fuel mileage is much more economical than a full sized motor home. It’s chick-friendly!”

Is your dad glad you bought the van? “My dad uses it too! He sold his motor home after Mom passed, so he borrows it from time to time, and joins his other RV friendly friends, usually at tractor pulls or accordion festivals, lol! Even at 85, he recalls how everything operates in it, which gives me peace of mind when he has it!” 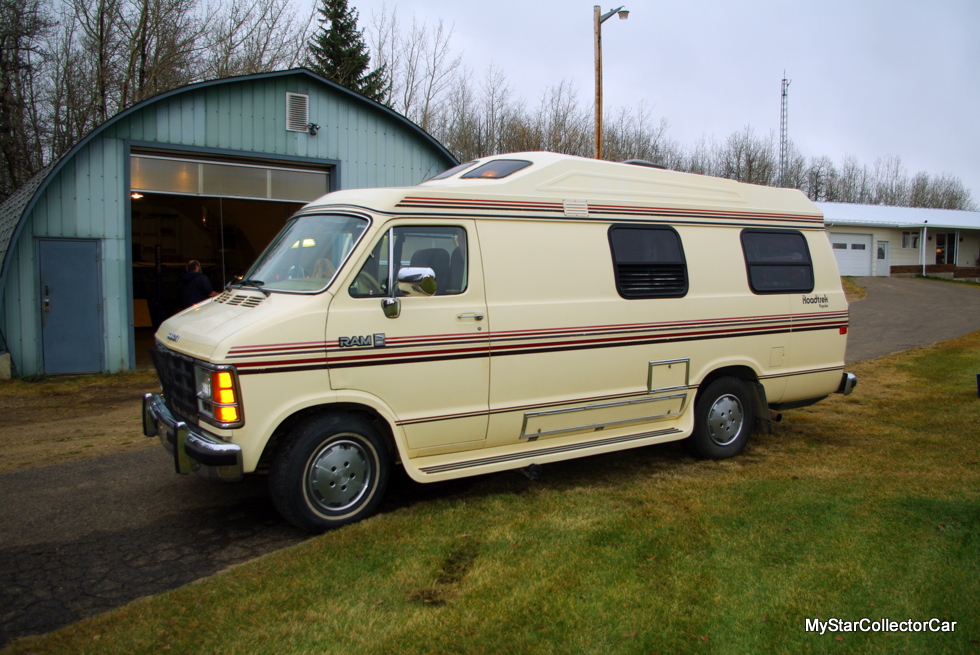 Are you glad you bought the van? “Words can’t express how happy I am in this van. I feel so close to my Mom every time I am in it.  She told me the best trips of her life were spent in the Roadtrek, and I feel a sense of harmony/peace when I am driving it, particularly when I am with my daughter. I have received many inquiries from prospective buyers, but I just can’t even fathom the idea of selling it.”

“It’s more than a van to me at this stage, as corny as that sounds, it’s just something truly special and I’m so very grateful to have it.”

Please re-post if you enjoyed this.