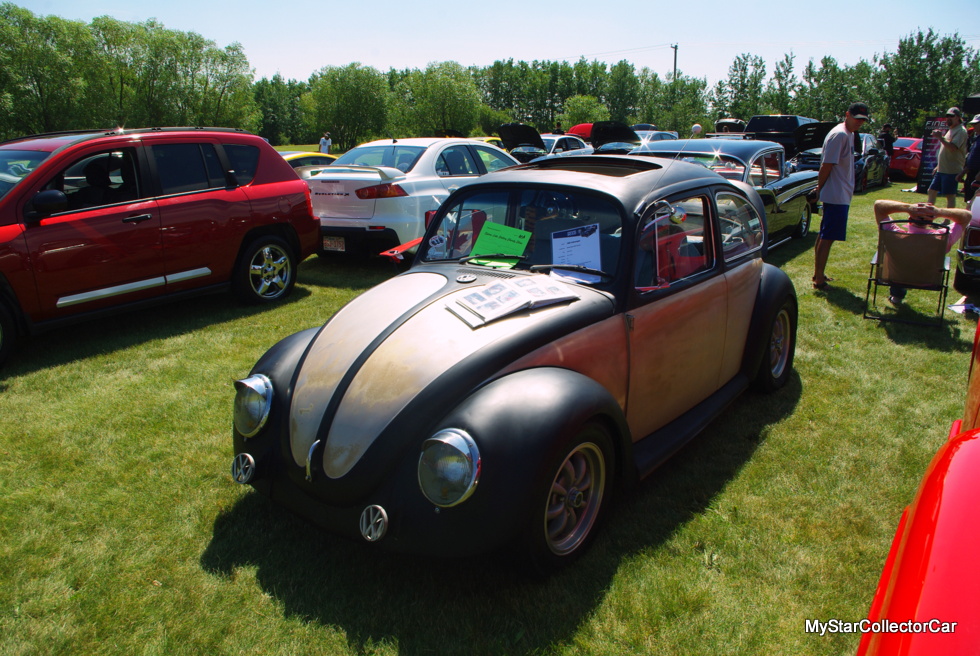 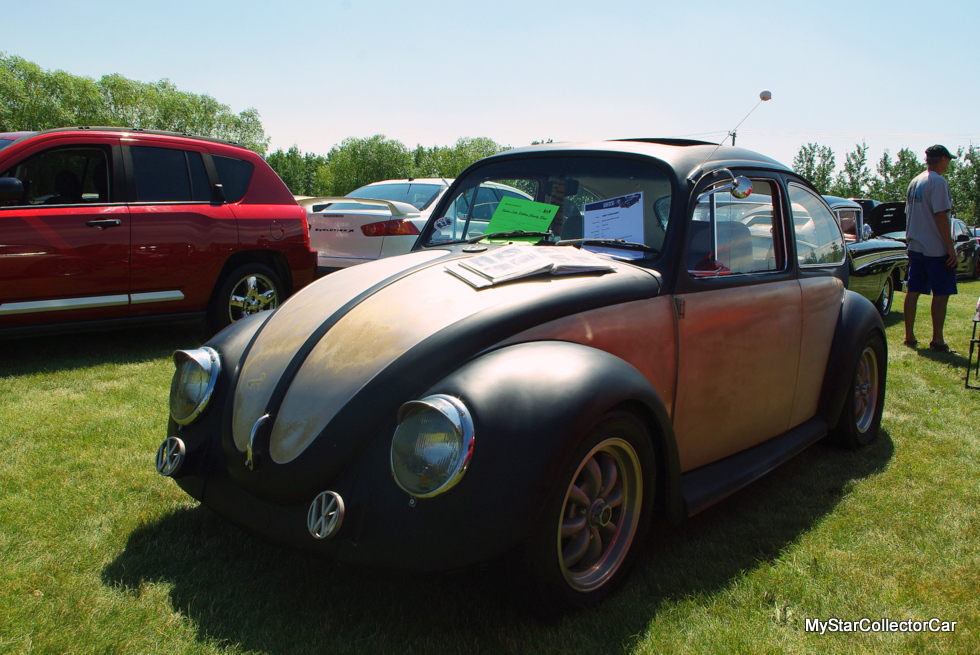 There’s a succession formula in the old car game.

Typically an old car or truck will go from the older generation to the younger as a natural plan of action. 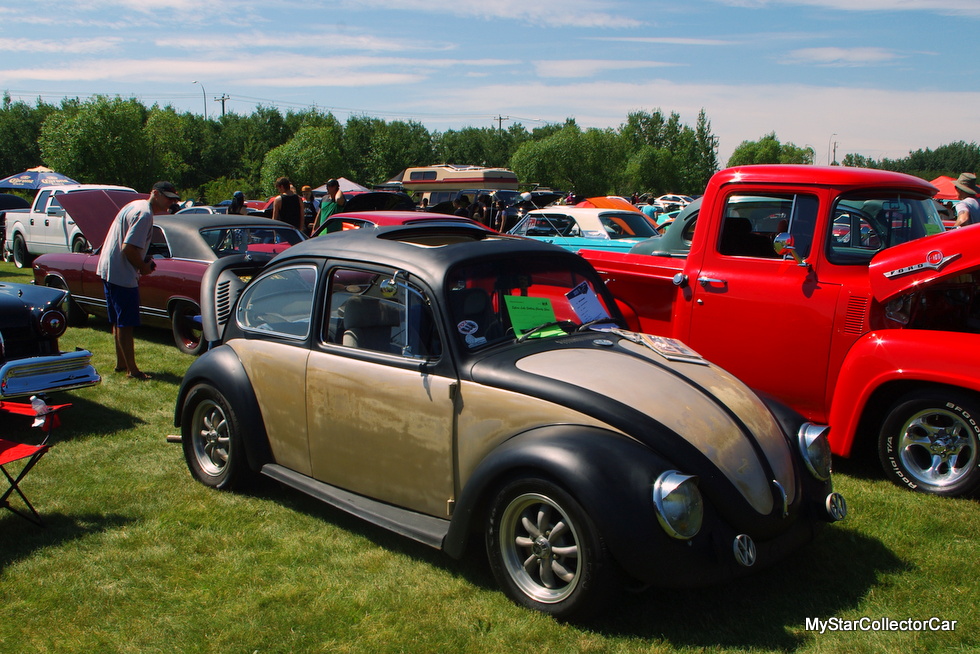 John Cox is the proud owner of his son’s 1969 VW Beetle thanks to a sequence of events. His son bought the Beetle for “400 bucks and a mountain bike” when he was 15 years old and his goal was to fix the VW and put it on the road as his first car. 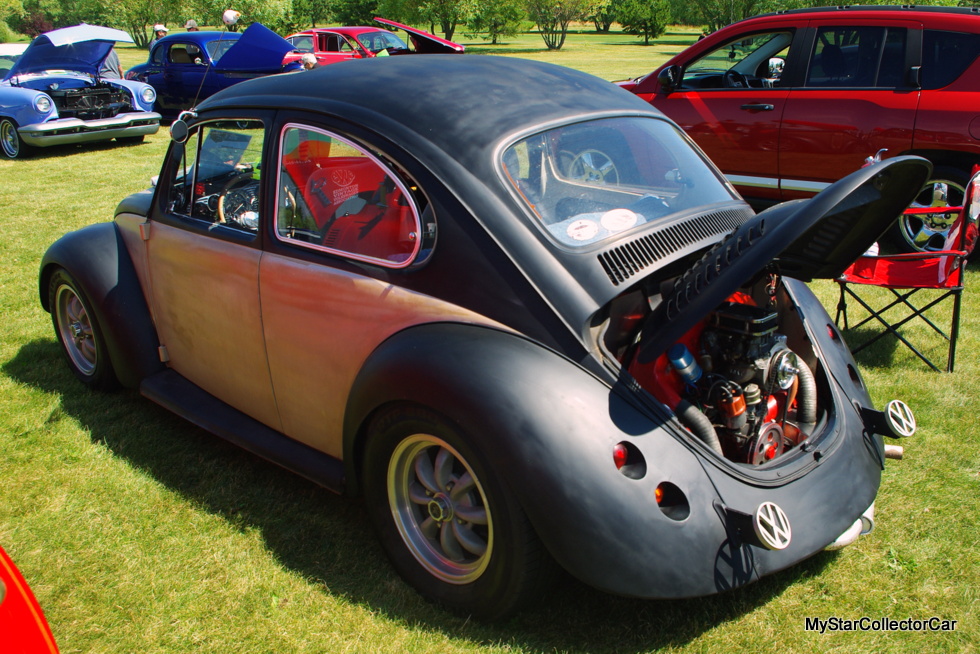 John’s son wanted to “put a big motor in it” but John threw a flag and made him “fix the brakes first”. He drove it briefly and the following year John ended up paying his insurance the next year so he could still drive it.

He ended up “tearing it apart and losing interest” so that’s when John jumped in and took over the Beetle project. John’s son did convert the Beetle to a standard out of a ‘74 from the factory automatic before he hit the wall on the project.

John turned this Beetle into a bigger project when he found a 1969 sun roof and had his son weld the new roof on the VW—the original roof was badly damaged. 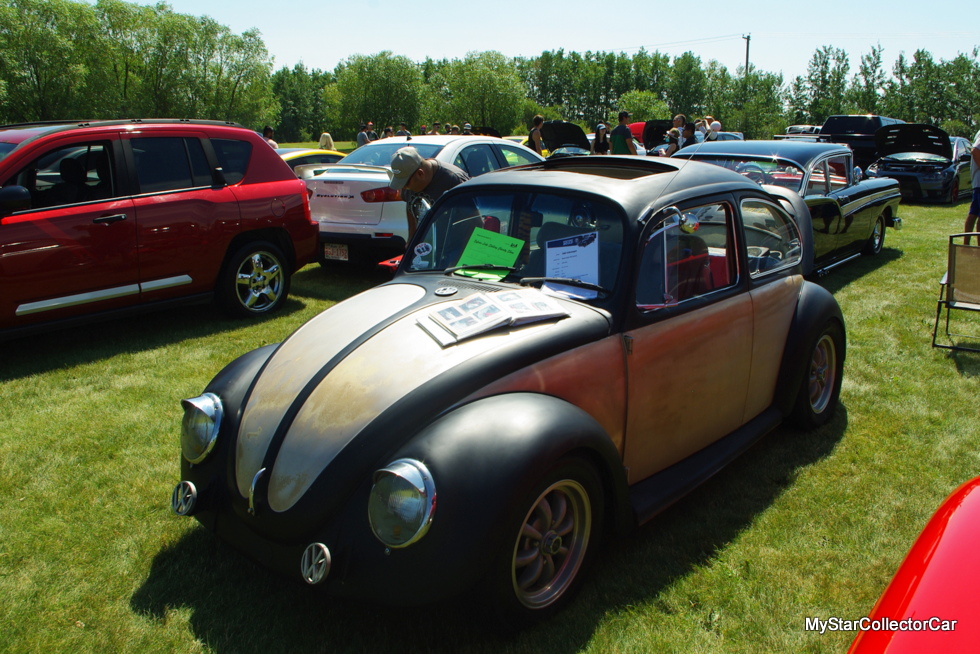 All the parts were found the old-fashioned way through barters and word of mouth—the roof came from a buddy’s donor car who was “going to scrap it” so the cost was minimal.

The pop-out rear windows came from another donor car as part of a bargaining process. 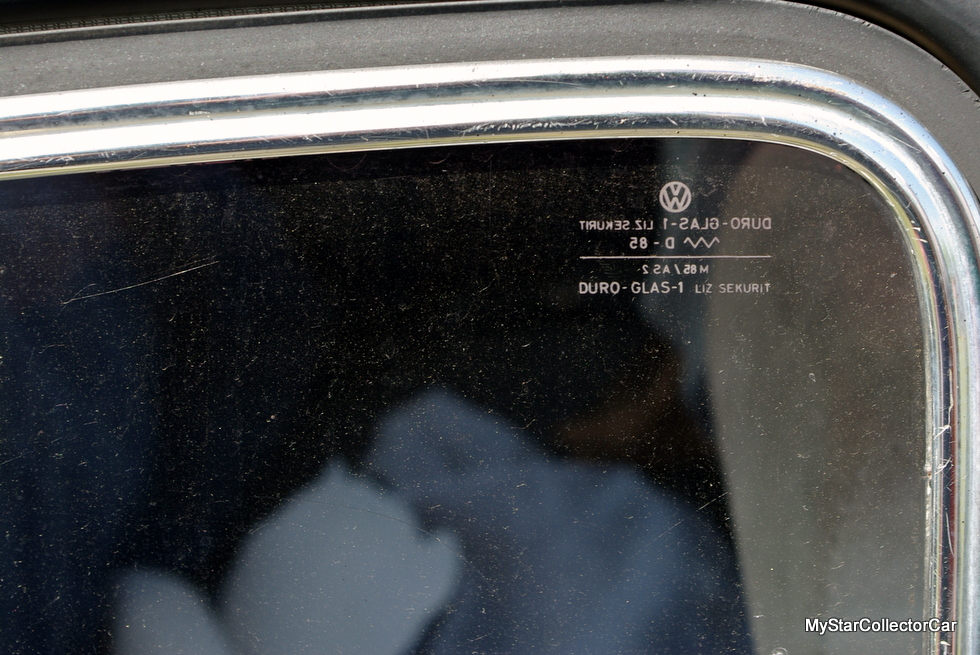 The seats are pure Pontiac Sunfire. 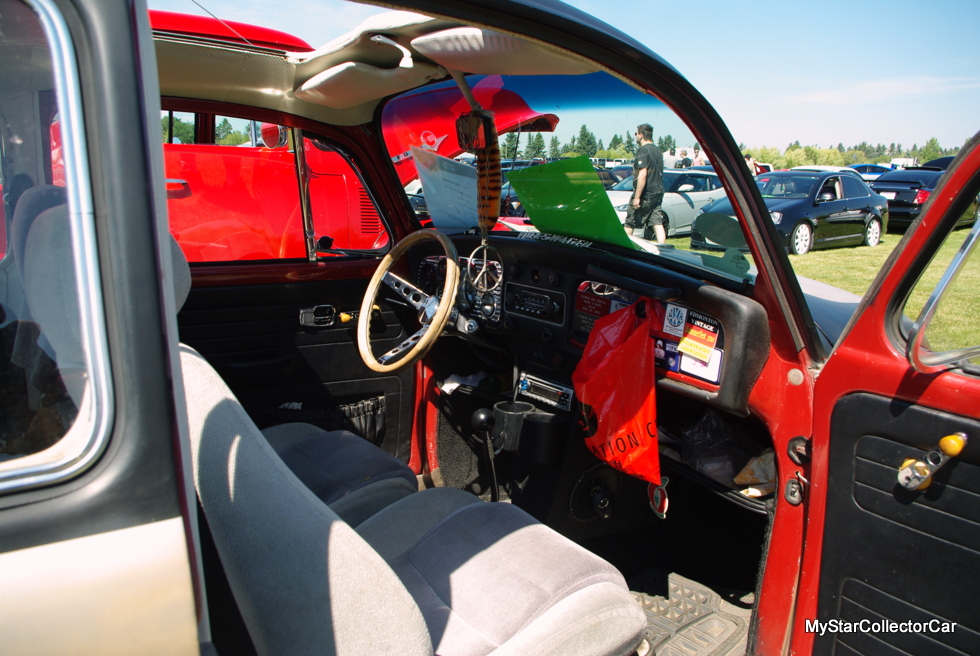 The wheels are genuine early 70s custom—vintage and period correct and the 60s dash was “scrounged from another donor car”. The deck lid was part of another trade.

John had added some custom touches to his Beetle including door poppers and a gas filler under the trunk at the front. The factory fender mounted lights are gone because the headlights use the park lights as signal lights. 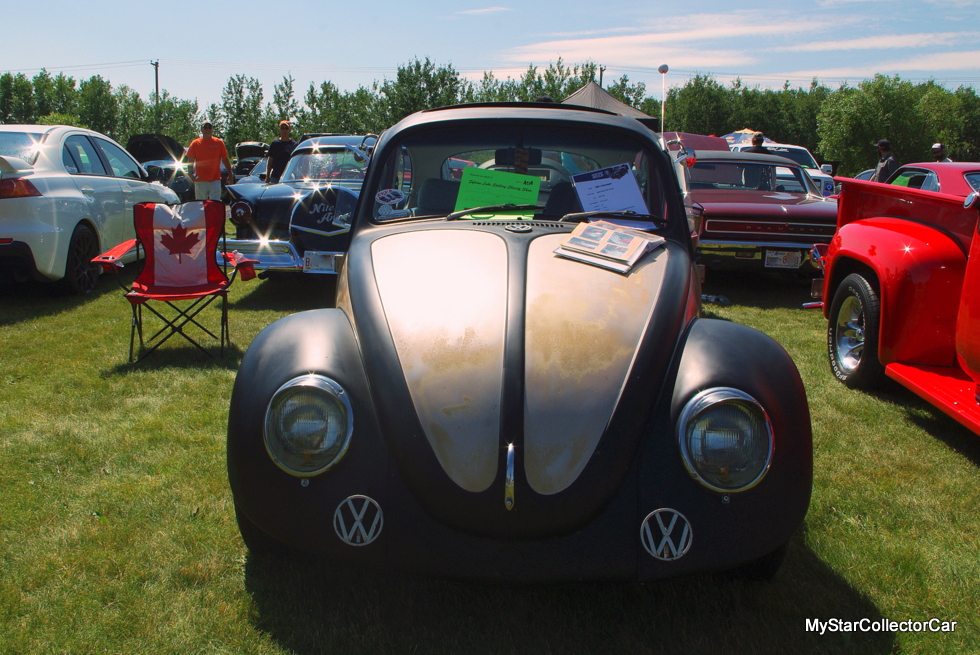 John also fabbed-up an extra brake light in the license plate well because “you need every advantage” with an old car in today’s world. 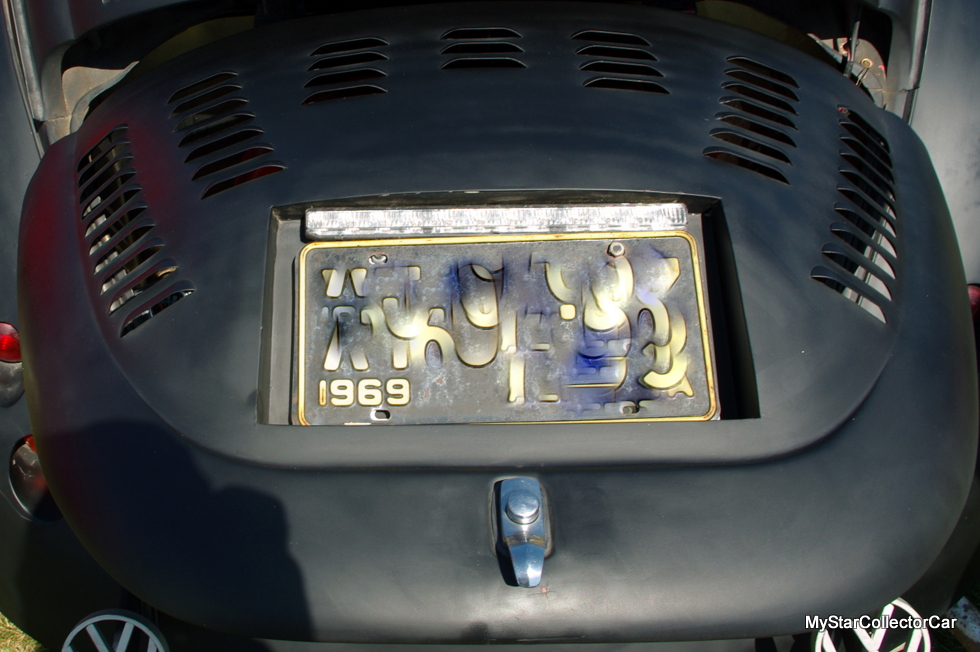 He found that out the hard way when a woman pulled a spontaneous U-turn in front of him and caved in the passenger’s side front fender. The story had a happy ending because (a) it wasn’t written off and (b) it came back better after some rust repair as part of the bargain. The Beetle ended up with a narrower front beam as part of repair so now the non-stock wheels work better. 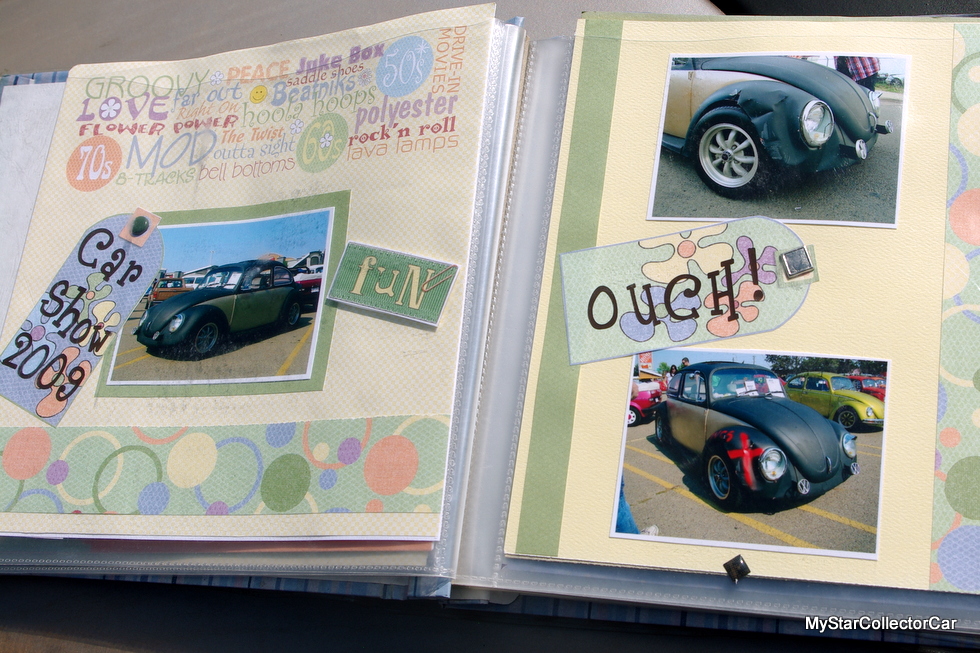 John has tricked up the engine so it has considerably more horsepower than the factory rating. It breathes better with a new exhaust system and carbs so it will easily run at better than highway speeds in its new form. 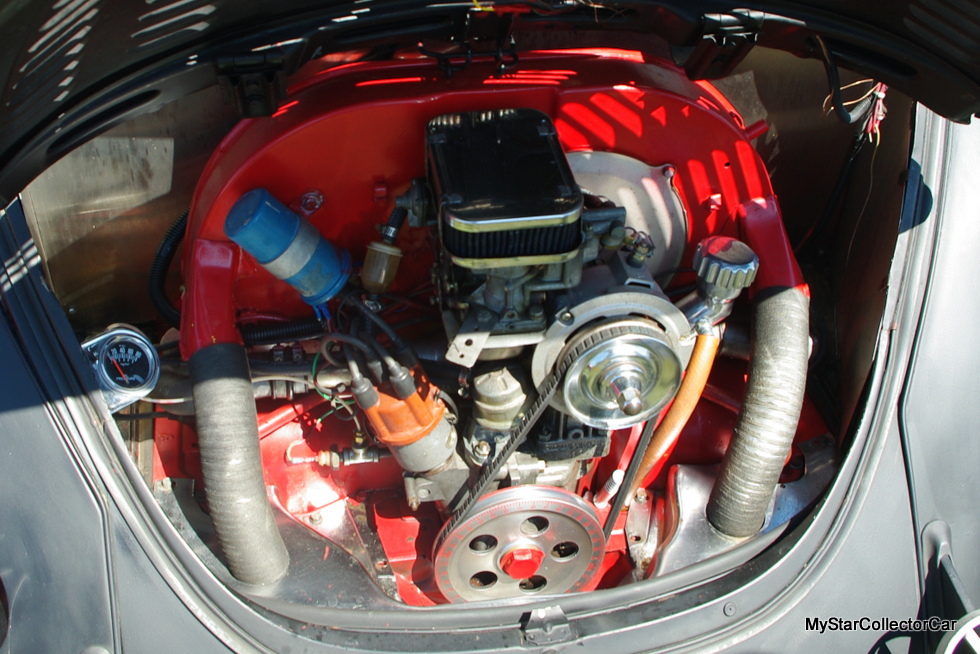 John can drop the VW on the ground if he wants but he prefers to keep it slightly lowered for regular use. He loves the way it handles so he doesn’t want to tinker with success. 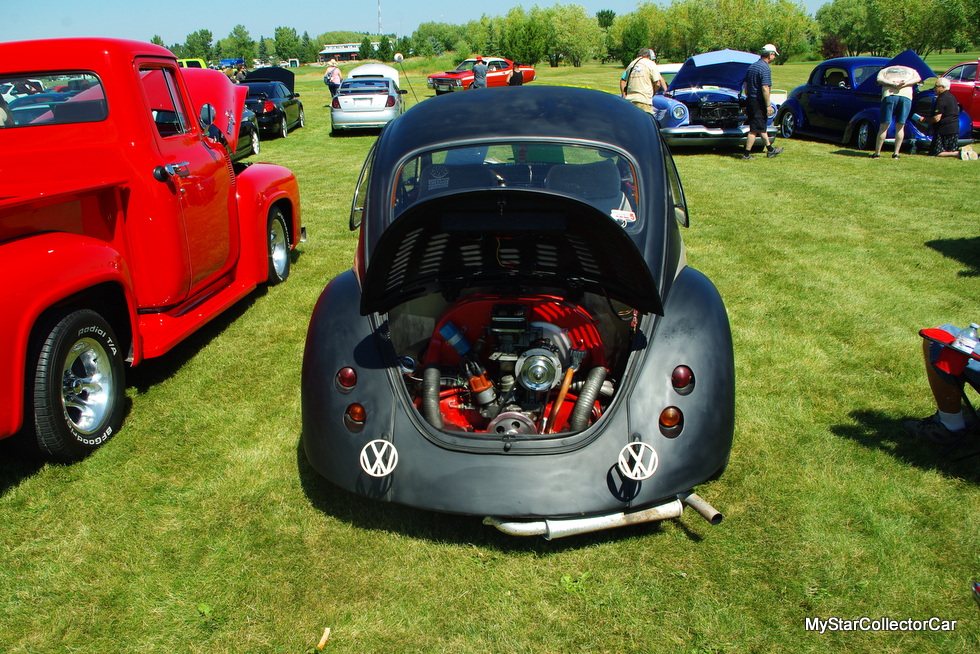 This is an ongoing project so John still has a list of things he wants to upgrade or repair—things like replacing the seats, adding a lace touch to the rattle can painted hood and sprucing up the interior but he doesn’t want to get bogged down and take this car off the road for any length of time. 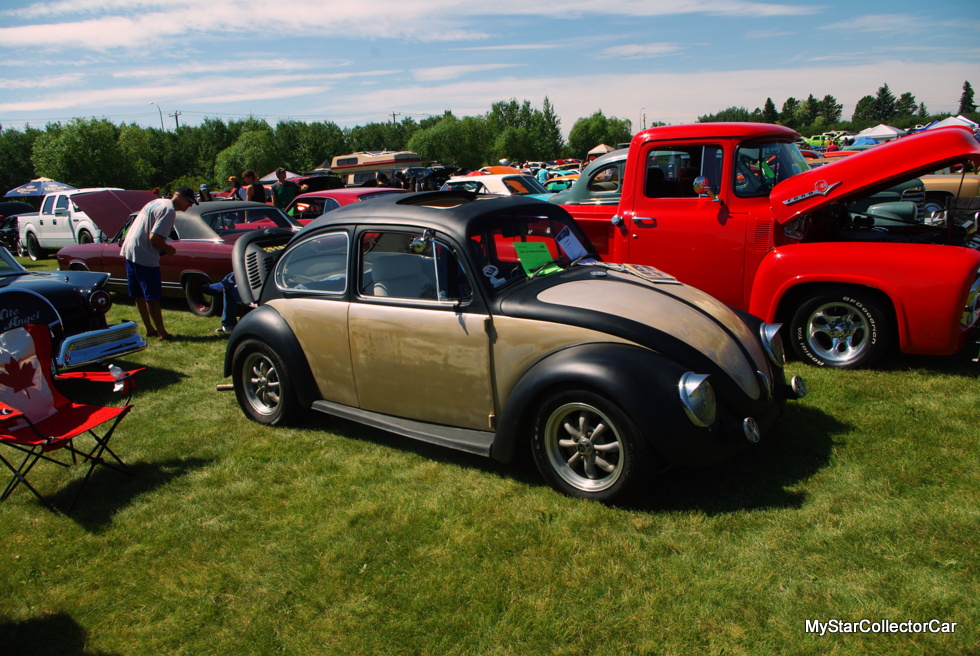 He wants to drive the wheels off it and when he can’t do that anymore he’s giving it back to his son—the circle of life, Beetle style.