1967 was the Summer of Love and it was also the year that Larry Chappele fell in love with his 1967 Rambler American.

‘Larry followed his father to a big city Rambler dealership that year with the sole purpose of giving his dad a ride home after Larry dropped off the car.’

Larry spotted the Rambler American on the lot where it had been ignored for 3 months by any and all buyers. It was an unloved plain “Jane Hathawayish” secretary car with serious heart under the hood in the form of a 343 small block. 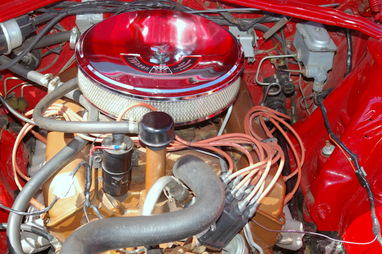 Chappele saw something special in the little hardtop with fire in its soul and rescued it from a sad life of car lot indifference. 40 years later Larry and his four-barreled flower child are still together and continue to enjoy that special bond that began back in 1967.

Larry and his Rambler have even survived a head-on collision that sent the other car to write off heaven and the promised land of future refrigerator reincarnation.

Both car and owner are surprisingly none the worse for wear after 4 decades of togetherness but these days they live far less stressful life full of car shows and very good Karma.

Larry doesn’t need to get anywhere in a hurry anymore but his faithful Rambler could still melt the tires if the spirit moved him. The factory 343 4-speed made sure that Larry spent many paychecks on tires in this youth and that part of his bio doesn’t need to be repeated. 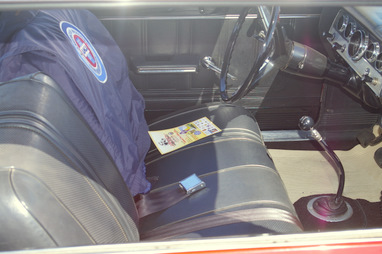 ‘Chappel and his beloved Rambler American have little to prove these days except that some romances from the Summer of Love lasted longer than a Grateful Dead concert.’