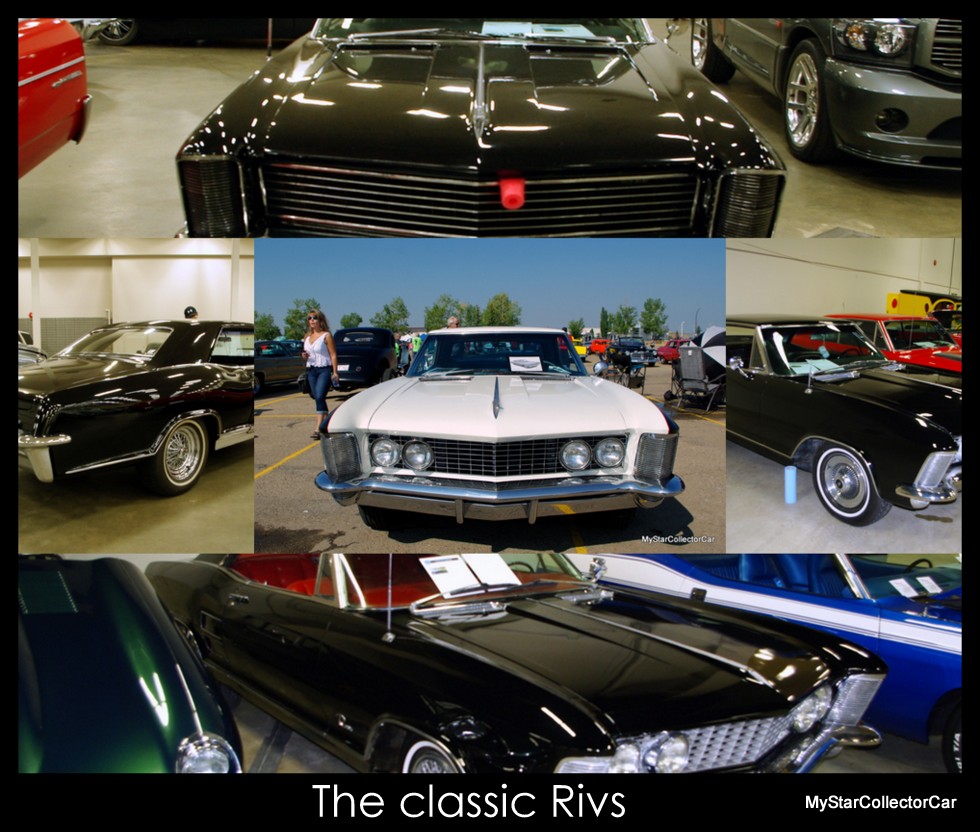 Riviera has a storied history within the Buick world.

The name originated with the debut of the 1949 Buick Roadmaster Riviera model with its then-unique two-door hardtop version. 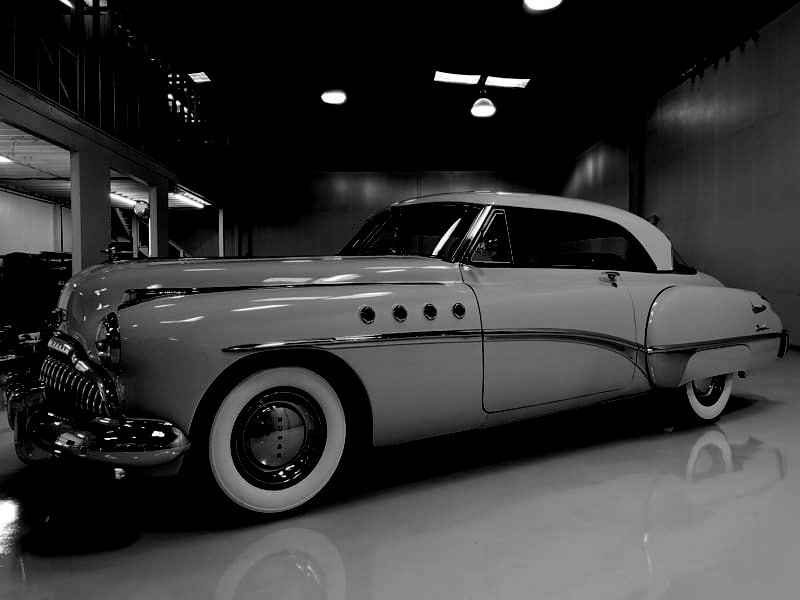 Buick dabbled with the Riviera name during the 1950s and used the moniker on several of its models during the Elvis years. This decade was an era when the Rivera name was used to showcase Buick’s elegance in the automotive world and the various versions of the car lived up to the image during the Fabulous Fifties.

Buick moved in a different direction during the early 1960s and reintroduced the Riviera as a standalone model in 1963. There was still a significant measure of upscale elegance attached to the 1963 Buick Riviera-along with a bold new aggressive style to these cars. 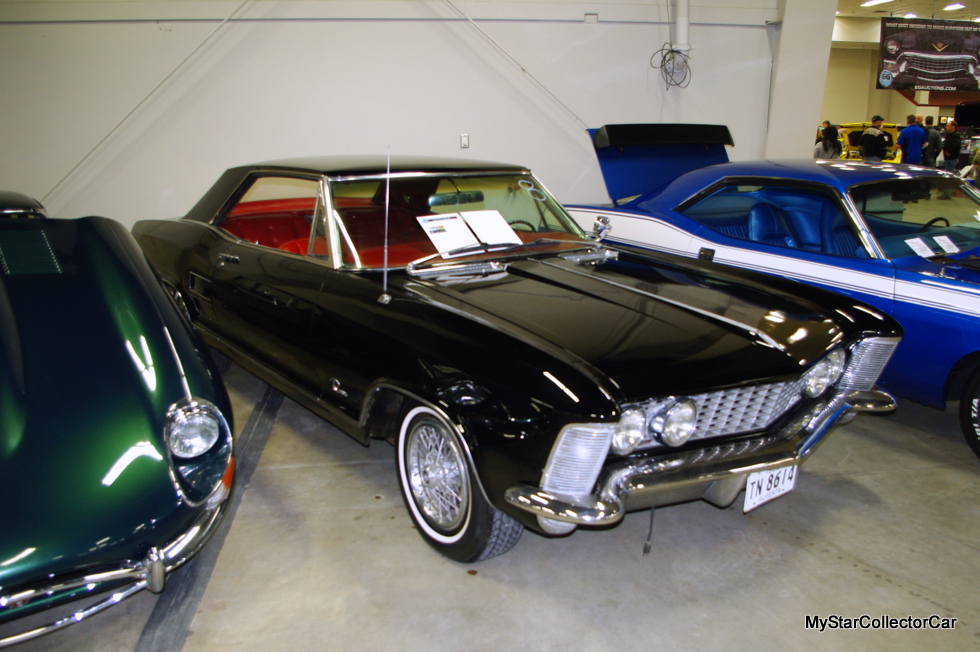 The 1963 Buick Riviera looked like a young Cassius Clay (soon to become even more famous as Muhammad Ali) in a tuxedo: brawny, ready to take on the world, and ultimately very stylish. 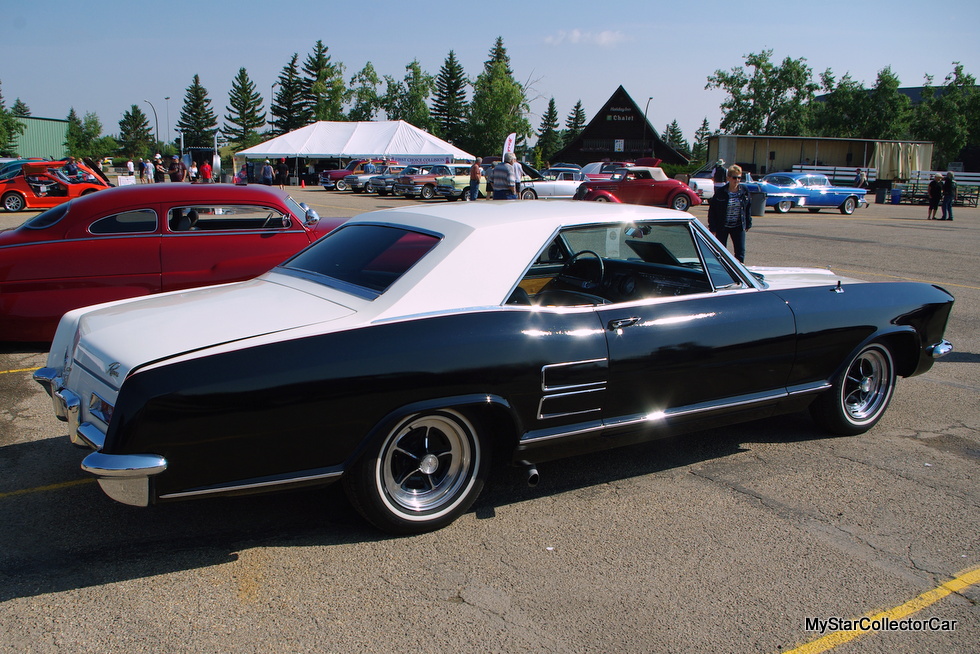 The style of a 1963 Buick Riviera was unlike any of its factory mates because it looked tougher than any of the other Buick models. The idea of a Buick with a take-no-prisoners exterior style was not common in the buttoned-down world of typical Buick models. 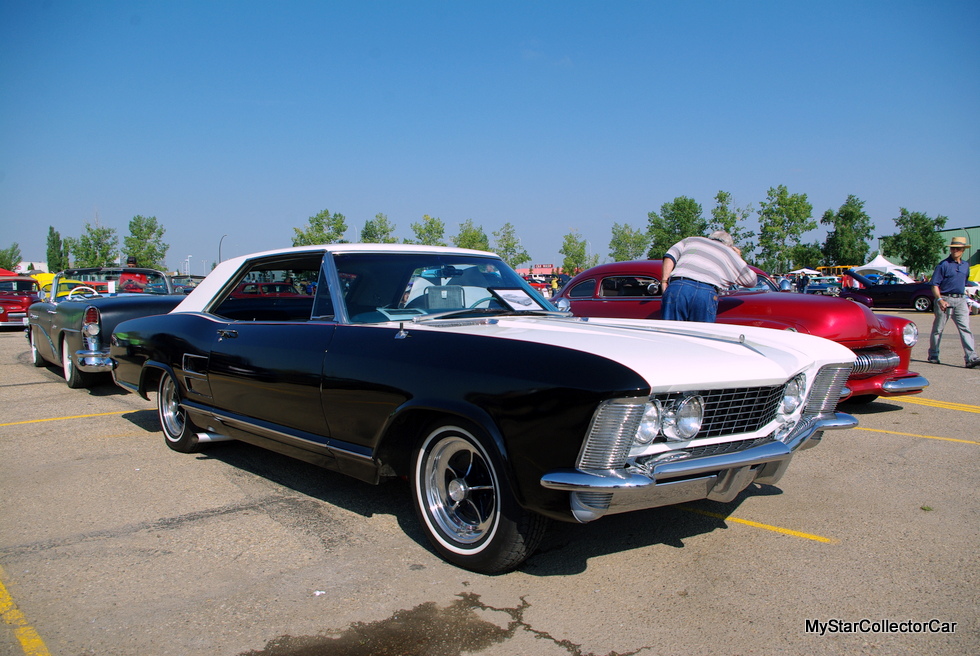 The message from other Buicks was simple: their owners want to use cars as an upwardly mobile status symbol, move up the ladder of success, and bore people to tears at cocktail parties. The 1963 Riviera owners had a different game plan: this is going to be a very fast trip, so get out of our way-or pay the price-while we move ahead of you on the road of life.

The Riviera was a smaller and more nimble version of most Buicks. It debuted as a four headlight model with pronounced vertical park lights that were built right into the car’s front fenders. Plymouth had a slightly similar front end style on its 1963 models, but Riviera took that style concept to another level in ’63. 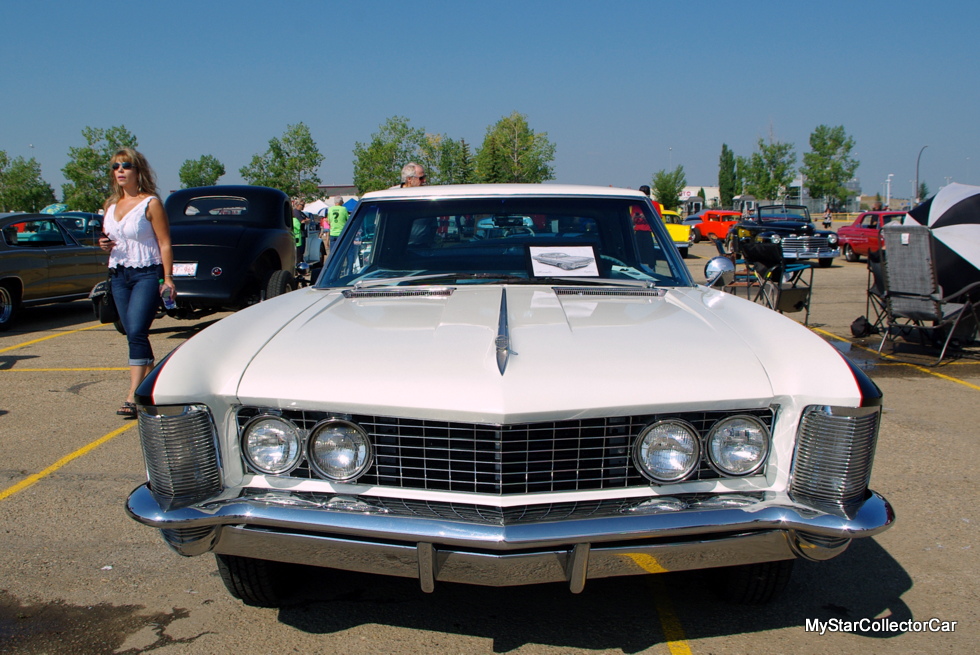 However, the 1963 Buick Riviera and Plymouth models shared no style similarities on the back end. The ’63 Riviera had its own unique style that looked fast standing still because of the rear deck design that slanted down to a horizontal tail light system. 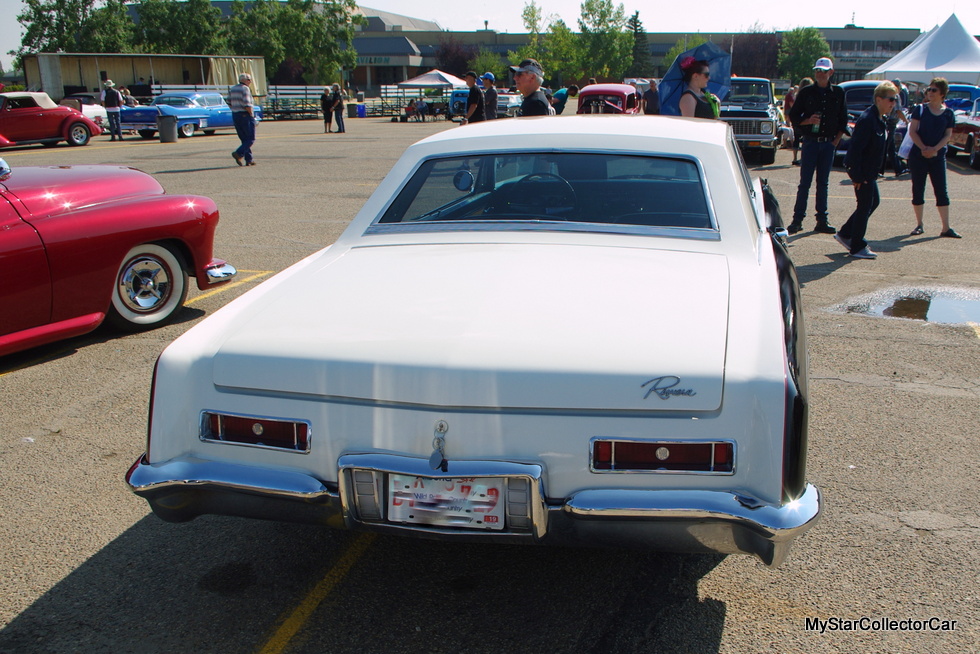 The title suggests that Buick ran with this particular Riviera style from 1963 until 1965 and the title is definitely correct in terms of automotive history. The style changes were indeed subtle during its 3 year production run, but Buick devised a way to make the 1965 Riviera even cooler: hideaway headlights. The hidden headlights were a bold new direction for GM that were only found on its Riviera and Corvette models in ’65. 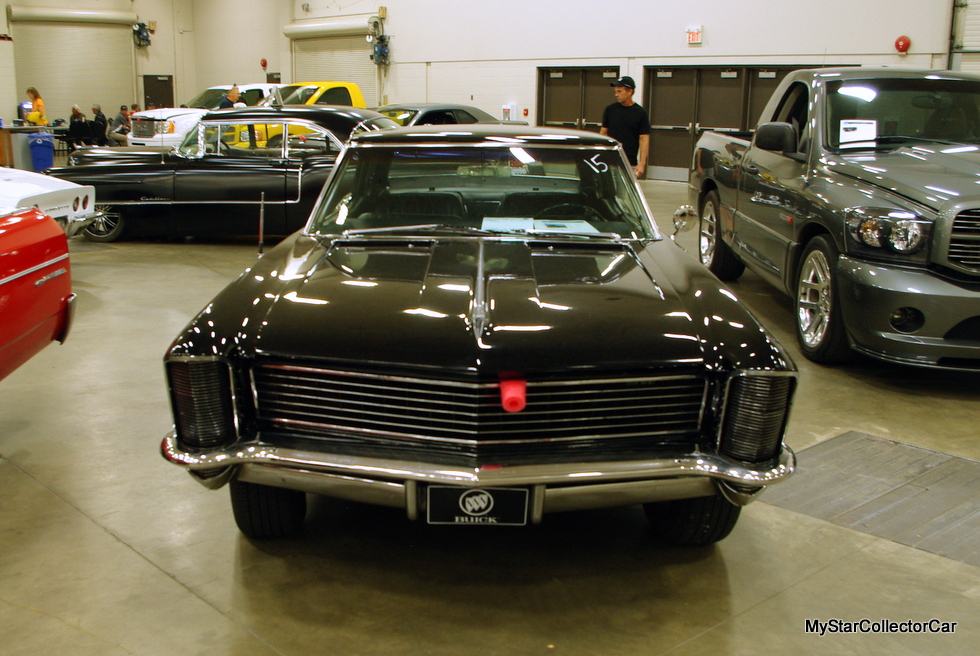 Buick also got rid of the chrome and non-functional side scoops on the 1963-64 Rivieras. The rear bumper on the 1965 Buick was re-designed into a one piece unit that was separated from the body and wrapped around the rear quarter panels. 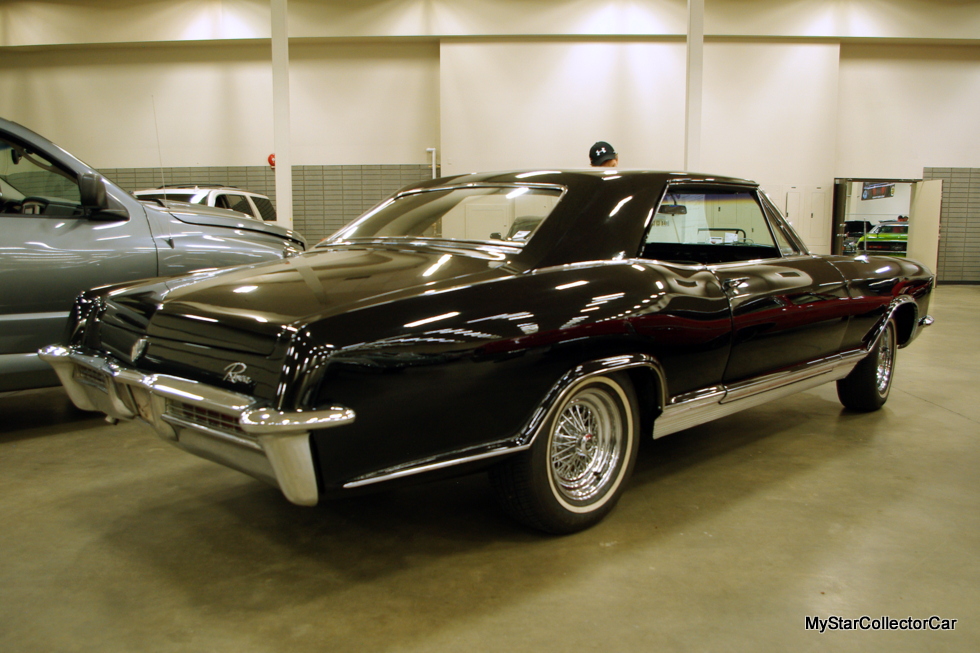 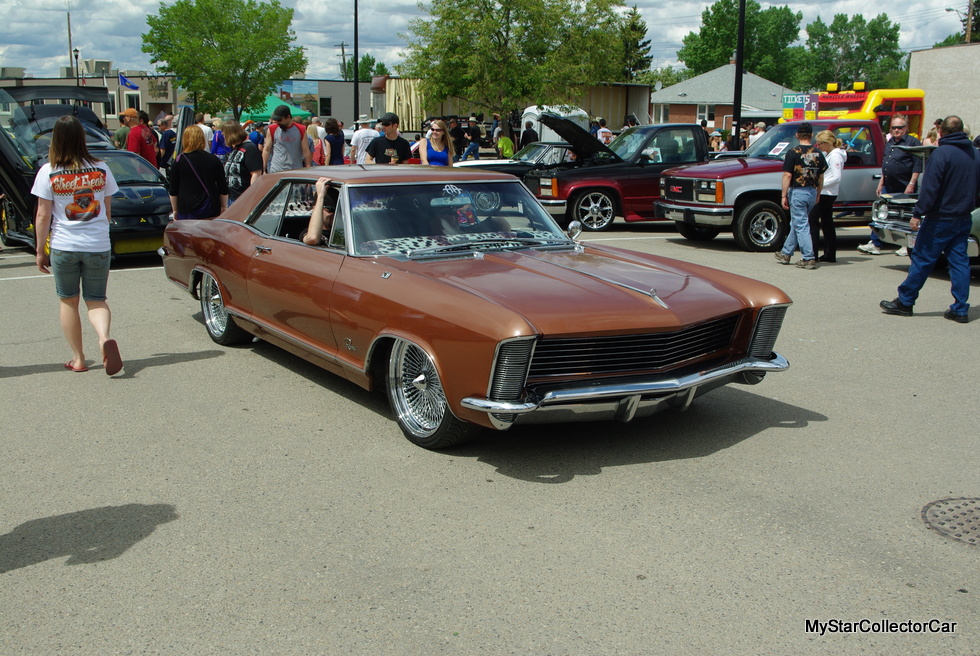 Therefore the cars could pass other cars on a freeway with relative ease; thus many owners found they could combine elegance with performance and style when they chose to own the most iconic Riviera ever built by GM.