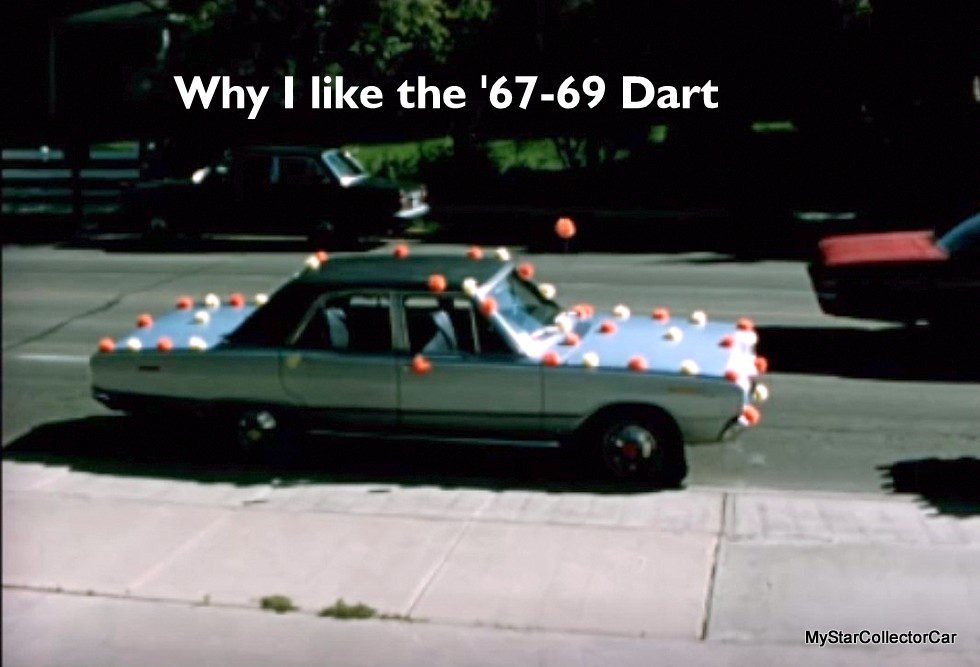 The Dodge Dart was heavily associated with the compact car movement and economy from a bygone automotive era.

That practical image went flying out the open window of a fast-moving Dart when the Mopar crew added a V-8 option for the Dart in the 1960s.

The revamped style of the Dart caught up with its horsepower in 1967 when it got a bold new facelift and looked the part of an up-and-comer during the muscle car era of the late 1960s. 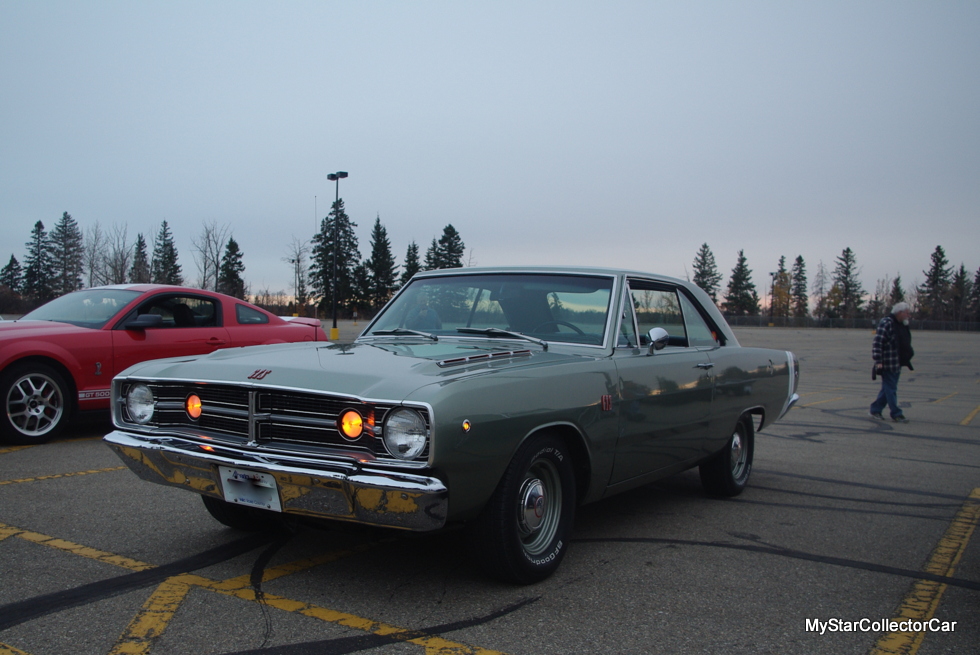 The nimble little Dart was still available with a Slant Six engine in base form, but the car also offered many ways to roast the rear tires with lively factory V-8 choices.

The 273 cubic inch 4 barrel small block was one way for Dart owners to get to know their local tire guy on a first name basis-but it was not the only way.

Chrysler expanded their engine horizons in a big way with their legendary 340 small blocks that were a perfect performance match with the compact Darts. A maxed-out 340 Dart hooked up to a 4-speed tranny could run with the big dogs in a straight line and light up the competition in the corners because of the 340 Dart’s smaller size and beefed-up suspension options. 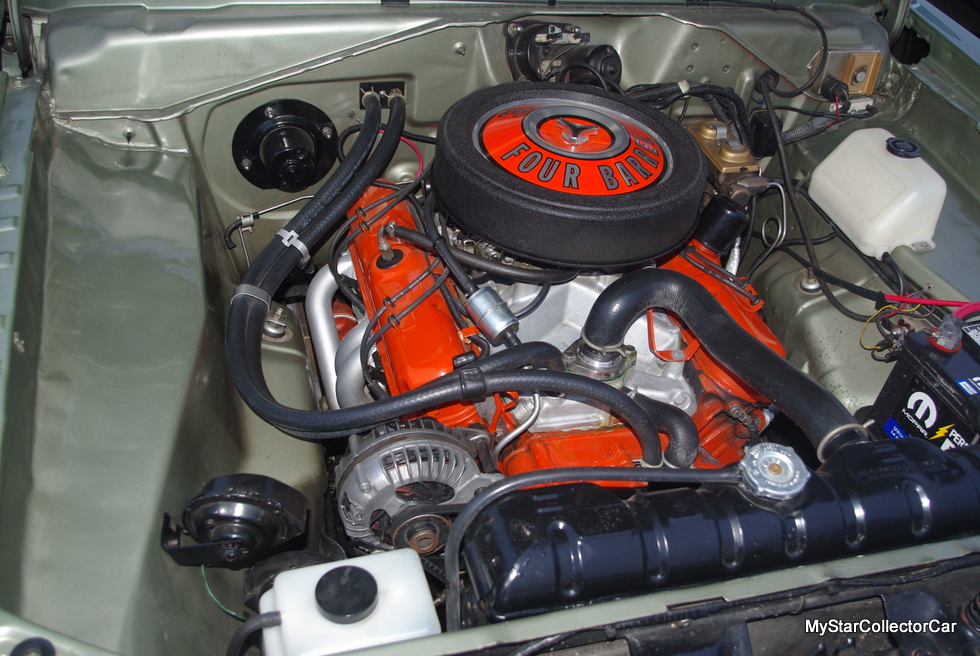 The very cool style of a 1967-69 Dart was a big part of their appeal. My father had a 1967 Dodge Dart four door sedan equipped with a vinyl roof and generous amount of bling. It also had a lively 273 cubic inch engine under the hood and delivered on both style and go-fast fronts. 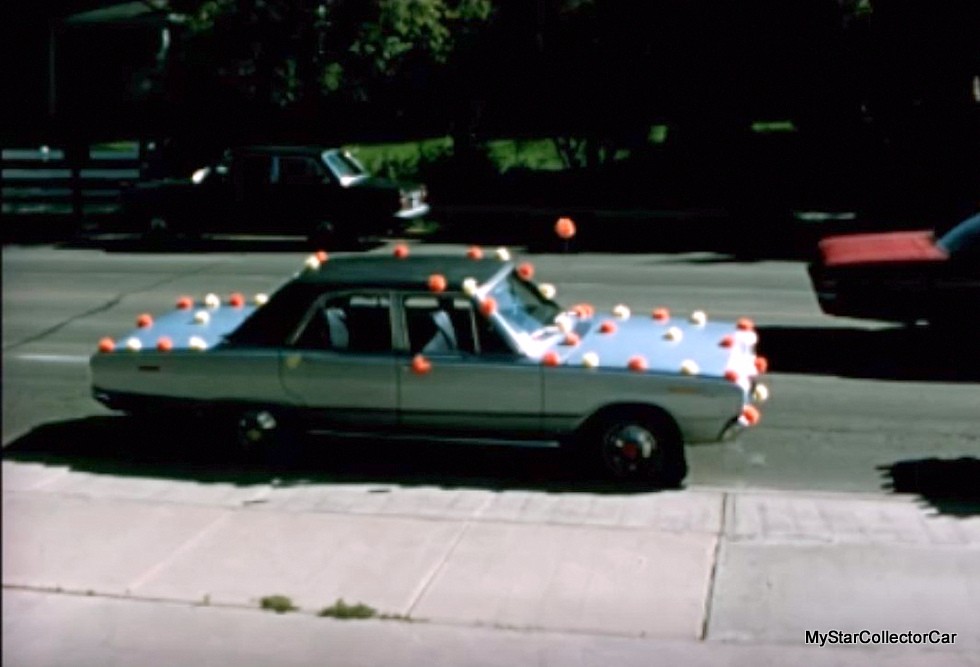 My father was a practical guy and leaned heavily toward cars that were barebones in a minimalist kind of way. The Dart purchase was the exception to his rule because it was more of an upscale model when he reluctantly said goodbye in 1971 to his ‘66 Plymouth Belvedere (the only car he actually bought brand new) and purchased the Dart. 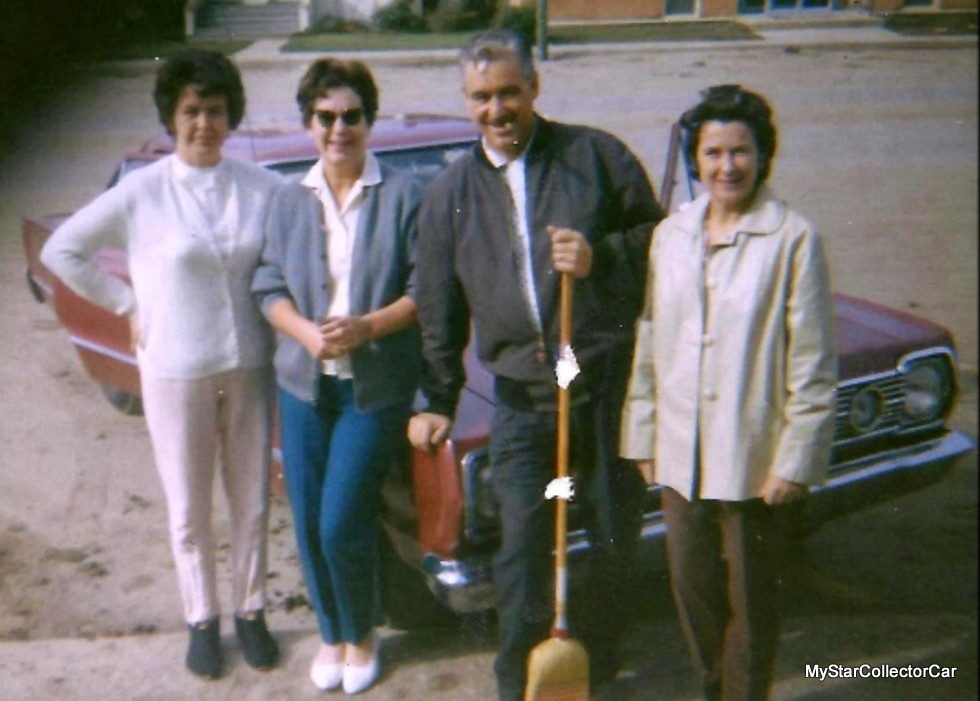 My dad had miled-out the Belvedere and the Dart was its replacement at an attractive price for him in ’71. I was a kid in high school who saw the Dart as a stylish addition to my meager supply of coolness at the time. 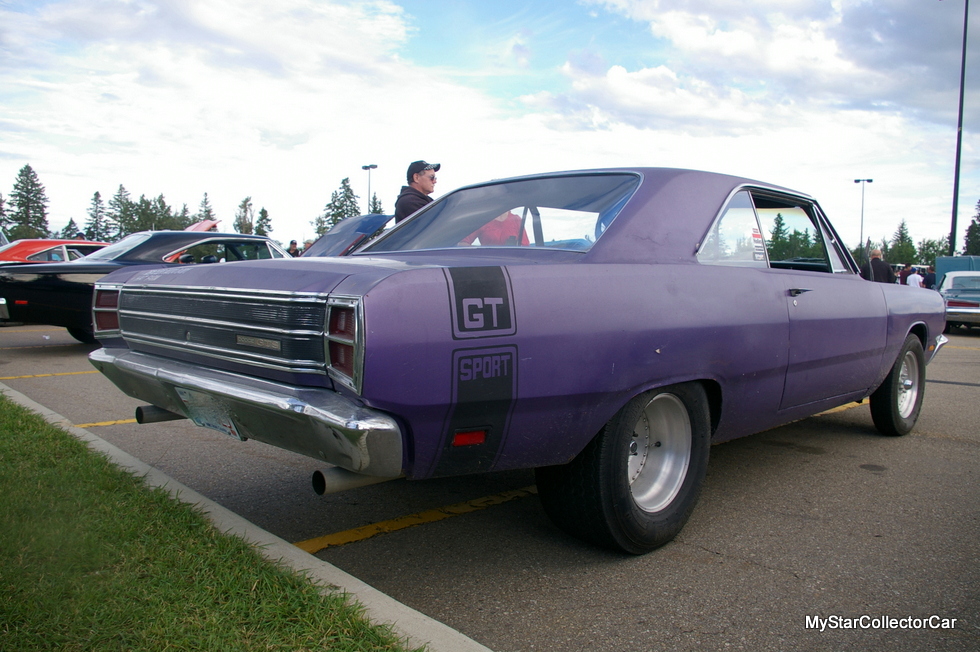 However, I had limited use of the Dart because my father was also a rational man who was not crazy about the idea of his impulsive high school son driving his car for social events-no matter how it may have elevated my cool factor with the Dart.

My use of the Dart was limited to excursions that involved trips that excluded any fun occasions where my difficult climb up the ladder of high school social status might have gone easier with my father’s Dodge Dart, the one with the black vinyl roof and 273 engine. 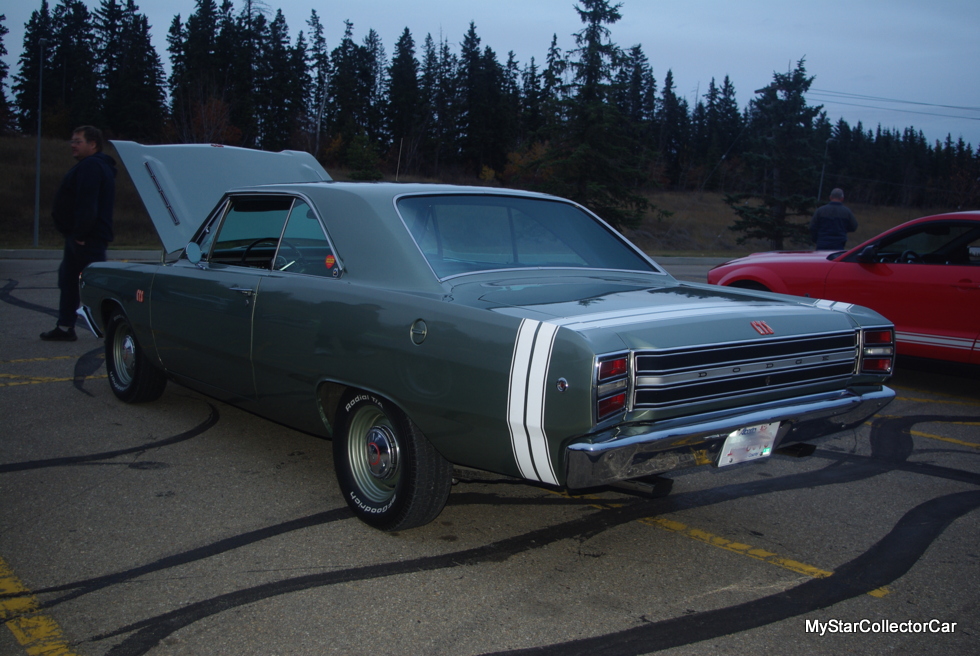 Occasionally I did ask my dad for the car and found a solid way to make the guy laugh each time I made the request. 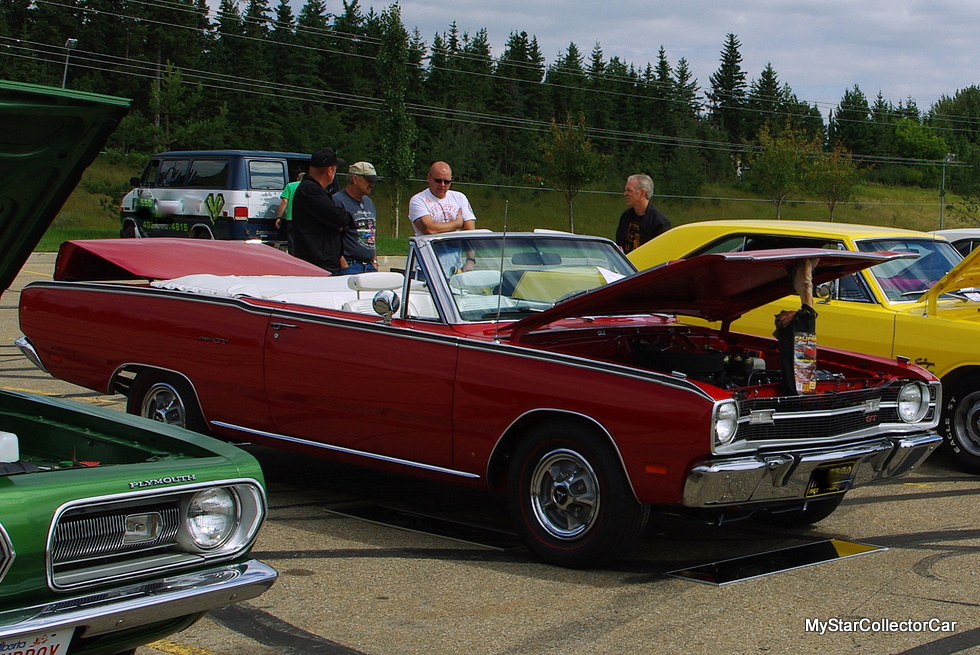 It was not going to happen for me and the Dodge Dart. However, I never stopped believing this iteration of the stylish little Mopar compact is one of the coolest cars ever made by Chrysler. 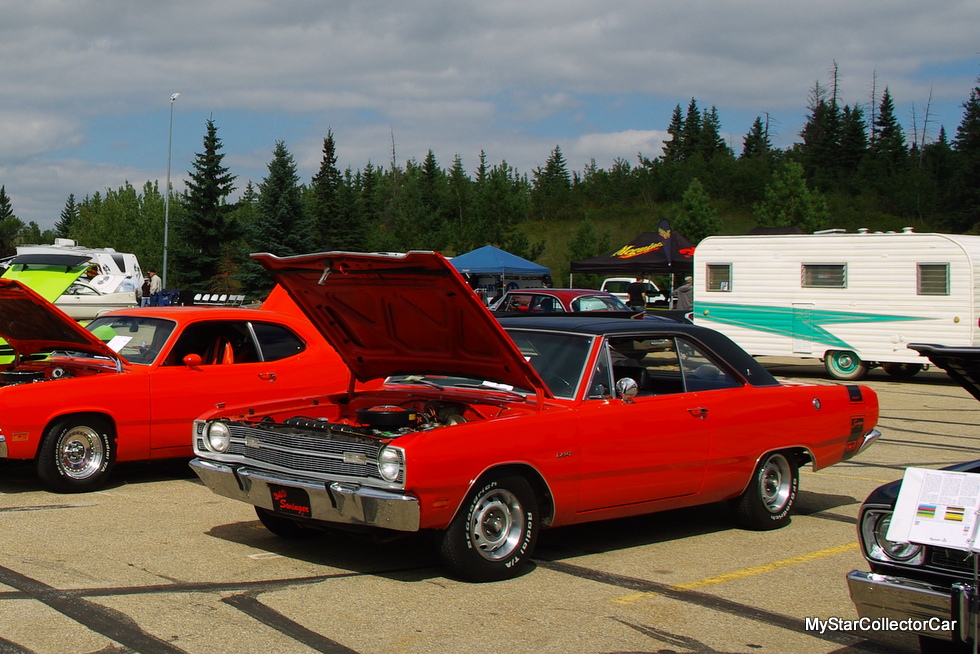 It might even make me cooler today if I owned one.

SO YOU WANNA OWN AN OLD CAR?