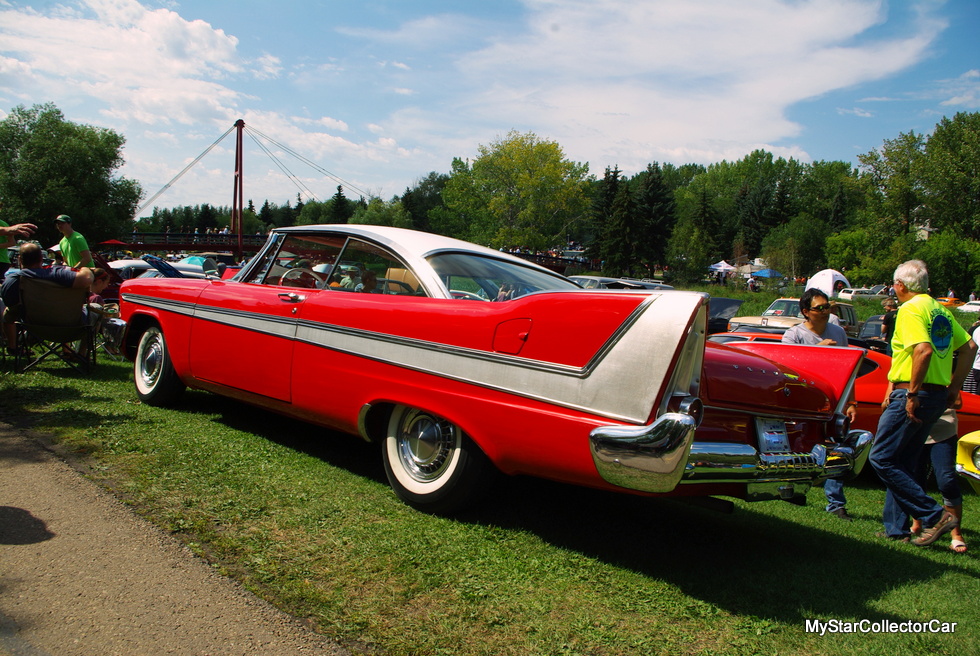 The movie Christine turned the ’58 Plymouth Fury into a movie legend overnight but it came with a steep price.

The movie guys scoured the local car scene back in the early 1980s to grab every ’58 Plymouth in the area and most of them met a grisly end.

This ’58 Belvedere escaped the clutches of the movie guys back then so you could definitely say this plot had a happy ending. 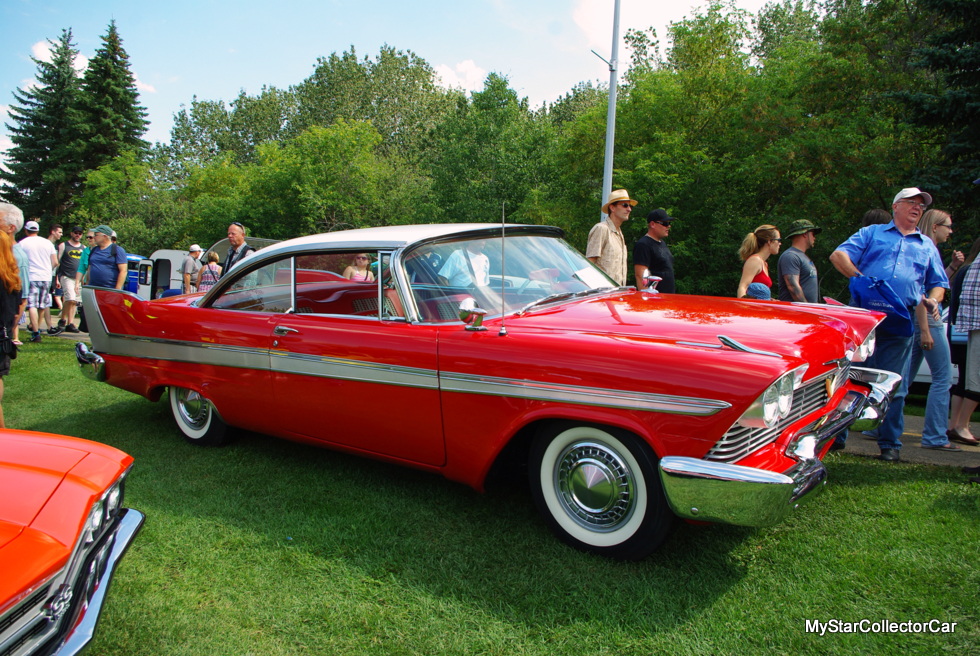 Jason Newnham is the proud owner of this classic fin car and he explained how the Christine people wanted the car but they were turned away: “They were scouting for Christine  and one of the producers wanted this car but the owner  said no because they’d wreck it”. Oddly enough, the wrecking yard where the movie Christines went to their final resting place and a few scenes were shot were just down the road from the owner’s place. 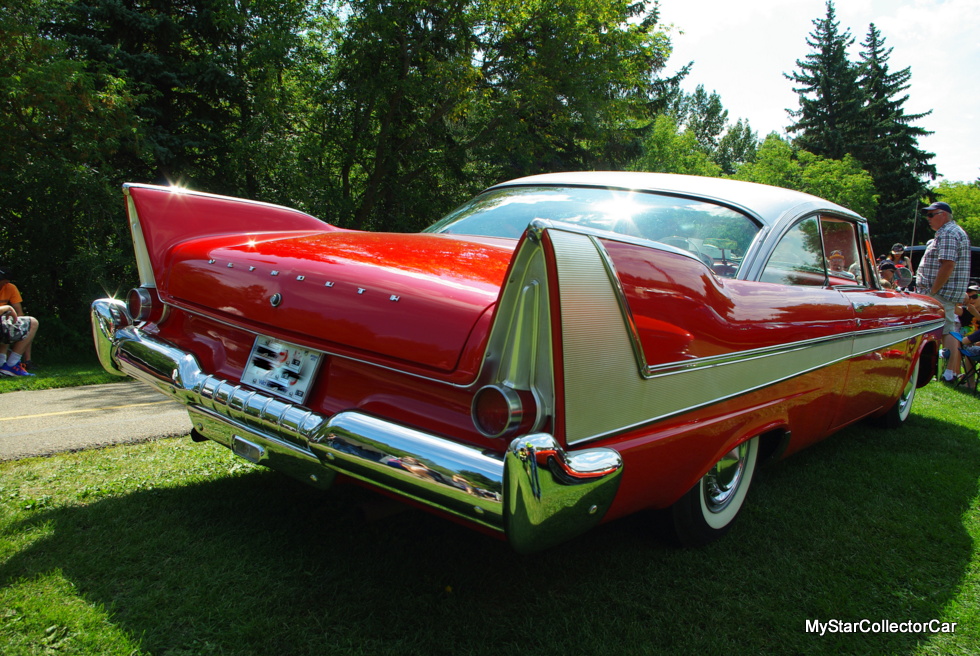 This is an original Los Angeles car—it still has the yellow and black plates and it was sold new in Chino, California. The second owner bought it and Jason gave him one of those “if you ever sell it” offers and Jason became the third owner of this Forward Look era survivor. There “isn’t a speck of rust” on this car so the Southern California life was good to this 60-year-old Plymouth. 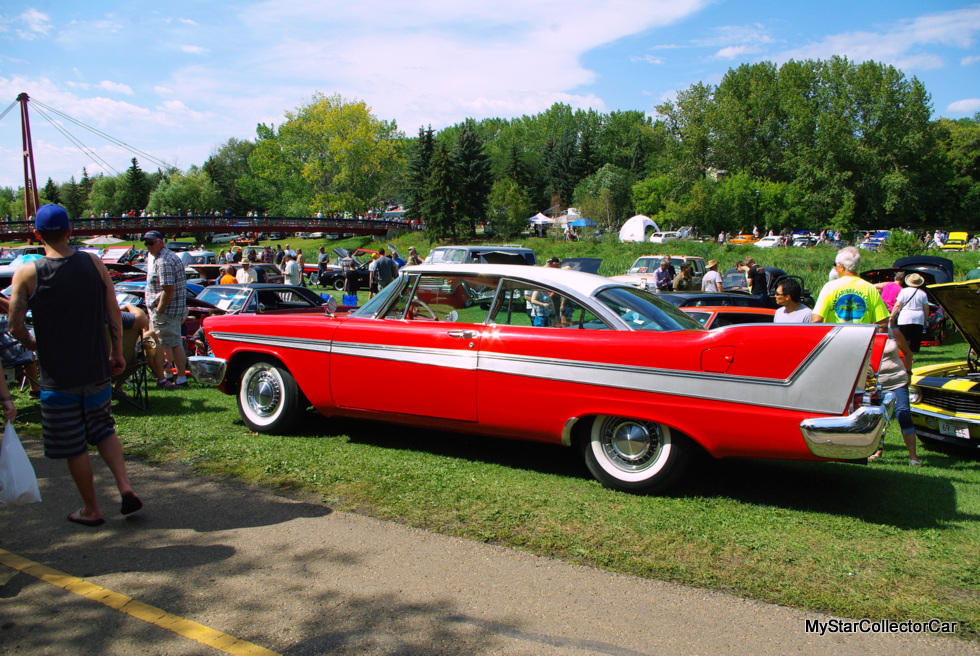 Jason wasn’t interested in the car simply because of the Christine connection—he wanted it because his uncle used to own one and that set the hook for life.

This is a 318 Fury engine-optioned car so it has the two 4-barrel configuration. Jason is extremely happy with how it runs—he said it “fires right up but sometimes the idle needs a little time to set up”. 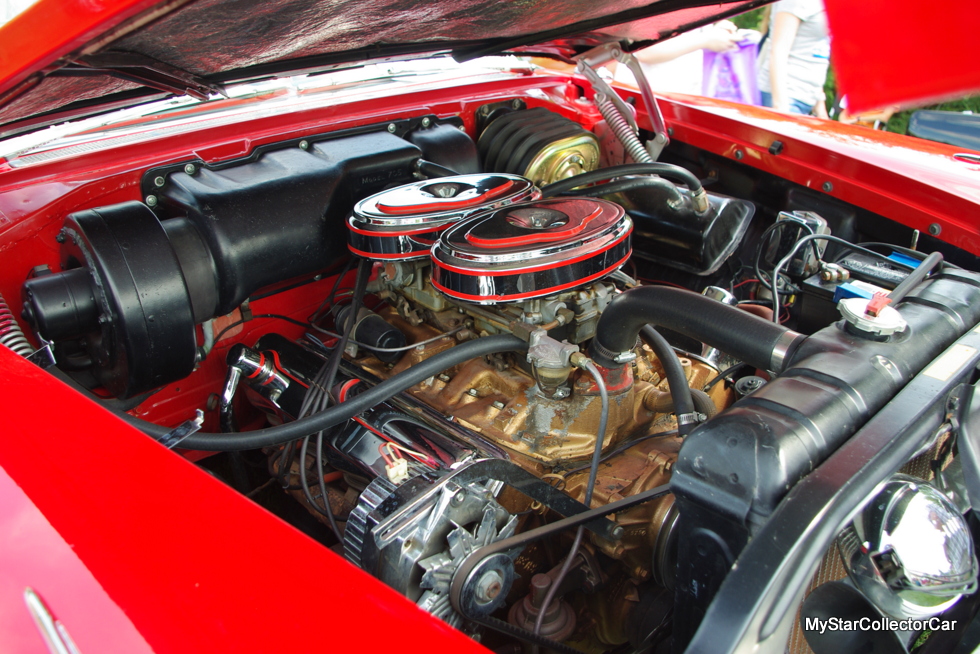 He doesn’t drive his ’58 Plymouth much—in fact, he gets it out very little so it had only been out once in three years so the miles are kept to a minimum.  Jason does love the way it “soaks up the road” and he describes the ride as very comfortable. 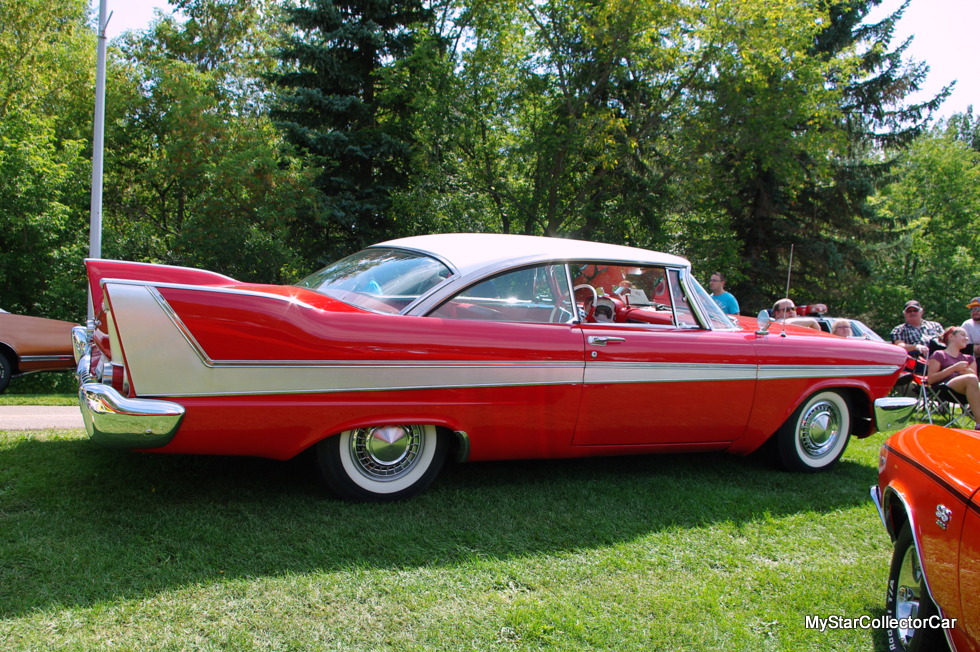 It’s never seen gravel or bad weather and the only thing that was aged was the center section in the headliner. It kept falling down when he was driving it—most late 50s Plymouth owners are well aware of the issues with the three-piece headliners.  It also has “all Solex” glass to add to the original portfolio of this classic Mopar. 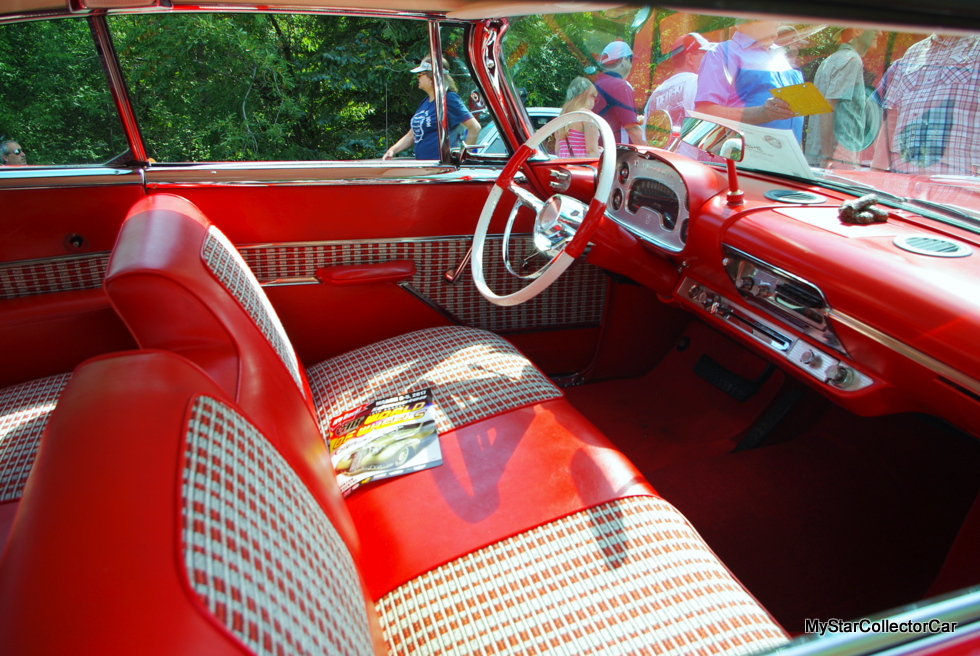 Jason definitely belongs to the brotherhood of the ’58 Plymouths because he saw one on the highway a few years ago with the hood up so he turned around to help. He said he had “just enough tools” to get it running again. 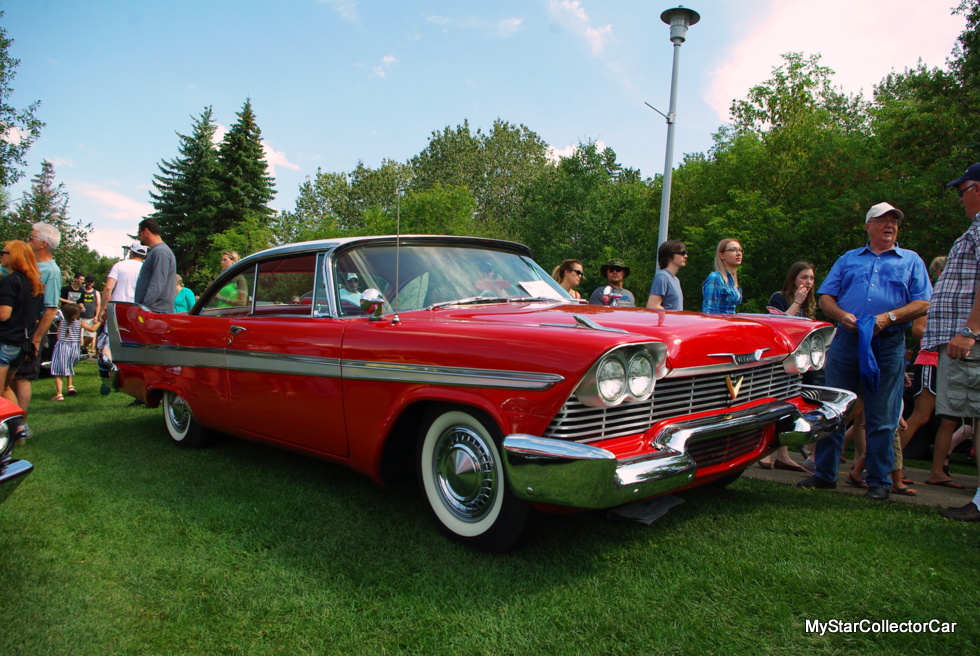 The other factor is the Christine effect. He never goes anywhere without hearing it—one kid saw the car, did a quick U-turn and went ripping by him on the highway, then yelled out “Christine” when Jason was on the way to a show.

Jason is comfortable with the rock star status of this ’58 Belvedere  so that incident was just another day in the life but the kid would have been really excited if he’d known that this one escaped Christine’s clutches.