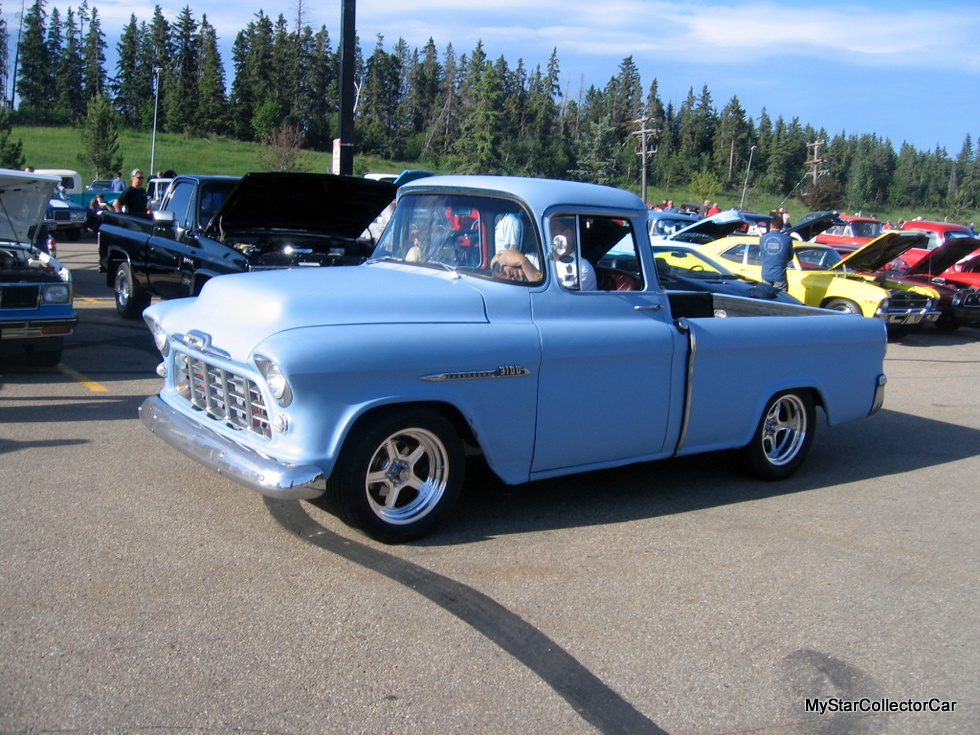 A big style change in Chevy trucks took place late in 1955 when the General unveiled a radical new look for its truck divisions.

The post-war Chevy truck design was replaced by a sleek new body design that had a wrap-around windshield and a curvy modern look.

They called these new Chevy trucks the “Task Force” in their marketing campaign. 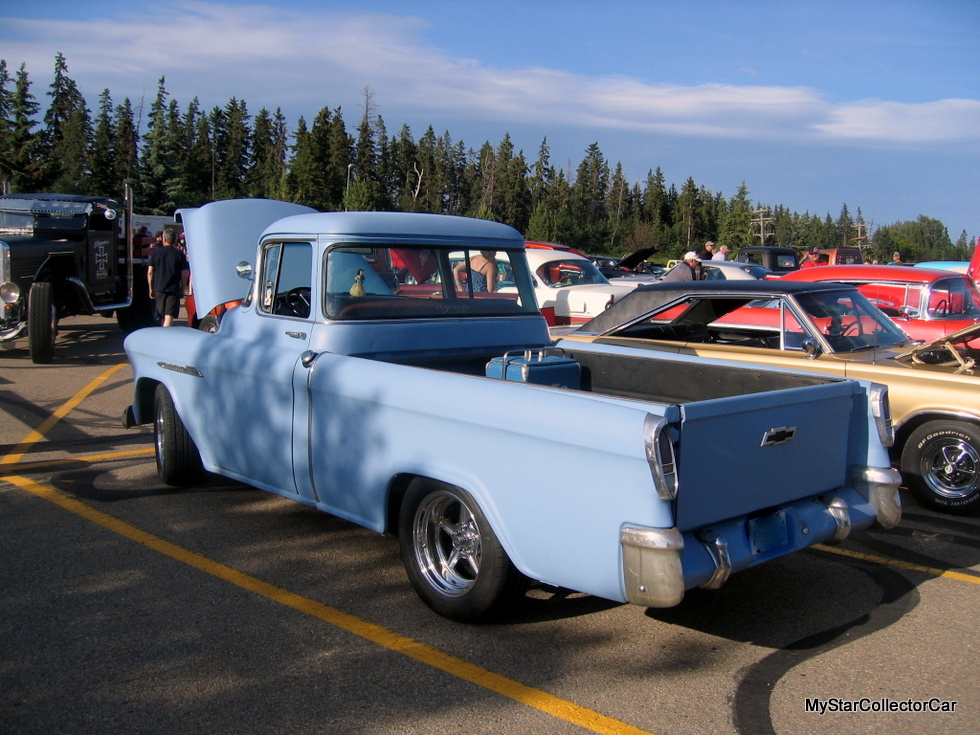 The same big style change happened to Chevy cars when 1955 rolled around and we all know how well-received the first of the Tri-Five Chevy cars were then and now. In fact the style cues from the cars crept into a unique Chevy truck known as the Cameo in the mid-50s.

The rear taillight configuration on the Chevy Cameo was eerily reminiscent of the Chevy passenger car tail lights and the iconic look was a home run with many people. The Cameo is an even bigger home run as a collector vehicle in 2013 and the price tag can be high for one of them. 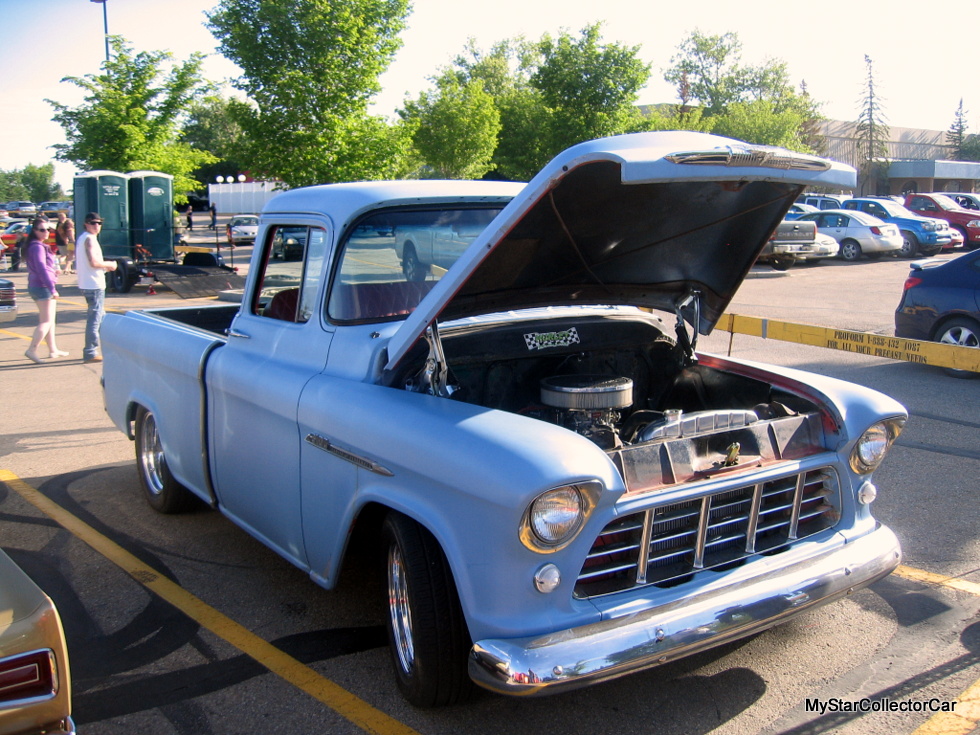 We have a ritual at MSCC when it comes to Chevy Cameo trucks and it is actually pretty simple: we see one and we get the story. A Cameo pulled into a show earlier this summer and it set off a long walkabout for us from the entry point to the far perimeter of a busy show night as we chased down the truck in one of the lowest speed chases in history.

We finally caught up to the truck after our high speed walk because we followed him until he found a place to park his stylish pickup. It was indeed with the effort-it is always worth the effort when it comes to a Chevy Cameo story. 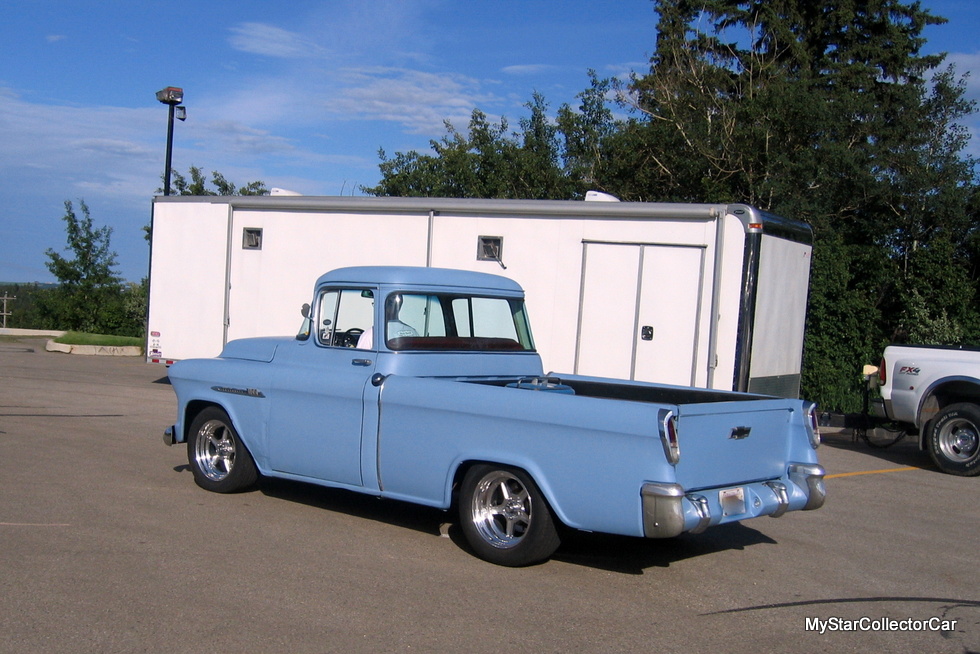 Owner Shane Wiebe purchased the truck four years ago from its former owner in Chico California and Shane described the Cameo as an “orchard truck”, given the rural area around Chico is prime orchard country. Shane decided to drive the truck back to his western Canadian home and took the scenic route on the way back to Canada. 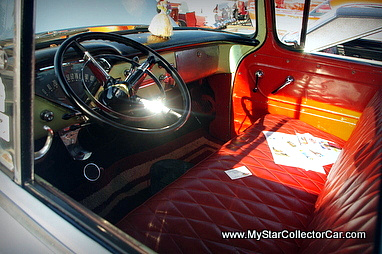 He drove up the Oregon coast into Washington and finally back into Canada through British Columbia. Shane even tested out the Cameo on the Sea to Sky Highway which lives up to its name as a drive from coastal Vancouver to Whistler, host ski resort for the Winter Olympics. 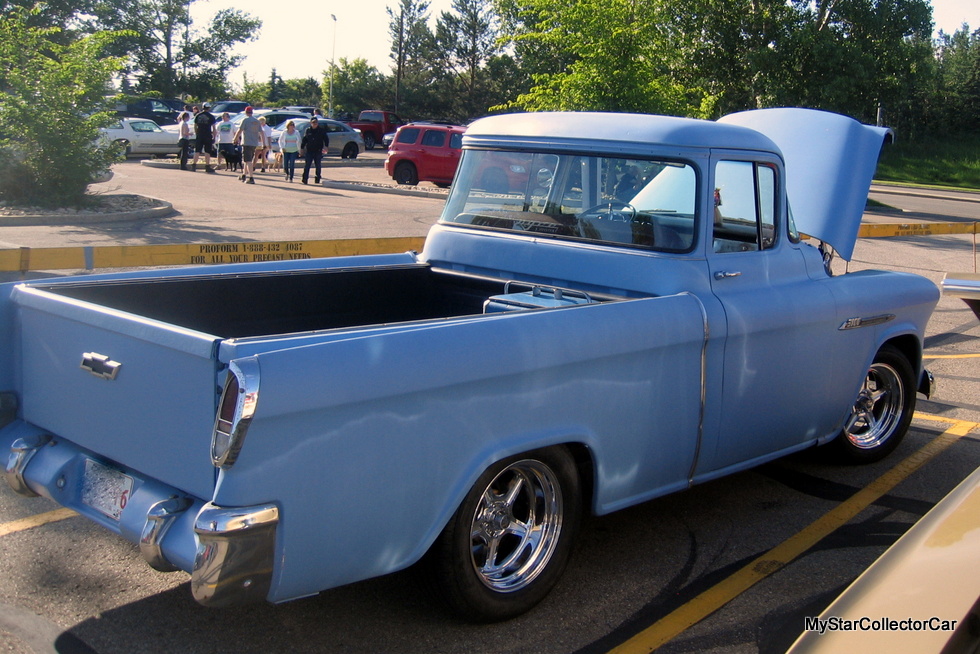 Shane described the journey home in the ’56 Chevy Cameo truck from its former home in California to Alberta Canada as amazingly trouble-free.

In fact, Shane took the Cameo on many summer holidays with its original 265 engine and it performed very well on every trip. Shane upgraded the chassis and power-train so he could use it even more for future drives and now it sports a 350 Chevy with a serious horsepower massage courtesy of Hurley Automotive. 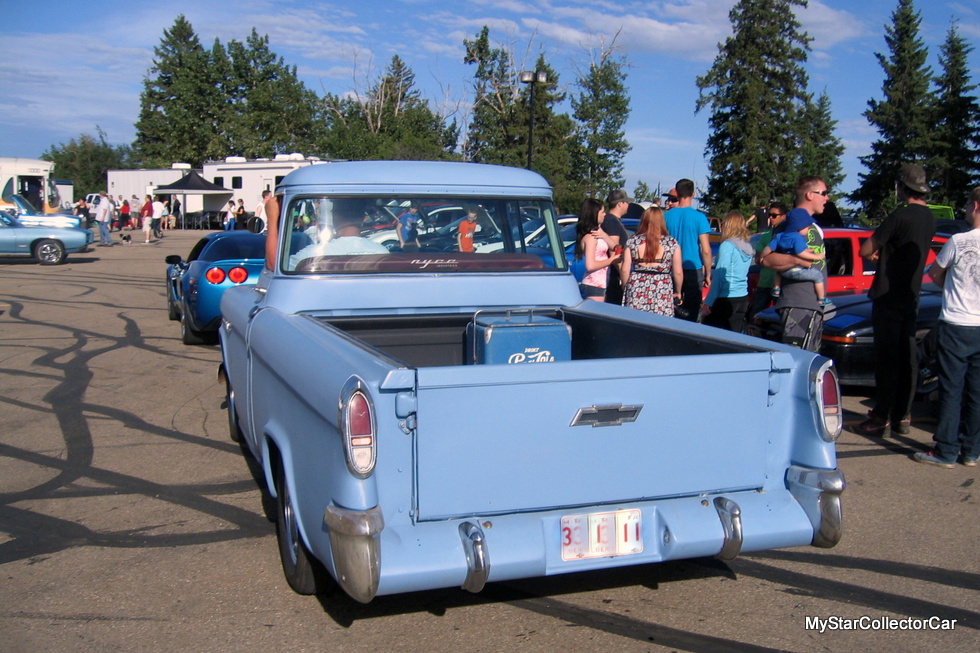 These days Shane drives his Cameo “as much as he can”, in his words. The new 350 cubic inch heart transplant and upgraded chassis combination has made it easier to get from Point A to Point B in a hurry if necessary.

We can speak from personal experience that Shane likes to drive his Cameo, even on a long and winding route to find a parking spot at a car show.

For a look back at another MSCC Cameo story please follow this link.