Pigeon Lake is about an hour and change from my home.

I have no idea why it was named after a well known non-aquatic feathered pest, but Pigeon Lake is the name of this resort lake in Alberta Canada.

I also have no idea why I have only been to Pigeon Lake once in my life and never in the glory of summer.

In fact, the last time I was in Pigeon Lake was in early November 1978 and it is very difficult to find any charm in a lake visit here in Alberta during the late fall and potentially early winter season. 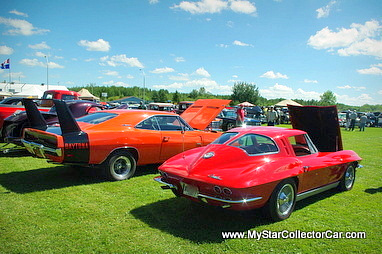 We heard about a car show in one of the small lakeside communities that dot the shores of this 37.3 square mile lake. Pigeon Lake is a giant lake by Central Alberta standards and has been developed for recreational use over many decades.

So we traveled to Mulhurst for their car show and were doubly rewarded with a great car show and a step back in time because this little community completely captures that laid-back summer resort vibe made famous in our Baby Boomer summer holidays from our childhood. 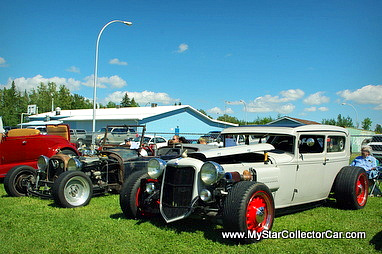 I half-expected to hear ‘A Summer Place’ playing over my car radio when we hit their lake shore drive to chase down a few old rides on a scenic cruise when the show ended in the afternoon. The town had not undergone the incredible and horrific sterilizing facelift found in most lake resorts in my area. 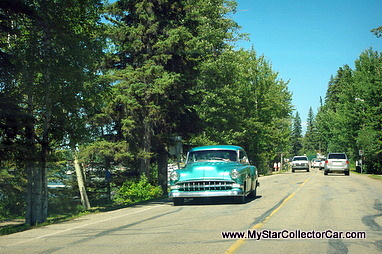 Quite honestly, the retro look of the little town was a major part of the appeal for me and the old iron on the road just heightened that feeling. We get very few opportunities to visit places where time appears to have stood still in Alberta because this part of Canada has undergone a huge change over a very short period of time. 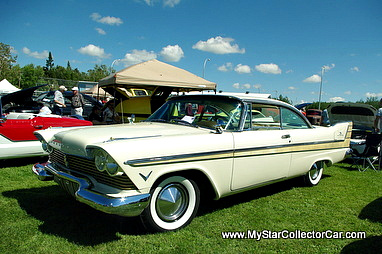 The major cities have sprawled into giant new neighborhoods where the character and basic sense of a community are not in the builders’ or city planners’ game plans. Every modern city is awash in Wal-Marts and Costcos that are the new soulless urban vision for lazy unimaginative people who have completely disconnected with the local retailers. The default position is wholesale mediocrity and sameness-and there are limitless supplies of unchecked blandness when it comes to houses and businesses in today’s cookie-cutter approach to urban planning. 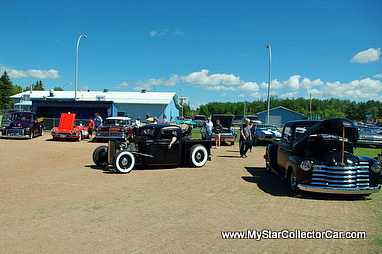 Not so in Mulhurst where I spotted none of the above and found local names on everything. Most of the summer homes looked straight out of ‘On Golden Pond’ and nobody seemed to be in a big hurry in the little resort town. It really felt like vintage summer and it seemed like I had been taken to a time and place from a bygone era, even though I was only about an hour from my home and it was 2013. 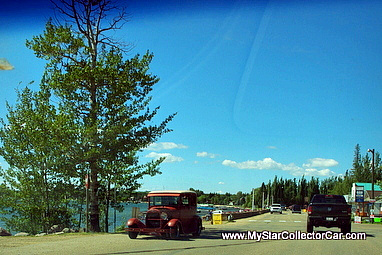 Maybe the old iron from the show helped seal that image of unchecked nostalgia that clubbed me over the head as soon as I hit that little resort town. Maybe it was the happiest pump jockey in the world; a guy I encountered in the nearby village of Falun after I left Mulhurst and later Ma Me O Beach on Pigeon Lake and before I headed home to reality.

I had encountered vintage vehicles, vintage vacation towns plus a guy working at a gas station that still pumped gas for customers and loved his job as a pump jockey. 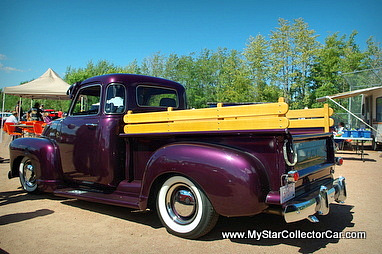 This was a strange ‘Twilight Zone’ kind of day with a very happy plot line and ending.