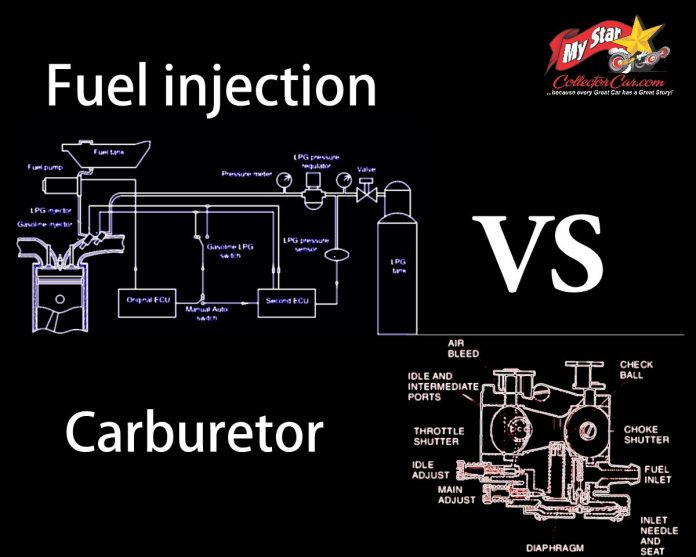 The complete elimination of carburetors may have taken a long time, but the carb has taken the same flight path as the passenger pigeon in today’s world and disappeared on modern vehicles.

However, fuel injection is not a new concept because its earliest systems were around during the early days of the automotive age. Early fuel injection systems were not commonly applied to gasoline engines, but they were used in diesel engines at an early stage of their development.

The carburetor was king for many decades in domestic mass-production vehicles because they were basic fuel/air mixing machines that may not have been perfect-but were a cheap and efficient part of the fuel delivery system during a bygone automotive era.

The post-war domestic automotive period became a time when domestic auto makers regained their creative mojo and headed into a new creative phase. The most obvious example is the radical new car designs by the end of the 1940s.

The shackles of the war effort shelved the new styles for a few years because it took a while for builders to switch from tanks and combat planes back to cars. Therefore, an early 1940s domestic car bore a striking resemblance to a pre-1949 version.

The style changes were not the only advancement for domestic car builders. They tinkered with overhead valve V-8s and automatic transmission choices for their customer base.

The humble carburetor was along for the ride, but Detroit’s finest already had their eye on the fuel injection system and introduced it on a select few vehicles during the mid to late 1950s.

Older MyStarCollectorCar readers will recall carb issues on retro vehicles when they were new. Additionally, any MyStarCollectorCar reader who owns a retro ride in 2021 will also be aware of the carburetor’s shortcomings from a few road misadventures with it. New unleaded fuel with too much corn in it likes to dine out on the innards of old school carbs, so they are even more prone to problems.

An old-school carb is a simple component with some very complicated characteristics. For example, the air/fuel mixture is a critical component of engine ignition but the manual turn screws on a typical carb may require a combination of Merlin the Magician and Albert Einstein to dial in the right mixture.

Another carb issue that got worse during the 1970s was accelerator lag that was evident during acceleration when extra speed was needed the most. The best-case scenario was the engine recovered quickly enough to avoid a head-on collision with a loaded cement truck. The worst-case scenario was the engine completely died and flooded just before the collision with the cement truck.