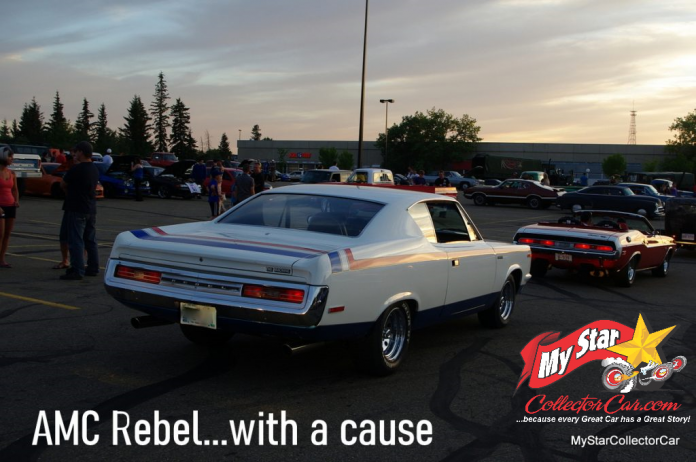 There are many descriptions associated with American Motors car company-and most of them lean heavily toward dull, boring and bland terms that mirrored dead waltz king Lawrence Welk much more than dead rock star Jimmy Morrison.

Many AMC products were not pretty in a traditional sense of the term. The cars ranged from plain to unattractive throughout most of their legacy as a standalone small player in the domestic car scene. For the most part, the Rambler label was never meant to make car guys swoon over their style or performance, but they likely made accountants into happy owners because most AMC products delivered solid bang for the buck if style and beauty were not part of the equation.

The Swinging Sixties appeared to have a profound effect on American Motors because the company introduced performance models into the game plan by the end of that tumultuous decade.

AMC may have built the fastest sedan in North America in 1957, but they waited until the late 1960s to jump into the performance car world in a big way when American Motors introduced full-on sportiness with the Javelin and AMX models.

These road rockets were equipped with muscled-out V-8 engines in brute force form-but still respected American Motors’ need to stay in the lanes of a budget because the AMX was simply a smaller Javelin without a back-seat compartment.

AMC even experimented with its lovable little compact model when it wedged a large 390 cubic inch engine (bolted to a 4-speed manual stick shift) into its 1969 Rambler American models and called them an AMC Hurst SC/Rambler. These newly created road beasts slaughtered the competition because of their power to weight ratio.

The ’69 SC/Rambler also offered a red-white-and blue paint scheme that became a colorfully famous element of this car and the 1970 Rebel Machine. The Rebel had undergone an attitude change during the late 1960s and offered heightened horsepower options to new buyers who wanted performance in their sedans.

The pressure of the muscle car wars and a change at the top at American Motors meant the little car company was willing to send troops into battle with the Big Three. The Rebel became the point man in 1970 when AMC offered the Machine to its customer base.

The flashy Machine was based upon the intermediate Rebel platform and looked the part of a street warrior in a big way. The car also had 390 cubic inches of menace that produced 340 horsepower and 430 ft lbs. of torque and moved the Machine at a rapid pace upon request.

The most famous paint scheme for a 1970 Rebel Machine was the red-white-and-blue versions, but these cars did come in solid colors if the buyer wanted to save 75 bucks after AMC began to charge for the tri-color package.

The Rebel Machine drove off into the sunset after only one year of production in 1970, but its legacy is the stuff of legends in the car hobby.

That is why it will always be a rock star at car shows and on the street.