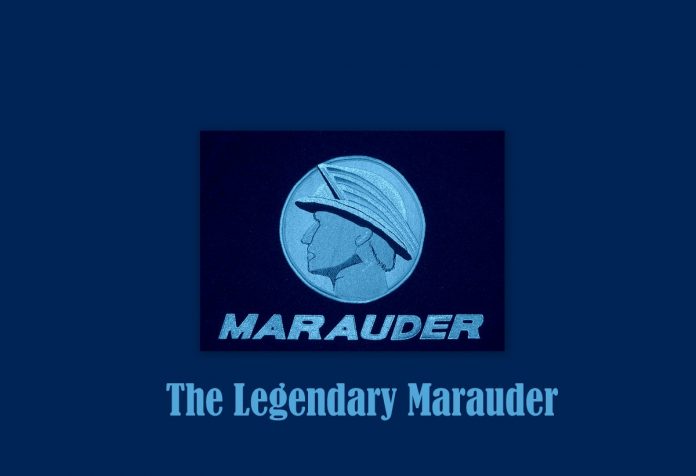 History has presented Genghis Khan in a somewhat negative light, probably because his main interests involved robbing and plundering many regions during his reign of terror in the early 1200s.

Khan likely had a few fans, but most people viewed him as a bloodthirsty marauder who conquered regions through extreme violence.

The dawn of the Marauder name began as an engine choice in 1958 for the Blue Oval trio known as the MEL (Mercury, Edsel, Lincoln) models. The MEL models ranged from the upper scale Mercurys and Edsels to the full-on upscale Lincolns in the Ford family.

However, Ford decided to tame the Marauder engine over the next few years and dialed down its horsepower potential in favor of milder engines with an emphasis on MPG instead of MPH. The downward horsepower spiral became painfully obvious when Mercury even offered six-cylinder engines in its 1961 models. Genghis Khan would likely have been disappointed enough to level Dearborn, Michigan (and probably the greater Detroit region as well) if he was alive and in the world domination business at the time.

The light at the end of the tunnel for the Mercury Marauder monsters-under-the-hood saga occurred in 1962 when Ford reintroduced serious muscle with its 406 cubic inch/385 horsepower armed with a 4-barrel carb or 406 cubic inch/ 405 horsepower with a three-deuce carb setup. Both were true Marauders and worthy of the name.

Things got even wilder for the Marauder name in 1963 when Ford introduced the mid-year 427 cubic inch engine. The 427 Marauder came in two forms: a 410 horsepower/4-barrel version and a 425 horsepower fire-breather with 2 four-barrels for the extra flames.

The Marauder name was a subset model for the 427 beast mode versions in 1963, but with additional features such as a racy C-pillar (rear roof post) that extended back from the rear passenger compartment. Thus, these Merc models were early pioneers in the fastback movement at Ford.

1964 Mercury models were also available with the go-fast Marauder engine and styling cues, but ’64 was also a year of transition for Mercury because it represented the last year before the car was reintroduced as a full-on luxury model in the Ford lineup. Buyers could still purchase 1965 Marauder version Mercurys, but they were not showcased as performance vehicles that year. Additionally, the 427 Marauder versions were dropped from the Mercury lineup.

The Marauder sub-model name disappeared in 1966, but the engine options survived the purge and were available for Mercury and Cougar models in 1968. 1969 had no Marauder engine options listed because Ford had a better idea for the name.

The Marauder name in 1969 meant the car was finally offered as a standalone model at Mercury. The Mercury Marauder X-100 was a mouthful of letters and numbers, but Ford finally built a Marauder that was not a Mercury sub-model during the 1969-70 production years.

Marauder was always a famous component of the Mercury legacy, so famous that it was resurrected by Ford in 2003 and retired in 2004 after a two-year production run.

Sadly, Mercury followed Genghis Khan into the sunset in 2011, thus ending a long automotive legacy that combined luxury with brute force performance in its Marauder variations.