The Godfather of car guys has to be Jay Leno; he even has an Italian heritage to qualify for godfatherhood.

Leno lives the dream of every car guy on the planet because he can fulfill every one of his “what if?” scenarios when it comes to old iron. 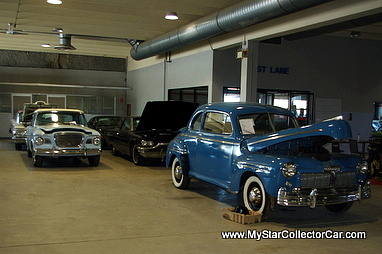 Leno’s personal collection is a history of the automobile and even includes his own personal automotive with one noteworthy Buick from his starving comedian days back in the 70s.He owns ancient cars that run on steam and even a rear wheel drive 1966 Olds Toronado with over 1000 horsepower available to his right foot.

Leno is the ultimate car guy and he commands a great deal of attention wherever he goes because he gets to do what every car guy wants to do: own some of the coolest cars on the planet and employ some of the best craftsmen in the car universe to work on them. 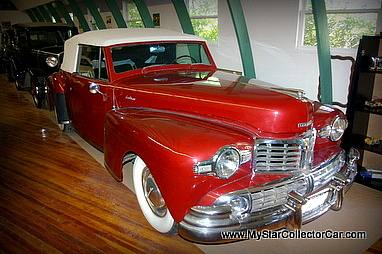 That kind of staff does not mean Leno will not wrench on his rides because he does spend a lot of time in his shop. However his strong suit is entertainment and he knows he will never be a world class fabricator or engine builder, so he puts the best craftsmen on his team.

Meanwhile, Leno keeps the lights on in his shop through Vegas gigs and other comedy appearance fees that are channeled toward his sizable car appetite. 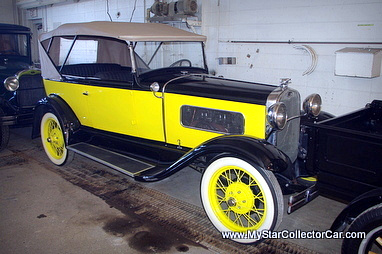 Cars are a true passion for Jay Leno and he has saved some real classics over the years. He gets the vote from every real car guy because he never sells his vehicles-that has never been the point of the exercise-unlike too many alleged car guys who view their car collections as highly disposable investment assets. 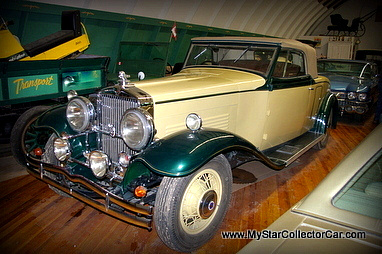 All of this preamble biography about Leno brings me to my title point: A visit by Leno to any car event is a lead pipe cinch to cause a tidal wave of excitement at a car event.

We started to hear rumors Jay Leno was going to attend a charity car auction for an agricultural college in a town about 40 miles from us. The Leno rumor began to surface a few weeks ago at one of the many shows we attend during the summer and the story continued to grow with every show leading up to the auction. 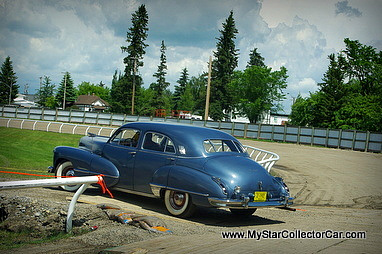 The people behind the charity auction were fairly coy about the rumor in a “We can neither confirm nor deny” kind of way, but we could understand why they would use that tactic. It just makes sense.

The auction was a very interesting blend of vehicles that would have Jay Leno written all over them. Some were from the early turn of the century, others were from Britain, and some were the lost orphans of dead brands like Studebaker and Hupmobile. If I was going to bait a hook for Leno, then I would use many of these vehicles as my lure.

This event was an inside look at about 100 of a very generous donor’s car crop and it was an amazing way to spend a day.

It would have been even more amazing if we had spent some time with one of the world’s greatest car guys.

THE BIG SMOKE AT THE CALGARY WORLD OF WHEELS