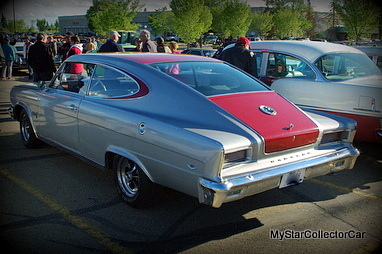 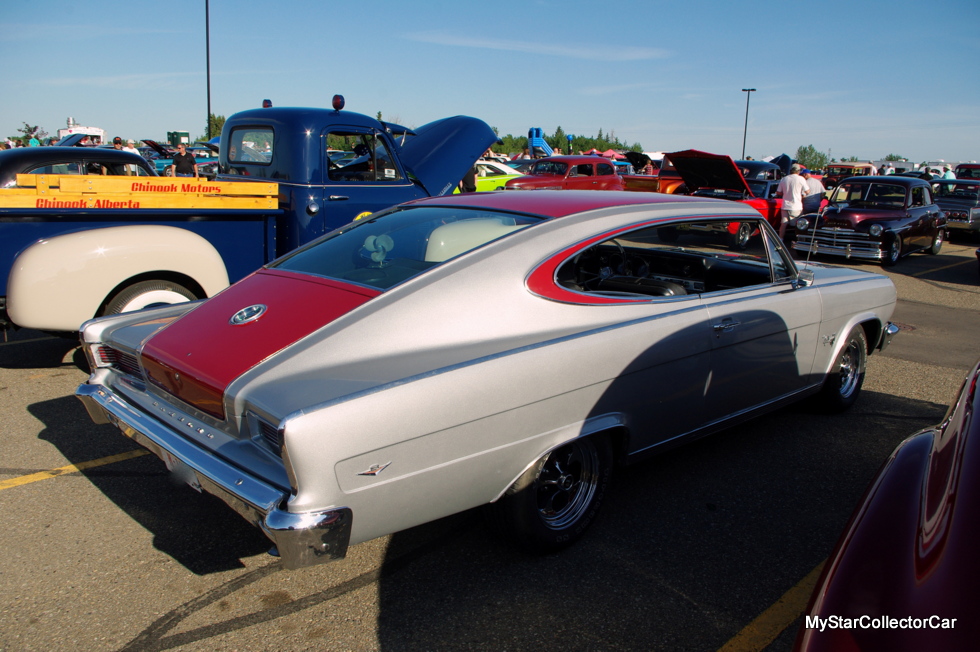 Herb Dueck has owned many cars over the years.

He loves them and then he leaves them for another car-sells one and buys another to be precise.

Herb has a soft spot for unusual rides and will search for something unique that will stand out in a crowd. 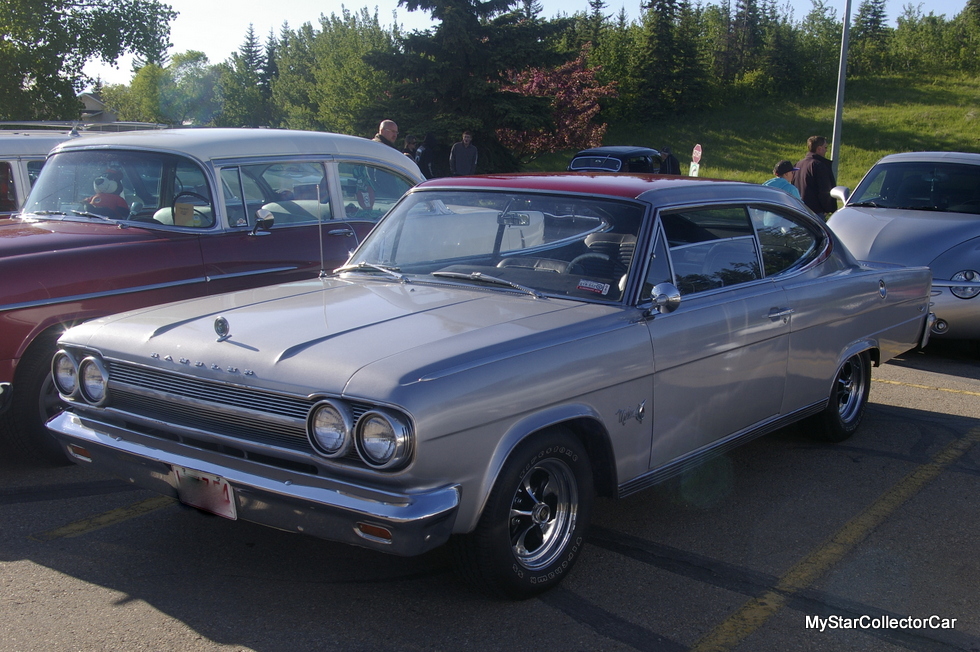 One unusual car that really caught Herb’s eye at a young age was the 1965 Rambler Marlin from the little company that could: American Motors.

AMC was a company built around a cost-effective philosophy and rarely strayed out of its comfort zone of dependable but unremarkable cars. 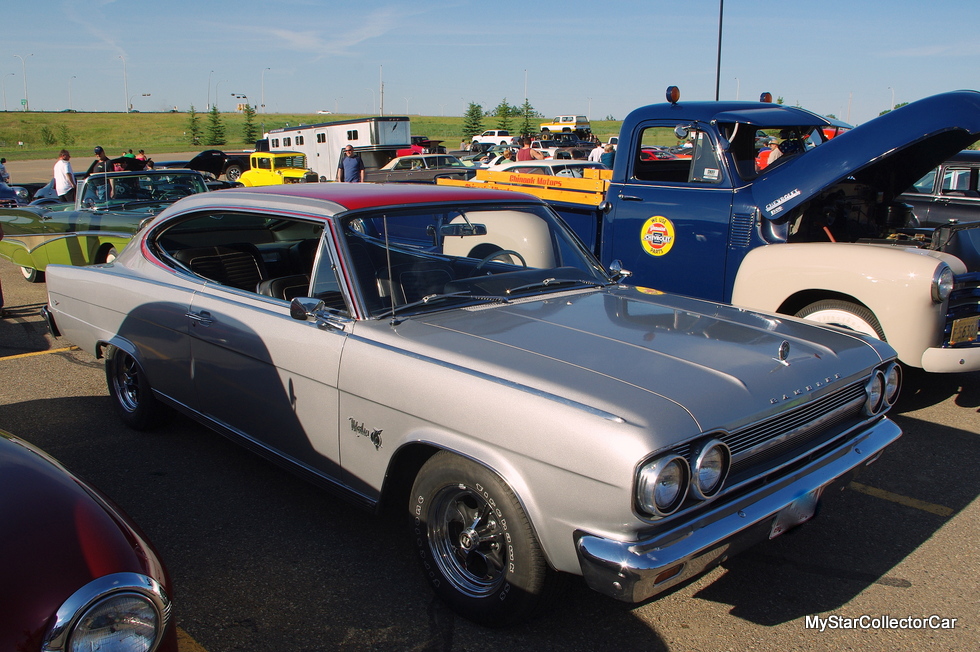 They were not a big budget auto maker with Big Three resources so American Motors worked with a limited amount of cash and an unlimited amount of creativity. The Marlin was essentially a fastback version of the Rambler Classic two door hardtop.

Fastback roof lines were about to dominate the style cues in the mid to late 60s and AMC wanted a piece of that action at an affordable price. 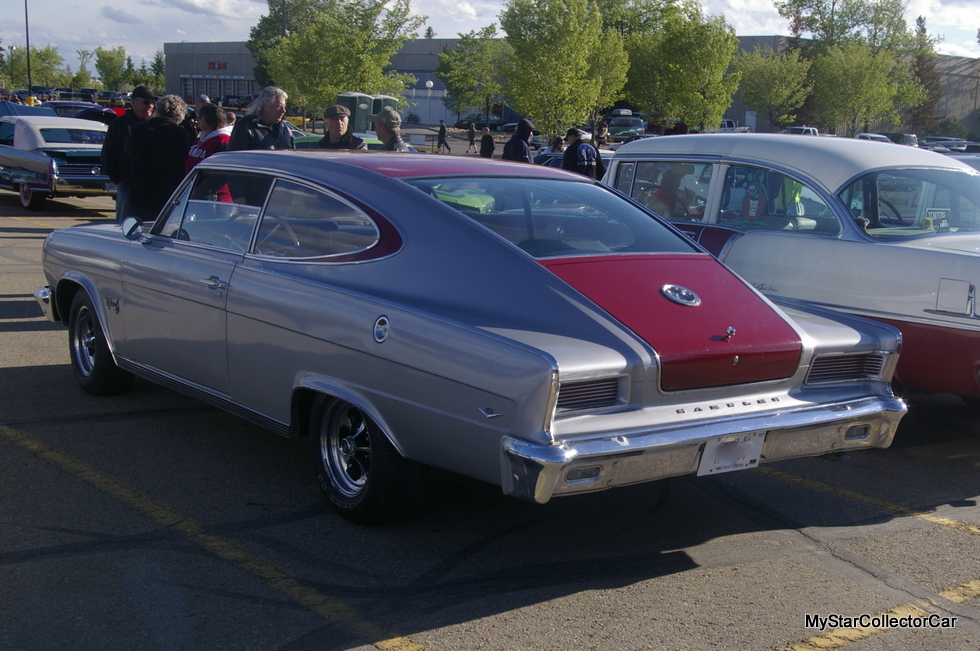 The public at large either loved or hated the Marlin, a name play on the first generation Plymouth Barracuda (the car that broke the trail for fastbacks in a big way with their 1964 model).

Herb Dueck loved the Marlin look-then and now. In his words;” I was looking for a long time before I found this one.” The car was originally purchased in Alaska but the second owner spent his winters in Utah and Herb finally landed a Marlin in one of the driest states in the lower 48. 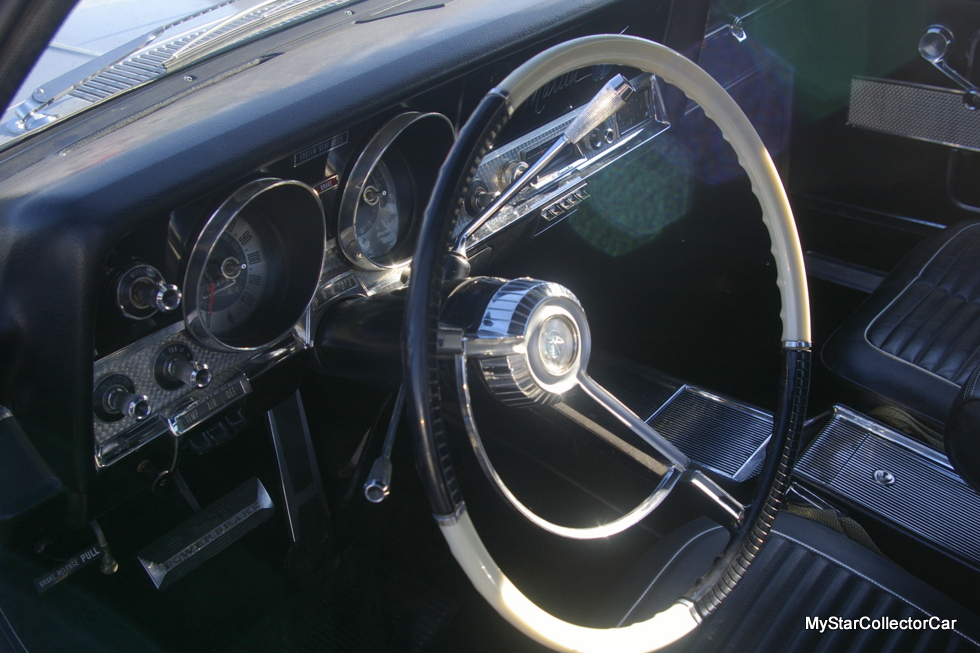 Herb does not live anywhere close to Utah, but he did not even “fly in to see it” before he bought the car.

The information provided by the owner and Herb’s car guy contacts were enough to seal the deal for him. The Marlin has been used sparingly over the past 50 years and only has 79,000 documented miles on the odometer. Herb even has the build sheet for his Rambler and the car’s condition indicates it led a pampered life. This classic was repainted about 9 and a half years ago and the two tone color combination really works with the Marlin’s body lines. The interior required minimum repairs and was limited to the driver’s seat and new carpet.

Herb’s Marlin sports a lively 327 small block, along with power steering and brakes. Herb added Keystone mags into the mix to “dress it up the car” in his words. 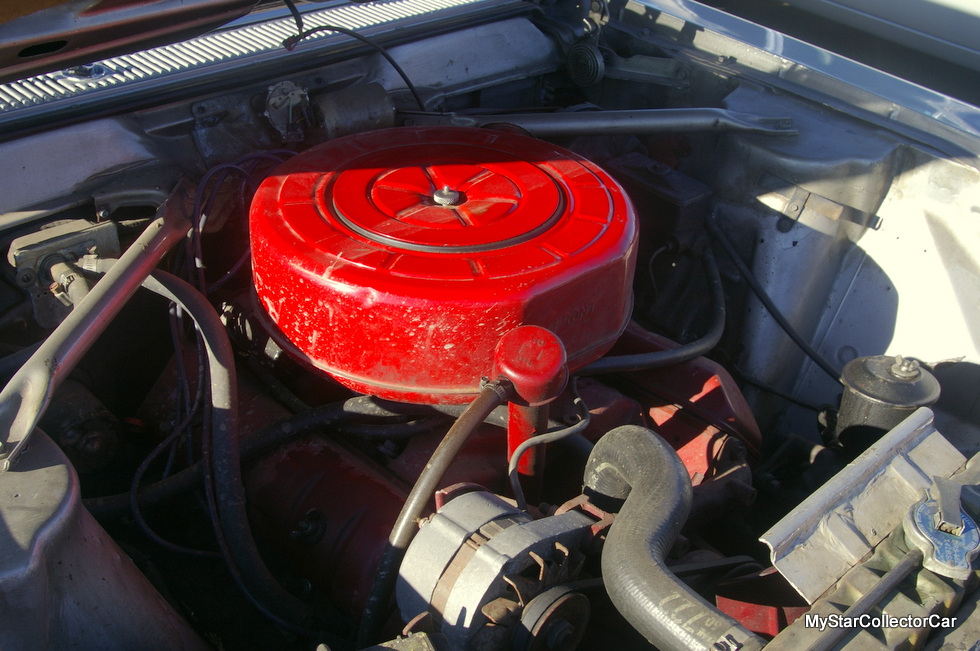 The fan in the rear window was designed to help clear fog during inclement weather on the massive glass area in the fastback. Herb pointed out the button for the trunk release which the first owner installed because he had trouble with the factory lock system.

Herb really enjoys his time behind the wheel of the Marlin and said the car is very comfortable at 65 mph (105 km/h) on the highway.

It is now over a year since we first spotted Herb in his then-newly acquired Marlin and he still has the car.

For Herb, that is a sign of a very committed relationship with the car he has wanted for a long time.