The primary reason for MyStarCollectorCar is the story behind the vehicle. We like the personal connection between the owner and vehicle because that is what makes the story.

It’s more about intangibles like fond memories and less about horsepower for us.

One of the major reasons that link a car guy to a vehicle is his father.

Fathers have an enormous influence on their sons, and a father’s taste in vehicles often transfers to his progeny.

As sons, we witnessed the road of life as a passenger in our fathers’ cars. Time behind the wheel was a time when a dad could expand his philosophy to a captive audience.

Most of us likely didn’t recognize the priceless value of the experience at the time.

It was simply a car ride, complete with our father’s favorite radio choices-none of them of the current Top 40 variety.

At times it seemed like a long ride saddled with a long lecture as we matured into the restless youth phase in life.

As young adolescents, we pretty much had everything figured out, so the old man’s advice and observations fell on deaf ears. Or so we thought.

As adults, we started to notice that the old guy actually did make some sense on those car journeys. A ‘Best of Henry Mancini ‘collection in the MP3 file reminded us that we were even listening to his music choices. Plus a lot of his advice bordered heavily on common sense.

It turns out that the old boy had already been there and done that in life’s choices. His in-car lectures were actually based upon choices that already succeeded and failed for him. We were the beneficiaries of his life experience, even if it seemed to intrude on our own very young lives.

This month is no exception to the father- car legacy story at MSCC. We have two stories that will be featured all month about two current owners in possession of their late fathers’ actual cars. 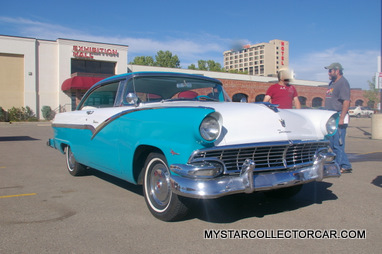 Both are a very special reminder of their youth and produce amazing images for them of their fathers behind the wheel-seeing the road from behind that same steering wheel over that same hood.

Those of us that encounter second-generation owners are filled with admiration and envy. They get to experience something very rare-an opportunity to get behind the wheel and feel the road the same way as their dads. In the same car. 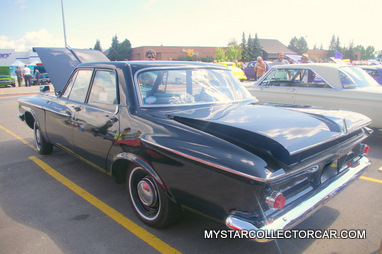 There was a brief, optimistic moment in the late 90s when a guy claimed that his father had parked our father’s 1966 Plymouth on his farm. This car was the only car that my dad had ever purchased brand new, so it held a very special sentiment. 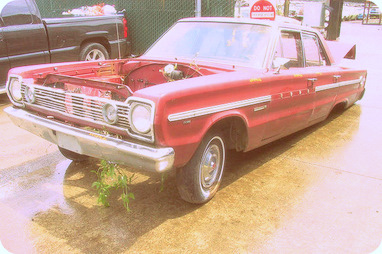 Unfortunately, the story proved to be false, but it was fun while it lasted. Even a glimmer of hope that a father’s car was still alive and well produced an amazing feeling of excitement.

It would have brought us back to that time and place where that car was new and we were kids riding along with a guy who knew a lot more than we thought at the time.

ROBERT:“my dad loved midgets auto racing, he started taking me with him when I was 5yrs old. We didn’t have particularly cool cars until 1965. The old man came home with a brand new Chevrolet SS 327ci Impala. It was an automatic but hey I was 16 and not about to complain. What a super guy he was! Miss him and the SS”.

DENNIS:”There’s a certain amount of truth to that. My real dad died in an aircraft when I was 7. My mom married my step dad when I was about 11. He had a worn out 37 Ford Coupe he used strictly to drive to and from work and a brand new 57 Ford convertible for the family car. I’ve owned almost totally Ford products since. My Mrs. is a Chevy gal, she had some kind of Chevy ‘econobox’ when I met her but it was going to cost more to fix the air conditioning so she could survive living with me down here in Florida summers, than the car was worth. Presently she has a nearly new Impala, It’s ‘her car’ and she’s always had GM products, so that’s what she got. She doesn’t like driving so I do most of it. When we trade this one in, she’s been looking at a new Camaro but if I’m the one that’s going to doing almost all of the the driving, it will be a Mustang GT”.