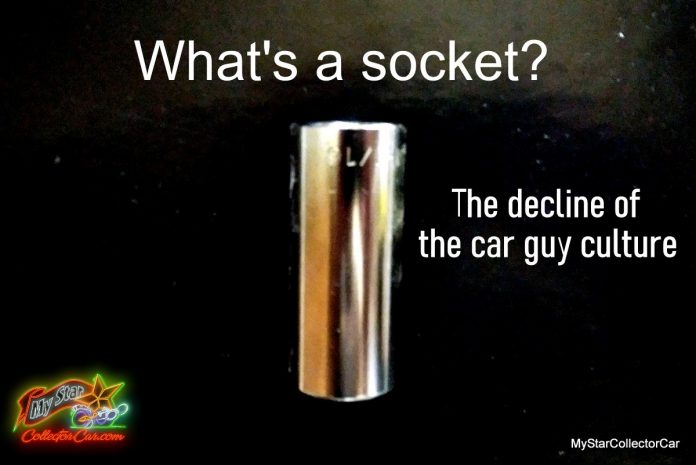 I was born a car guy.

It was in my DNA because my father was a car guy and he led by example for as long as I can remember when it came to cars.

I watched my father climb under our family’s second cars to repair and replace whatever was necessary to keep faithless little British cars on the road here in the colonies. I was heavily influenced by his choices for primary cars (always large North American domestic cars) and ability to breathe life back into our family’s crappy imported second cars.

My dad was heavily influenced by the cars of the late 1920s and early Dirty Thirties, particularly the Model A cars and trucks, so they became his car guy hobby vehicles when I was a kid. He did not hot rod them because he remembered them best in stock form and wanted to keep the old rides that way.

He also subscribed to most of the noteworthy monthly automotive magazines, so I feasted on a steady diet of ‘Mechanix Illustrated’, ‘Popular Mechanics’, ‘Popular Science’, and ‘Science and Mechanics’, as soon as I could read them.

Nature and nurture both played a role in my car guy world when I was a kid. I included a 10th grade automotive class in my high school option list, even though I knew that course would be the end of the line for me because the next level required a full semester dedicated to the automotive field. Grade 11 automotive class was designed for future professional mechanics, and I was not headed in that direction.

The point of the exercise was simple: learn as much as I could about cars in the short time allotted to me during Grade 10. Some car guys are natural mechanics and I am not by any means, but I loved cars, just like everybody I knew when I was a kid.

Unfortunately, a recent visit to a large retail outlet with an automotive theme in its name made me believe the car hobby may be in a freefall with the newer generations. I needed a larger socket for a steering wheel nut on a 61-year-old-car, so I headed to the large retail outlet with the automotive name to buy one, mainly because it was almost 7pm and I had limited options.

The socket was locked in a cabinet for protection against lowlife thieves, so I buzzed for help. In the meantime, I flagged down a store kid to see if he could open the cabinet and get the socket for me. Unfortunately, he was no help because he had no idea what a socket was–plus he had no cabinet key or inclination to obtain a key or upgrade his basic tool knowledge in an automotive-themed store.

The calvary arrived in the form of another kid who answered the buzzer, although he also had zero tool knowledge or interest in tools. Mercifully, he had a key to the cabinet and let me grab the socket I needed for my repair.

I asked him whether he ever considered upgrading his tool knowledge to suit the job. His answer? “I work in sporting goods”.

The decline and fall of the car guy empire is in crash landing mode.