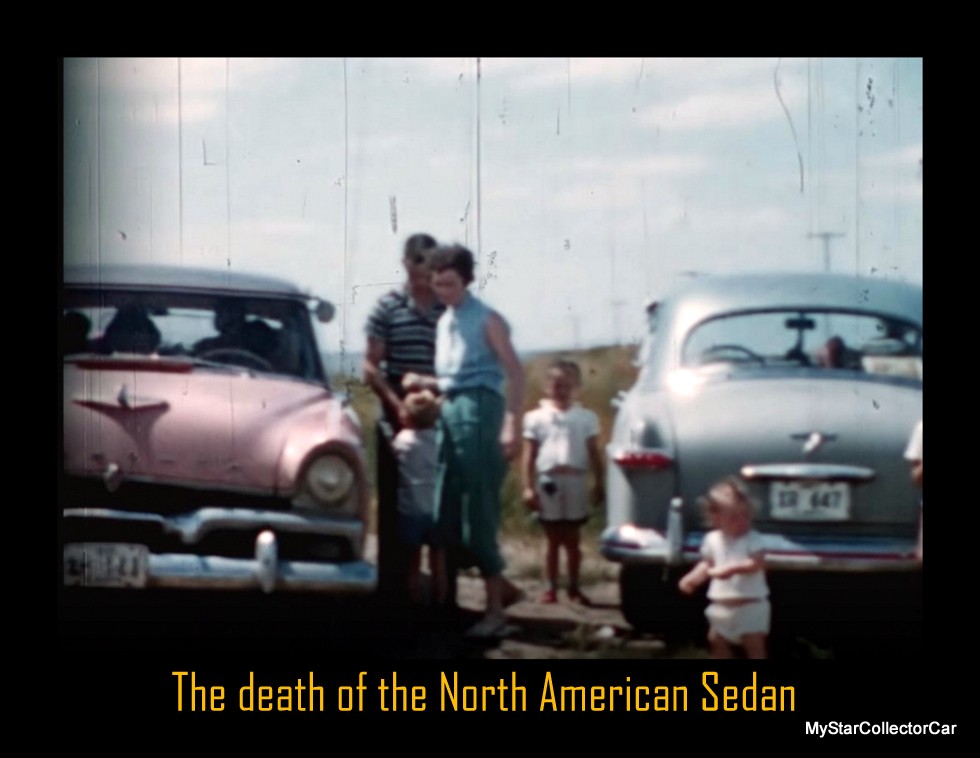 There was a bygone era when the sedan was king of the road in North America.

Sedans were a practical approach to the transportation needs for most families who wanted to corral a large herd of kids in one vehicle prior to a trip from Point A to Point B. 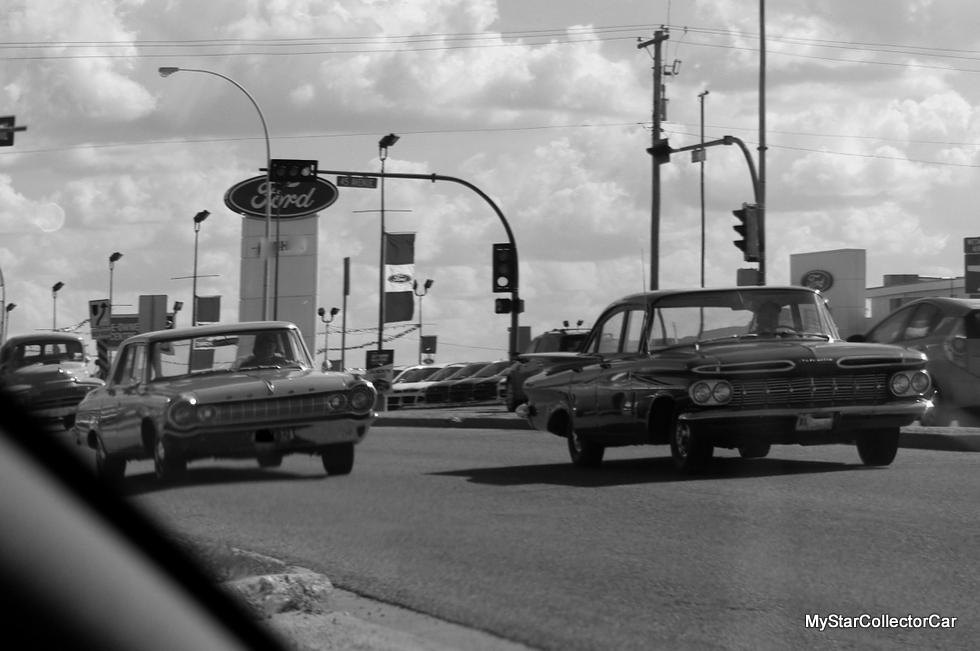 Many sedans had four doors because their owners wanted easier access to the back seat so they could put a generous number of their baby boomer kids and/or groceries to feed a large group into the car. The typical sedan was not pretty in a traditional sense, but the cars served a practical purpose for all of their owners. 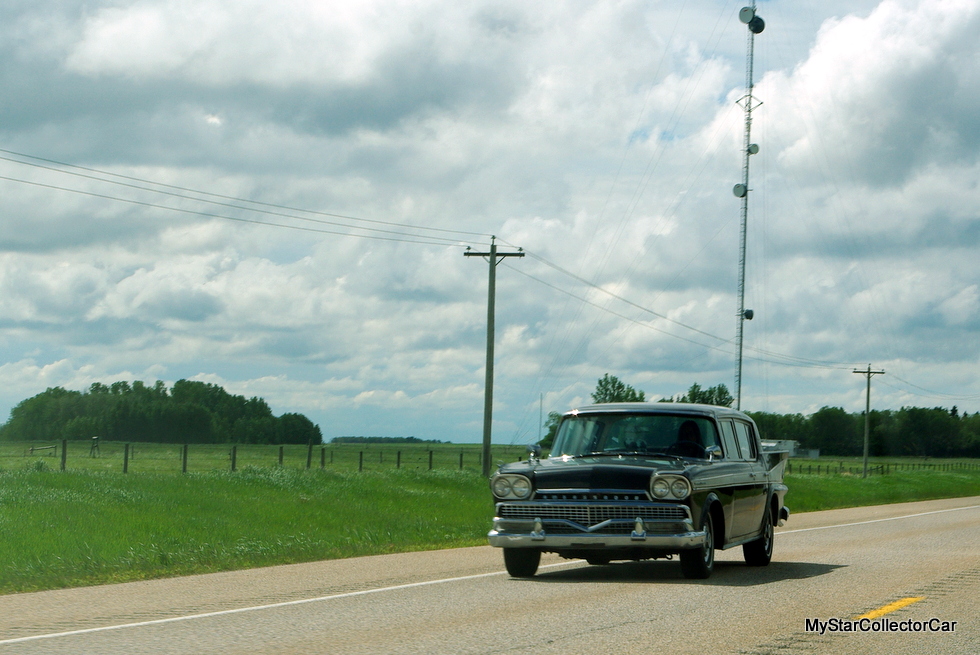 The flashier two-door hardtops and convertible versions of the basic sedan model designs were the stuff of dreams for many of the younger passengers in the four door cars. The cars may have shared a similar fore and aft perspective (i.e. the cars looked the same on the front and rear decks), but the basic design philosophy ended when a side view revealed extra doors and a plump B-pillar on the sedan models. 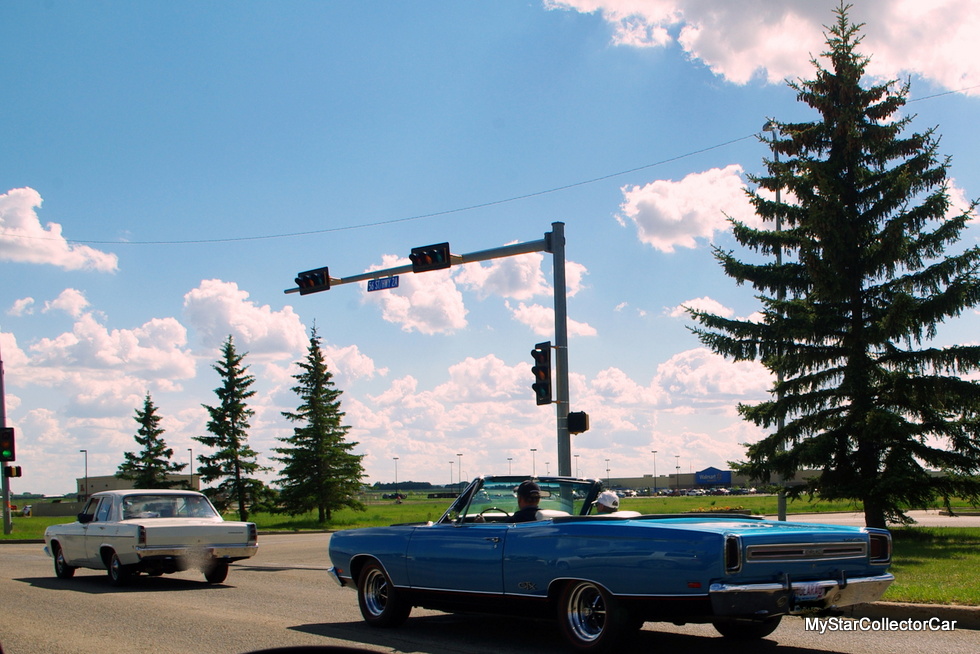 The extra doors and ample B-pillar killed the deal for many of the younger admirers because the doors and highly noticeable pillars were attached to a car driven by their parents-and their parents bought these vehicles for reasons well outside of a Disneyland vacation in the kids’ opinion.

The four-door sedans meant the kids were riding in a no-fun zone whenever they served time in the back scene of the unloved car. The station wagon version of the four-door sedan simply meant more room to fit kids, cargo and anguish under the same long metal roof. 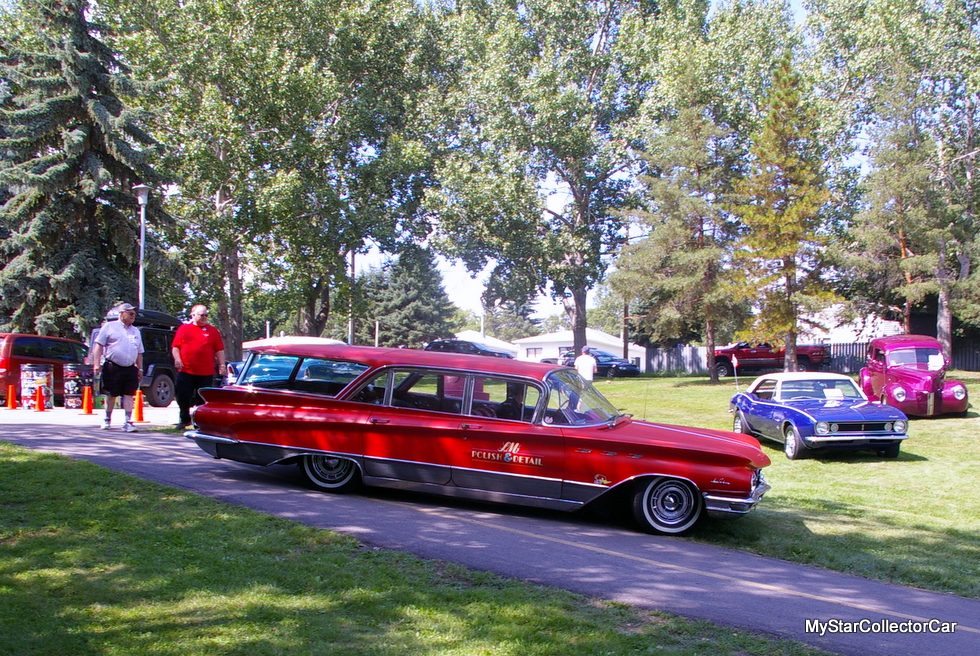 The basic resentment felt by future car guys toward the four-door sedans from their childhood did not wane over the years for most of them. The cars stayed at the bottom of the desirable vehicle food chain and remain in that unpopular position in today’s market. 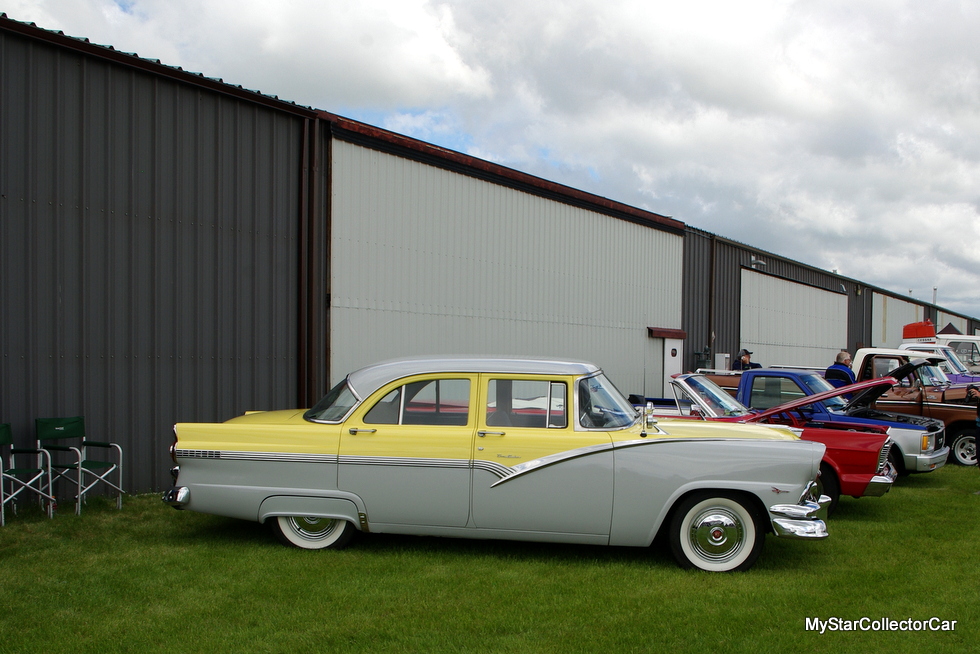 The exception to the four door rule is the station wagon because these vehicles from the past have risen in both popularity and price in the 21st century, presumably because of their scarcity in a supply-and-demand concept. 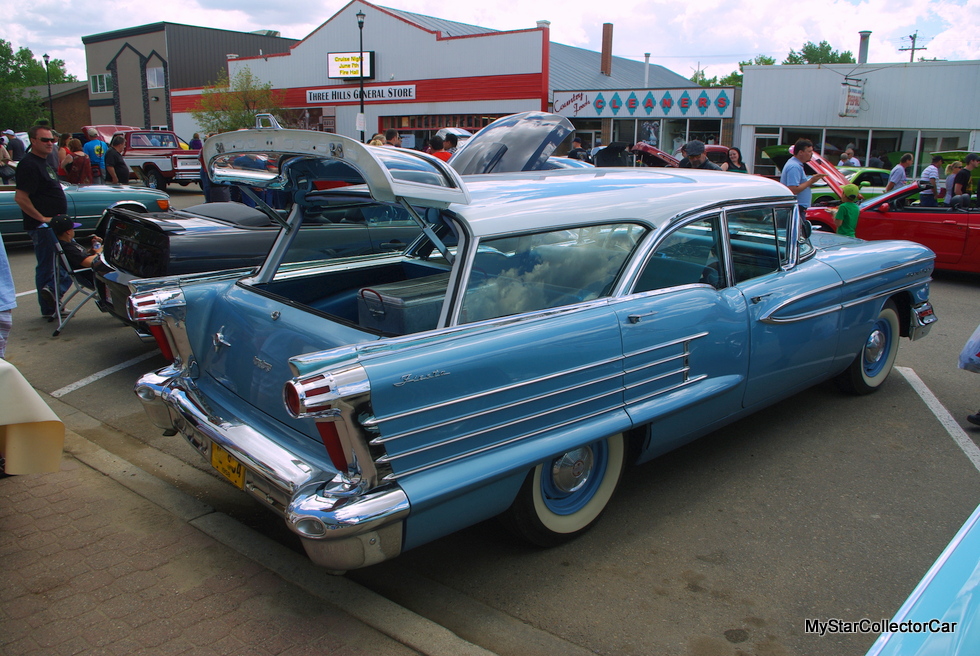 However, the four-door sedan still sits at the bottom of the heap and is generally as unloved and unwanted as ever in most cases. The car hobby even has a niche market wherein a four-door sedan undergoes a metal makeover into a two- door model. 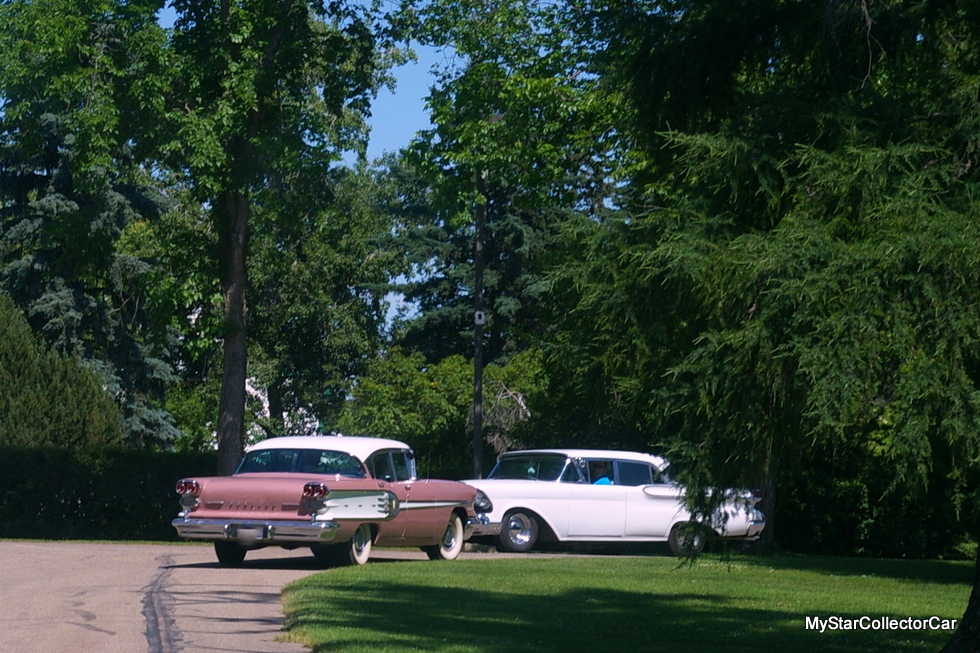 The imminent death of the North American sedan appears to be on the horizon for domestic auto manufacturers. The sedan have been largely replaced by four door sport utility models and trucks with four doors (formerly known as crew cabs when they were built strictly for hauling a group of hard-working adults to worksites). 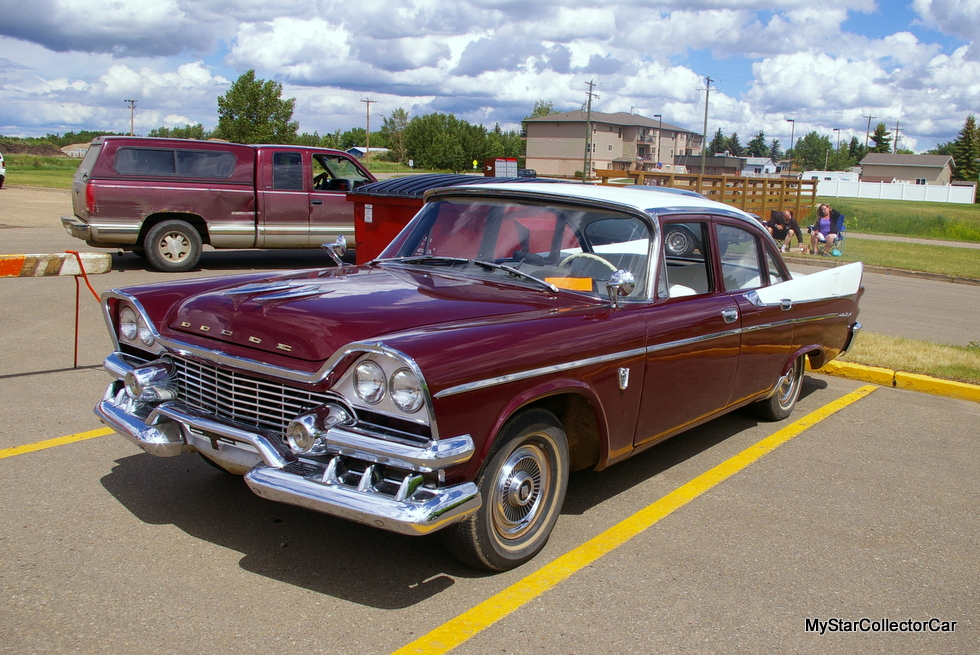 The extra doors on 21st century family-haulers have been accepted by younger and older occupants because the new vehicles offer an element of adventure in stock form.  Theoretically, the new vehicles can be taken off the pavement and into territories where four-door sedan drivers from the past would fear to go-unless they were stunt drivers in a Hollywood movie chase scene. 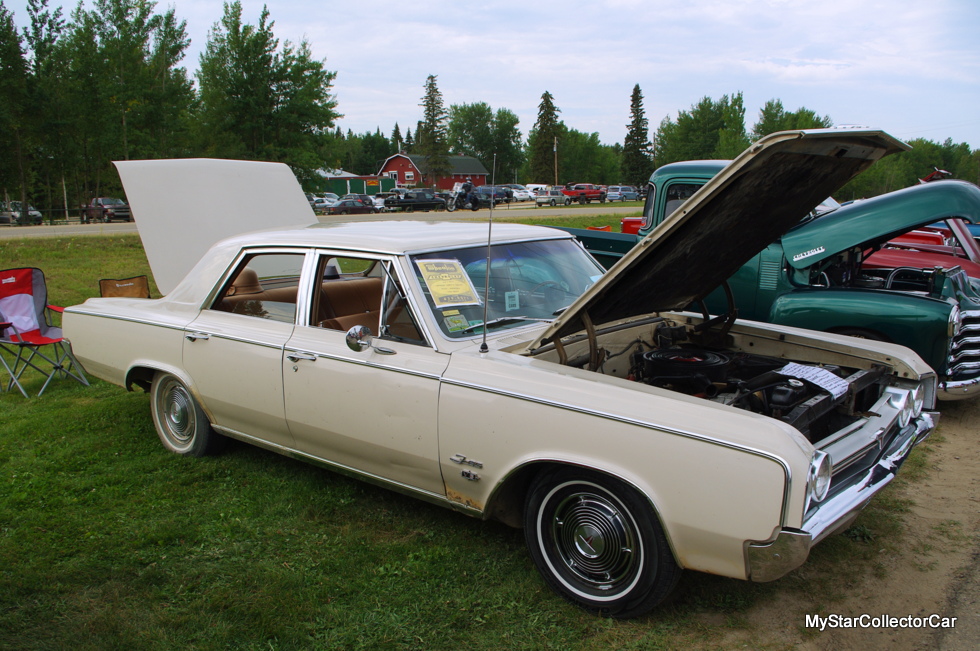 The new four-door models have become kings of the road for the owners and their young passengers. Even if the road just takes them on pavement to another soccer game. 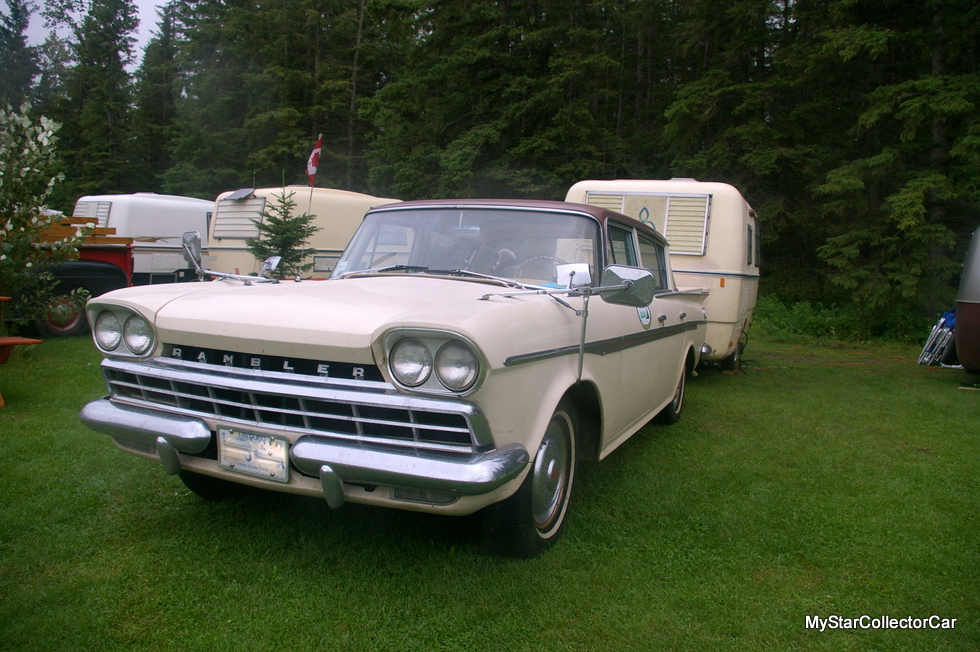 Sadly, the journey to the end of the road appears to be just around the corner for North American four-door sedan models.