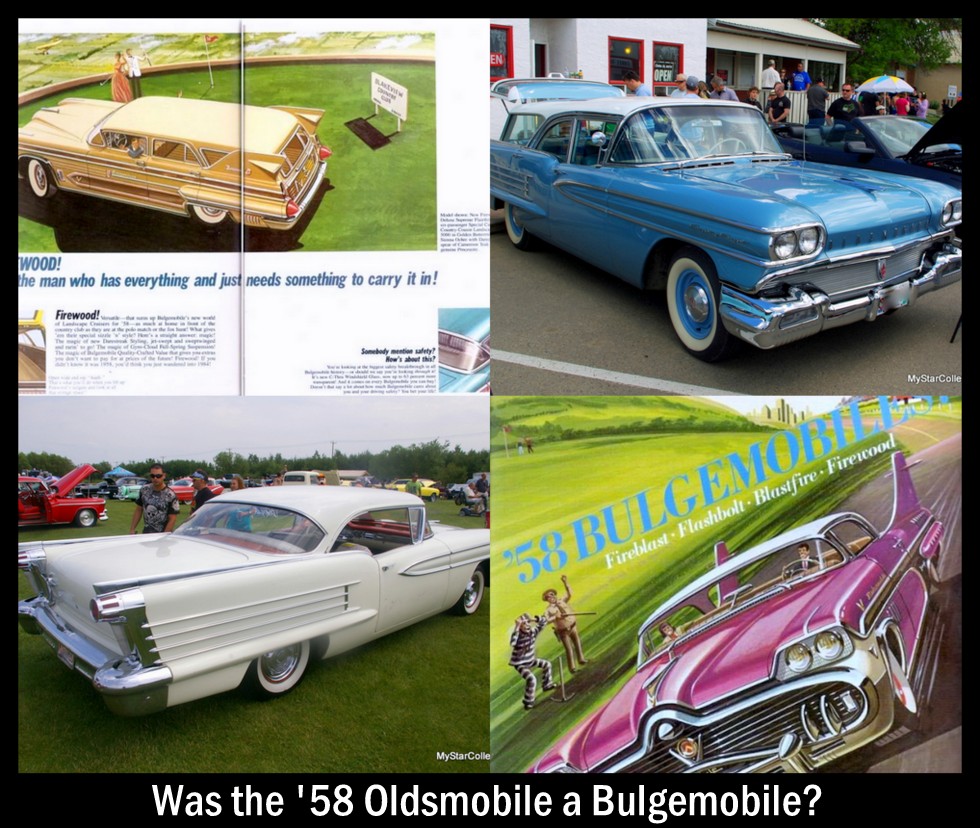 There are many among us who were big fans of National Lampoon magazine during its heyday in the 1970s.

It was an incredibly irreverent, politically incorrect monthly publication that shocked its readers every time it hit the newsstands or mailboxes. 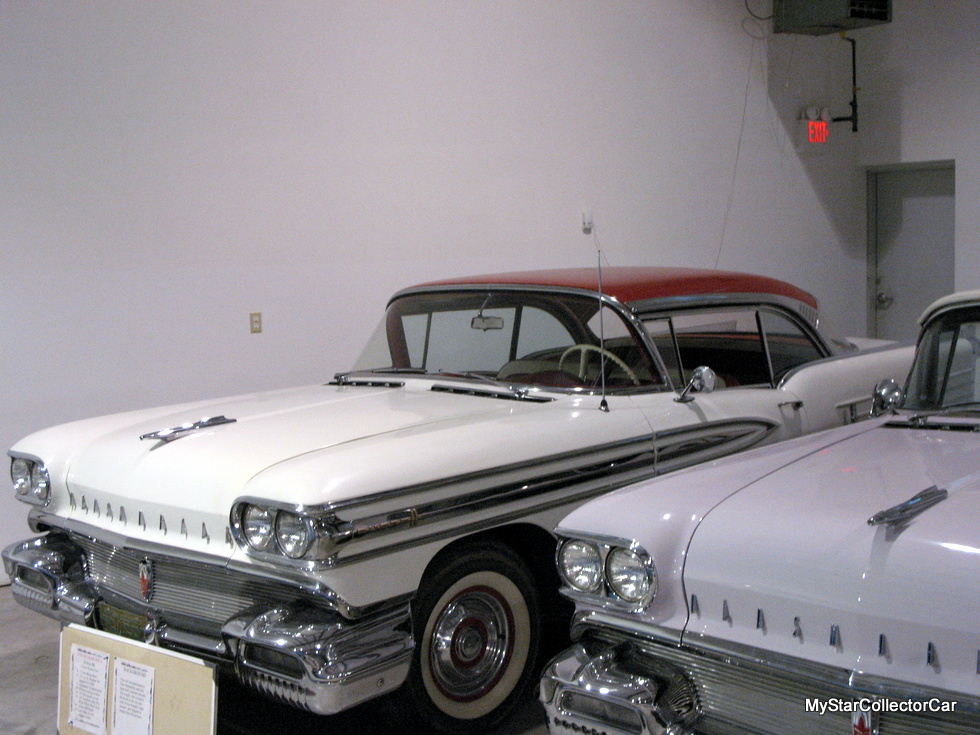 National Lampoon also produced famous writers like well-known 80s Hollywood movie producer John Hughes and author PJ O’Rourke during its tenure. Both writers maintained their edgy style during their post-Lampoon days and became famous because of their creative talents that debuted on the pages of National Lampoon.

The April 1972 issue of National Lampoon featured fake ads that celebrated the debut of the 1958 Bulgemobile. The fictitious Lampoon car embodied all that was beautifully outlandish about the domestic automobiles produced in 1958 — and it was clear National Lampoon writers were well aware of the radical design of rides built during the Elvis era. 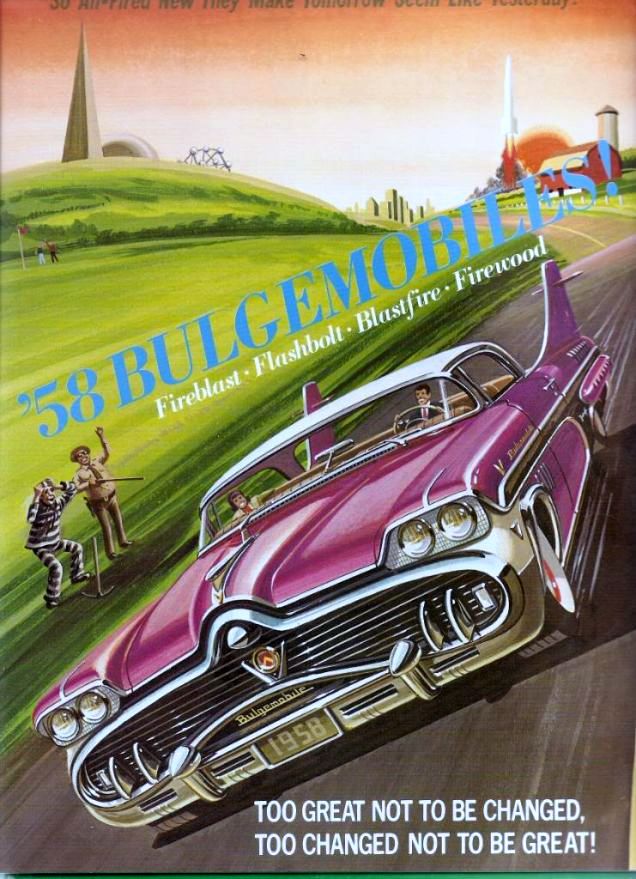 MyStarCollectorCar believes the 1958 Bulgemobile was an extension of GM design legend Harley Earl’s concept cars built during the early to mid-1950s. However, the National Lampoon played the wild rocket age style for laughs in their April 1972 issue. 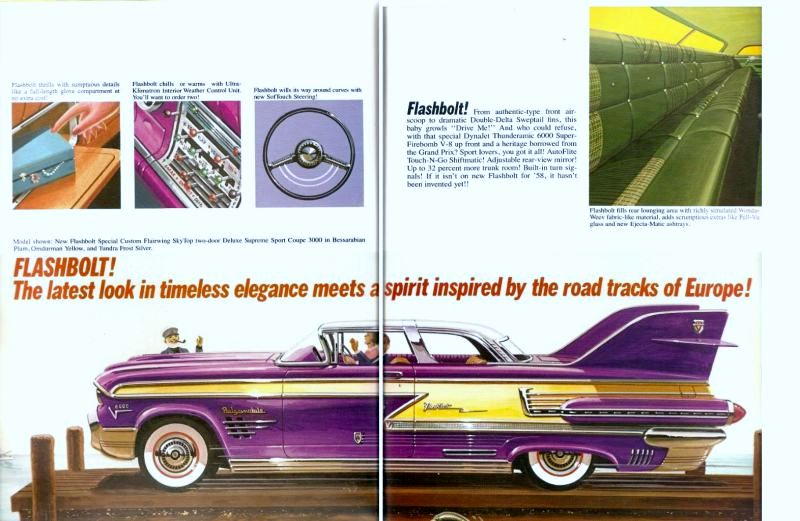 By then a finned car was a four-wheeled anachronism from a different era and did not belong in the Me Decade, better known as the Seventies. The cars were the butt of a joke in National Lampoon, so their Bulgemobile was built (figuratively speaking) strictly for laughs catering to their 1972 readers. 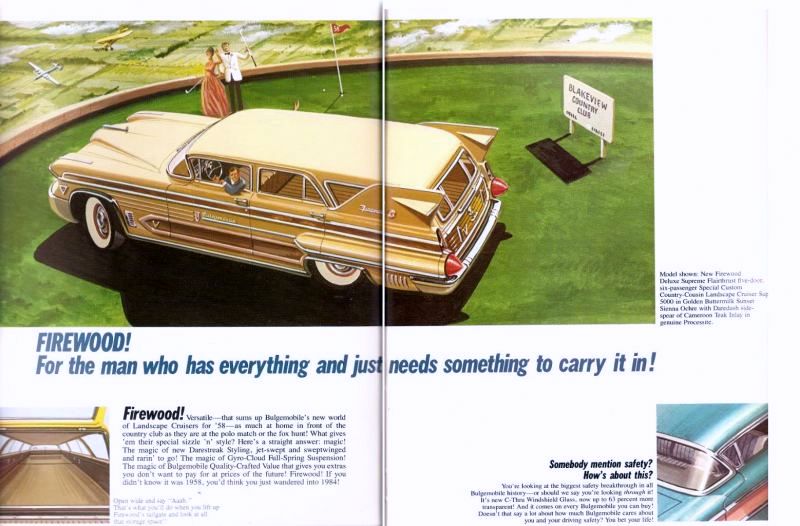 One of the actual car brands from 1958 that would likely have been a source of ridicule for National Lampoon and its readers in ’72 was the Oldsmobile. 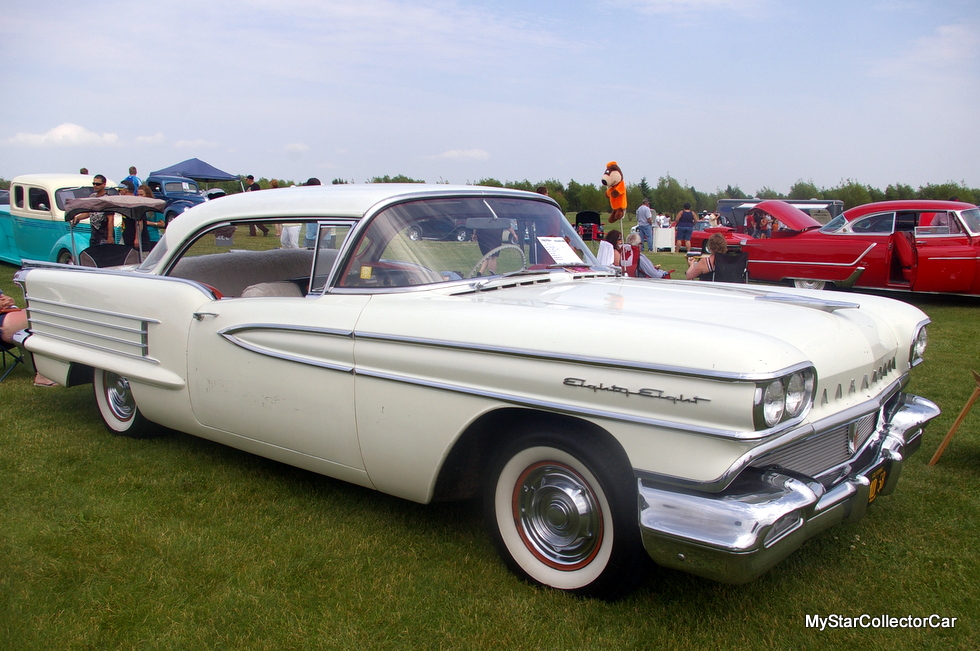 The 1958 Olds embodied all of the elements that made it beautiful during the finned Fifties and 2019 ( just not the early 1970s): chrome, fins, more chrome, and bigger fins. Even the tail lights were showcased with chrome in the high end versions of the ’58 Olds. Please note the shiny tail lights were also perched high on the tail fins of the 1958 Oldsmobile. 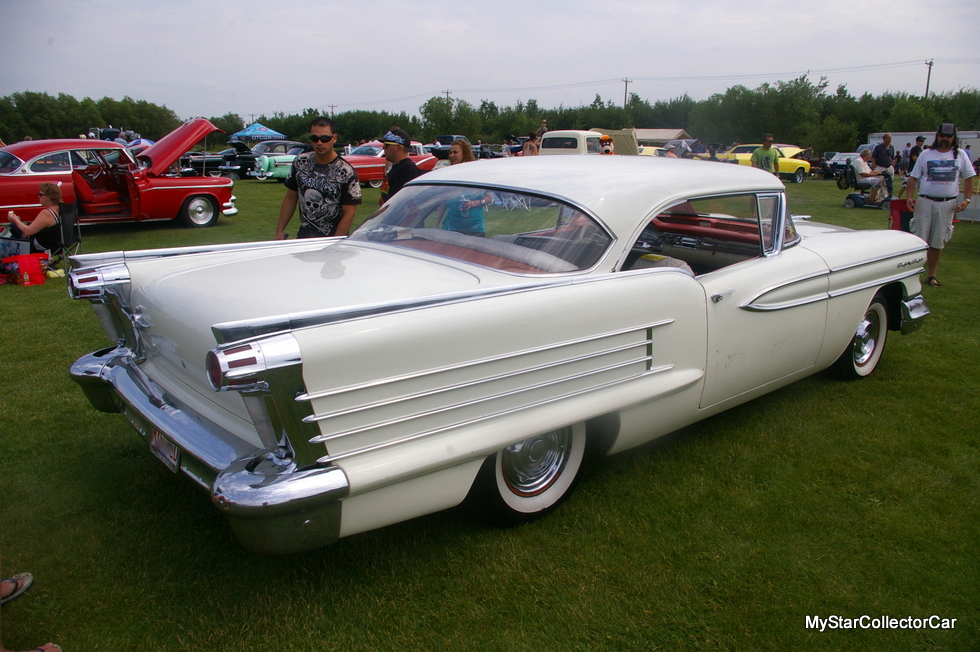 The chrome excesses on Detroit’s finest built during the latter part of the 1950s have been documented many times over the ensuing decades. We at MyStarCollectorCar believe the chrome made these cars beautiful then and now, with all due respect to the 1970s National Lampoon creators. 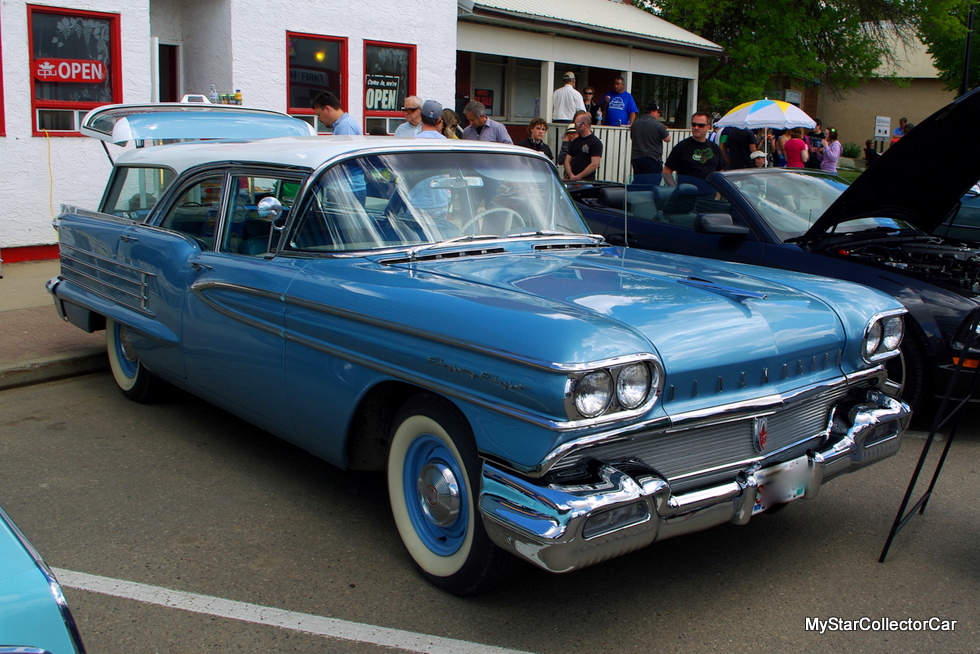 They had their imaginary 1958 Bulgemobile while the real world had the ’58 Olds in all its glory. The Olds followed in the finest tradition of a Fifties automotive consumerism rule: the bigger check written by a 1958 Olds buyer exists in direction proportion with the chrome on the car. In essence, the bigger the check-the bigger the bling. 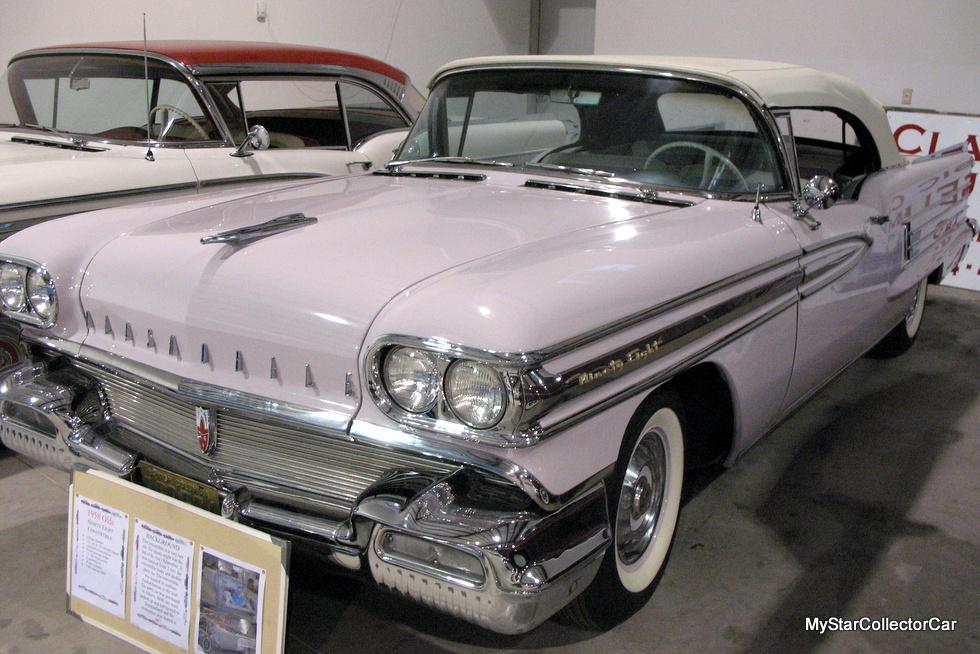 High-end Olds models like the 98 and Super 88 were excessively decorated cars that leaned heavily into the chrome philosophy. Owners could blind their neighbors on a sunny day and make the race to keep up with the Joneses a little tougher in the car bling race because of the higher end Olds’ generous supply of chrome. 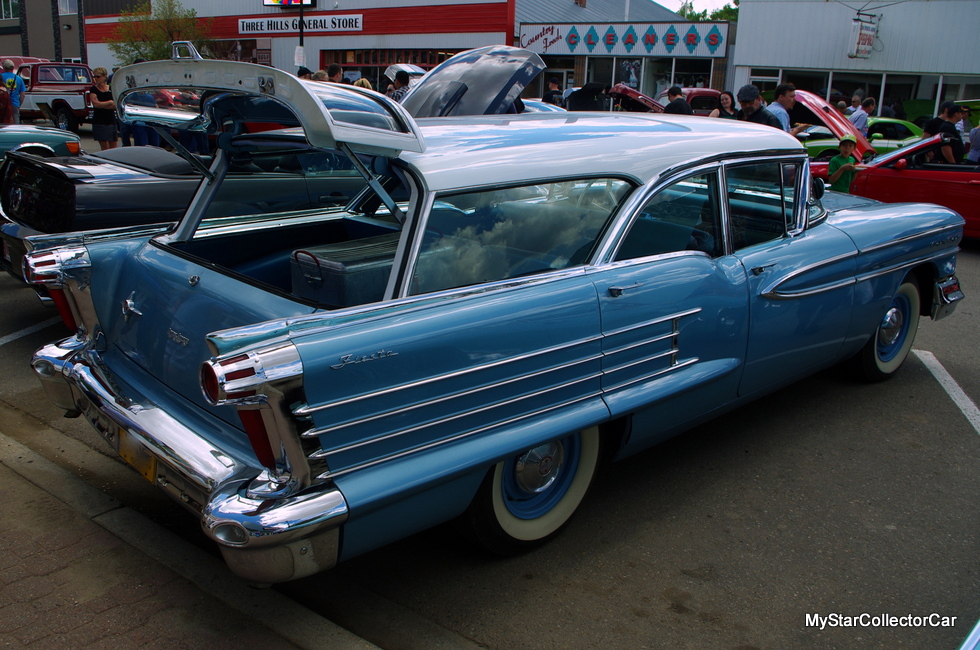 These days a well-preserved 1958 Olds that embodies the chrome dreams now six decades in the past has finally gotten the respect that had eluded these beautiful cars since the Fabulous Fifties. 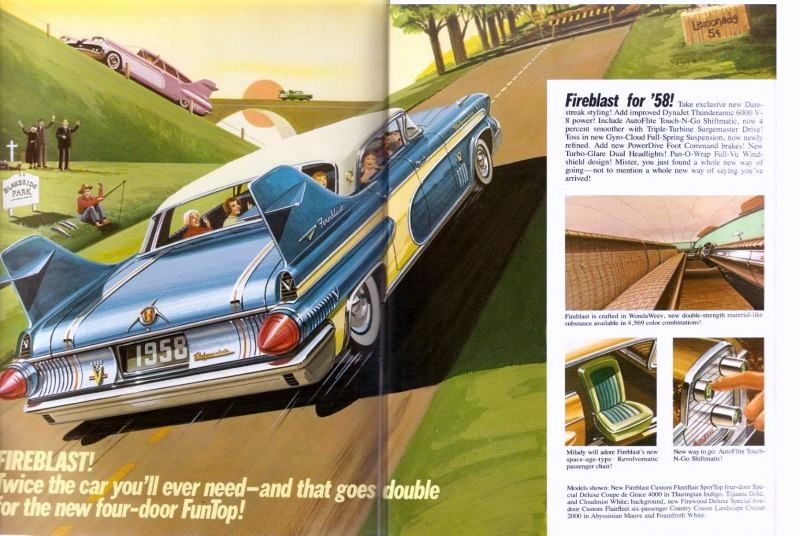 The 1958 Olds in excellent conditions commands big bucks in 2019 because they are big, bad, beautiful-and rare. One cannot forget rare when it comes to this real life Bulgemobile.