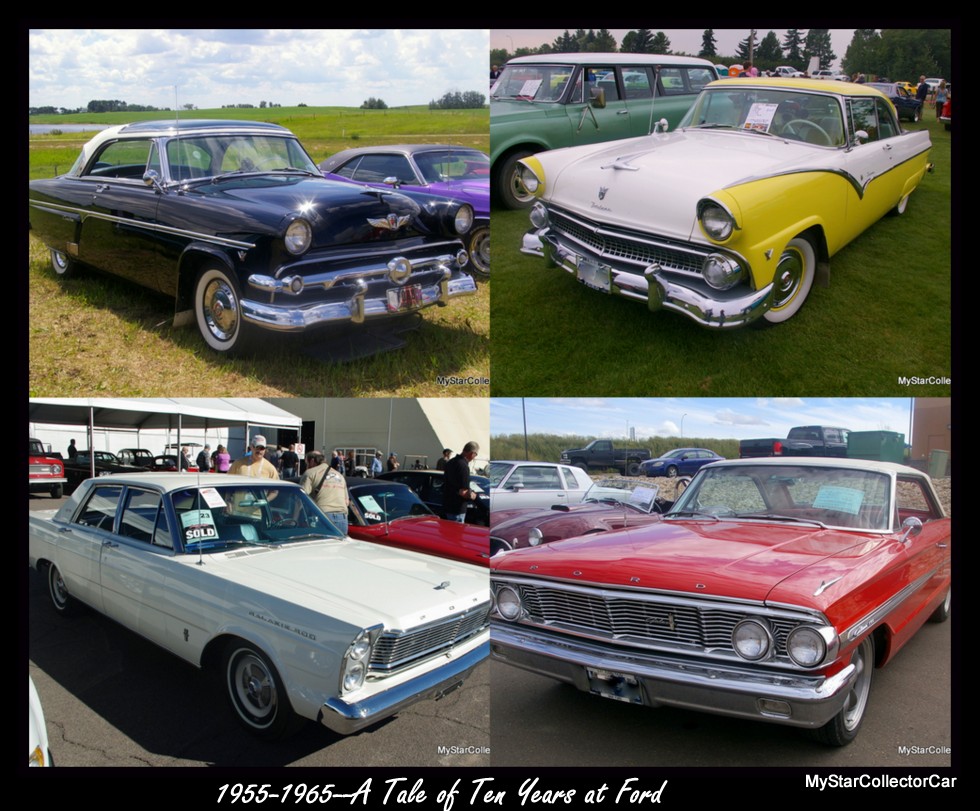 The two cars were built during an era when the Big Three wanted a new look every year because they wanted to sell the idea that a new car should be an exciting departure from the previous year.

Thus the only way to link a 1955 Ford with a 1965 Ford was the badges on both cars that identified them both as Ford Motor Company products.

The cars were built in two separate decades but they might as well been built on two separate planets based upon the style differences.

The two cars do share a similarity because they were built as mid-decade models when Ford made massive design changes to their namesake models. The ’55 Ford represented a complete sheet metal makeover for the car and pushed Ford into the back nine of the Fifties with a brand new look. 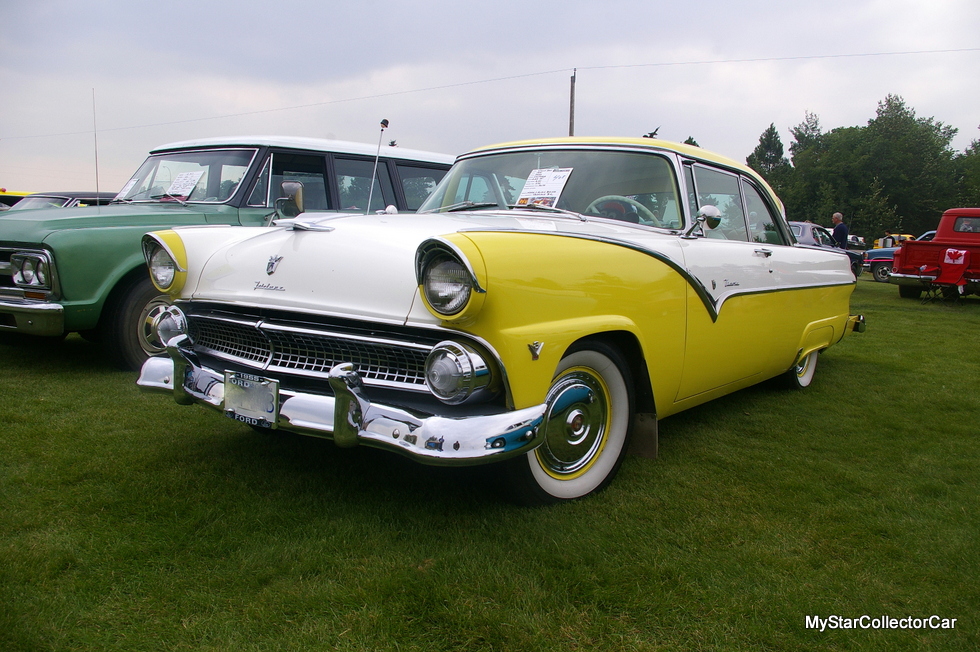 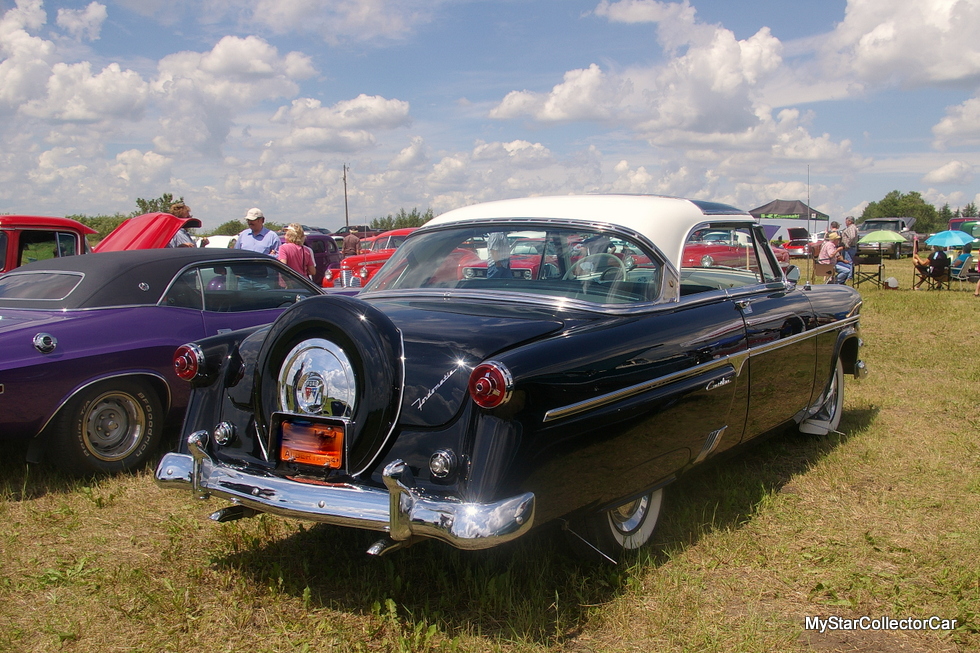 The reworked body offered more windshield glass because of the re-designed A pillar that was more upright and offered more wrap-around curved glass to the style. The subtle change was designed to give more of a cockpit feel for ’55 Ford owners by giving the cars a jet age vibe in the Fifties. 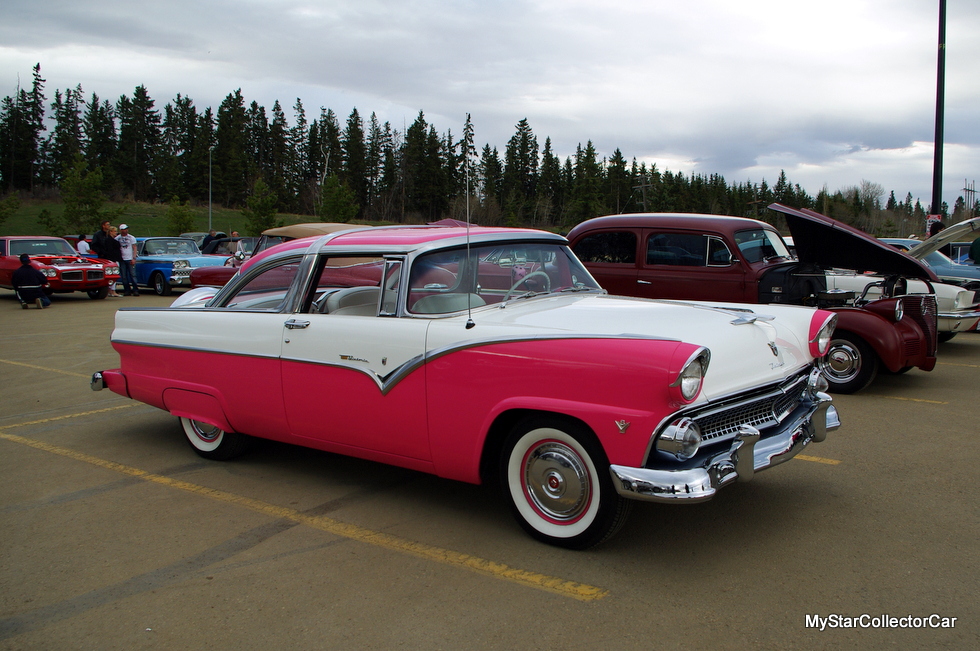 The large tail lights in the ’55 Ford were also designed to imitate afterburners on jets and the subtle fins on top of the rear fenders added to the jet style on the car. 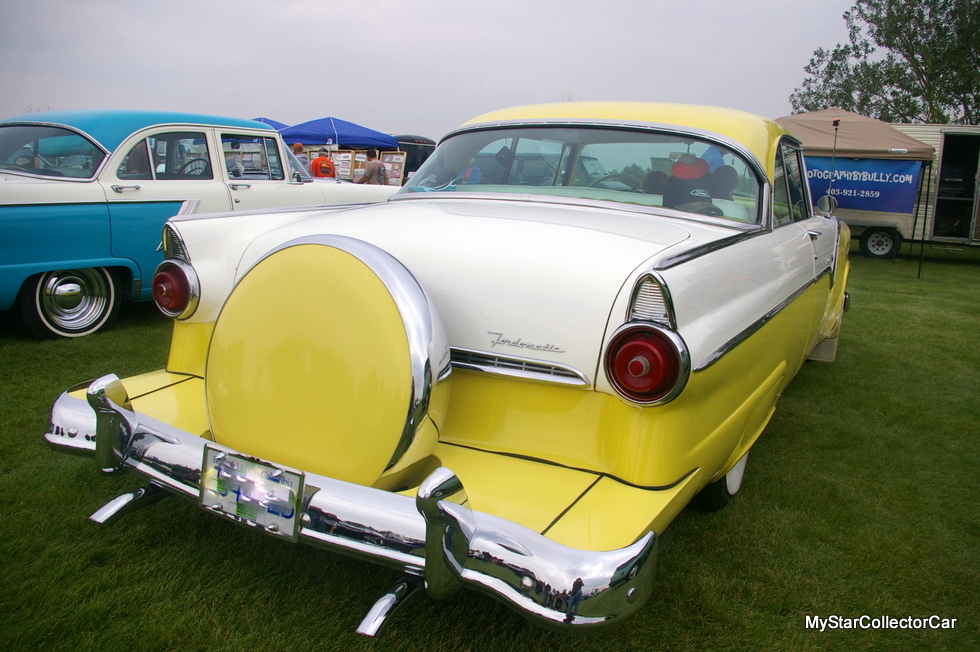 The 1955 Ford was pushed a little closer to jet speed because its engine choices included a muscular Thunderbird 292 cubic inch V-8 that delivered 193 horsepower to the right foot of drivers. The 1955 Ford was a bold new adventure for the Blue Oval boys and it was a big hit with buyers when it debuted in showrooms.

The 1965 Ford was an even bigger departure in style from its 1964 predecessor and looked nothing like the ’64 Ford. The radical changes were most obvious on the front and back end of the ’65 Ford because both underwent a massive change. 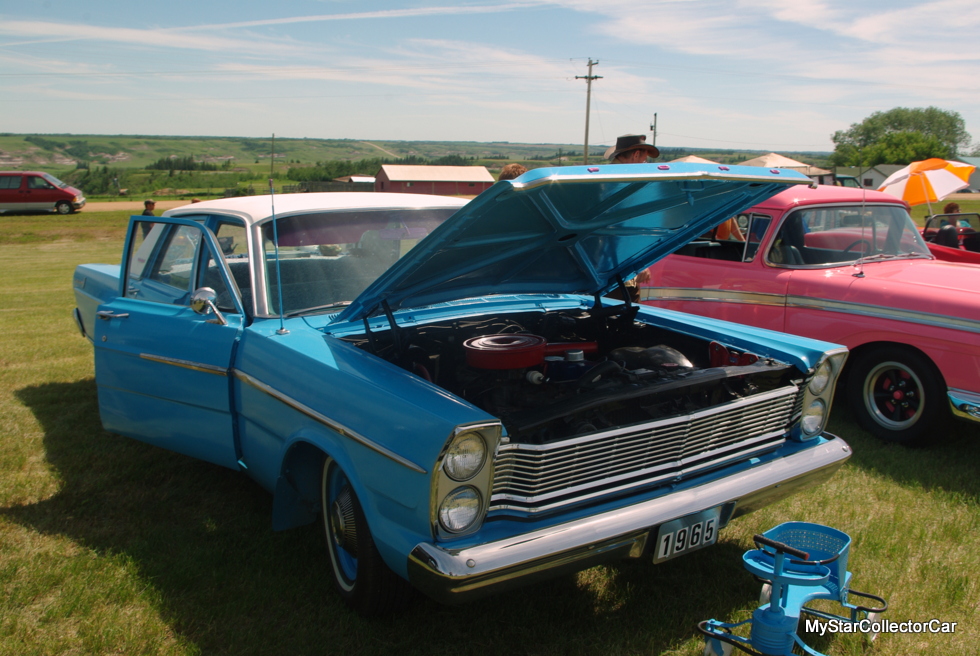 The round tail lights on the ’64 Ford were replaced by a more rectangular light that gave the 1965 Ford a more angular appearance on the back end. 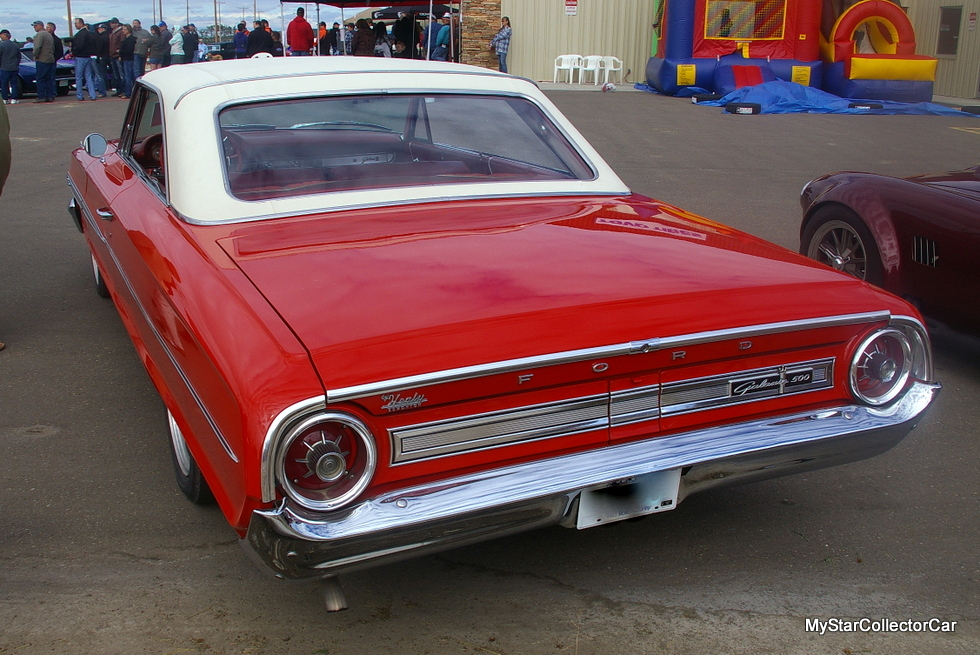 In fact, the entire body style on the ’65 Ford was more squared-off than the more rounded ’64 version. 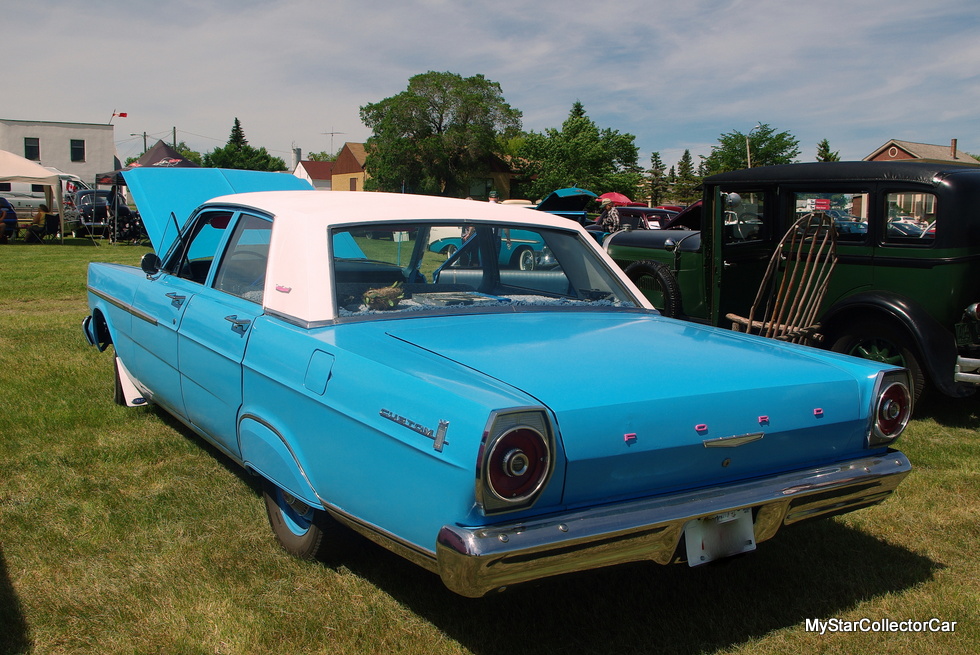 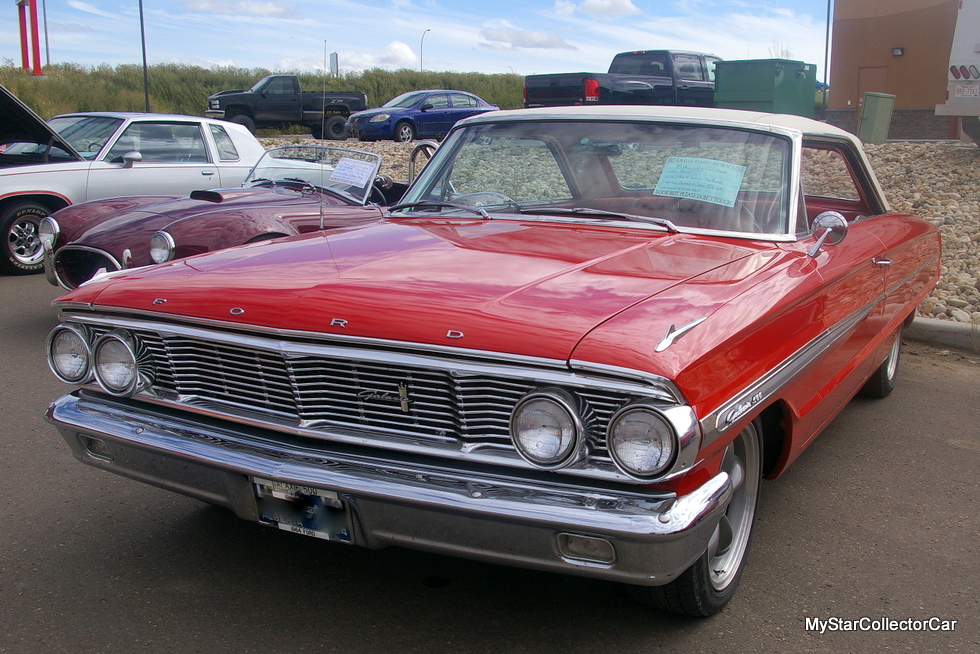 The stacked headlights on the ’65 Ford were a necessary feature because the vertical headlights blended in well with the straight edges of the body lines on the car. 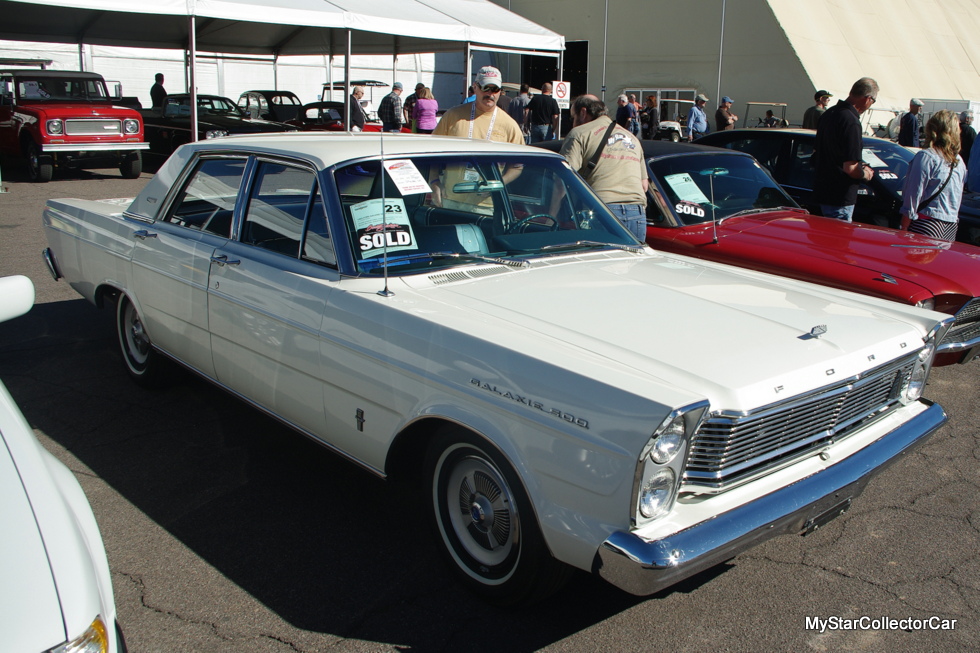 The C-pillar on Ford’s 1965 hardtop model got thicker and was also a big style departure from the thinner C-pillar hardtop style on the ’64 Ford. 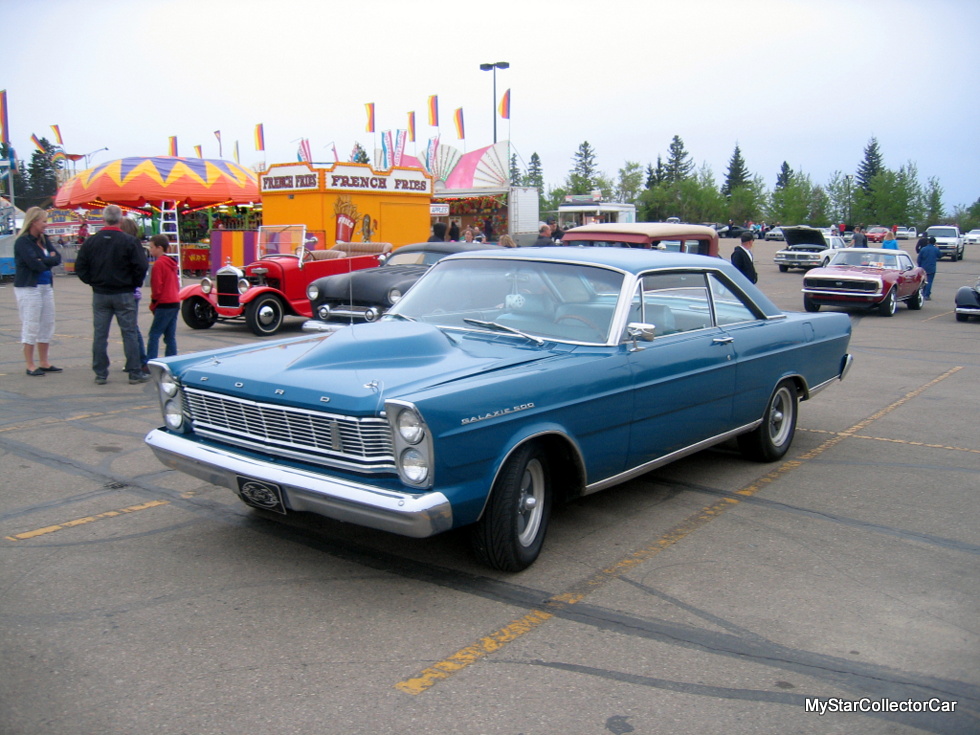 The 1955 and ’65 Fords were mid-decade entries into the new car lineup and represented a big style change from the previous year.

The stakes for top sellers were always very high during an era of massive annual style changes and both years of Fords brought plenty to the Big Three car wars when they hit the showrooms.