We have preached the wisdom of preparation before a collector car goes on a road trip.

But what about a trip where you say the hell with it–let’s hit the road?

A journey made entirely by guts and good luck?

The first thing that you want to do is run over your cell phone. An old school run means old school technology and that also means phones in distant farmhouses will link you to the world. 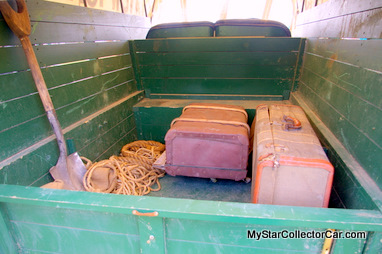 Little walkabouts when the old girl breaks down or runs out of gas (despite showing half a tank) may be in the cards. You can accept a ride to a phone, but the rules of this adventure do not allow a cell phone call from a helpful passerby.

Your only plan is no plan beyond the rules that existed when your ride was new and Howdy Doody was a TV god for people that owned TV sets. Or you could pick a vehicle from a time when we had only one World War under our belt. 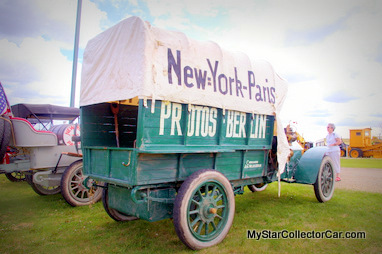 The important thing here is that your vehicle was young and popular in a bygone era and you have steered it into a 21st century hurricane. Whether it is a Category 5 or just a stiff breeze is up to the car and good luck.

And there is rarely a good time for a breakdown. You may own a vehicle that needs a paleontologist instead of a parts counter guy- even if you break down right in front of a parts place.

How many of us have encountered a young kid with a puzzled look staring at a parts computer that only goes back to the mid- 80s for your car brand. For him, the 80s was the Dark Ages that took place long before he was even placed on earth to text and play video games.

So a vehicle from several decades before his auspicious debut is simply light years beyond his comprehension on many fronts. If he mispronounces De Soto or Studebaker, there is a 100% chance that he won’t have the part-or even a molecule of ambition to look for the part.

These are the times when a trunk-full of spare parts will seem like a very good idea, but woulda-shoulda-coulda are only warm but distant concepts at this point. You, my friend, are on the good ship Titanic and there are precious few lifeboats.

You definitely need help to survive this car adventure. The kid behind the counter may be able to steer you in the right direction-even inadvertently in his case. Ask him if any old guys that like old cars work in the building or live in his town. He may have accidentally processed this valuable information.

There is a greater car guy community in every godforsaken location where your car stops running, and you have to tap into that resource. It may be the only useful remedy that kid can provide to your car problem. 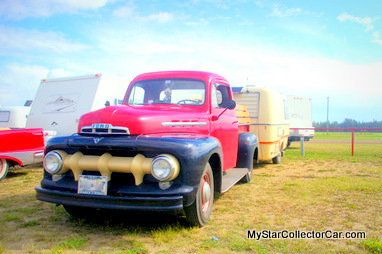 And it may just get you back on the road.