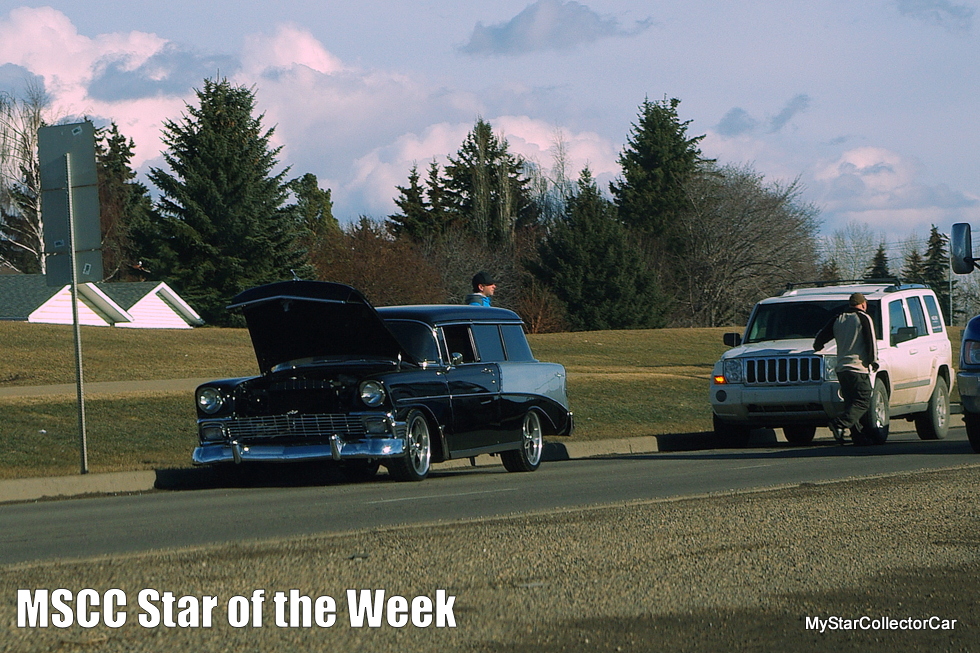 Regular MSCC readers are well aware of the random nature of the Star of the Day feature.

The basic theme of the MSCC Star of the Day is a gut reaction to a photo from the vast files in the MyStarCollectorCar library.

The only hard and fast rule applies when a car guy is stuck on the side of the road with his beloved old ride because that’s when you get instant MSCC Star of the Week status—it’s a small way to say “I feel your pain”.

This MSCC Star of the Week ’56 Chevy wagon was stopped with its hood up a few days ago—a tough way to achieve stardom. 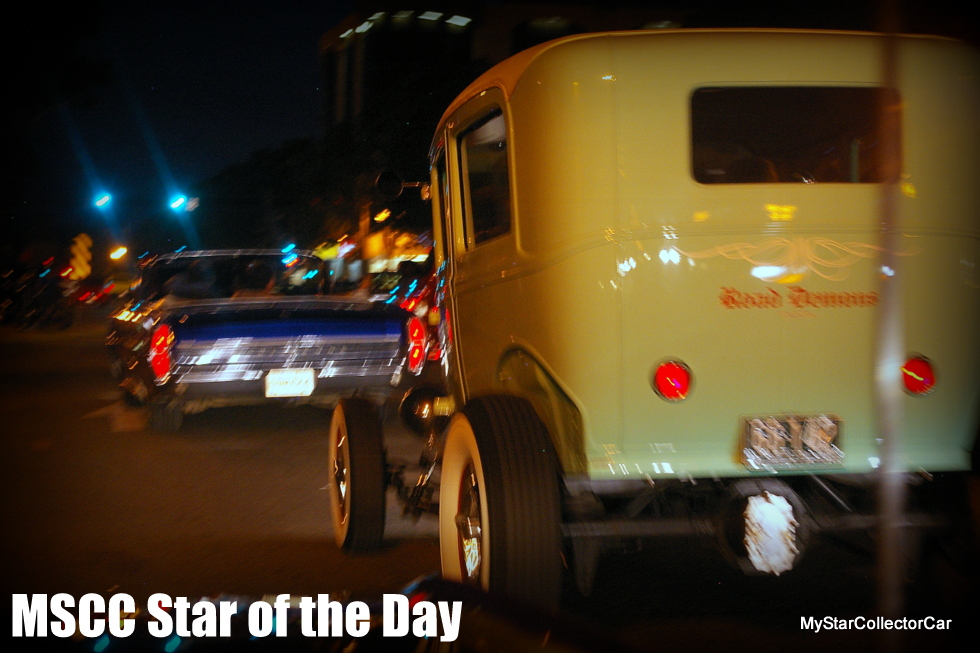 There was an era when hot rods were king but another contender hit the street wars in a big way.

The year was 1964 and there were more things going on than Beatlemania.

‘The big news was the Mustang in 1964 but the gearheads looked past the pony car and eyeballed the first GTO because that’s where the real action was on the street and suddenly hot rods had competition in the form of a brand new muscle car.’

This MSCC Star of the Day picture was taken back in 2009 but the classic rod was really more representative of a day in the life circa 1964 when there was a changing of the guard on the horizon. 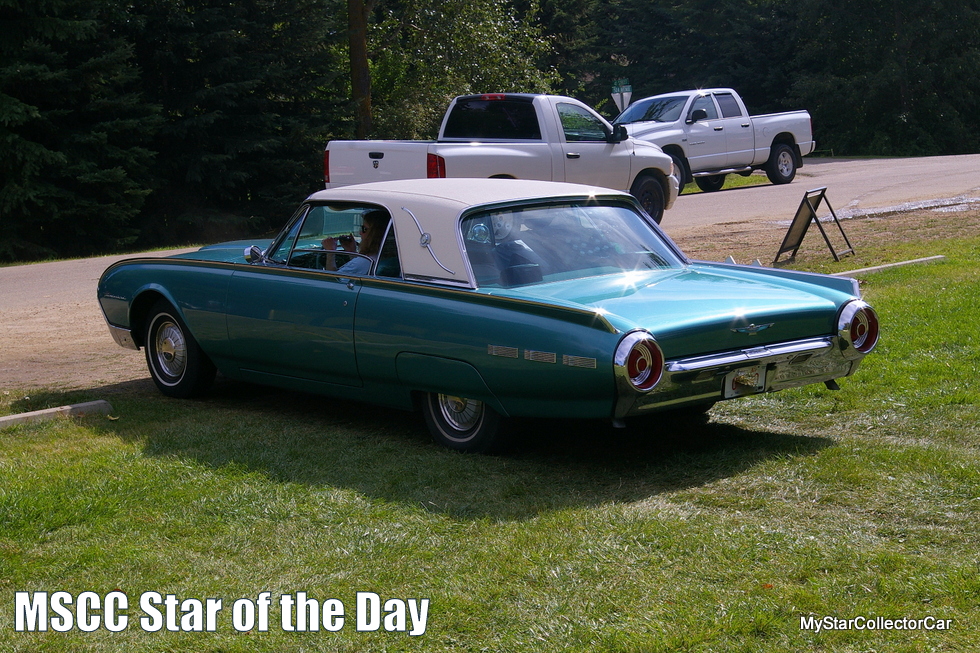 MSCC MARCH 18 STAR OF THE DAY: ’62 THUNDERBIRD—BULLET BIRDS FOR A REASON

The early 1960s were “times that were a changing”–to paraphrase Bob Dylan.

The 50s fin era had given way to more subtle styling like the GM bubbletop ’61 Impalas, Olds and Buicks.

‘Detroit design teams were looking for a cleaner, less cluttered look in the early 60s but that didn’t mean style took a back seat so Ford kicked in with the incredible Bullet Bird era in 1961.’

This MSCC Star of the Day is a ’62 Thunderbird at a show back in 2010—they were called Bullet Birds for a reason. 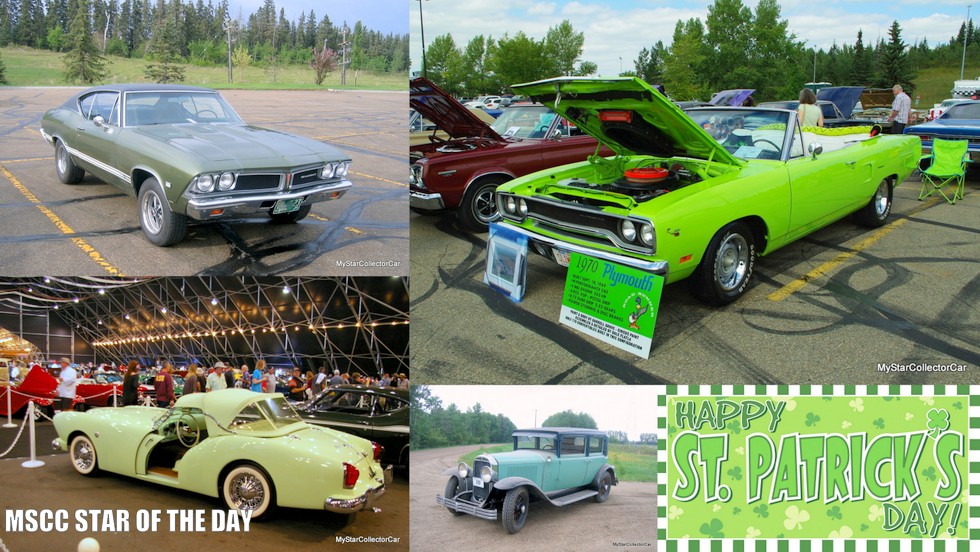 MSCC MARCH 17 STAR OF THE DAY: ST PADDY’S— IT HAS TO BE GREEN

The MSCC Star of the Day doesn’t follow a rigorous format.

In fact you could call it the anti-format format.

‘Despite this loosey-goosey approach to the MSCC Star of the Day format there are certain days like Christmas where you want to stick to a pattern and St Paddy’s Day (March 17th ) is one of those days.’

There was only one theme for today’s MSCC Star of the Day—it had to be green. 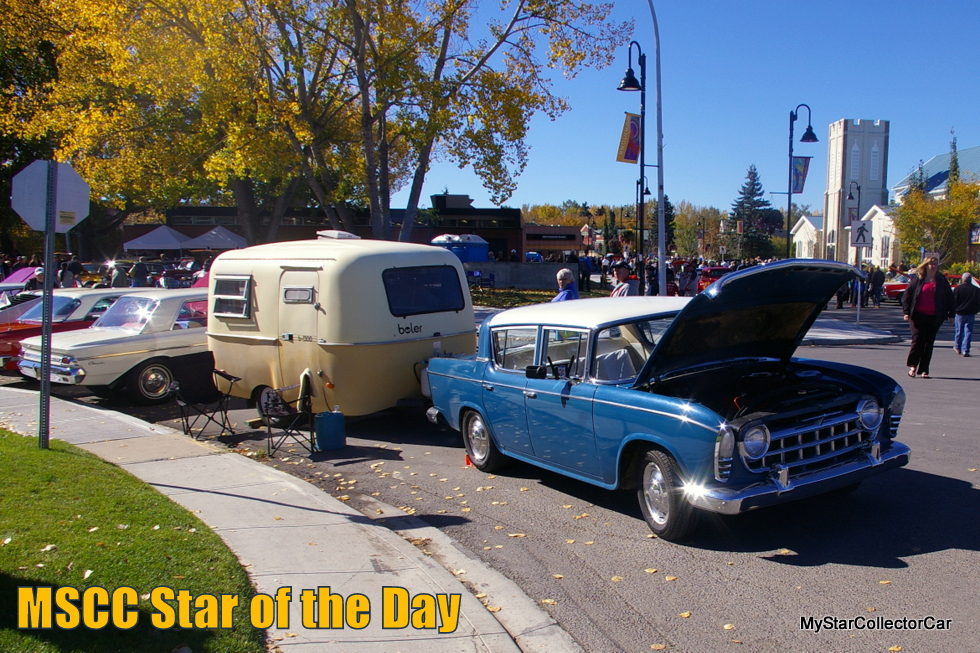 Ramblers were rarely brought up in the same sentence as a Corvette back in 1957 but they were surprisingly sporty in their own way.

The Vettes and the Chrysler letter cars may have had all the press clippings back in ’57 but these stealthy little Ramblers were the real story.

‘A 1957 Rambler Rebel did 0-60 in 7.5 seconds so it earned the distinction as the fastest sedan of the day thanks to its incredible power to weight ratio consequently this little box on wheels was  a street ambush waiting to happen.’

This MSCC Star of the Day ’57 Rambler was an unassuming muscle car if it came in a Rebel package. 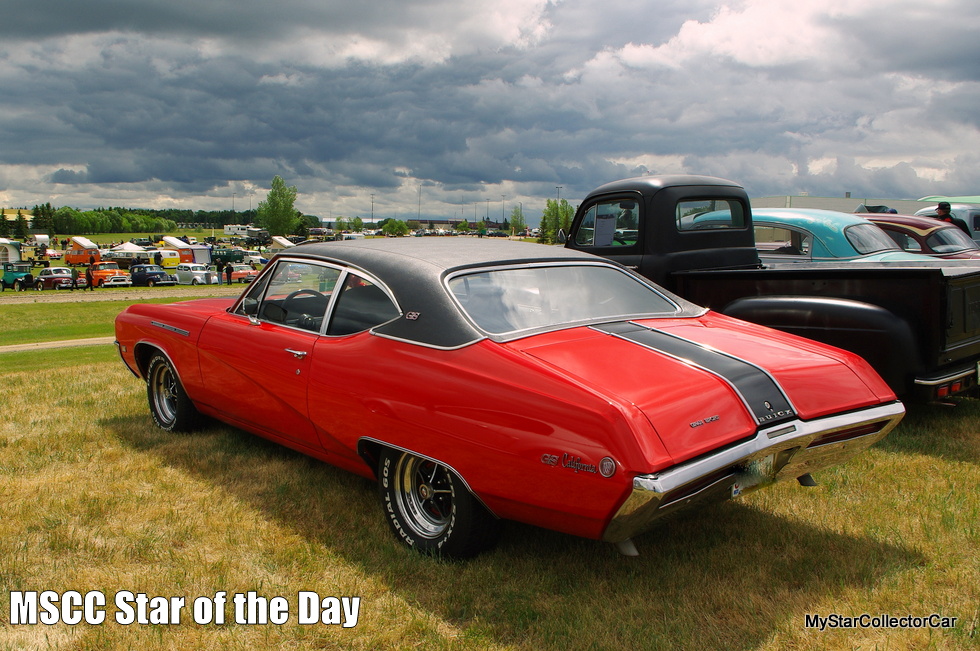 California is known for many things.

Surfing, sun, Hollywood and cars are all part of the California culture because this is a place where every road eventually leads to a beach or a movie star.

‘California embraced the car like no other place in the world so Detroit picked up on this connection in a big way and marketed models aimed directly at this massive market.’

This MSCC Star of the Day is a ’68 Buick GS California—West Coast cool. 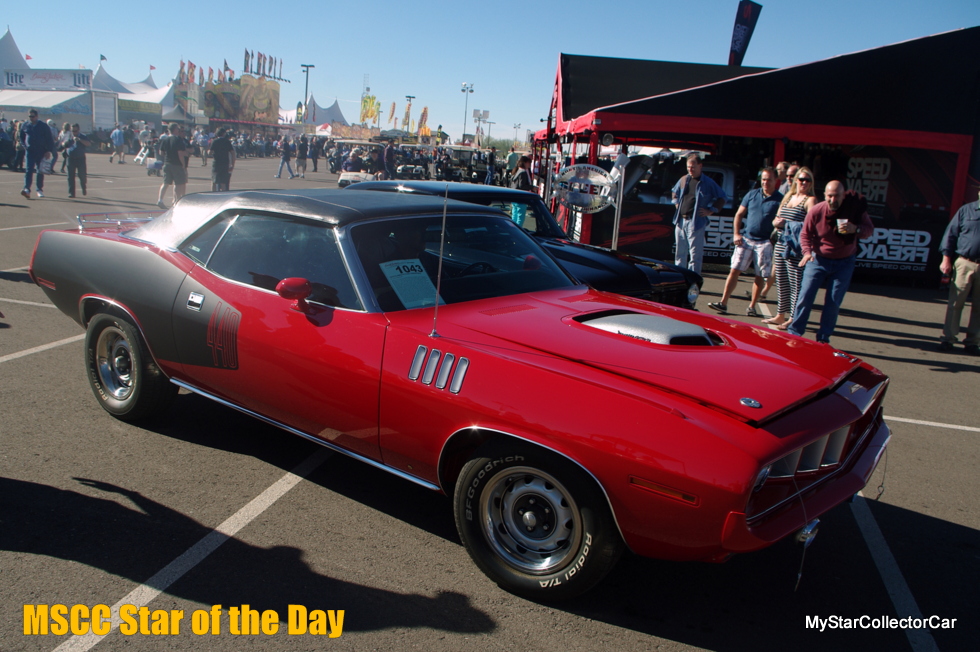 MSCC MARCH 14 STAR OF THE DAY: ’71 CUDA 440 SIX-BARREL CONVERTIBLE—YOU CAN JUDGE A BOOK BY ITS COVER

E-body Mopars are the gold standard for collector cars in the 21st century.

Original, Hemi-powered Cudas and Challengers routinely hit 7 figures on the auction circuit so there’s a clear supply and demand factor with the Mopar pony cars.

The demand is so high ‘clone’ or ‘tribute’ (the more marketable name) cars command serious dollars in their own way.