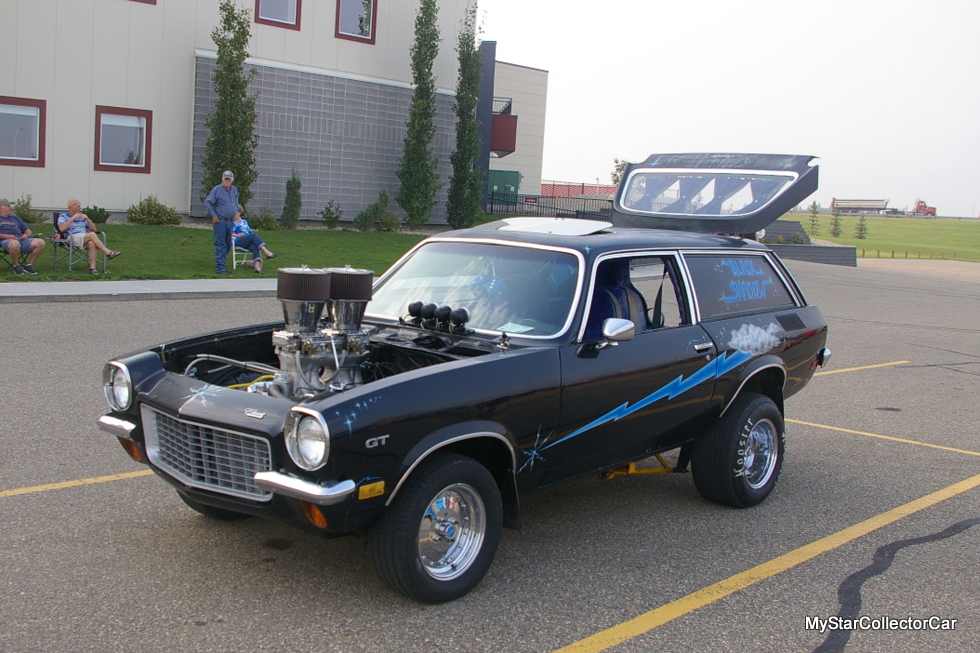 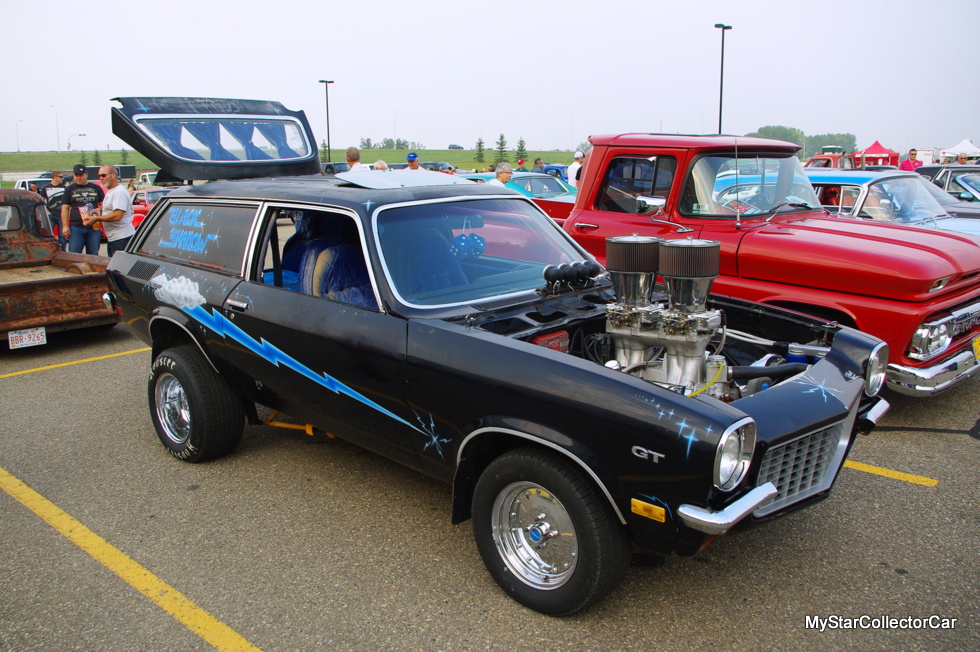 Darcy Snyder was a teenager when he first saw his 1972 Vega station wagon on the street in the 80s.

Somebody else owned it and he was a young fan of the muscled-up Chevy wagon.

‘The humble little sub-compact had undergone a serious change in attitude with its former owner by the time Darcy first spotted it.’

Chevy Vegas were not the stuff of dreams when they first appeared in late 1970 as a new 1971 sub-compact for General Motors. They were functional and affordable econo-buckets that sacrificed power for good gas mileage. 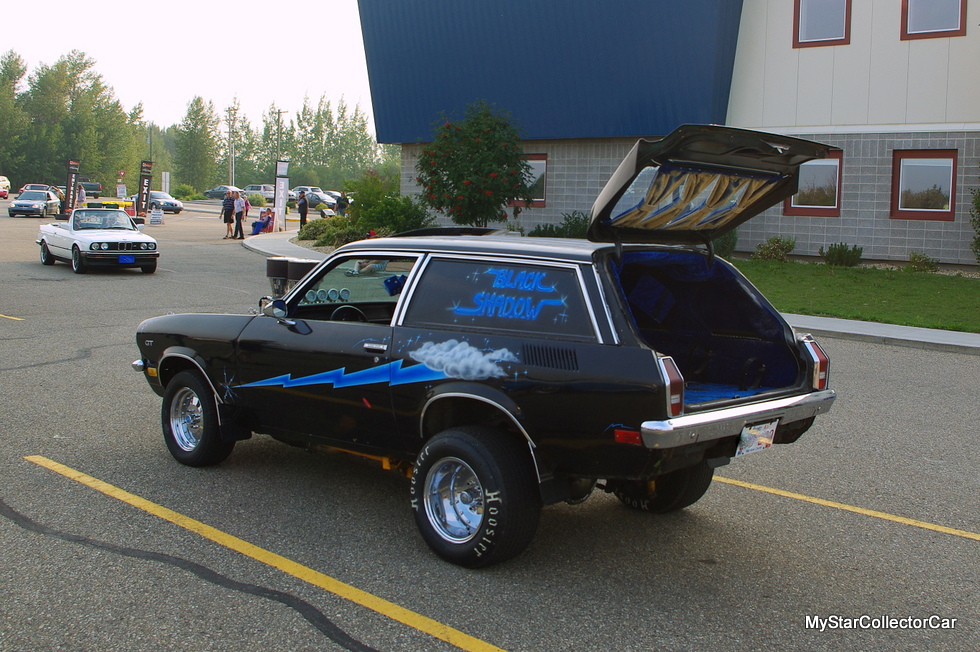 Their factory four-banger engines were 98 lb. weaklings that leaked oil and horsepower with equal enthusiasm from the day they left the dealership. The cars were slated to be an automotive punchline for a horrible car joke until somebody posed a “what-if?” question about the Vega.

The basic question was “what if we shoehorned a Chevy V-8 into a Vega” and the answer was the car became a lot cooler after the transformation. The Vega’s nerd factor was immediately vaporized the minute the ignition key was turned and the newly transplanted V-8 came to life. 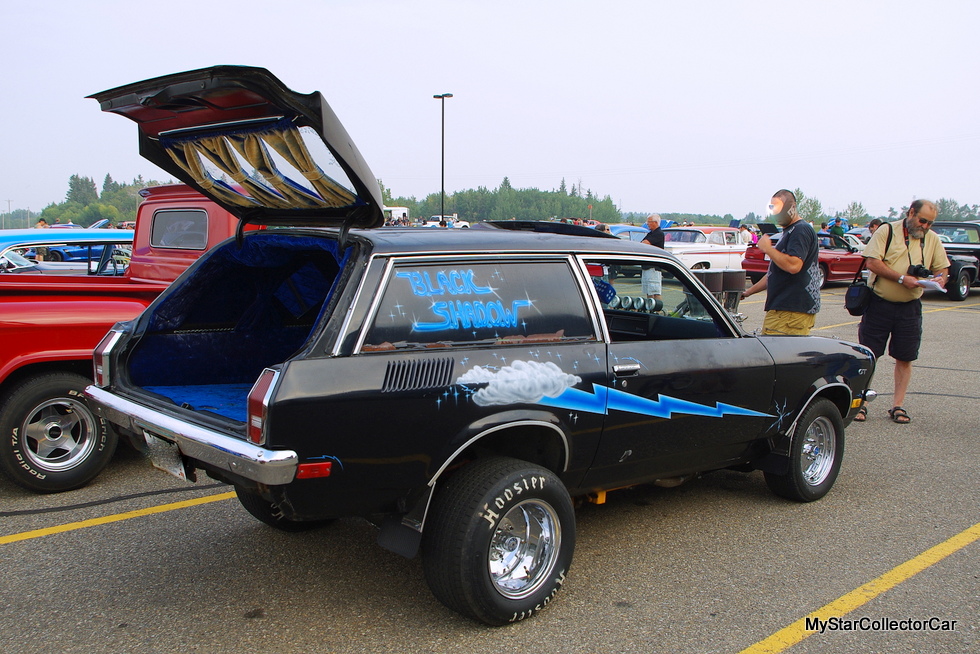 The Vegas were a rear-wheel drive lightweight small car and they got a bold new attitude when all those V-8 horses were corralled under their hoods. The 1972 wagon Darcy saw as a teenager was a great example of the Vega-on-steroids movement from a bygone era. 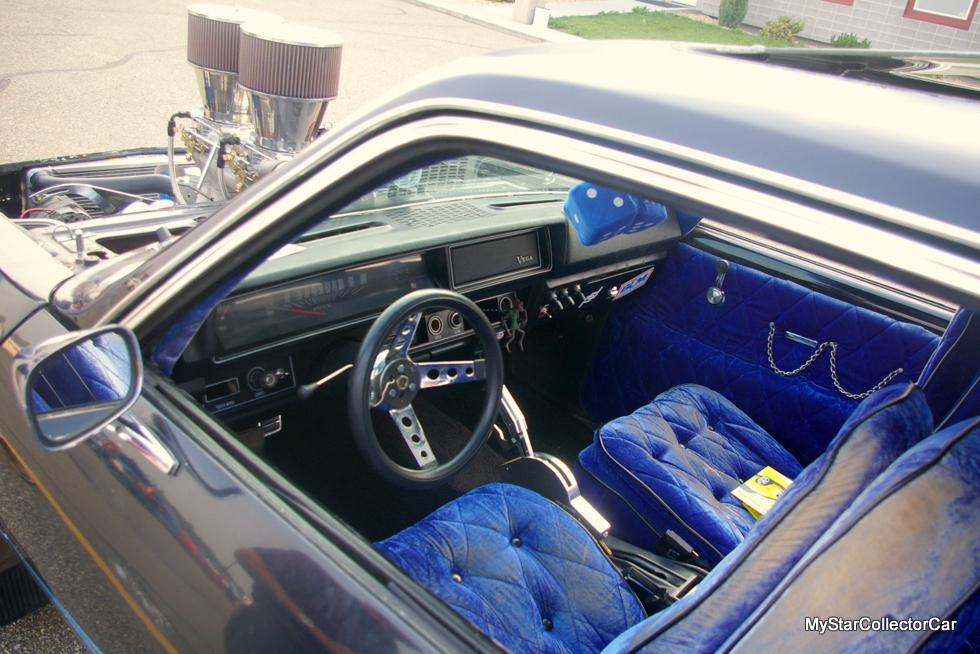 The wagon had been upgraded to a small block tunnel ram fire-breather by its former owner and quickly became a crazy-fast local legend during the 80s when Darcy was young. Eventually the Vega was sold and disappeared from the public eye after it was parked in the early 90s.
Darcy found out about the wagon’s availability in 2014 and immediately bought the car because it had made such a big impression on him as a young car guy. It took a year for Darcy to get it running and drivable because he put a big block Chevy in the car. 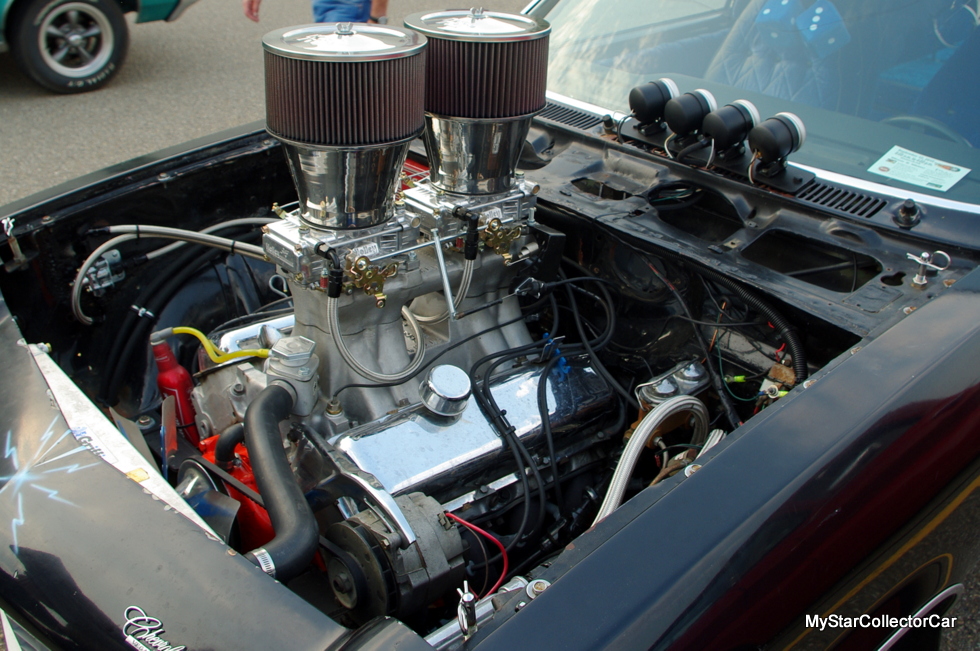 Darcy said “everything was built as it was in the early 80s” and he wanted to respect the car’s hot rod heritage under his watch. The car will not be repainted because Darcy wants his wagon to look like it did when he first saw it. 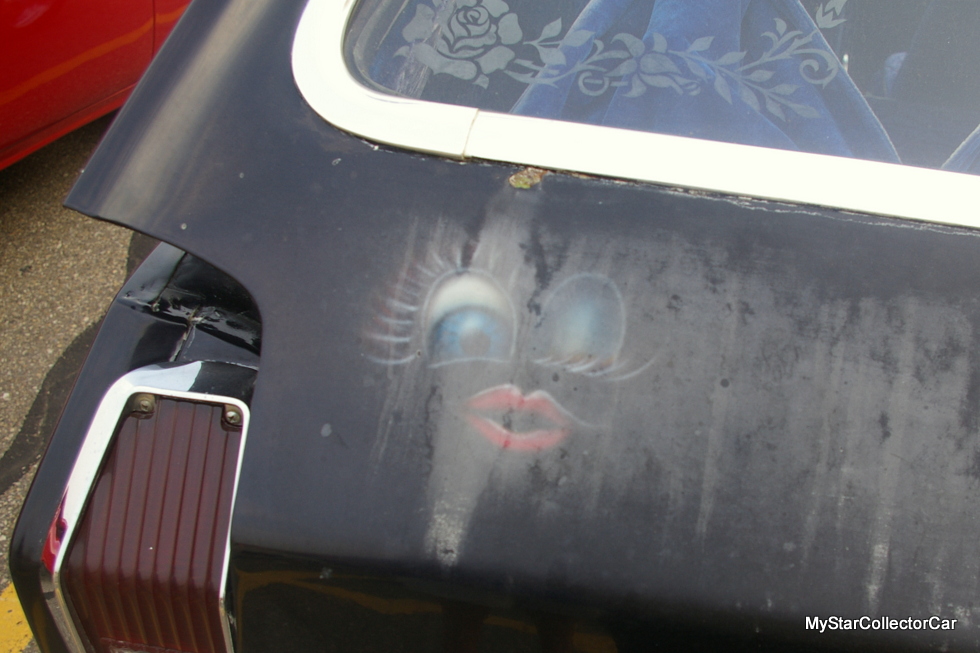 The car retains its original steering system so a big block made things a little more complicated for Darcy because of the tight quarters under the hood. He moved the battery to the back and used “lots of knuckles on the steering linkage” in his words to wend around the big block. He also used Baldwin Motion motor mounts and a big 12 bolt rear end to handle the extra torque. 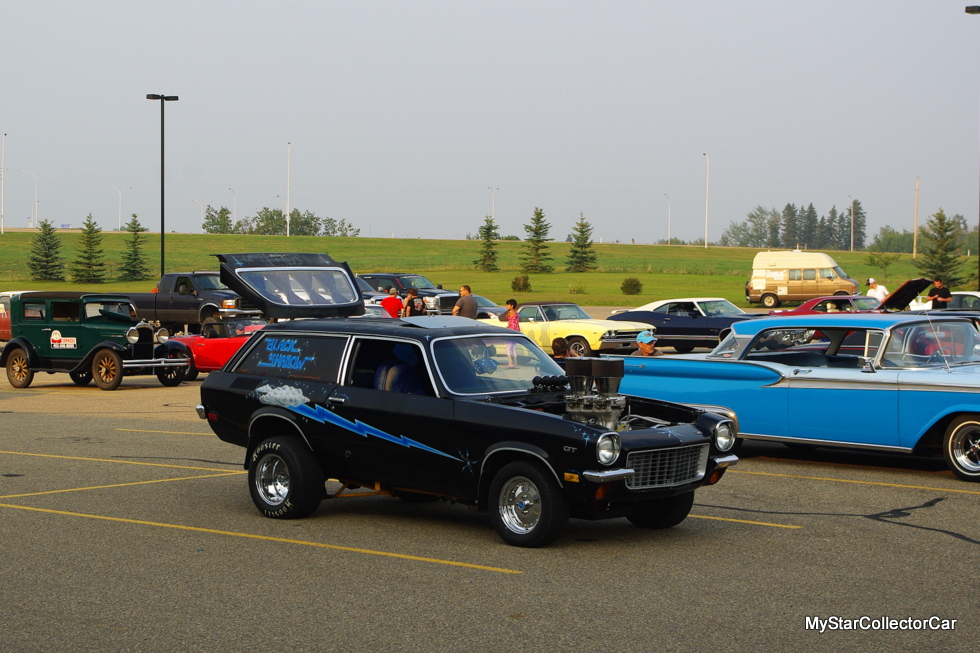 The big block has about 500 horsepower at the flywheel according to Darcy and requires a very fast shift from first to second to make this monster come alive in the Vega wagon. Darcy needs to figure out how to solve his overheating issue by wedging in dual electric radiator fans under the hood.

‘None of these issues are deal-breakers for Darcy because he has seized an opportunity to buy the muscled-up car of his teenaged dreams.’