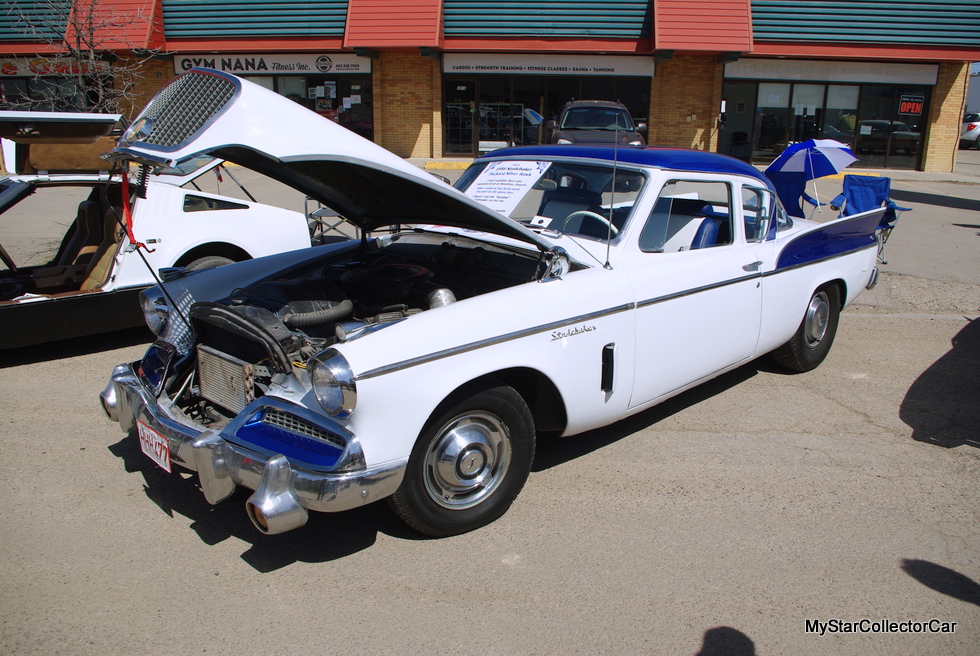 Studebaker was a smaller player in the automotive game back in the 1950s but they brought their A-game every day.

Historians remember the highlight cars like the super charged Golden Hawks or the Avantis but in most cases, a Studebaker owner was after reliability over performance.

One owner who bought his ’58 Studebaker Silver Hawk right out of the showroom had a change of heart decades later when he wanted to up the performance. 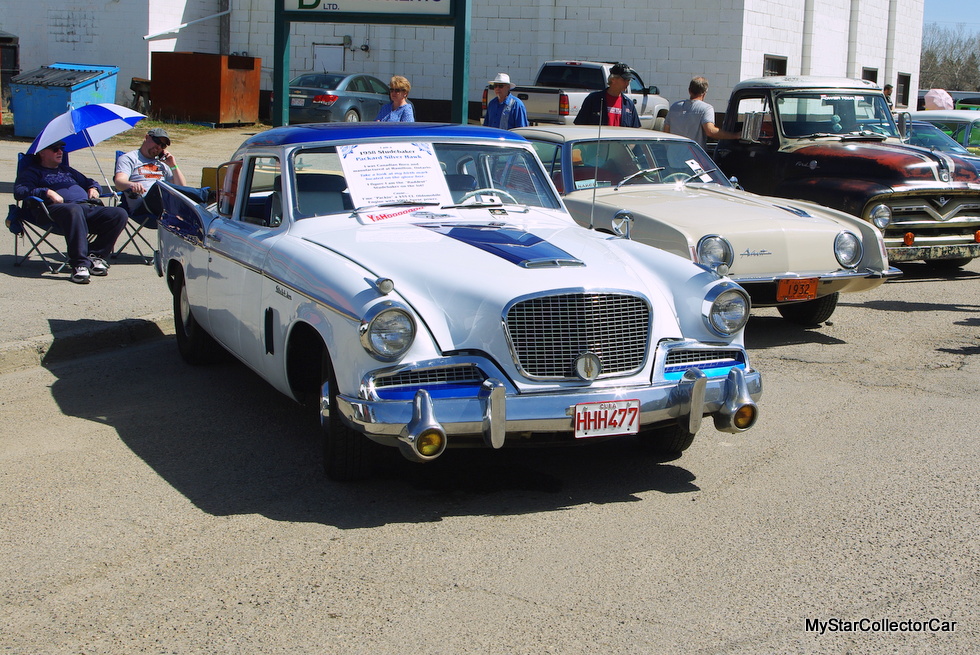 That was the guy who owned the car before Tim McDonald. Tim explained how the original owner “decided he wanted a hot rod” so he fitted a mid-70s era 455 cubic inch Oldsmobile V-8 under the hood of his ’58 Silver Hawk. 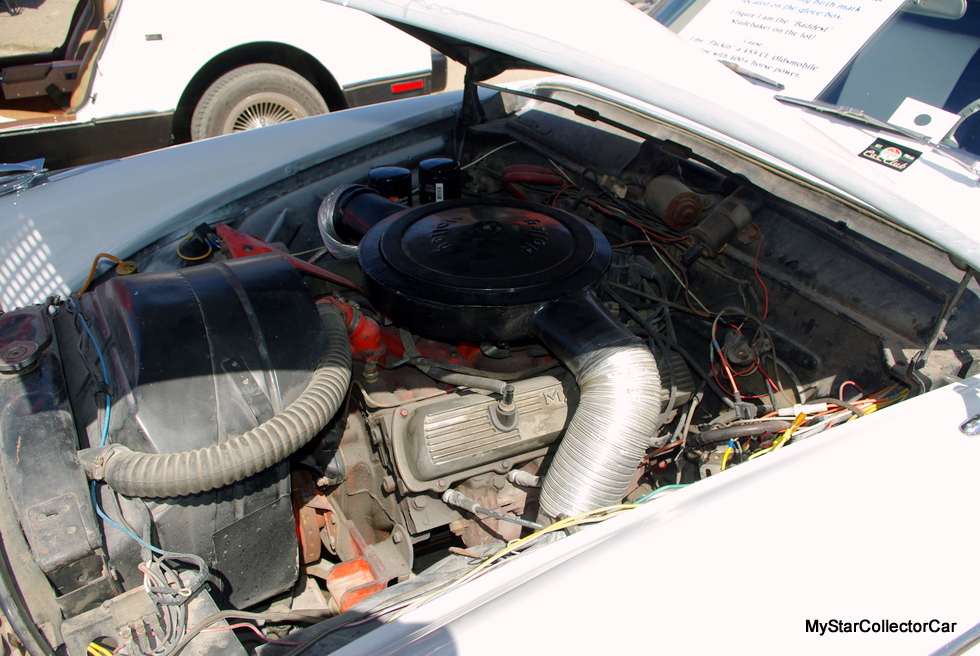 Tim found this car after a lengthy search because his son-in-law owns an original Avanti and that set the hook for his Studebaker quest. He saw a Silver Hawk and he said, “That was the one” so the search narrowed down to the ’58 Studebaker. 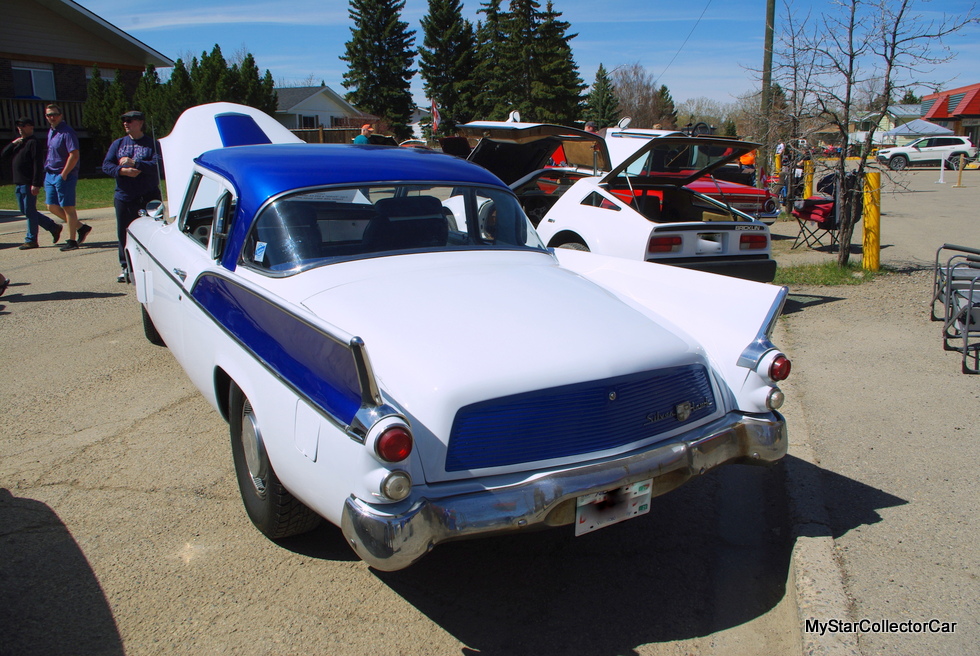 The 1958 Studebaker Silver Hawks were a lower-end version of the Golden Hawk so they sold more to the buying public. They came with a six-cylinder or 289 cubic inch V-8 but neither version had the punch of a big block Olds. Tim’s car changed the game in a big way.

The car was solid mechanically but Tim said the “panels were pretty banged up” so he took them on as a project and now the Silver Hawk is really straight. Tim and his wife also addressed the interior so the interior was re-done and the car was retro-fitted with Ford seats. 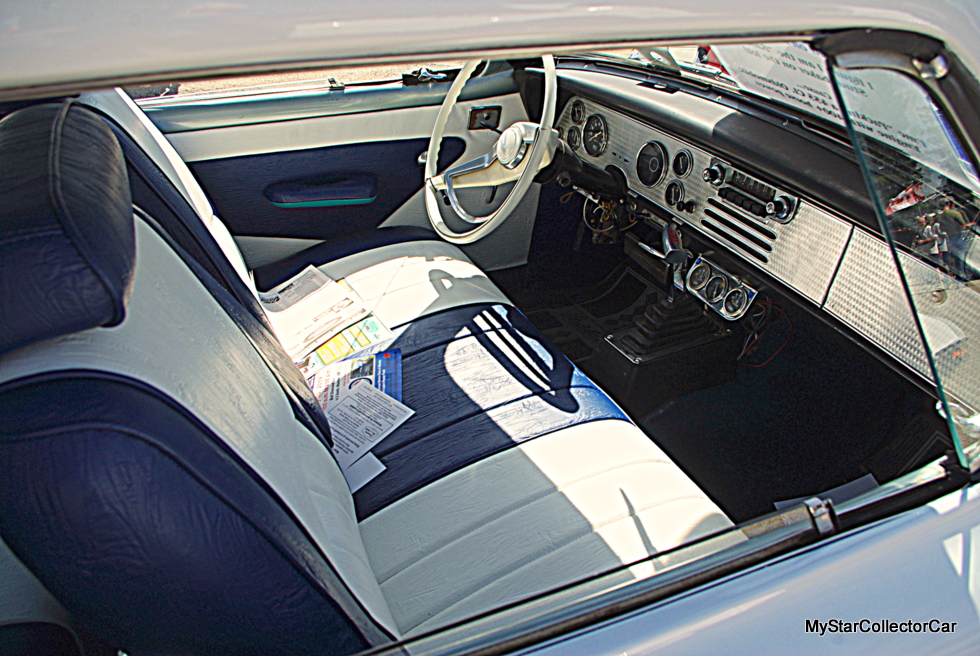 The previous owner was focused on the more-power side of the 455 Oldsmobile equation so Tim is very happy with the acceleration but he has a game plan for the future of his Silver Hawk. The car handles like a 61-year-old Studebaker so Tim said it has “about 2” of play in the steering so you have to drive it all the time—there’s no sightseeing in a ’58 Studebaker”. 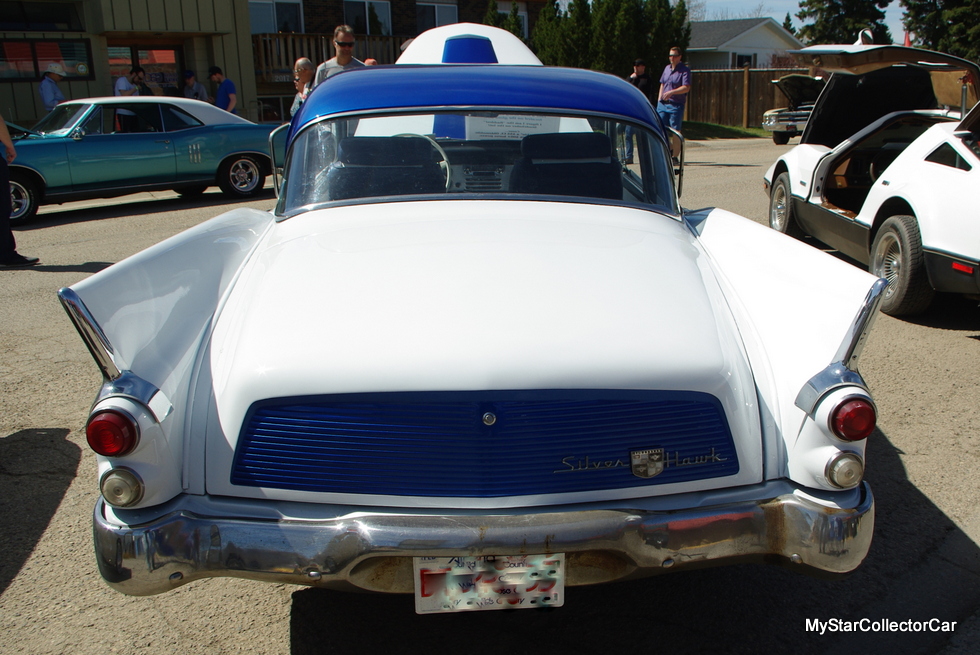 The brakes are another issue. Tim said they “stop straight but it takes a while to actually stop” so he wants to do an upgrade from single master cylinder drum brakes to dual master cylinder disc brakes.  He would feel a lot more comfortable with better stopping power because he’s not comfortable with his grandchildren under the present setup. Tim is realistic so the 50s technology doesn’t intimidate him but he’d like to up the game. 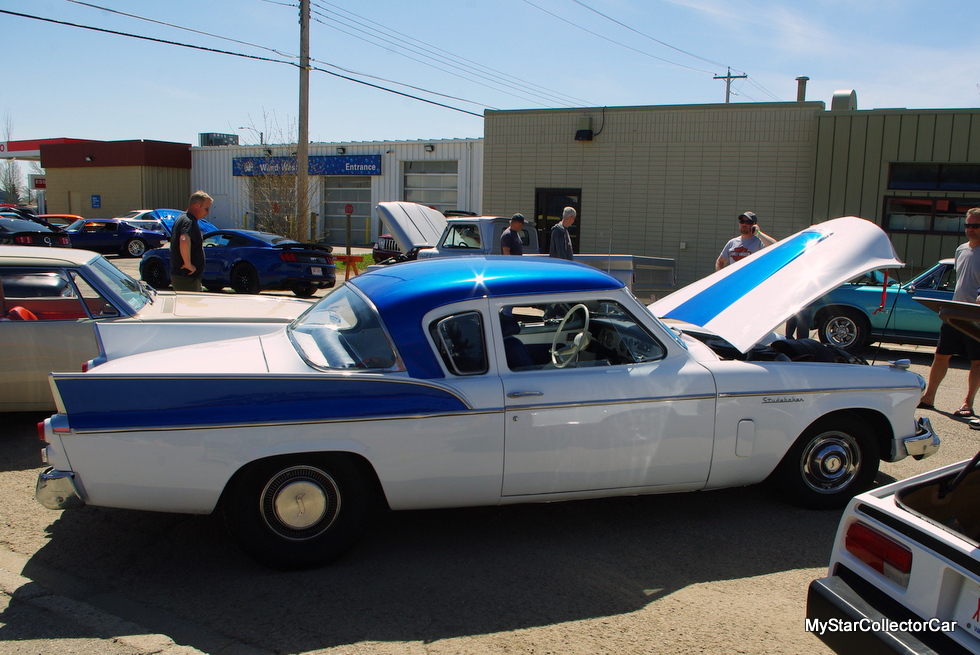 Heat is another factor because the big-block Olds generates a lot more heat inside the cabin and under the hood. He has to pull over regularly on a road trip to allow the car to cool down so he’s looking at options to help cool down the 455. There’s a radiator cowl but Tim is looking at things like a modern radiator and electric fans. 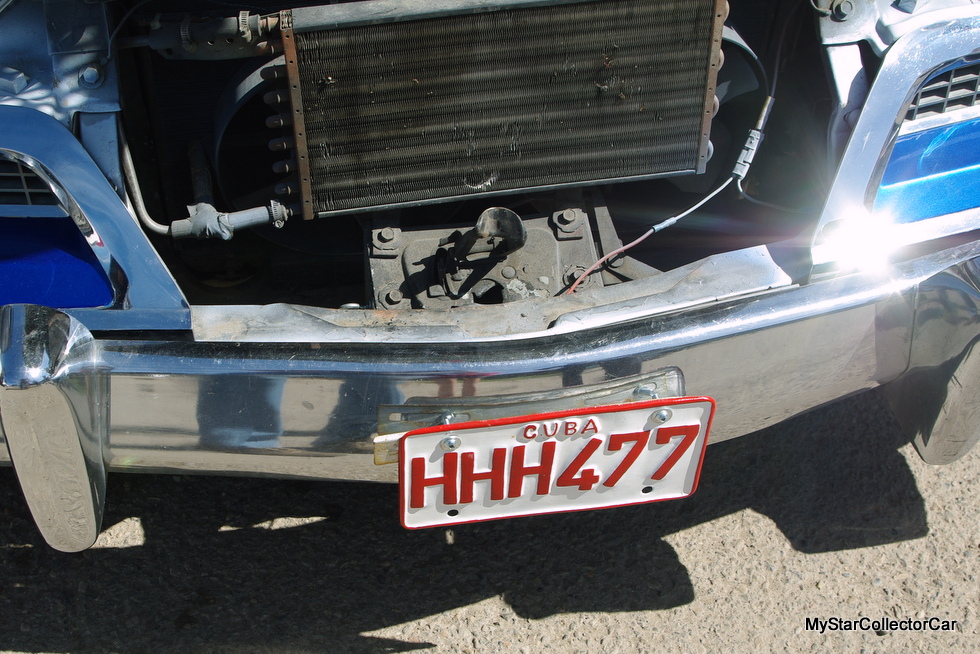 The upside of the Olds engine is it doesn’t have to work too hard so Tim said the mileage is respectable although the gas tank is a little small. He said it leaks a little oil but “that just makes it an authentic old car”. 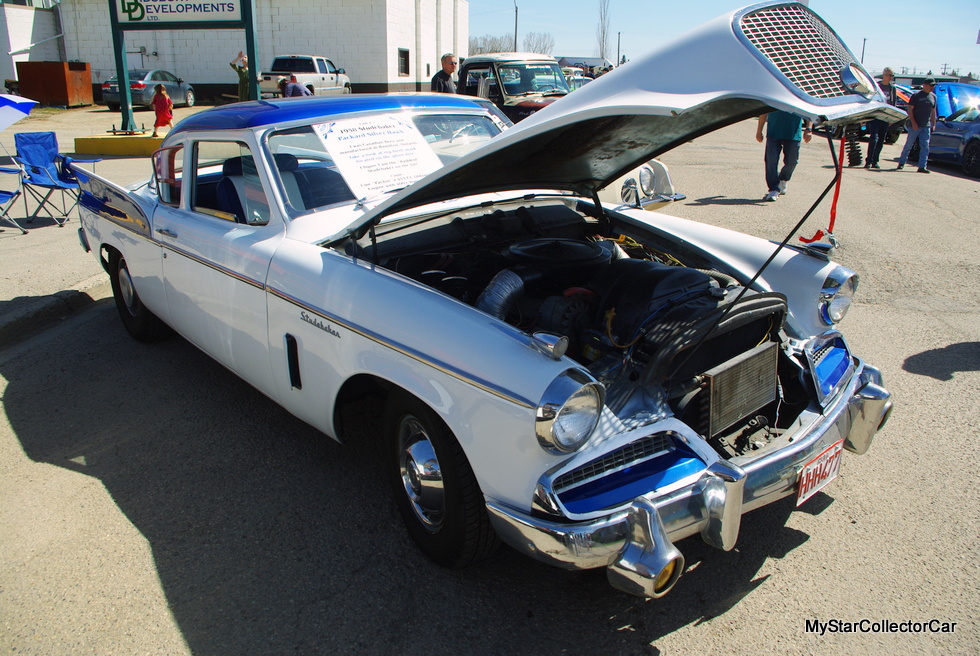 Tim is still a big fan of the Silver Hawk—he knows it’s a work in progress but there are no power worries under the hood because this car definitely has a passing gear.