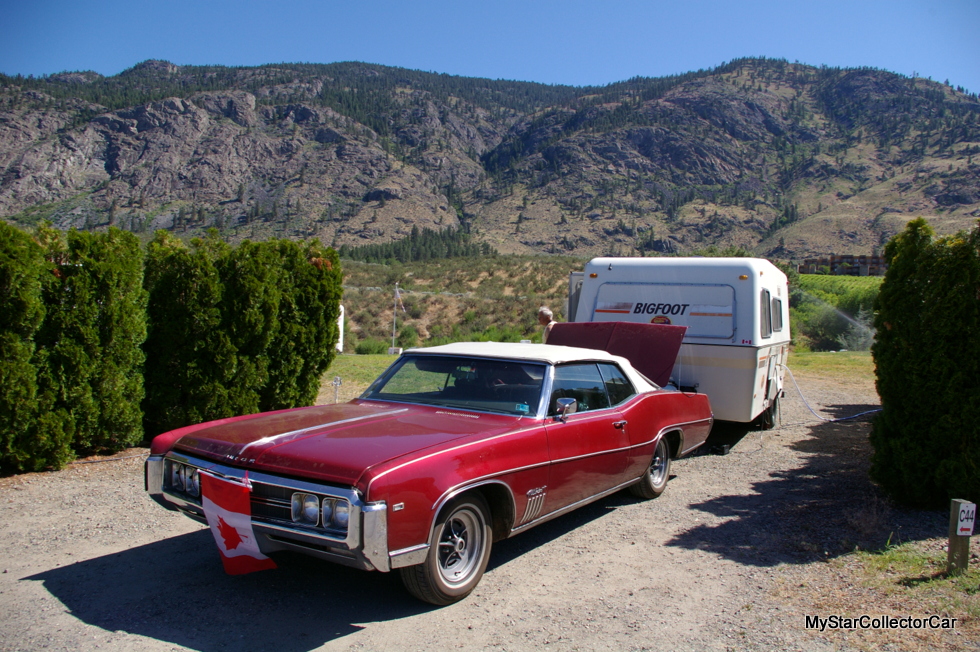 The Coast to Coast tour is a cross-country Canadian jaunt that has taken place every ten years since 1967, the year Canada turned 100 years old.

Canada turned 150 years old in 2017, so the Coast to Coasters decided to slice three years off the ten year cycle to coincide with the celebration.

Janice and Wayne Waddell were well aware of the 2017 tour and planned to be on the long round trip journey that would cover 4700 miles one way just to get to the other side of Canada. 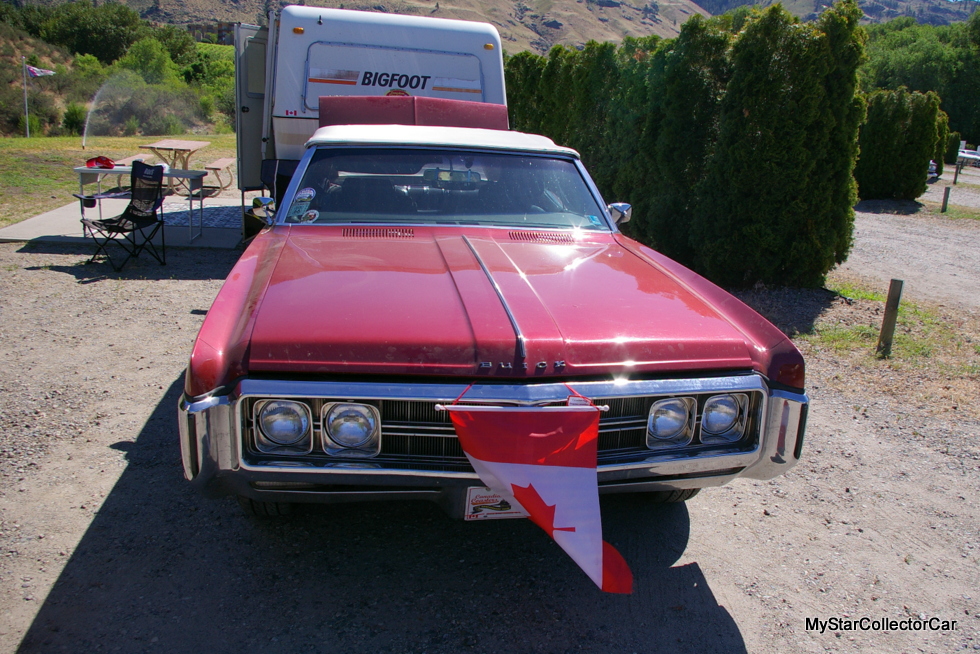 They bought a 1969 Buick Wildcat convertible about three years ago for the Coast to Coast tour and decided to take a test run from Chicago to Santa Monica, California down the world-famous Route 66.

The experiment went very well and Wayne recalled how the Buick was able to roll down the road at 80 mph when the local posted speed limit gave them the green light. 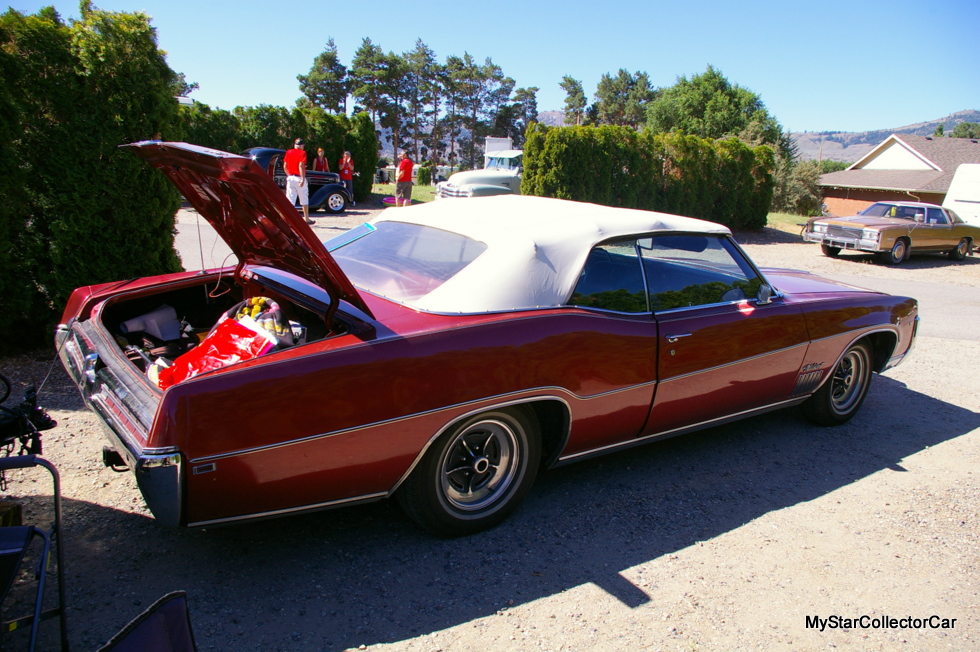 The Wildcat is a powerful tow vehicle and has a 430 cubic inch big block that delivers about 360 horsepower, according to Wayne. He has owned several cars that he felt were not ready to make a long trip towing a trailer behind them. 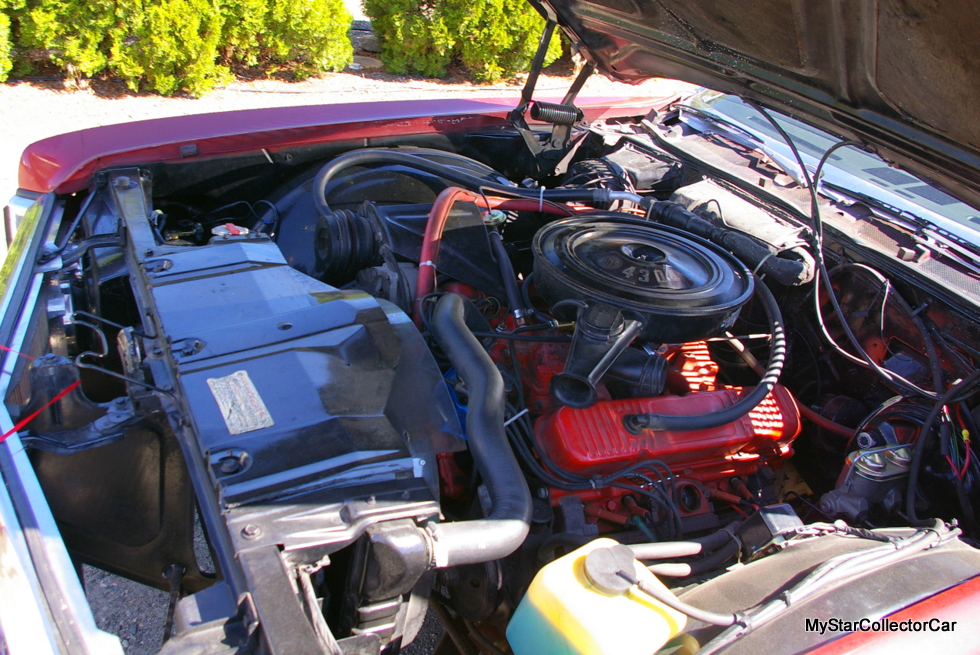 The vehicles “got a little warm”, in Wayne’s words, and overheated during operation. His Buick offered bigger horsepower on a relatively fresh power train because the convertible only had about 30,000 miles (50,000 km) on it when they bought it. Now the Buick has about 43,000 miles (72,000 km) on it, after a few years with Janice and Wayne. 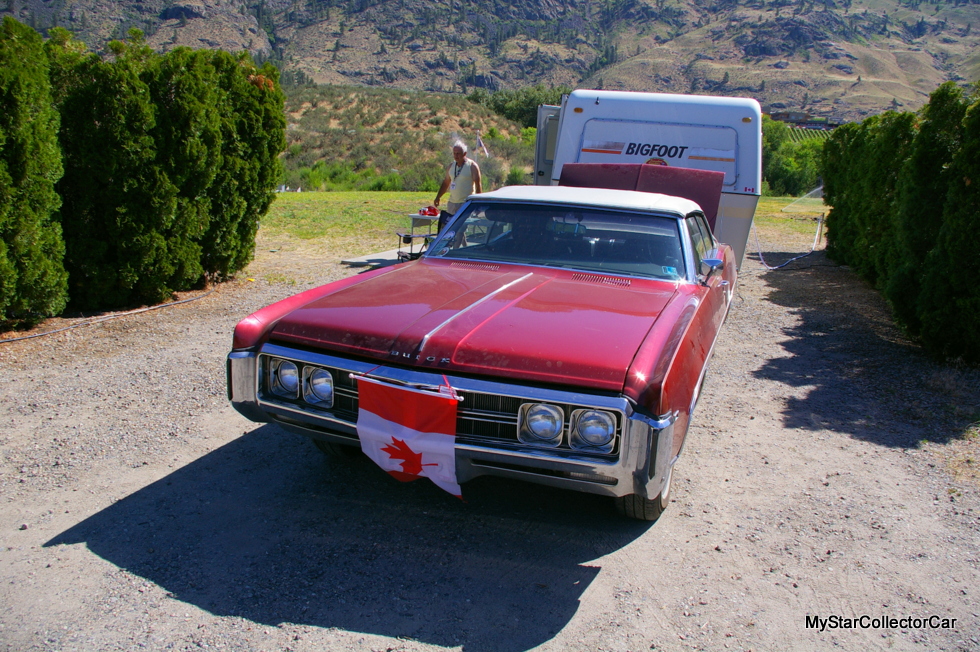 Wayne said that people have told him “No, it has to be 130,000 miles”, but he discovered oil change receipts that confirmed the Buick’s low mileage. He also discovered the Wildcat was taken off the road and stored outside in Pennsylvania for many years.

Wayne and Janice are towing a vintage 1982 Bigfoot trailer behind the Buick and they do not push their luck with the situation. Wayne said they drive at about 55 mph (90 km/h) with the trailer, although they can hit 65 mph (105 km/h) with the car/trailer combination when the Buick is pushed a bit. 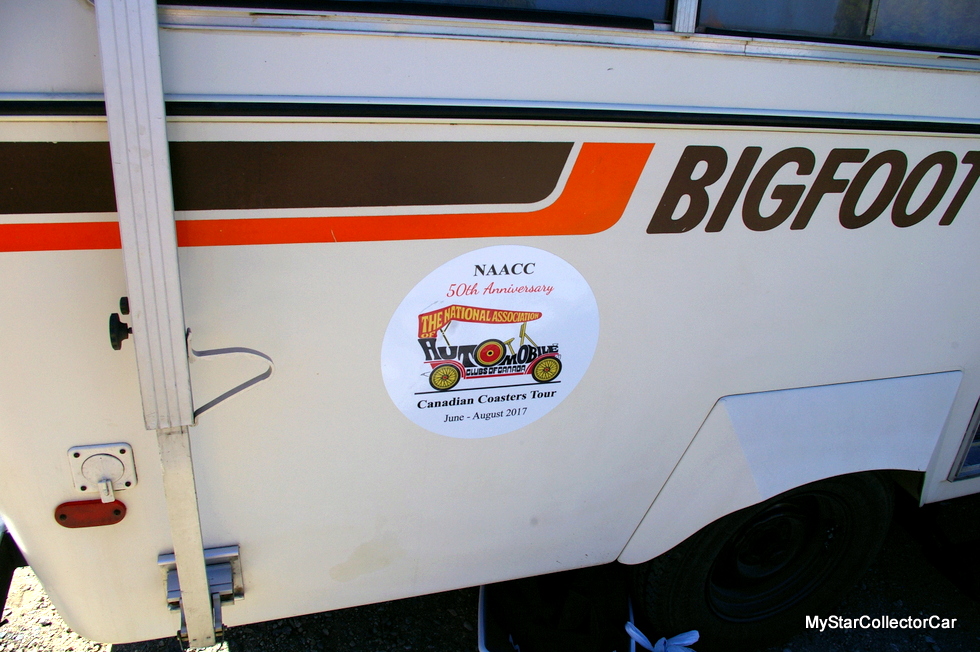 However, the Coast to Coast run is an endurance marathon, not a sprint, so the Buick will not be pushed beyond it limits along the way. Wayne intended to leave early in the morning in order to take advantage of the cooler conditions during the hot Canadian summers on their trip. 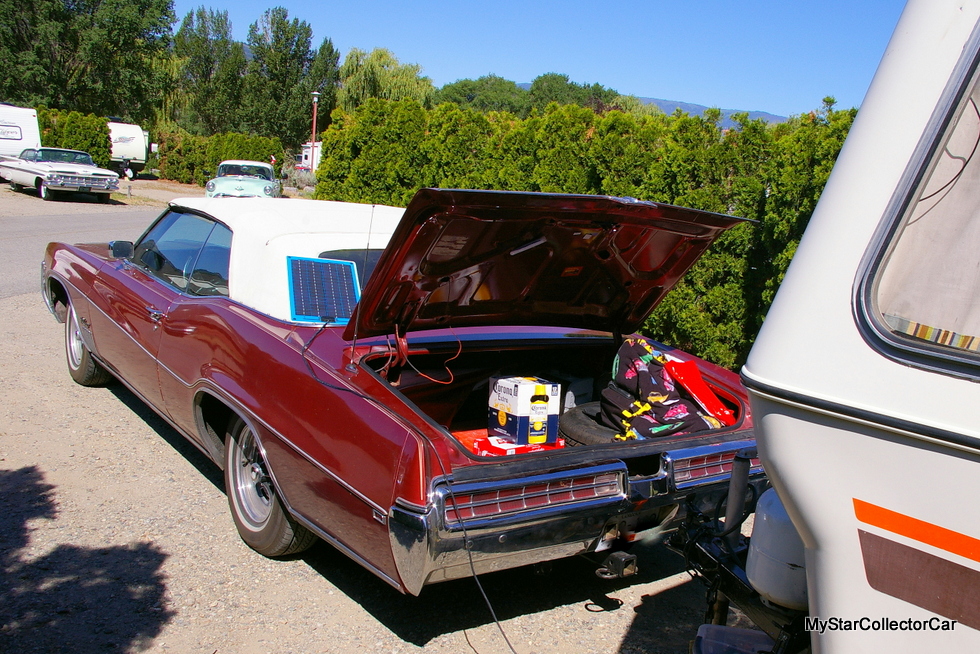 Cooler conditions do not include the factory air conditioning In the Buick because Wayne has never used it. He prefers the top-down cooling effect of the convertible and does not want to put extra strain on the car with use of the AC. 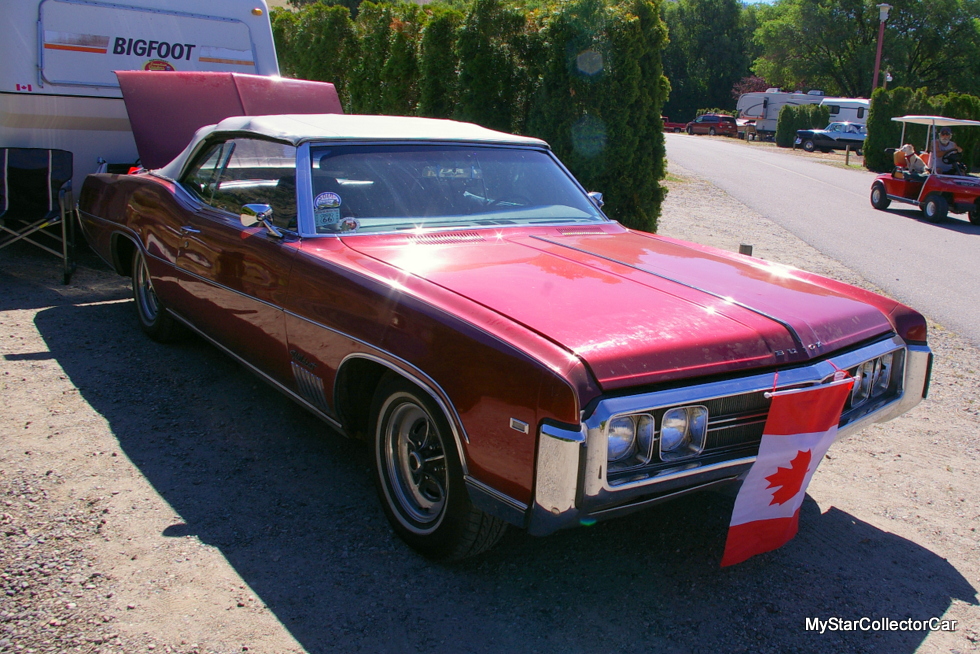 Wayne uses middle grade gas in his Buick and finds the 48-year-old convertible likes the upgrade on fuel.

MSCC will give the last word to Wayne when he explains his cross-Canada road adventure: “When I’m 85 and sitting in a rest home, I will be able to tell people about it”.