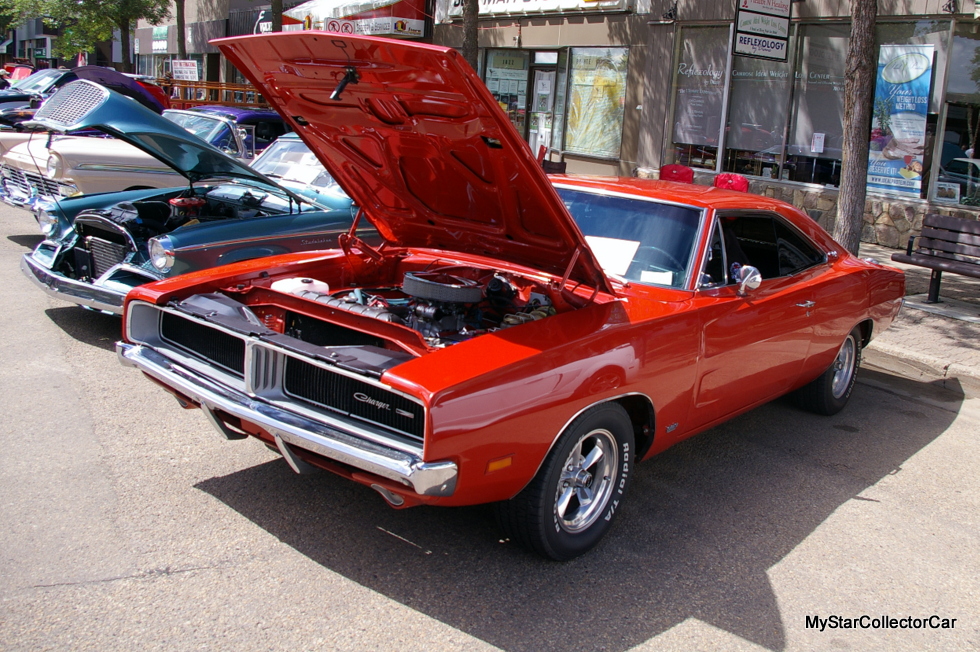 There is a story behind every car at a show.

We grade the stories based upon their worthiness on our 0-10 MSCC scale.

‘Zero is the low score and usually means the owner has little emotional or historical connection to the car.’

Zero means the current owner will have a temporary relationship with the car and may have bought the car on a whim while under the influence of alcohol. Or it may be simply be a soulless investment scheme mixed with a massive ego. 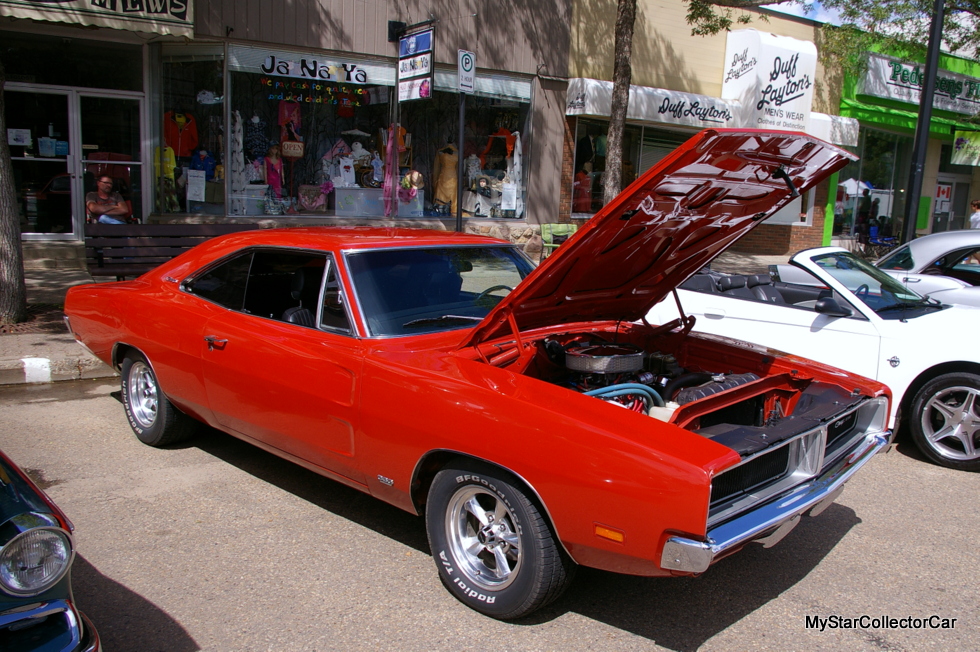 Ten means the owner is very connected to the car and is willing to do whatever it takes to keep the car in his or her life.

Roger Gaetz and his 1969 Dodge Charger are a definite 10 on the MSCC scale. His Charger was purchased brand new by his uncle in ’69 and Roger became its second owner at 16 years old in the Eighties. 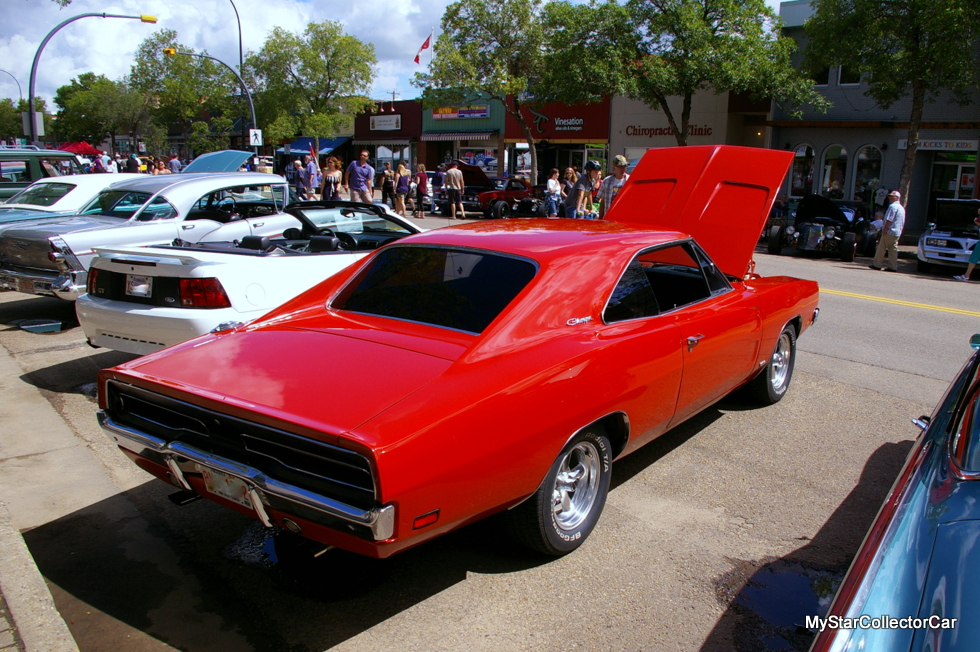 This story could have ended six months after Roger bought the car because it was a complete basket case. Roger said his car was a “chick magnet” for the short period of time it was on the road when he was in high school.

The repairs required by the Charger were well beyond the budget of a 16-year-old high school kid so Roger was forced to park the car in what he described as the “North 40 of the family farm”. 29 years would pass before Roger was able to bring his first car back on the road. 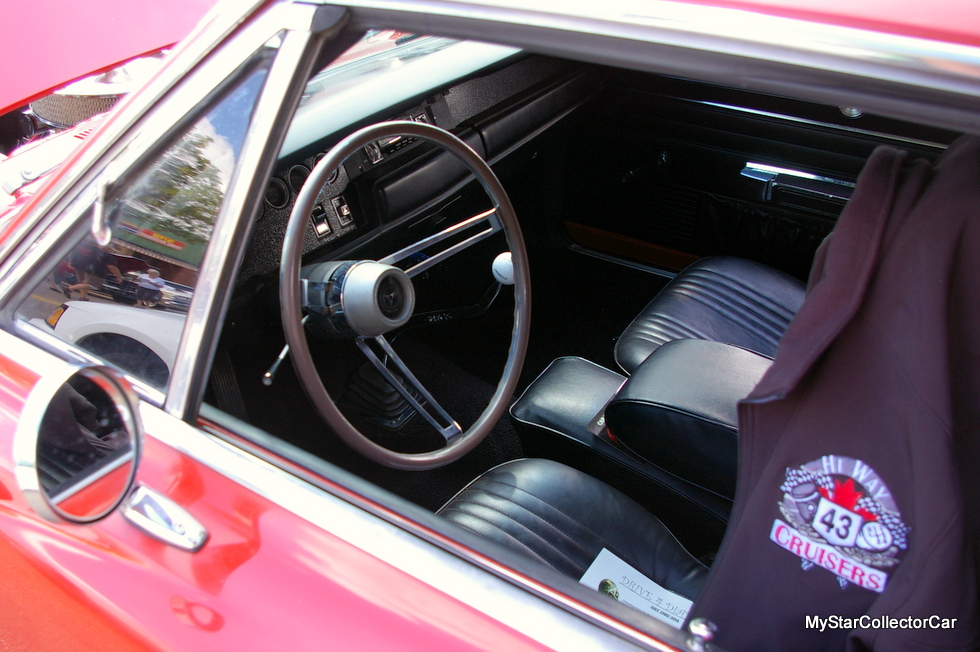 The Charger still has its original 383 engine and four-speed manual transmission. The rest of the car is mostly new because this car needed everything. Roger recited the list of original body components on the Charger because it was a much shorter list. 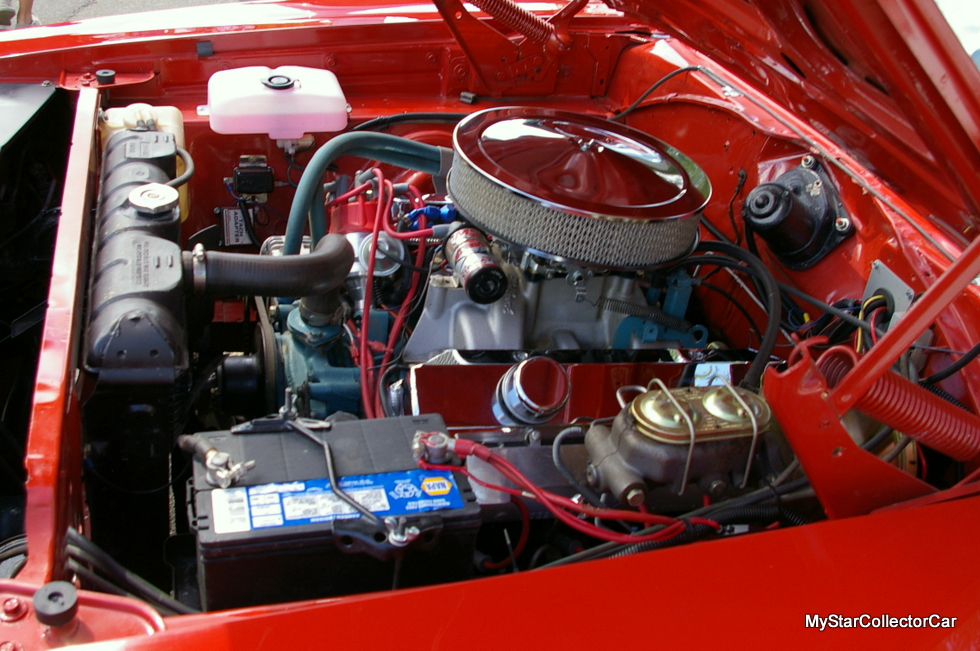 Even the roof required a massive amount of work because the original black vinyl roof on the Charger covered up a significant rust problem. Roger chose not to re-install a vinyl roof on his Charger because he liked the cleaner look without it. 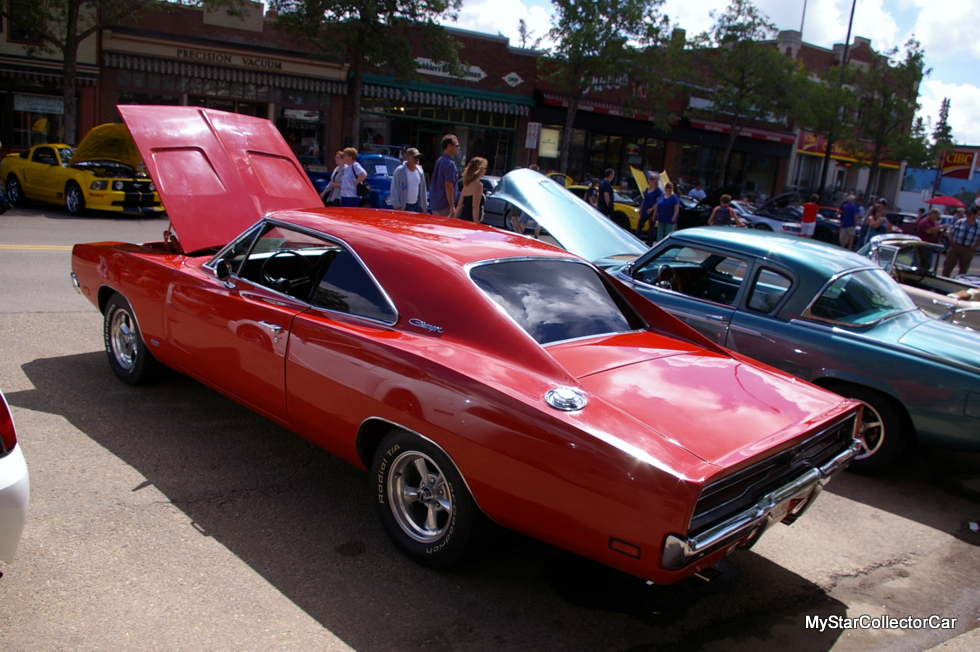 Needless to say, the resurrection of the Charger was a very expensive undertaking for Roger. His connection with the car was the primary reason behind his decision and there is not a red-blooded car guy in the world who would not do the same thing if they were lucky enough to be in Roger’s situation. 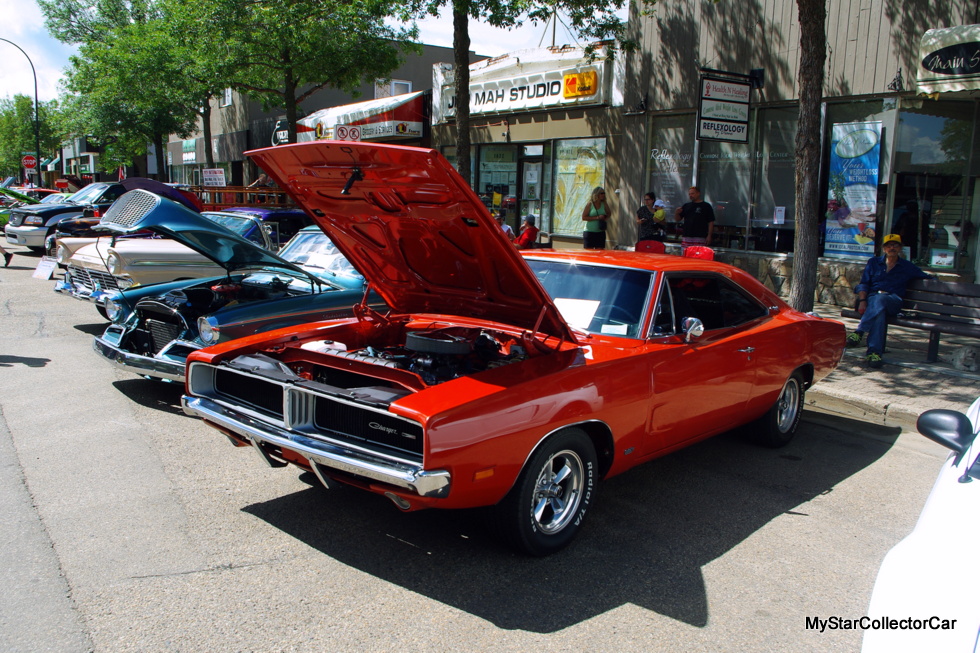 It was his first car and that makes it a very special car because every car guy will mourn the loss of their first car for the rest of their lives. 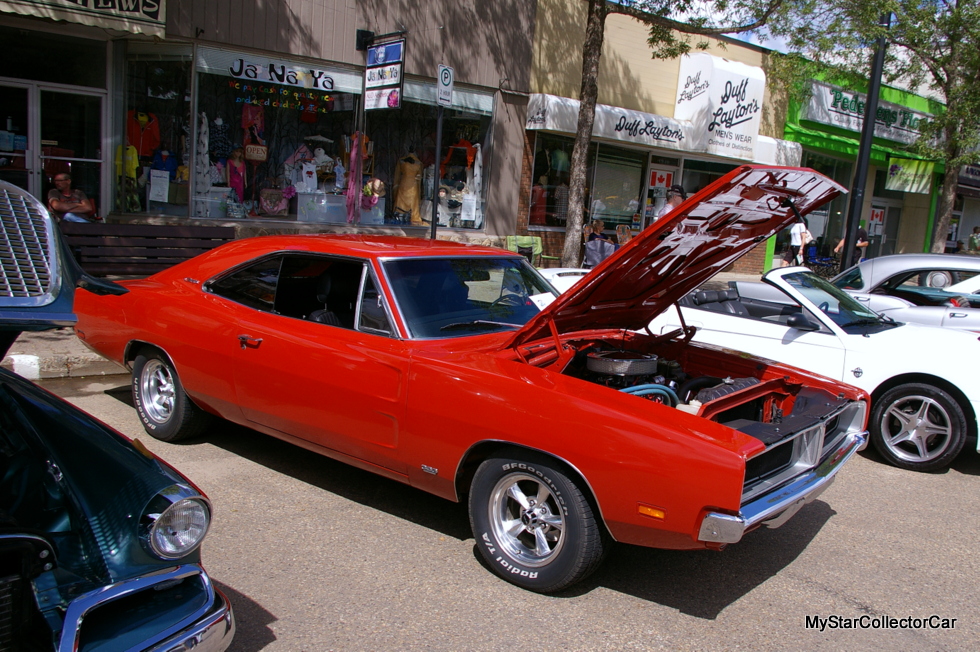 Roger got plenty of unsolicited advice when he decided to restore his Charger and a Dukes of Hazzard tribute car was a very popular idea with people who were not Roger. He saw no merit in that game plan because he was connected to the car by his own life story-not a vacuous TV show. 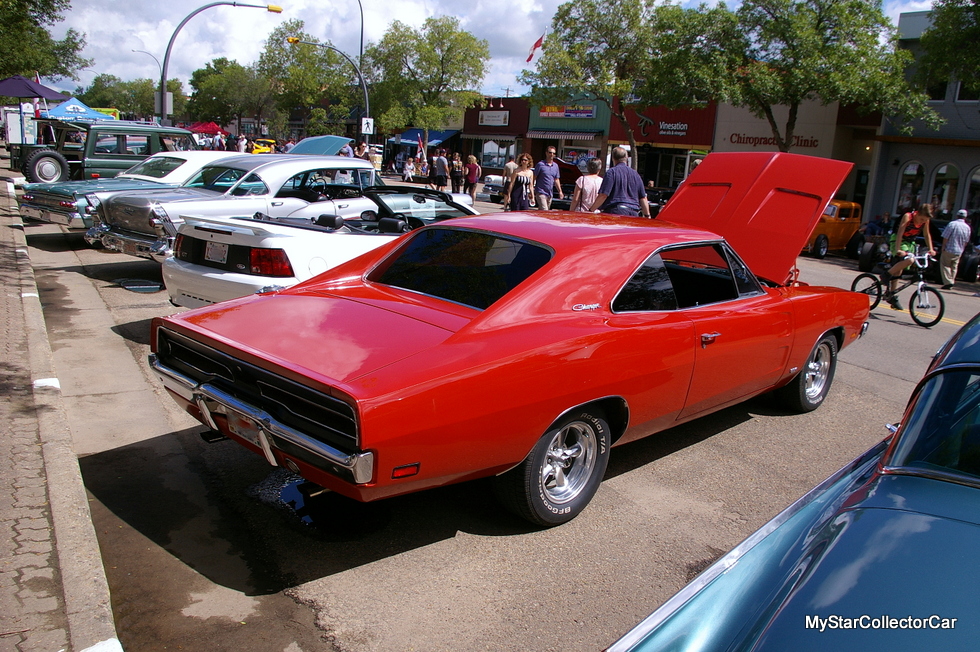 The happy ending in this story is the Charger is now back on the road and better than new. Roger was only able to drive the car for six months when he was 16.

Now he has the rest of his life.