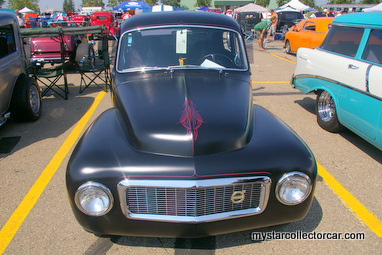 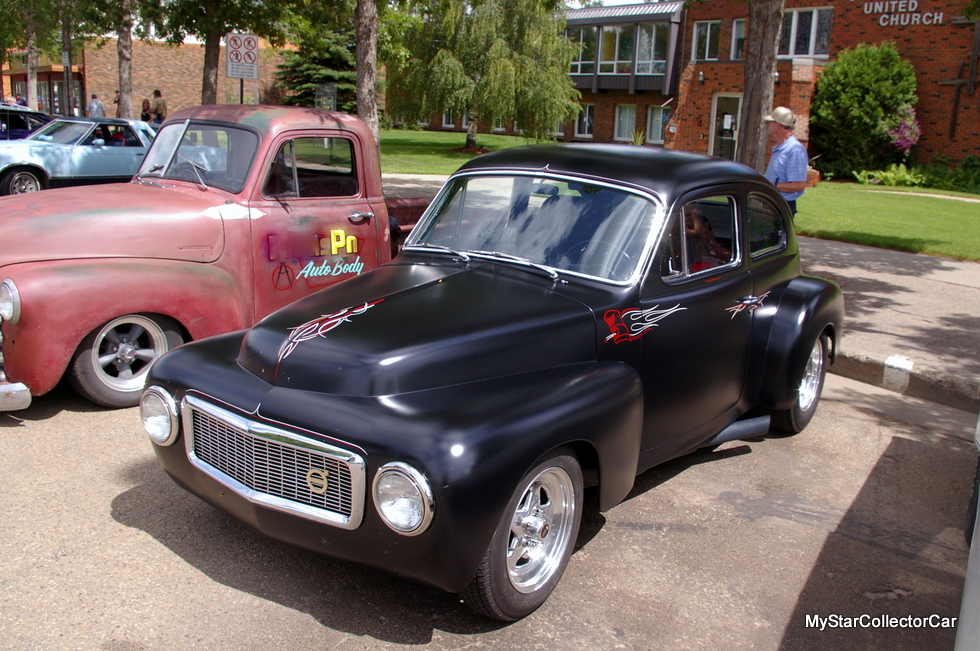 Les is not a rarity in car world-he’s a typical  get your hands dirty kind of guy.

The difference maker is the car he chose.

Most people don’t  think of this quirky looking Swede with the late 40s styling as a rat rod candidate but Les likes to operate outside the mainstream thought processes. 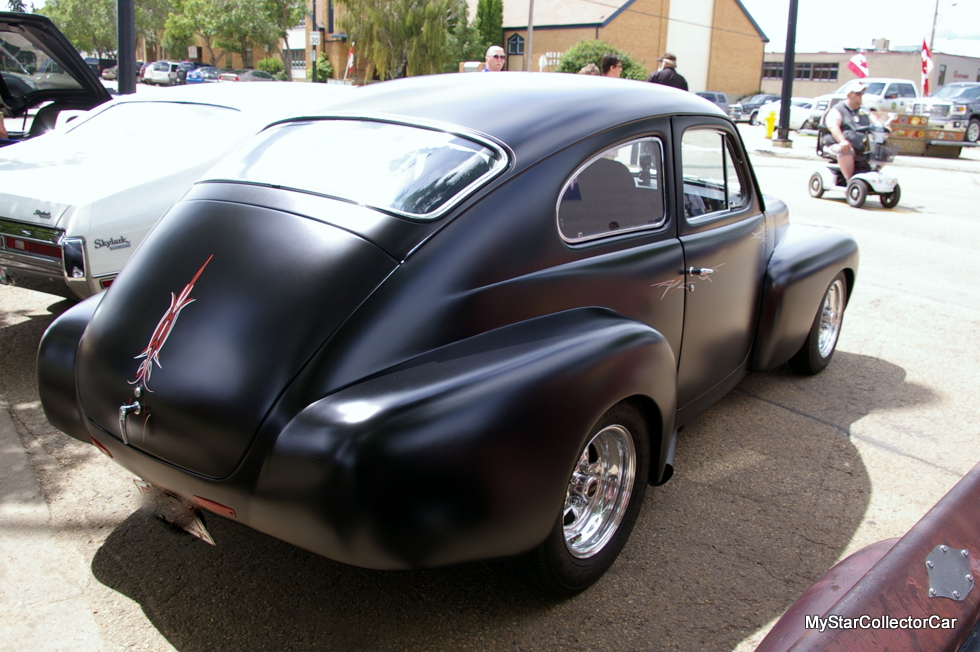 His theme? “Nobody does Volvos”.

This 544 was brought over to North America by a doctor from Switzerland in 1971 and it is registered as a 1966-very rare. Les saw something else in this Viking immigrant-he saw a platform for a mean and nasty sleeper. A Swedish wolf in sheep’s clothing. 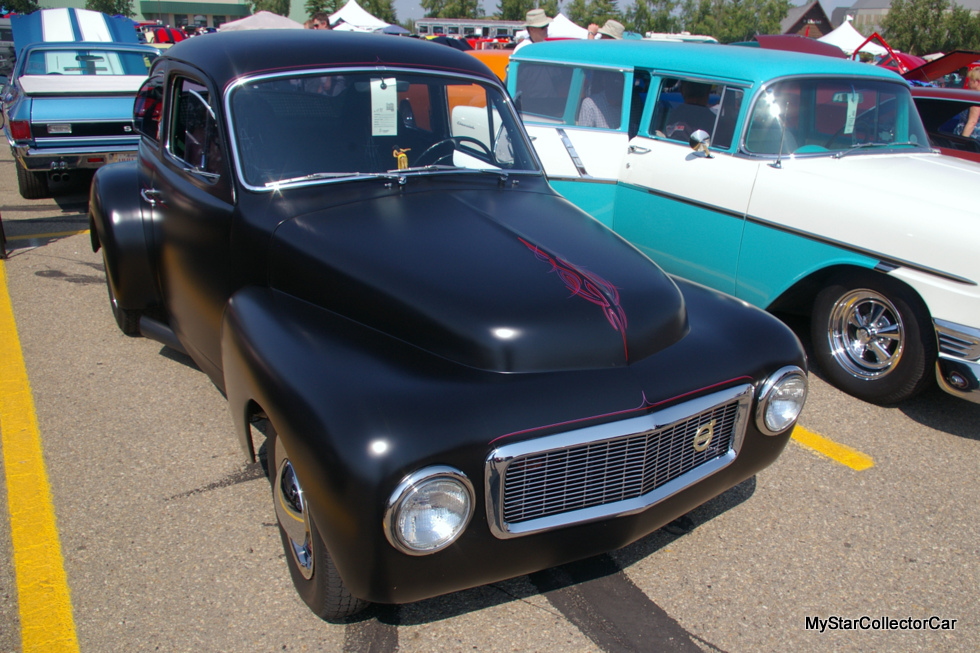 Volvos of this vintage were known for solid performance, safety features and bulletproof drive trains. In fact, Volvo purists might wonder what happened to the original B18 4-cylinder that came with the 544.

The bulletproof original Swedish heart was installed in a boat 16 years ago and has been running like a clock since then. 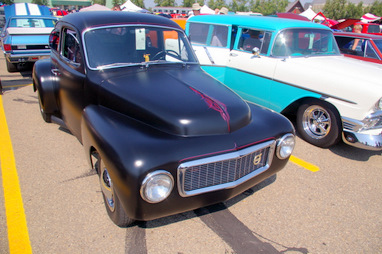 Les is a young guy with an old school hot-rodders heart so he went to the basic “do it on a budget and make scavenged parts work” plan. He didn’t write this playbook-that was done about 7 decades ago but he sure knows the game. 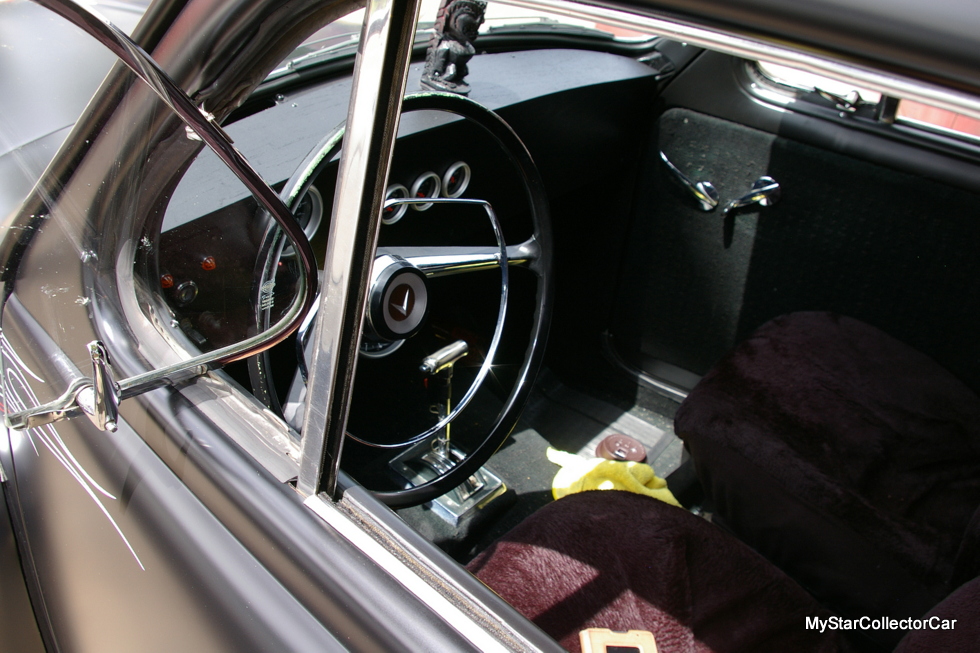 He’s proud of the $20.00 interior and the custom headers that were built for a case of beer. 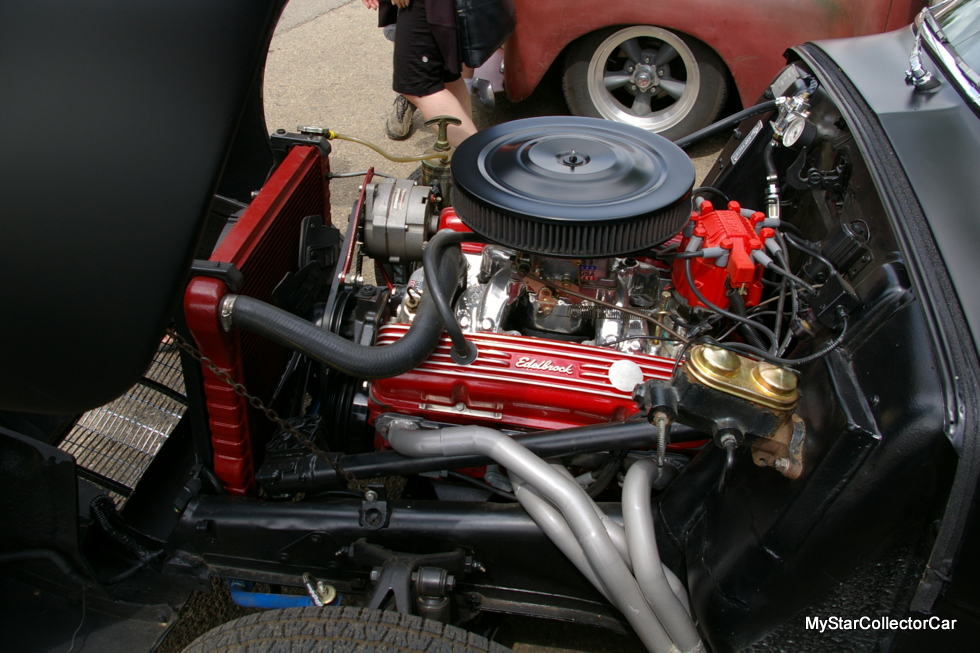 The 544 had typical rust issues so Les built up the unibody to handle the extra torque after some basic repairs plus he stripped the trim in typical rat rod style-with the exception of the classic vintage Volvo badges. Les likes to “drive the wheels off” his 544 on steroids and he still has faith in the standard drum brakes because rat rod guys like to live on the edge- Les is definitely true to that school.

The car has traction issues-544s are so light at the back that two reasonably sturdy guys can lift the wheels off the ground. Les burns up a lot of secondhand tires in his quest for speed.  Why trash new rubber when the whole project came in under budget? 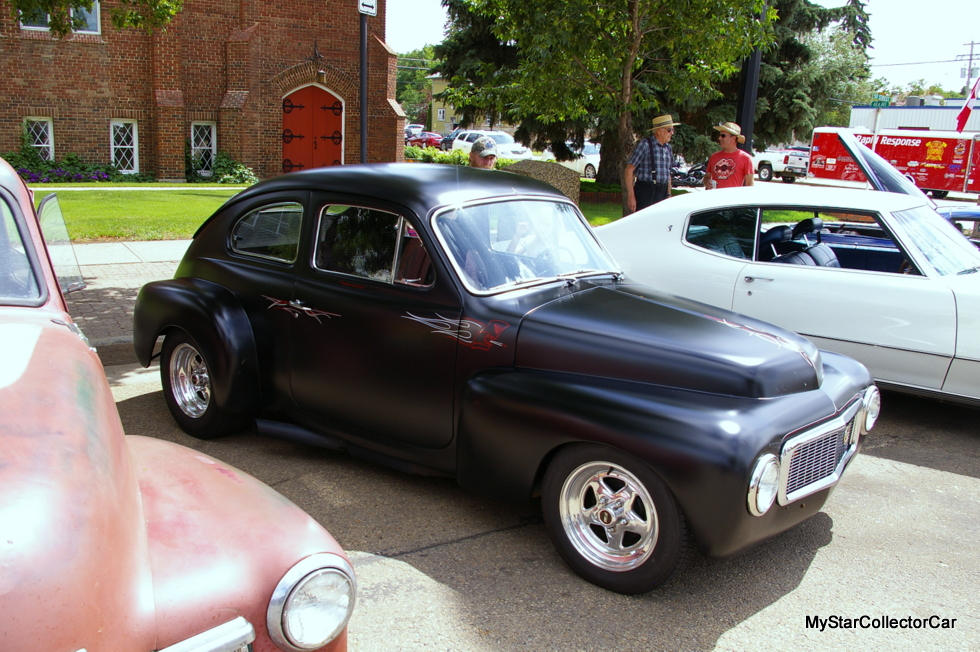 Les has taken the cute out of this Volvo in a big way-that loud American V8, stripped down look and menacing flat black paint took this car from neutral to scary in a big way. 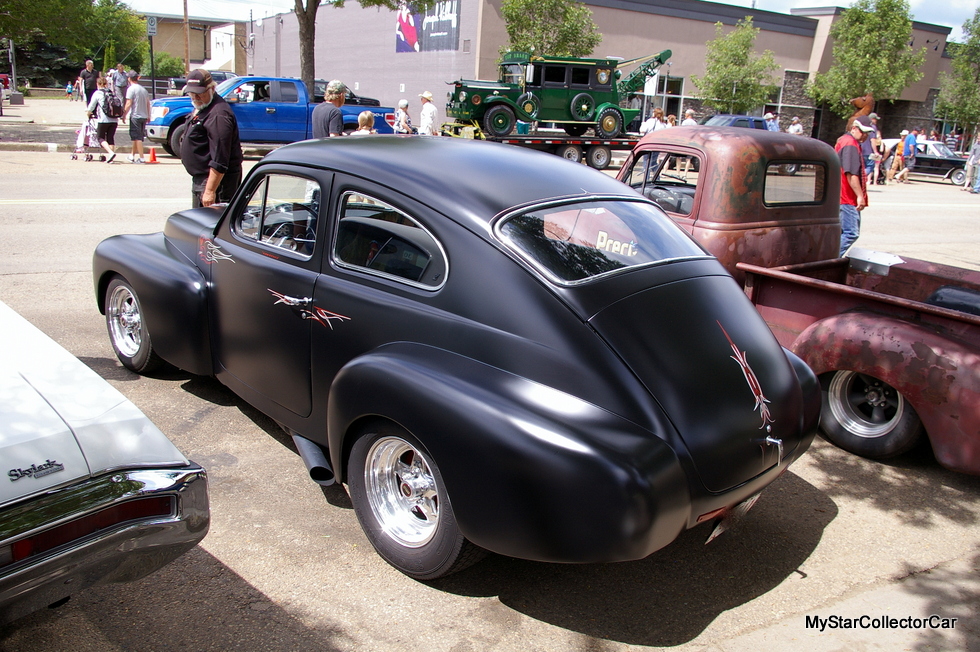 ‘Mission accomplished for the young guy-this Swede has a take no prisoners Viking attitude.’

Many more MSCC car stories can be found at –https://www.mystarcollectorcar.com/2-features/stories.html