PBS has always been a great source of information about history, science and current events.

Occasionally PBS will do a great rock and roll reunion show and they are the definitive source for classic Sinatra concert video.

Recently PBS did a documentary on the history of the Packard Motor Car Company and the program was done like the car company built cars-with class and style.

Most automotive enthusiasts are well aware of the recent spike in brand name extinction-Plymouth, Pontiac, Oldsmobile and Mercury all disappeared in just over a decade.

Before that, names like Rambler, Studebaker, Hudson, DeSoto and Nash disappeared overnight.

Those names represented mainstream cars for mainstream buyers but in the same era, an iconic brand became extinct. 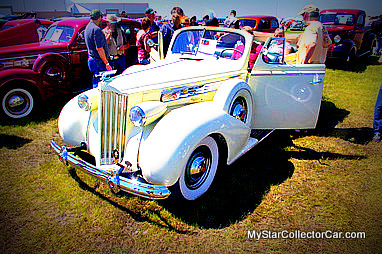 Packard had been building cars since 1899 and early on they decided to appeal to the upper end buyer.

They wanted to make a statement about their quality-PBS pointed out that a Packard was the 2nd car to cross the United States, it covered more miles in less time and it did so with incredible reliability.

Packard wanted to set the bar high for its buyers and it was so confident in its product that its ad copy read “Packard-Ask The Man Who Owns One”.

According to the PBS documentary, Clark Gable got rid of his rare Packard because he was tired of female fans jumping on his running boards. The next owner was Errol Flynn and history shows that he liked that concept. 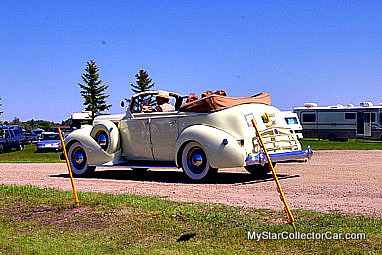 Packards were the high water mark for Hollywood royalty and stars like Bob Hope, Gene Autry, Gable and Flynn bought Packards because they wanted the best.

Businesses live and die on supply and demand and the Great Depression had a profound influence on the luxury car maker.

The customer base evaporated overnight-as the stock market plunged so did Packard sales. The PBS program focused on Packard’s strong survival instinct by pointing out the luxury car builder’s shift to the mainstream buyer.

Suddenly a Chevrolet customer could buy a very affordable Packard. This shift nearly inspired a civil war at Packard because they built car for people who inspired and employed the masses-not the masses themselves.

History shows that this decision saved Packard for several more years unlike its more intractable competitors like Duesenberg.

Packard thrived during World War II because they knew how to tweak the Rolls Royce Merlin aircraft engine to new levels that gave the Allies a huge advantage in the air.

Post war Packard history wasn’t so kind. PBS cited many reasons for the decline but the biggest factor was one that every business faces-cash flow. Despite that limitation Packard still managed to keep pace with the Big 3 in styling and engineering on an extremely limited budget. The same company that introduced air conditioning to the luxury car brought torsion bar suspension and push button transmissions to the 1950s automobile.

The last creation from Packard was the 1953 Caribbean. This was their signature car -it turned out to be their last signature car.

Packard died a slow death by asphyxiation when it merged with Studebaker and by 1958 the last Packard in name only became automotive history. 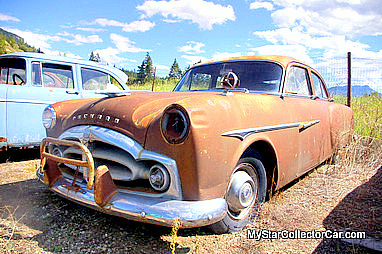 Ironically, I attend hundreds of car shows per year and so far I’ve seen less than five Packards. That’s a shame because this iconic name is like a United States economic history lesson embodied in a car. That makes the Packard Motor Car Company history very compelling because I try to absorb information about our automotive past by looking at these cars in person-not in a magazine.

Packards are definitely on my radar now but the PBS show was so well done that it made me miss something that I had never missed before-a 20th Century automotive legend.

Here are the links to our only Packard stories-https://www.mystarcollectorcar.com/2-features/stories/697-july-2010-a-1939-packard-super-8-sedan-convertible-finds-the-perfect-owners.html

ROBERT-“Another fine article Jerry. It brought back some great memories some funny ones too.

My great aunt lived in the big family homestead with her younger brother neither one ever married. She was a high school principal his only job was to drive his sister around in the big Packard. I remember it looking just like the black one in your piece. It’s kind of funny later on in life I recall people telling me they remember my aunt in her chauffeured big Packard. We got stuck having to go on ice cream runs in the 50’s with her on Sundays and I can remember thinking people were looking at us because our car was old and ugly.

It shows you how wrong you can be. Thanks