Hot rod comics were a fixture for kids back in the 1960s and 70s.They were a gateway to a world that we could only imagine-full of hot cars and hot babes.

These comics weren’t inked by the first stringers who penned Superman or Daredevil but the little car dramas on paper were absolute gold for kids who knew what 3 deuces or fuelies meant.

They were a gateway to a kinder, gentler era. 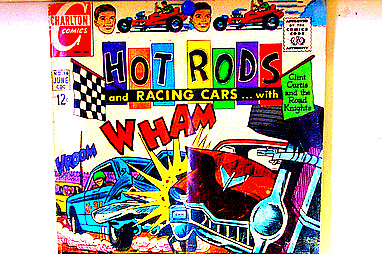 Hot rod comics were magic for apprentice car guys-even the ads took us to an incredible world where a ten year old could buy a 6 foot nuclear submarine for under 7 bucks or full sized glow in the dark skeleton for 2 bucks. 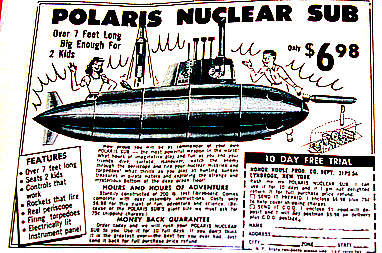 The 1960s were heady days for pre-teens and nothing in 2011 compares to the possibilities found in these incredible comic books. 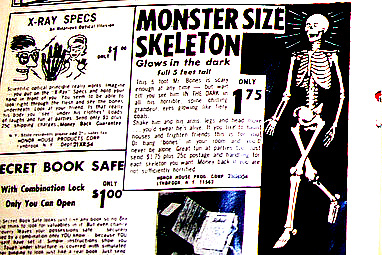 The drawings were crude at times-sometimes you really had to squint to see a SS396 in the panels but this was all about pure adventure-not scale models in 3D on a laptop.

Maybe the sound effects were a hokey “vroom vroom” when the cars took off – even as kids in the 60s we saw that as a little weak but we accepted it as part of the Hot Rod comic ambience. It was the 1960s-surround sound was decades away. 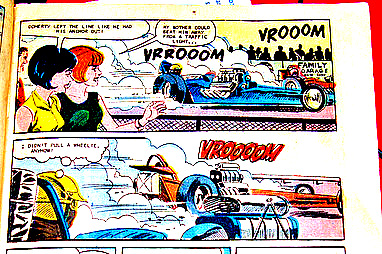 The plots were pretty basic. Typically a guy was shut down at a track so he lost face with his peers and the unforgiving babes-the track bunnies were merciless critics if you lost at the track

But in the end the good guy always won because it was the 60s…good guys always won. In this case, the good guys were always Clint Curtis and The Road Knights. They were role models that we envy to this day and Hot Rod comics pushed the positive on every page. 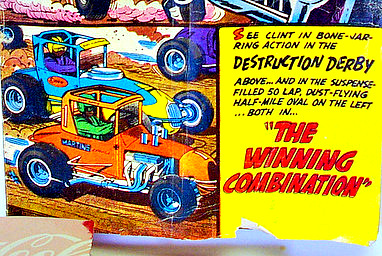 They even built in public service messages about street racing, “okay, so you’ve got a Ford Mustang Mach 1 goodie and you’ve gotta stomp the honker and prune somebody. Buddy! Don’t try it with the local fuzz!”. Loosely translated, this means don’t race the local police in your Mustang. 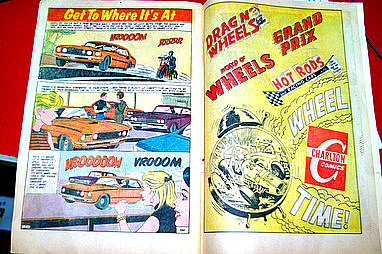 These comics were good wholesome entertainment in the 1960s and early 70s– a time when we were facing some serious changes in society. They were like Archie comics with high-powered muscle cars and they represented all that was good about the car culture.

Competition, fair play and hard work are all signatures of a very positive environment-even if the story is called Destruction Derby.

For more car stories that aren’t found in a comic book click here-https://www.mystarcollectorcar.com/

MSCC JUNE 28 STAR OF THE WEEK: THE CHALLENGE FOUND WITHIN...