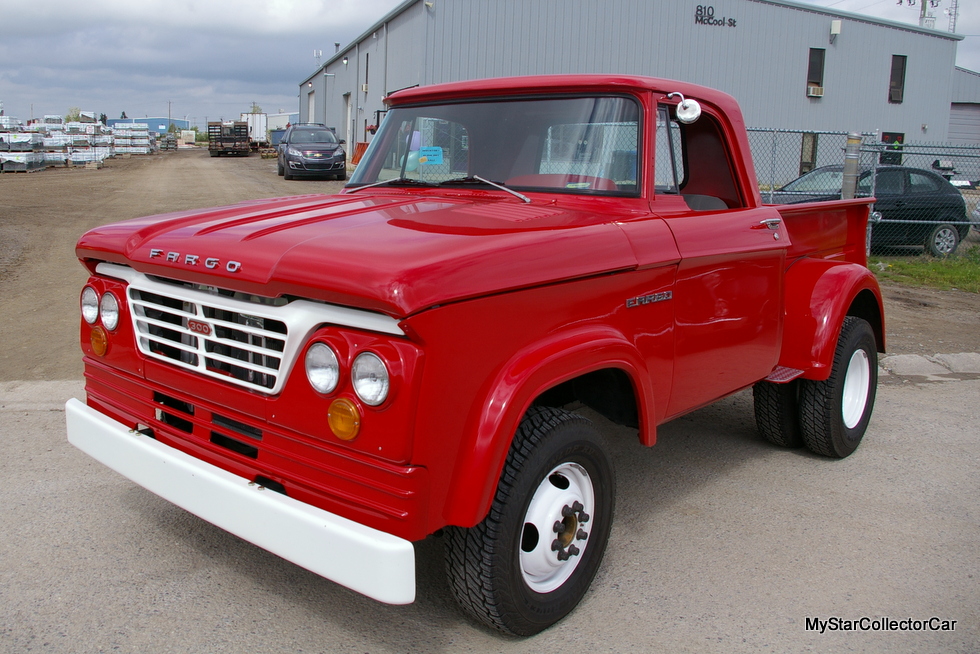 Will Stewart is the current owner of a 1964 Fargo 1-ton that has undergone a major transformation during his life.

Will’s grandfather was the first person in the Stewart clan to purchase the truck and he used it for hard work.

The truck had a flat deck on it because Will’s grandad wanted the Fargo to handle the tough jobs under his watch. 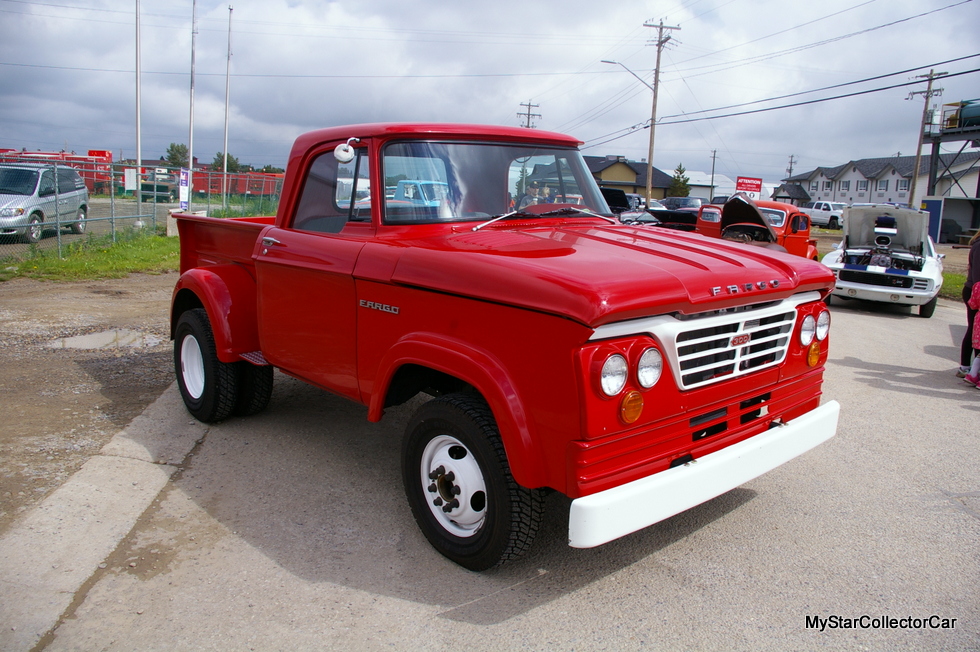 Will wanted to own the truck and approached his father about a sale when the truck was parked for about 15 years. His dad’s attachment to the Fargo was also deep-rooted and he was reluctant to sell the truck. 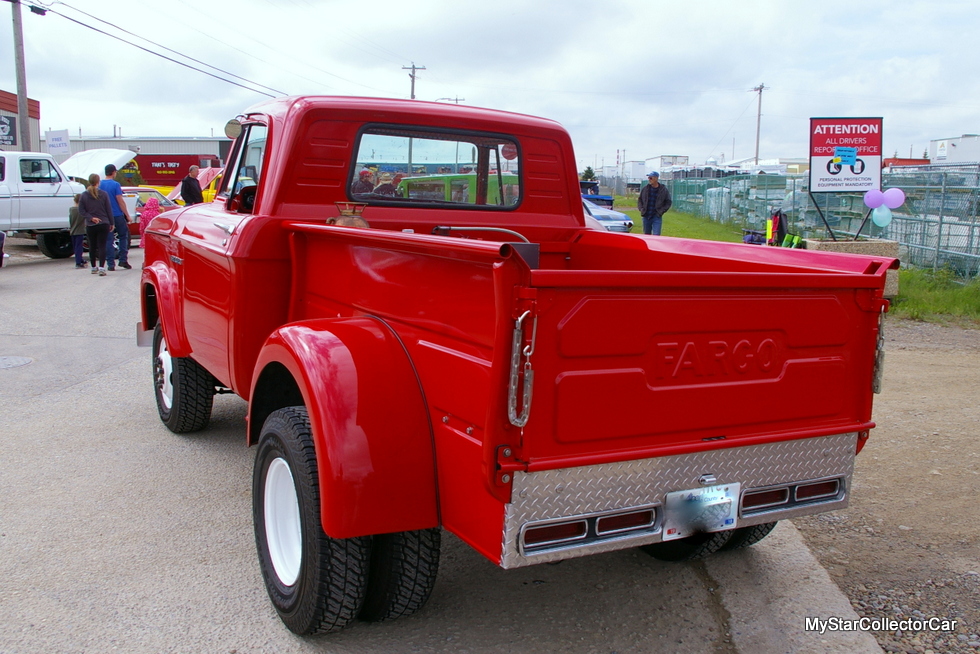 Eventually Will, “got him (his dad) on the right day and he finally said yes” to the idea about 7 years ago. Will mentioned he brought a trailer to get the truck right away before his father changed his mind.

The restoration process took place over the next 6 years and Will brought the truck back on the road a few years ago.

The truck’s flat deck was replaced by a stepside box that was modified into a short box because Will liked the style of the shorter box on his 1-ton. The Fargo tailgate also required some modifications to fit the new look on the Fargo. 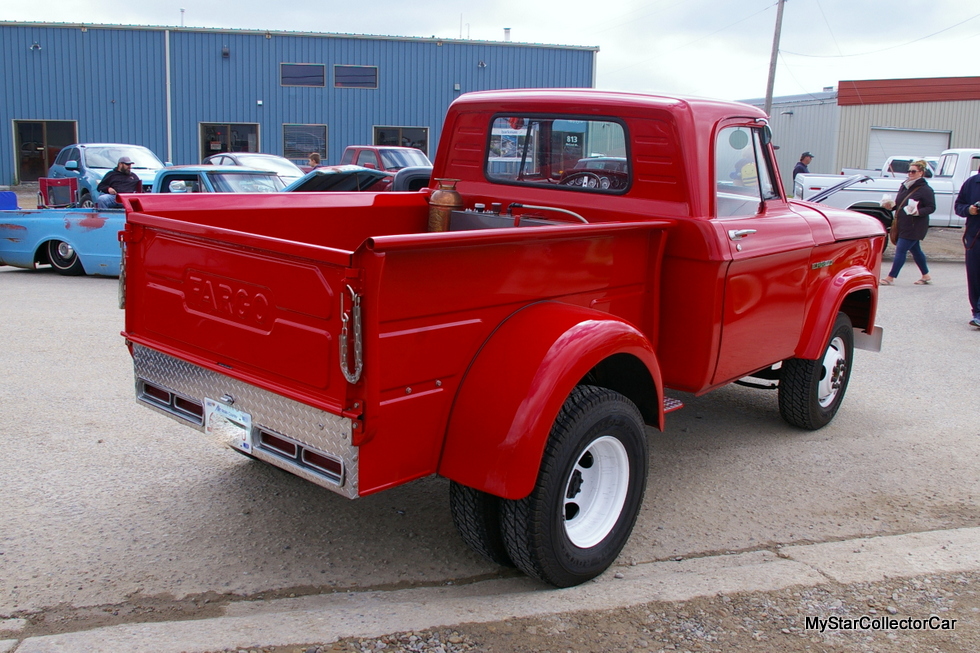 Will replaced the wood in the truck bed with walnut because he wanted to include both style and durability into the mix. 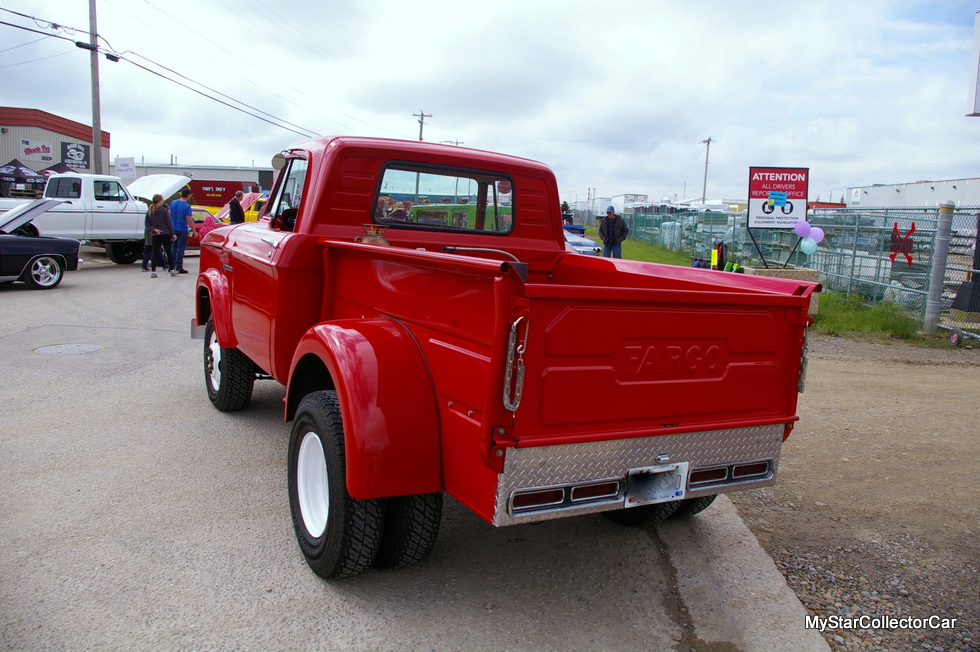 The Fargo’s bench seat was reupholstered and Will added a new set of gauges to the dashboard because the old ones were broken and less accurate; a situation that was not part of Will’s game plan for the Fargo. 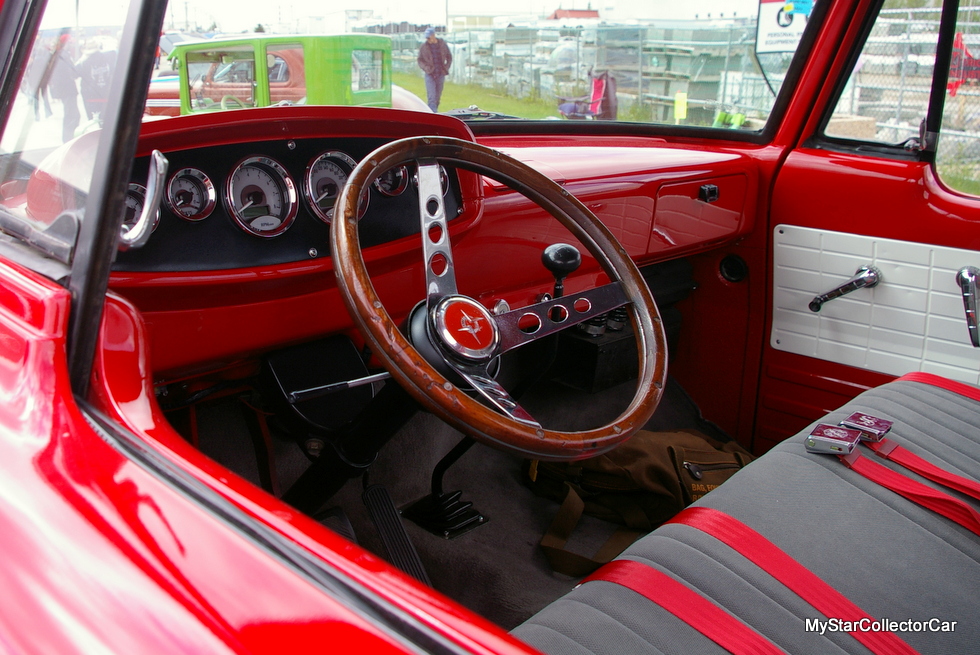 The truck also has an upgraded brake system that includes a dual master cylinder with a power boost and disc brakes on the front. The Fargo has ample room for the new brake system under the hood and now it sits right beside the original single master cylinder. 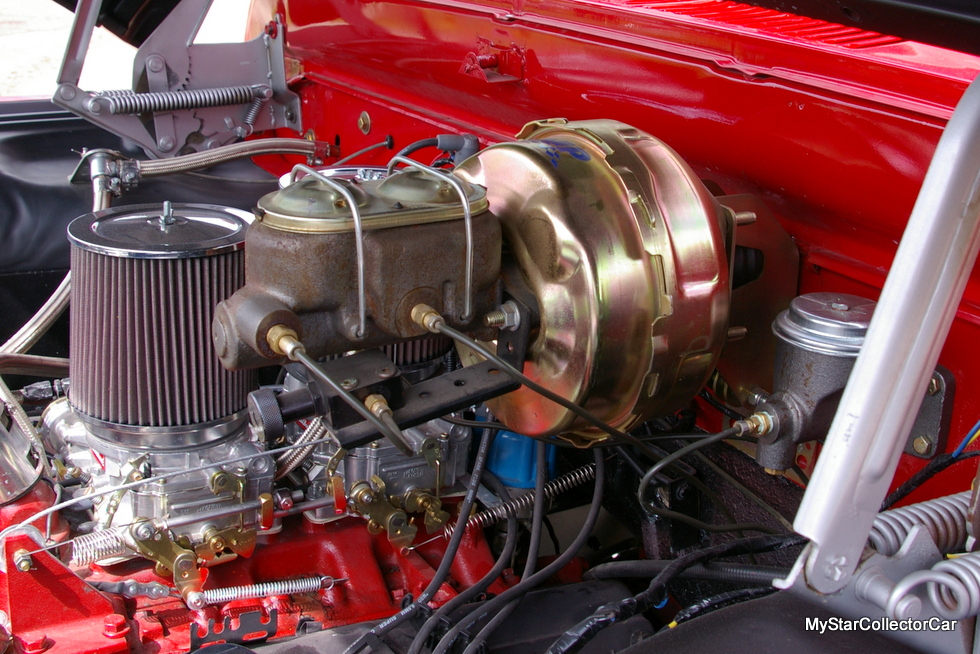 The Fargo still has its original “arm-strong” steering system, although Will had the steering box rebuilt and refurbished the other steering components on the Fargo. It still drives like a 56-year-old truck but Will likes the old school engineering on the ‘64 Fargo. 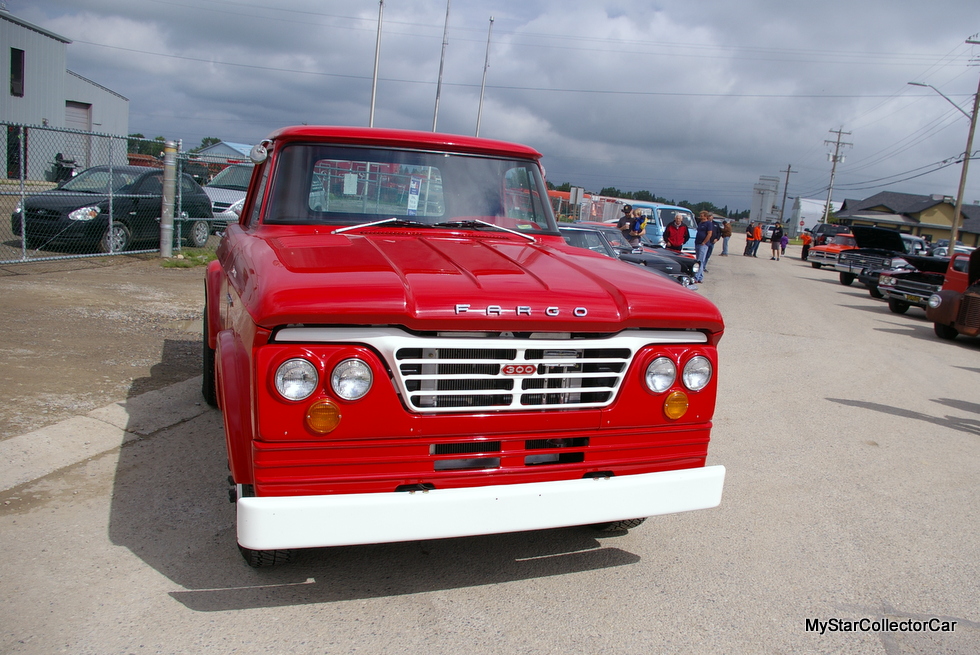 He also likes the truck’s original small block poly engine under the hood and the factory four-speed manual transmission hooked up to the Mopar engine. Will added a twin 4-barrel manifold donated by a vintage Plymouth Fury and the dual carb setup added some serious jump to the Fargo’s poly engine. 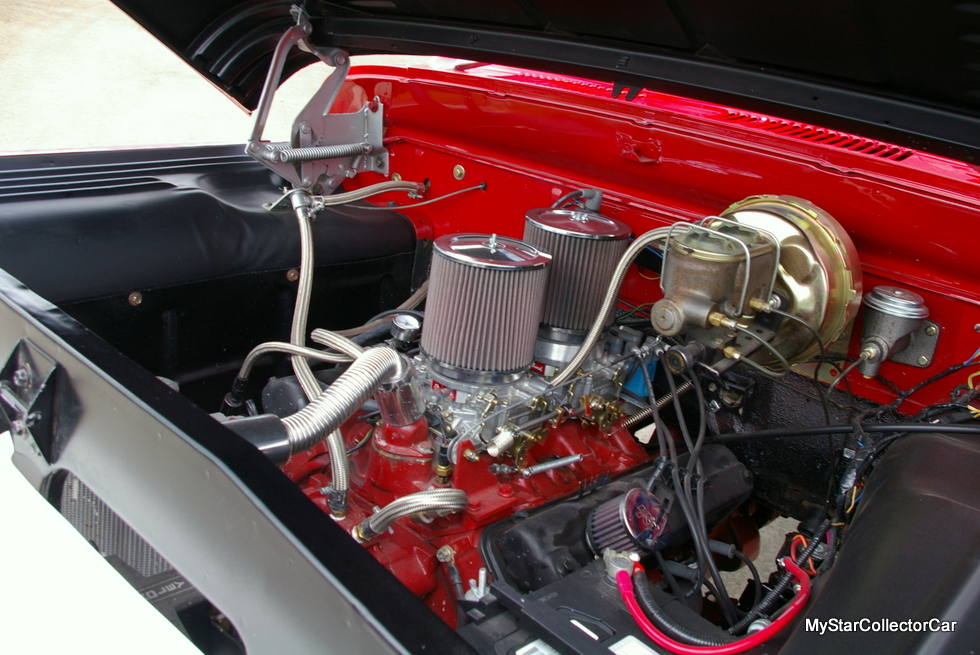 Will moved the gas tank from behind the seat and now has a fuel cell in the truck’s box. He also got rid of the filler cap on the cab of his Fargo.

It was clear this unique Canadian Mopar truck from a bygone era was still in good hands with its third generation in one family owner. Will likes to drive the truck at every opportunity during the summer months and is even willing to consider the odd winter excursion in it—if the road conditions are right. 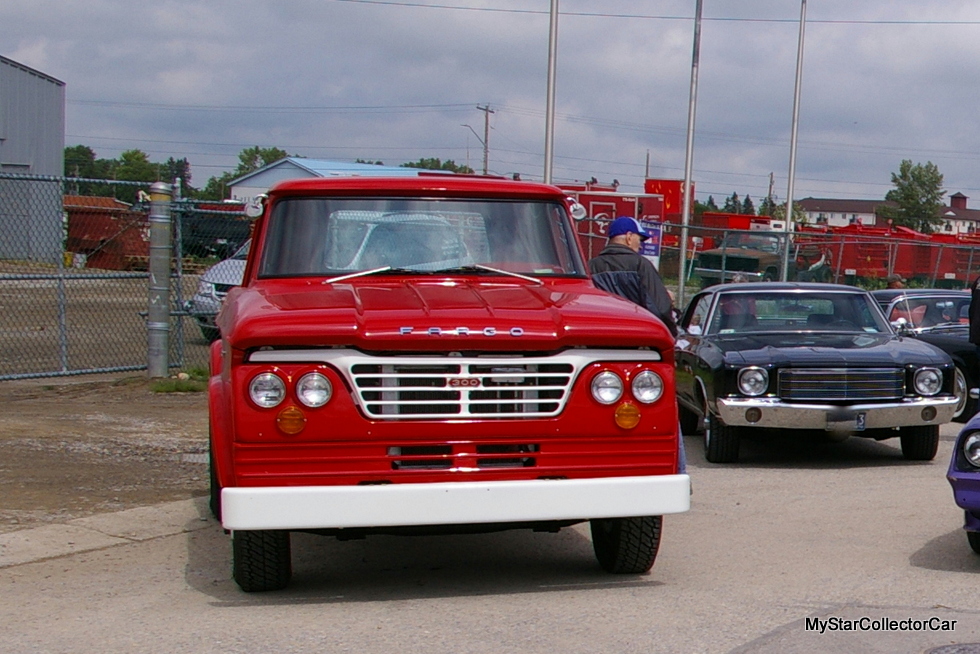 It’s always a trip down memory lane for Will because of its deep family roots with him.