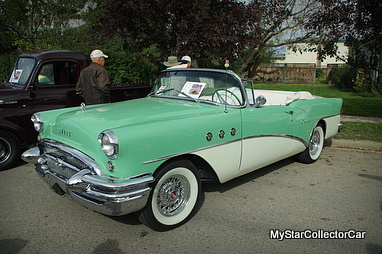 Gord Lucas is the proud owner of a ’55 Buick Special convertible because of a long-term friendship.

He is the new caretaker of a very unique car because of circumstances but the car speaks to the memory of a buddy.

The Buick is in good hands. 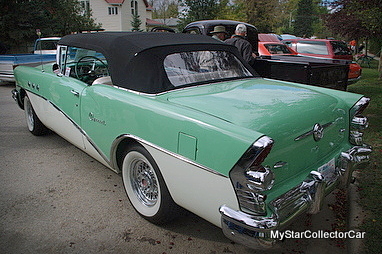 Gord explained the history of the Buick in his own words: “It was owned by a good buddy of mine. Cookie and I pipelined together for years and when he passed away the car was at the wake and his kids were wondering who would get the car”. 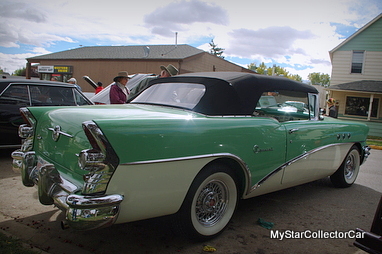 The Buick ended up in a hibernation mode as Gord explained, “The car actually sat for a year before I got it and after I did get it, he only had 120 miles on it and there are only 500 more miles on it since the restoration”. 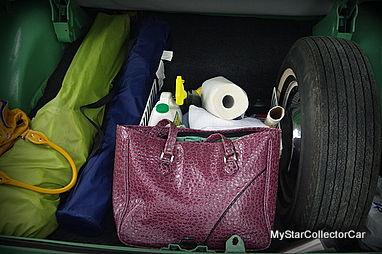 This car was a very big project as Gord recalled, “This was a big job and the car appraised at 80 K so that tells the level of the work. This was the last job for the guy who did it because he was retiring”.

Gord’s Buick reflects the quality of the work and the attention to detail: “This car had special paint so it flowed really nice. The paint was so good you didn’t even have to buff it. The bumpers are chromed to a number one level”. 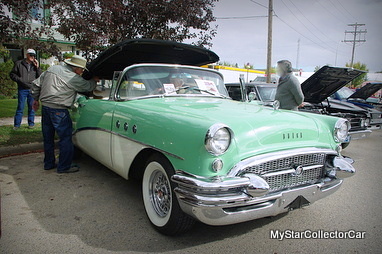 Buicks were an upper end car back in 1955 and this car reflects that attitude with its options: “There’s lots of options in this car and it’s got Kelsey-Hayes wheels. Everything is new including the dash”. 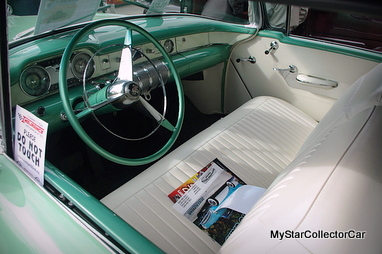 Gord has added his own unique option to the car, “I replaced the original radio (it’s still at home) with an MP3 player so I can hear my own tunes when I’m driving it”.

Despite the low number of miles on the Buick, Gord has developed a feel for the car in a relatively short period of time: “It runs really nice at 75 miles per hour, steers really nice, new windshield and it’s fine with the top down. I get lots of thumbs-up on the road “. 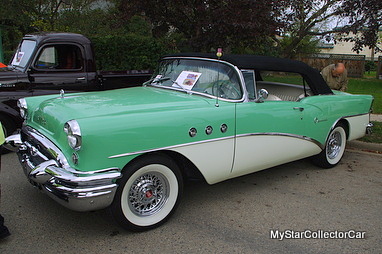 This Buick Special has already become a guest star at a few public events, “It’s been to a few shows plus it’s been in a few parades and it was the lead car on one of them because it carried the parade marshal”. 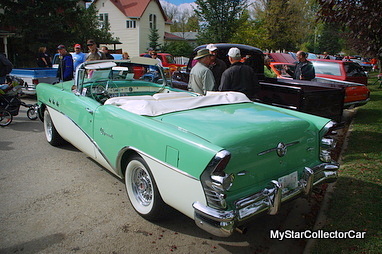 Parades are a serious test for old cars and this Buick passed the test with flying colors as Gord recalled: “There’s no problem with overheating and it runs on regular gas”. 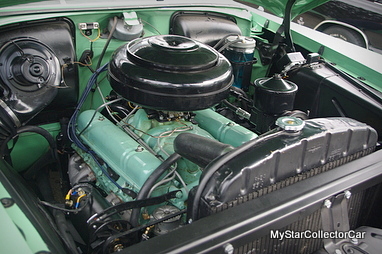 Gord admitted the car had a few other modifications, “There’s an alternator now plus they took out the points so now there’s a new electrical system in the car”. 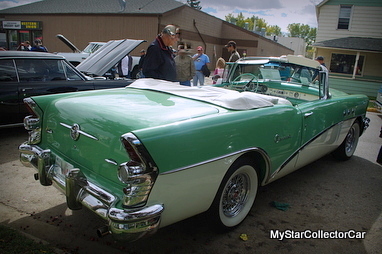 There is literally no end to the details on an old car and this Buick is no exception as Gord admitted, “There are a few things I want to do over so I’d like to fix them up over the winter”.

Gord has only one real goal for the car in the coming years and it’s one that real car guys understand.

“I just want to drive it more than I have”.

THE ROAD TO COMPLETE STUPIDITY IS PAVED WITH CRUSHED 1970 CHARGERS