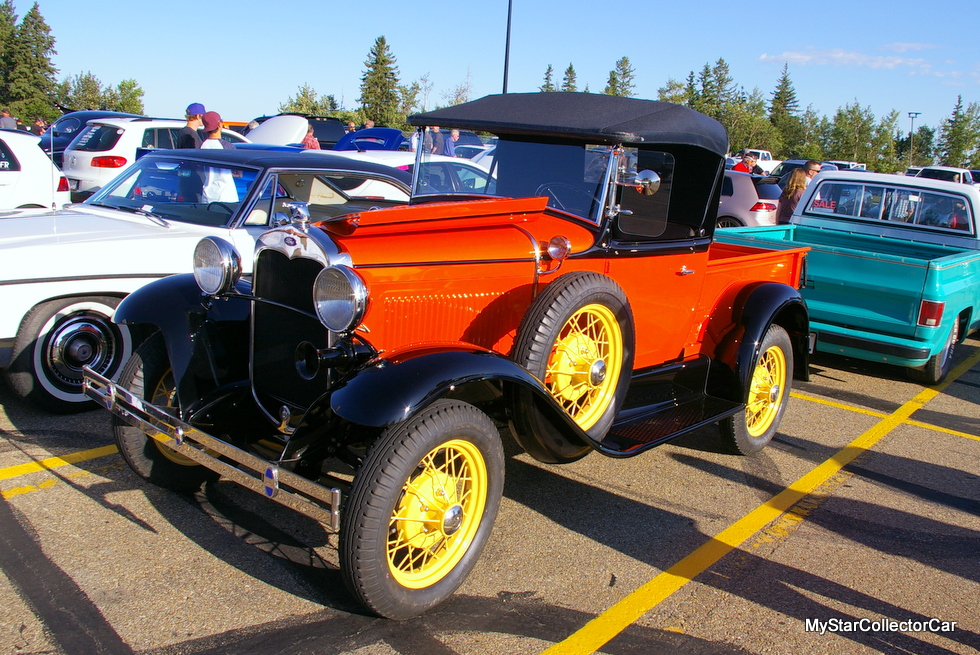 Al Behuncik is the proud owner (and restorer) of a 1930 Ford Model A roadster/pickup and wanted to acknowledge his truck is a “Made-After-June” model.

The label indicates his Model A was built after June 1st, 1930 and reflects the only style changes made to the famous Ford truck during its production run.

A roadster/pickup was an unusual blend of convertible and light truck produced by Ford during its early years, including the Model A versions. 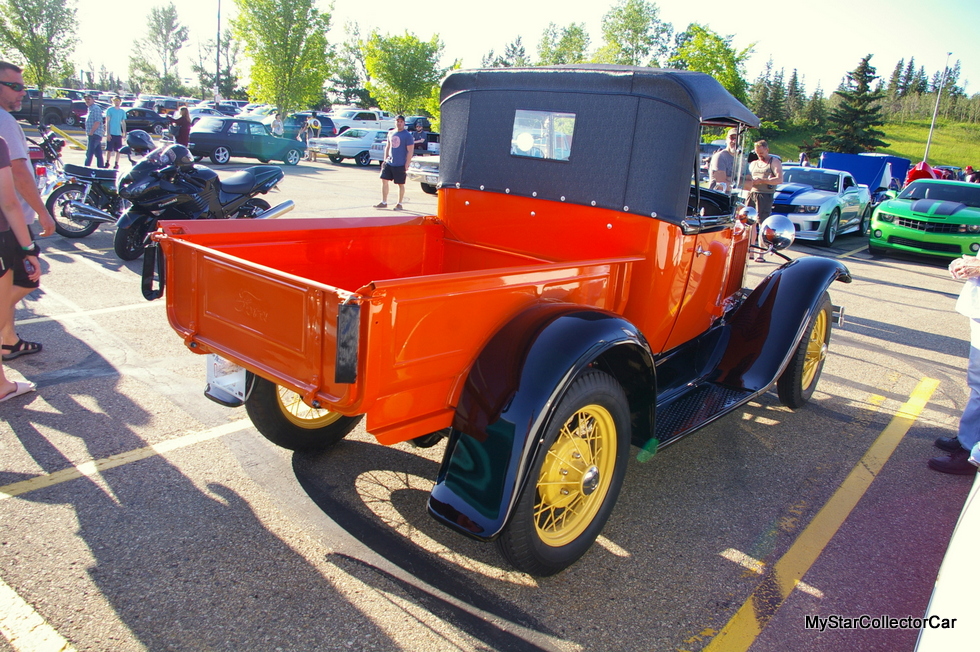 Al is a talented car guy who is also heavily involved in light helicopter manufacturing, as well as an accomplished pilot who has flown everything from F-104 Starfighters to his own choppers.

He became the owner of his Model A because Al has always liked them and was immersed in the early Fords when he was a kid. In fact, he bought a Model T when he was 15 and used the vehicle as a driver at a young age. 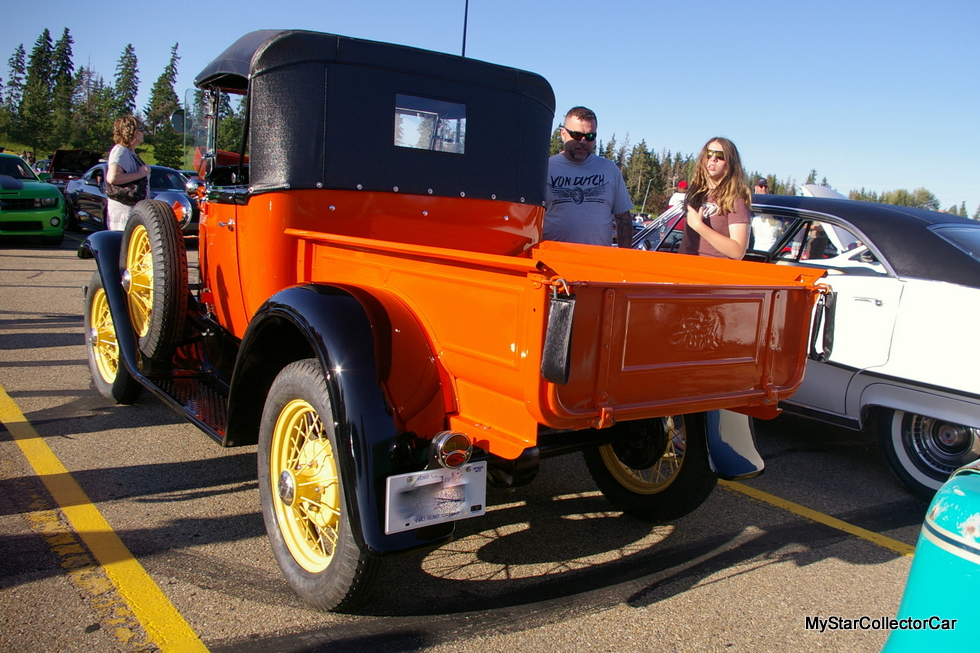 Al described his drop top truck as a commercial vehicle because it was designated as a working pickup that was built for hard labor. The truck was in rough shape when Al purchased it and required a great deal of work to resurrect it to factory condition. 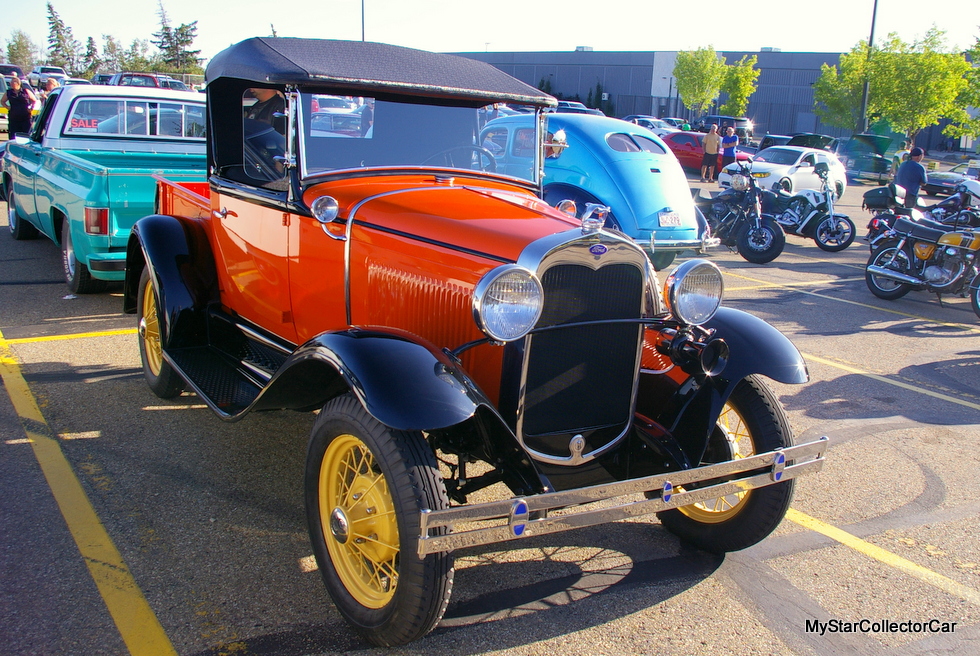 Al mentioned the truck’s box was the only “reasonable” part left on the Model A and it required a restoration to bring it back to his standards. He is a numbers guy so Al knew he had about 1800 hours in the Model A restoration, including an entire month devoted to welding and body work. 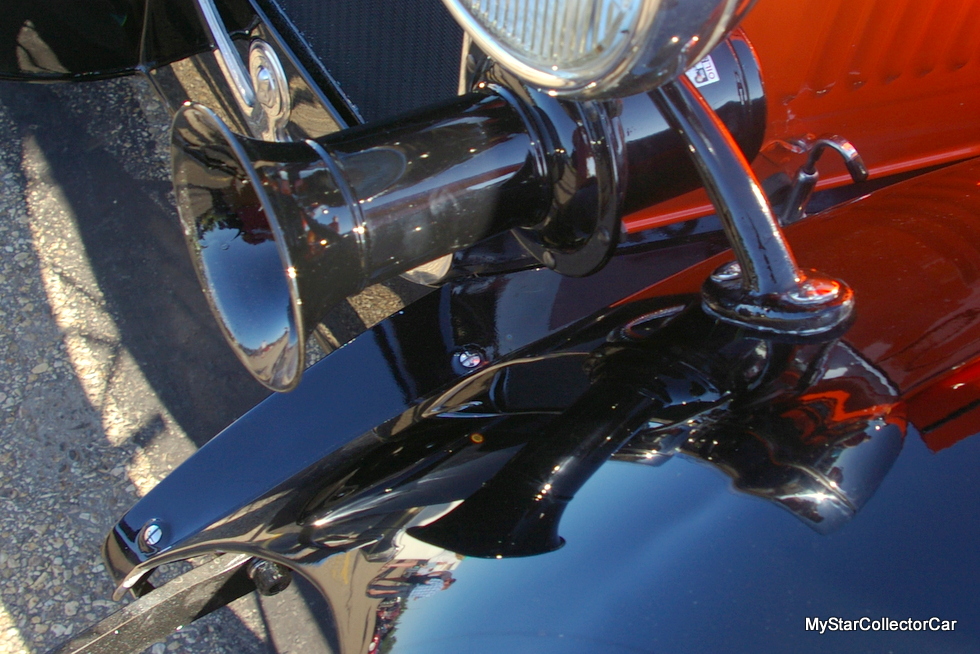 The refurbished truck now has a new oak bed that replaced the aging and deteriorated wood from the factory. One of the few upgrades from the factory look can be found in the stainless steel rails that help secure the bed in place because Al added the extra bling to them. The rails were painted at the factory, along with the square factory plate in the center of the truck bed that is also now stainless steel. 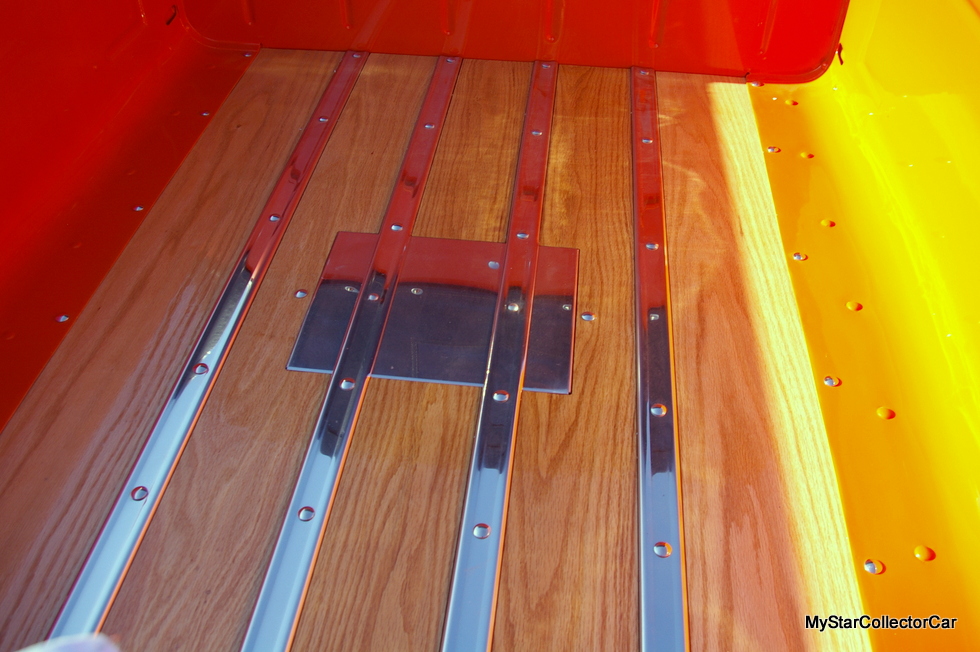 The small cosmetic upgrades on the truck enhance its overall appearance, but Al was heavily aligned with the factory-correct nature of his build during the Model A restoration. It still has its original four-cylinder flathead engine that churns out 42 horsepower, according to Al. 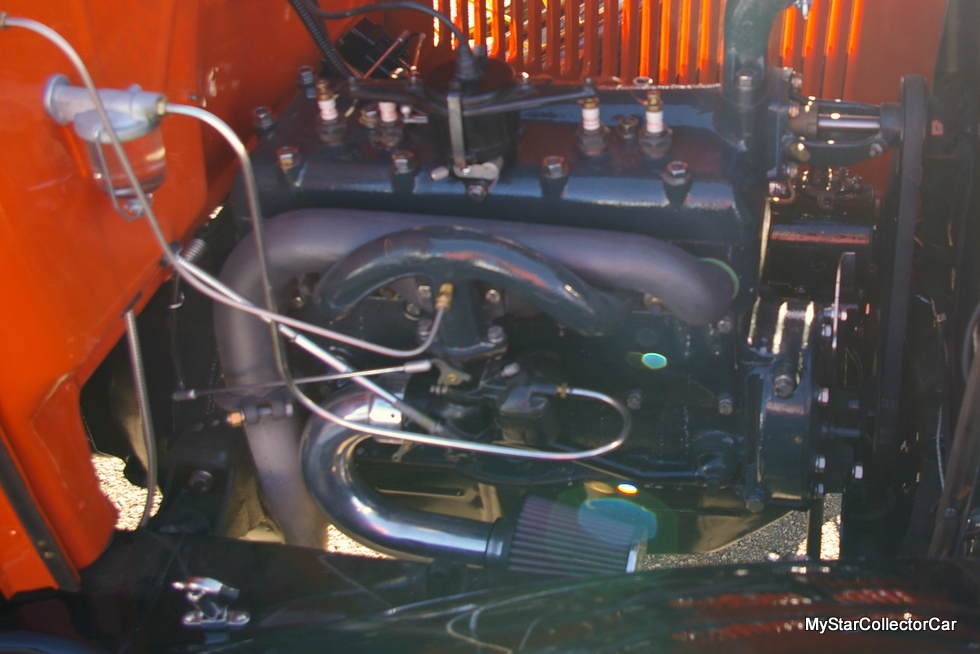 The little four-banger is hooked up to the Model A pickup’s factory three-speed and floor-mounted manual transmission because Al believes heavily in the originality angle on this truck. 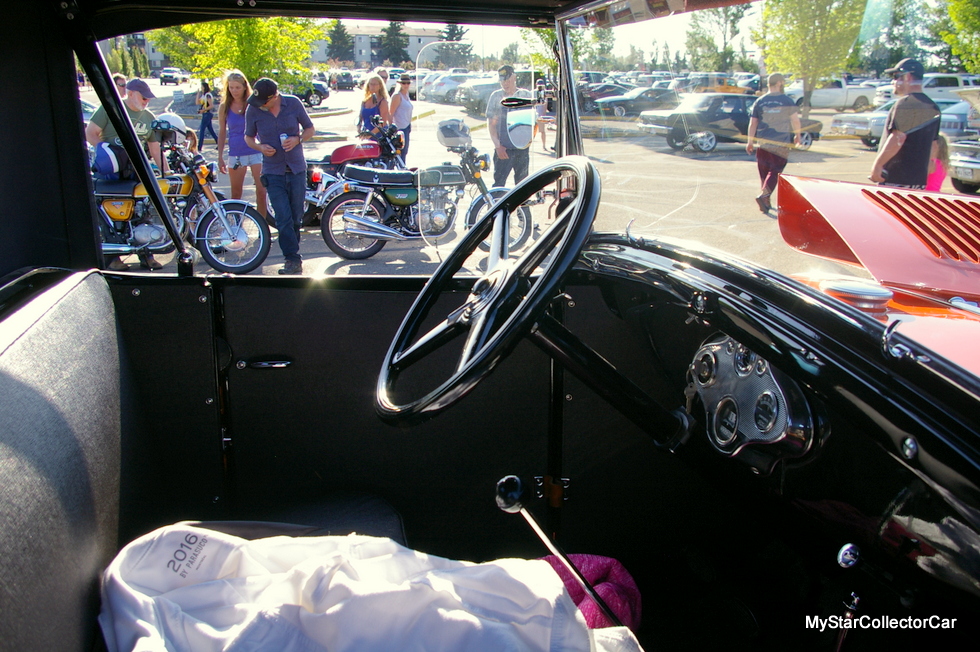 The truck even has its original mechanical brake system that delivers 60% of its stopping power to the rear brakes and 40% to the front brakes, according to Al. Most newer systems put more of their stopping power at the front end of the car because of heavier weight issues, but Al wanted to conform with the 1930 factory standards for his truck. 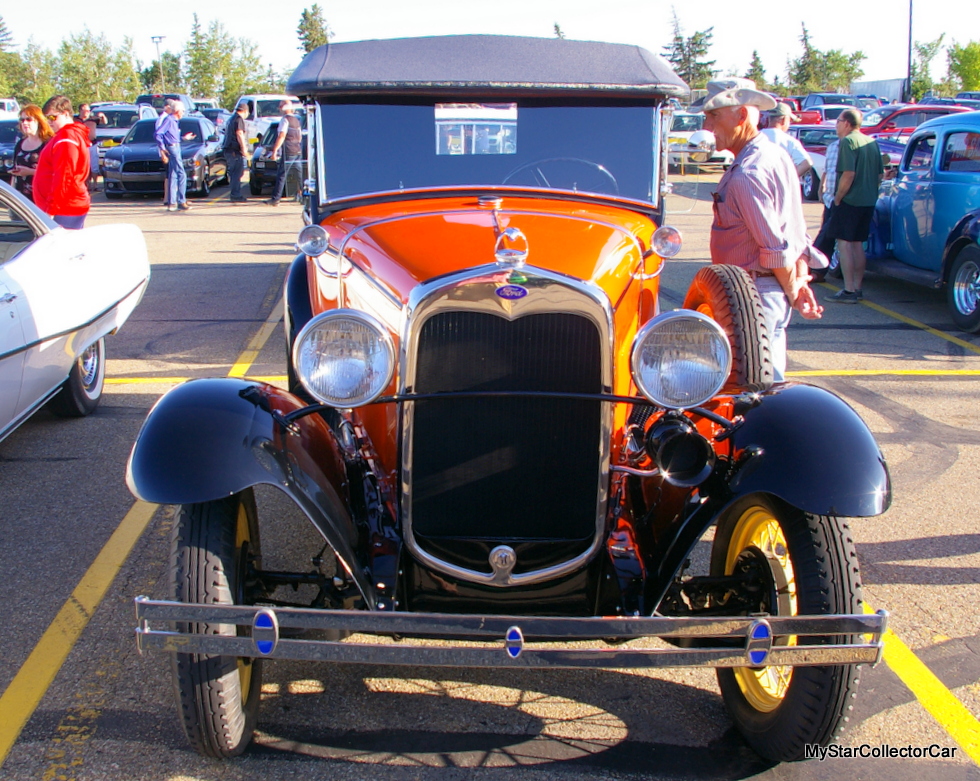 The Model A truck even has safety glass, a relatively new concept in the early 1930s. The stylish radiator cap and spare tire were likely added to the truck at the dealer, according to Al, but the stylish two tone paint job was a factory touch. 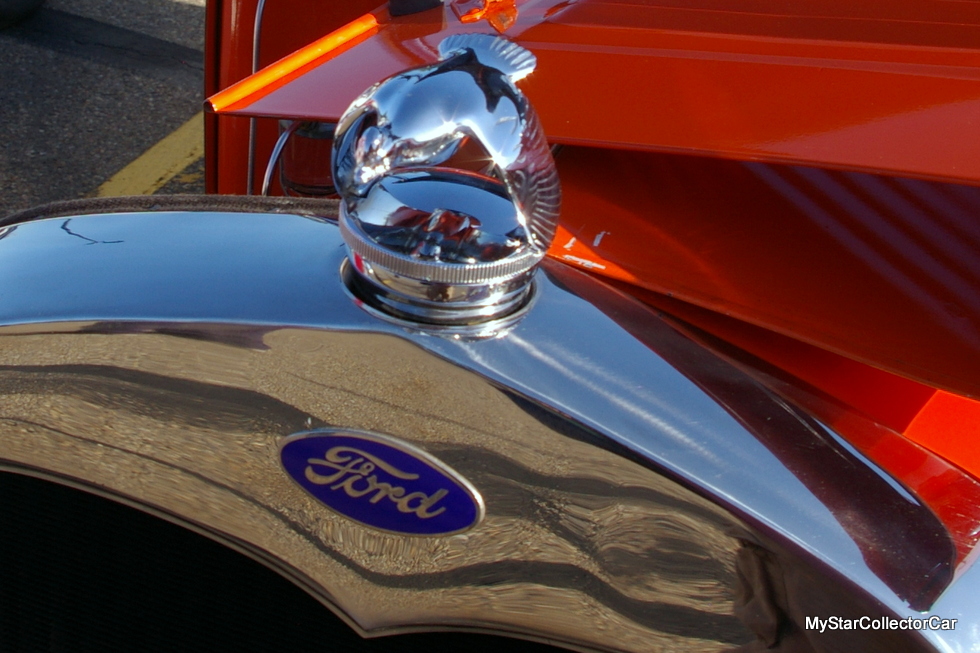 Al has a well-deserved sense of accomplishment regarding his 1930 Model A truck because he did all of the work on it, including paint. It is now a beautifully restored truck done by a talented owner for all of the right reasons.