Loosely translated, it meant that Arvin Muffler had a flow-through after market muffler that would allow your engine to breathe better and subsequently increase your horsepower and ability to compete on the street. 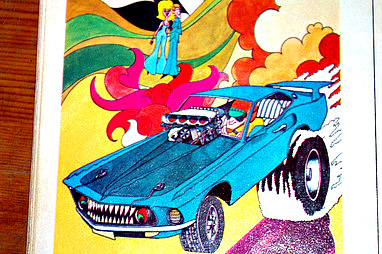 The muffler also had a “turned-on sound”, a feature that was likely a Timothy Leary option in 1970.

The ad’s last message: “This is where it’s at“, a sentiment that indicated that muffler buyers of that era had arrived at the ultimate point of heavy-ossity available in 1970 through muffler purchases. 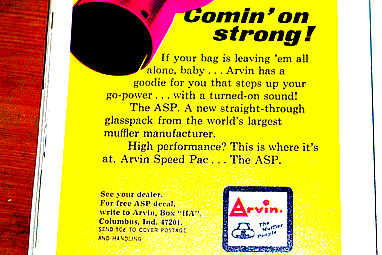 The only puzzle in the ad was the bold-faced opener “Comin’ on strong!” The phrase was the title of a 1966 Brenda Lee song of the same name. A mildly country song would seem like an odd addition to the ad. 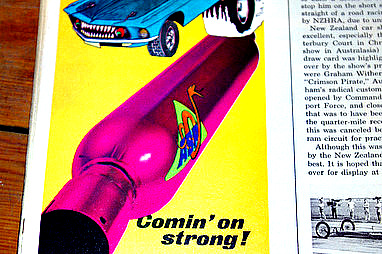 But that is what people did in 1970–their own thing-and this muffler ad was no exception to that rule.