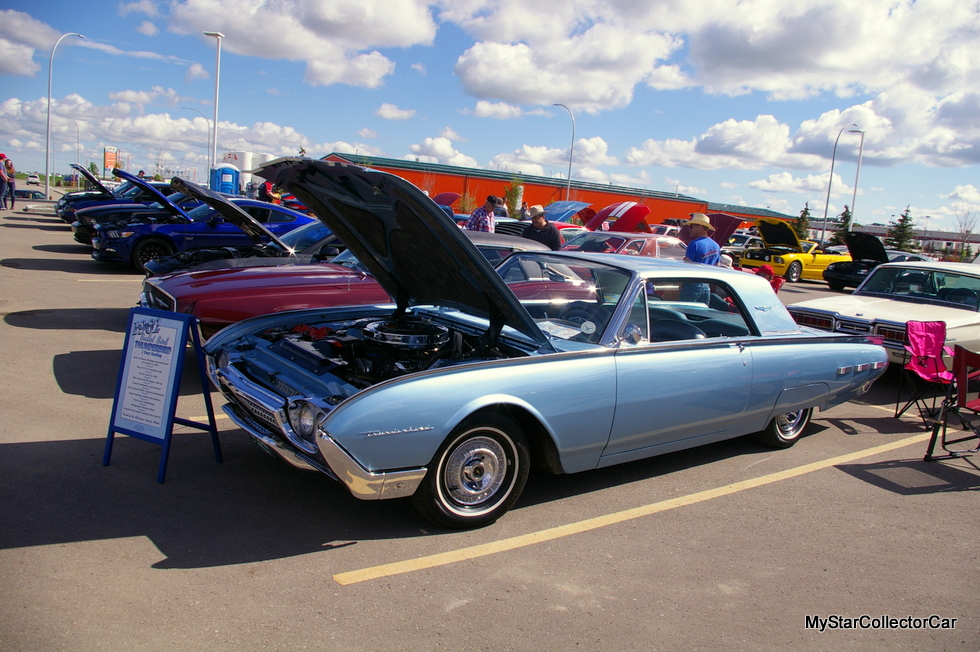 The Ford Motor Company introduced a bold new design for its Thunderbird model in 1961 and replaced the 1960 T-Birds that are known as “Square Birds” because their angular style was the last vestige of the 1950s for the Thunderbird.

The new design on the 1961 Thunderbird is known as the “Bullet Bird” in car guy circles because its rounded style with afterburner-like tail lights gave the ‘61 T-Bird a brand new look that was completely different from the ’60 T-Bird.

The Bullet Bird style carried over to the 1962 Thunderbird and MyStarCollectorCar caught up to the proud owner of a ’62 T-Bird at a car show. 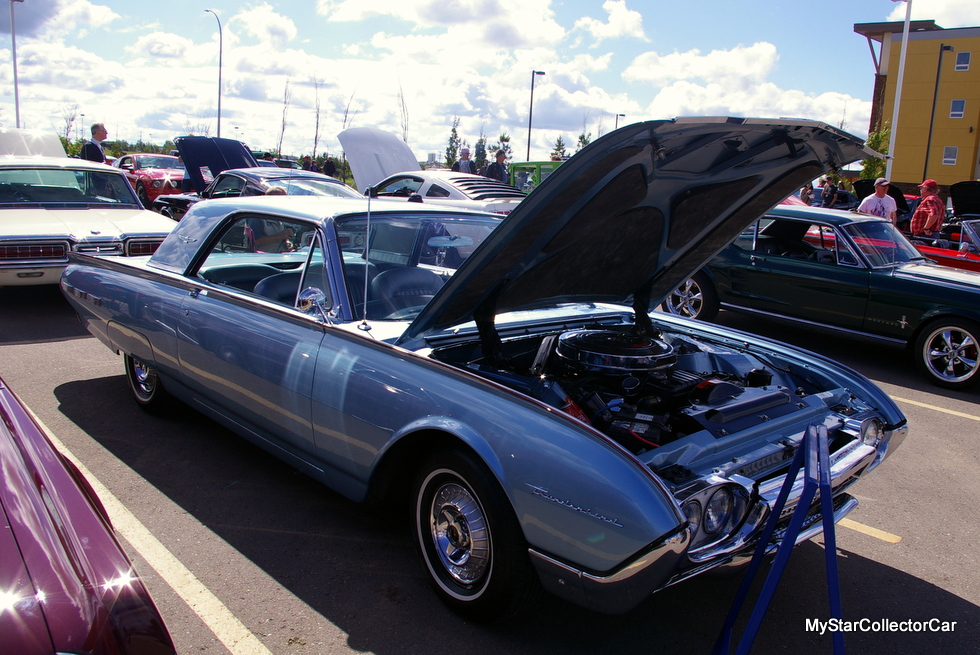 Owner Ian McLennan was actually looking for a vintage Chevy C-10 pickup when he discovered the T-Bird. Ian was raised on a farm in Saskatchewan and wanted to buy a truck that reflected his rural heritage–but was unable to find the right C-10 for his trip down memory lane.

Instead he discovered the 1962 Thunderbird and it triggered a wave of interest because a local kid had a convertible version when Ian was a young guy and he really liked the looks of the kid’s Bullet Bird. 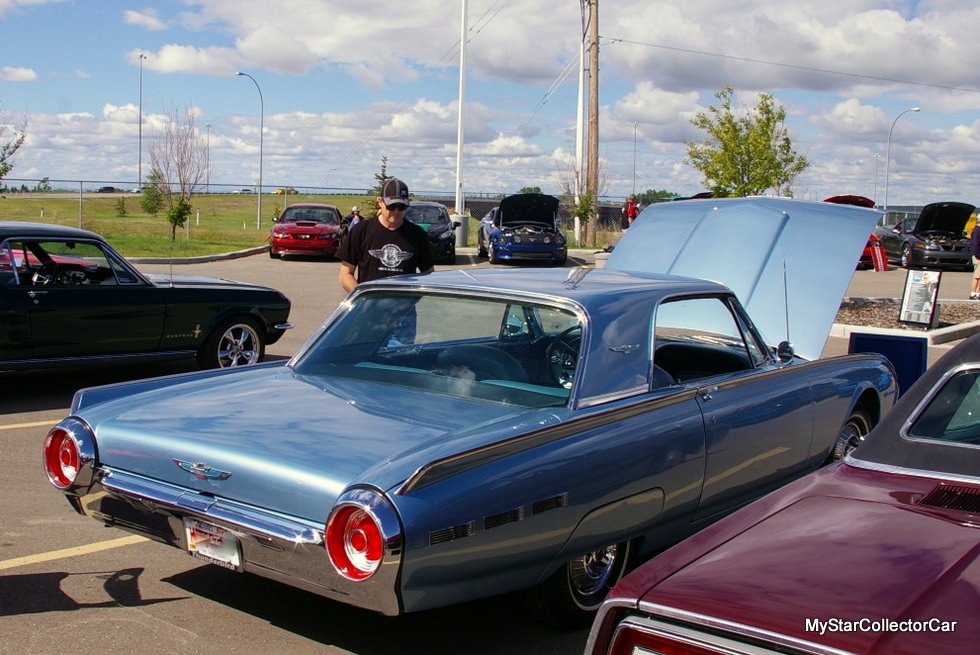 Consequently, Ian bought his ’62 T-Bird in 2014 from a collection and freed the Bullet Bird from its cage in a big way because he loves to drive his car. The Thunderbird looks like it just left the Ford factory and has all of the right factory creature comforts from that golden automotive era.

The list includes its original 390 cubic inch four-barrel V-8 hooked up to its factory 3-speed Cruise-O-Matic automatic transmission. The other options are air conditioning, power windows, power brakes and a power steering system with a swing-away steering column. 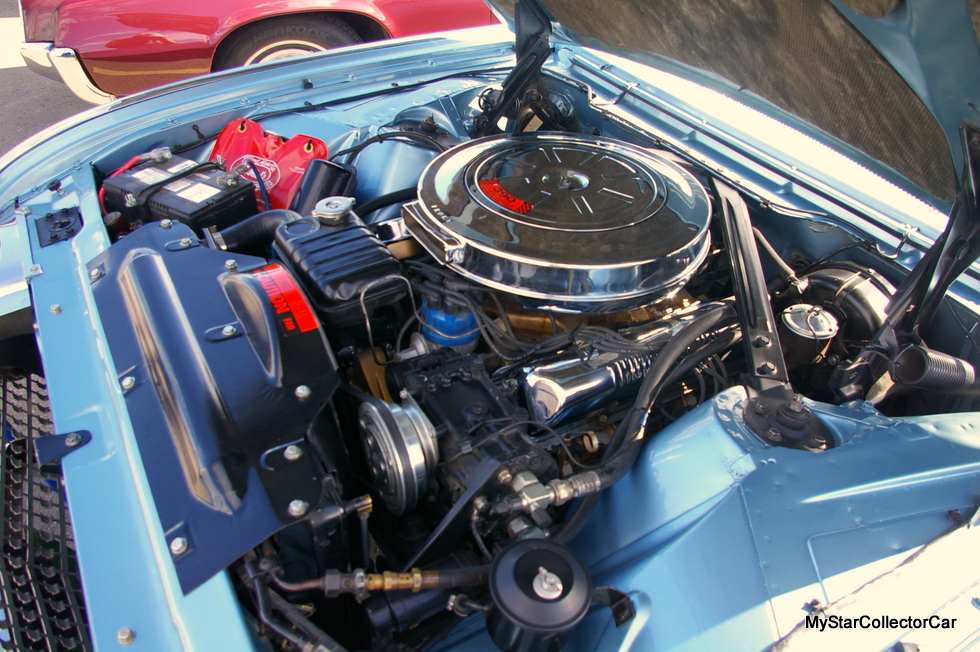 In short, the ’62 Thunderbird was built for driving and Ian has chosen to continue that trend for the past 5 years since he became its owner. Ian noted the body and body were already done to a high level on the car but he needed to address a few mechanical and interior issues to meet his standards before he hit the road in the T-Bird.

Driving the car is an important element of ownership for Ian because he does not believe in the trailer queen approach for his T-Bird. In fact, Ian drives the car at every opportunity during the summer months. 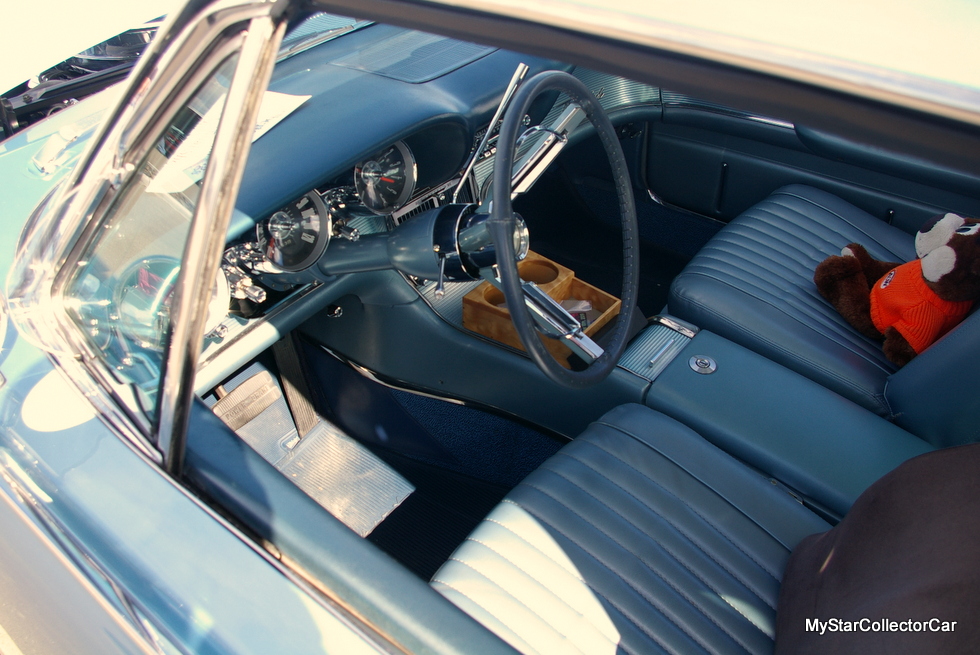 His travel list includes car shows, grocery stores, beer stores, along with an annual trip to his home province of Saskatchewan to visit his father’s grave. Ian recounted how his T-Bird has “never been trailered-except for one breakdown” since he became its owner.

Incidentally, Ian takes full advantage of the car’s big horsepower and said it will “cruise comfortably at 70 mph (about 110 km/h) and get about 19 mpg” at that speed.

Ian has only added one modern creature comfort into the mix: an aftermarket sound system that looks like the original AM radio and provides 21st century audio for his trips in the T-Bird. 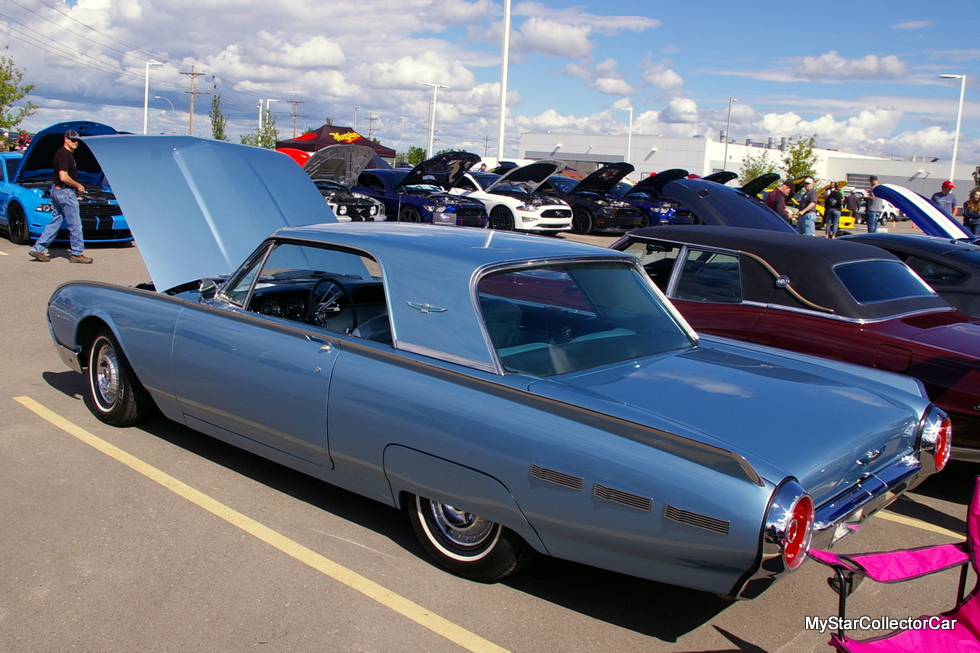 MyStarCollectorCar salutes Ian because he realizes that he bought a very cool early 1960s Bullet Bird-and not a painting-and sets it free on the road whenever the opportunity arises in 2019.