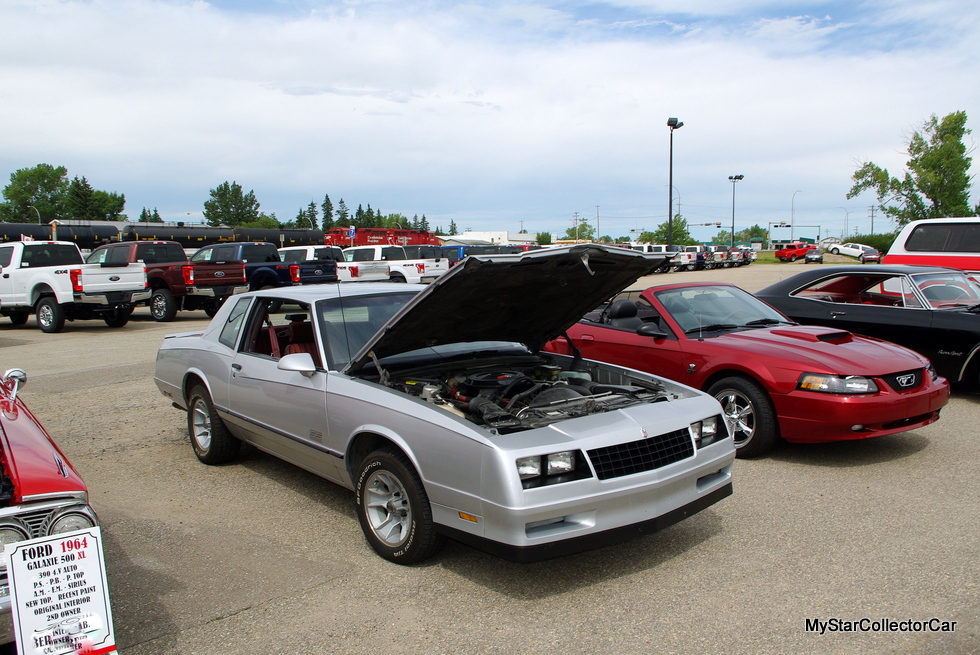 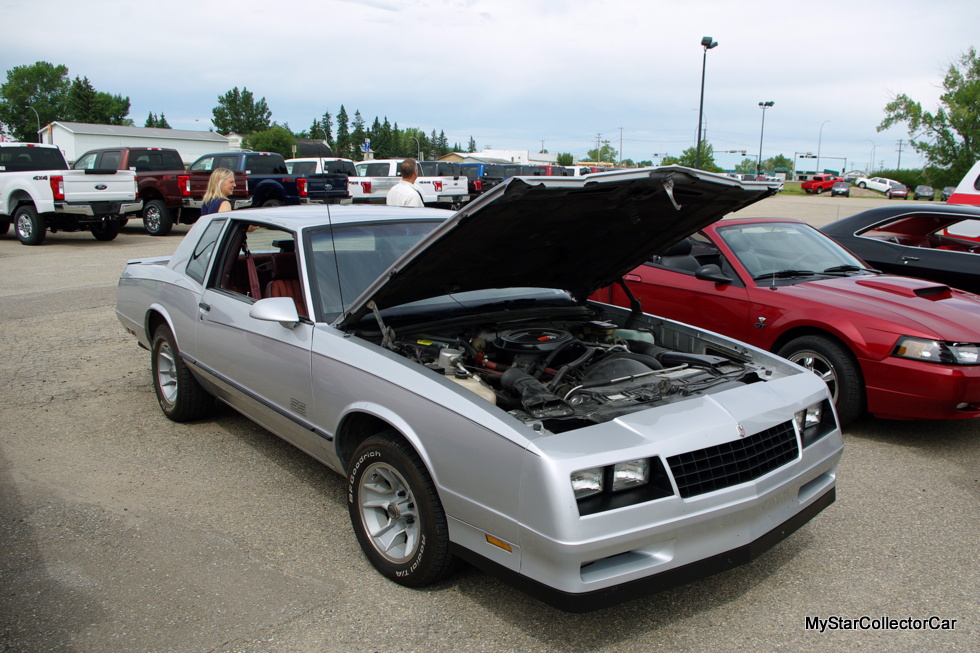 The Eighties were not exactly known for their super cars.

However, the movement was aided by the legendary Dale Earnhardt because this legendary NASCAR driver was winning Cup races with his Monte Carlo SS cars in the Eighties.

Bear in mind that Earnhardt’s 1987 Cup Monte Carlo was as far removed from stock as 48-year-old Jennifer Aniston, but both still looked great in the spotlight. 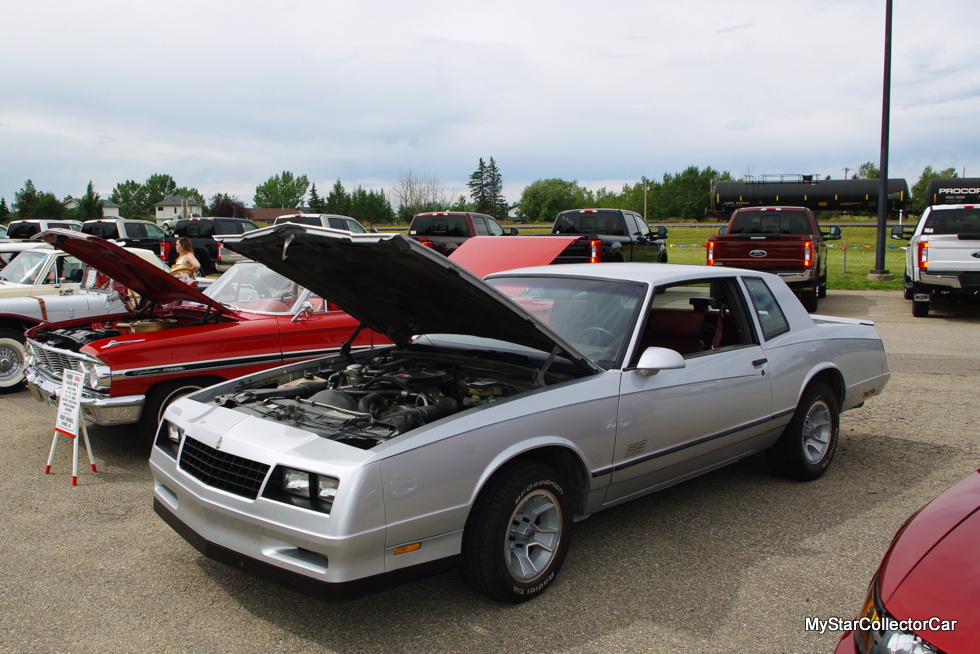 Chuck Powers was always a car guy who was in love with the Chevy SS models. MSCC is not sure whether Chuck carries the same torch for Jennifer Aniston, but he was a big fan of the fast Chevy in any of its many forms. 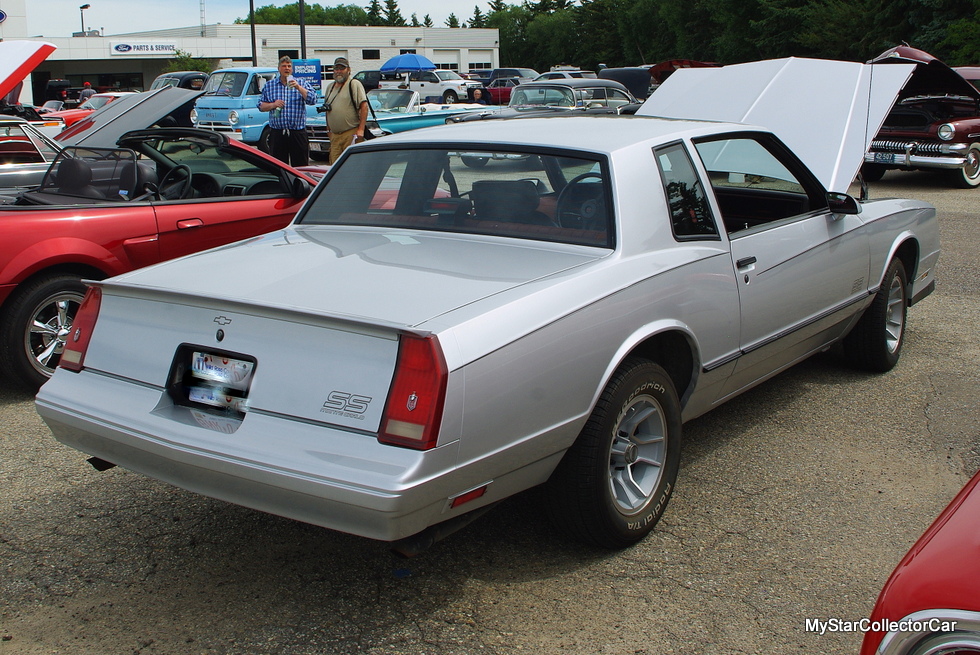 A 1987 Monte Carlo SS became available to Chuck at a stage in his life when he could afford an SS– and also fulfill his dream to own an SS. 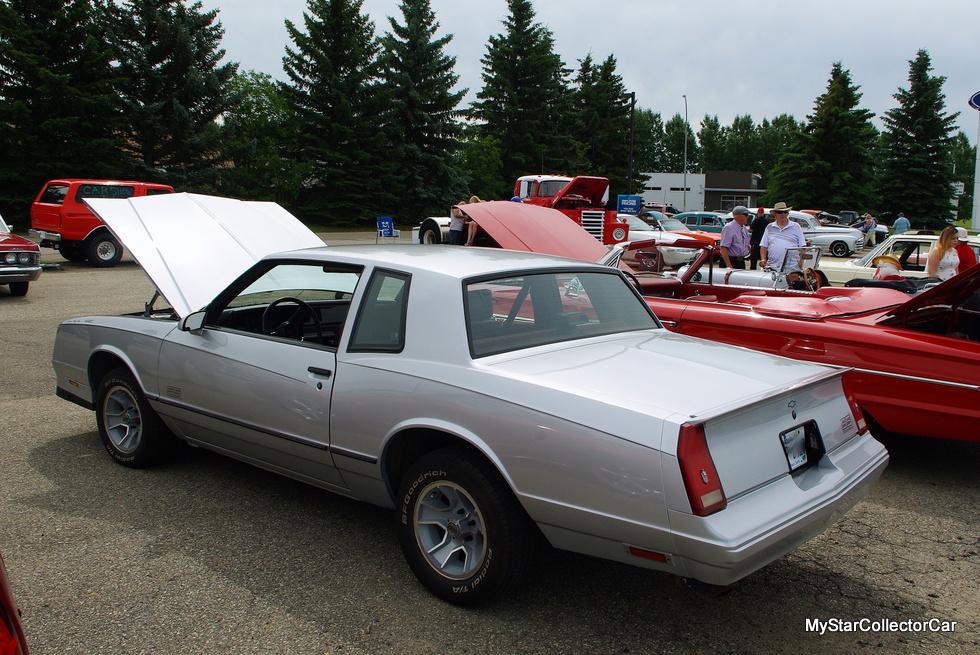 The car was owned by an older couple and spent its time with them until its lengthy storage. Chuck already owned a very fast 1985 Monte Carlo that was built into a beast of a car over the years, but he wanted a civilized SS that offered a practical blend of 80s-era performance, style and comfort. 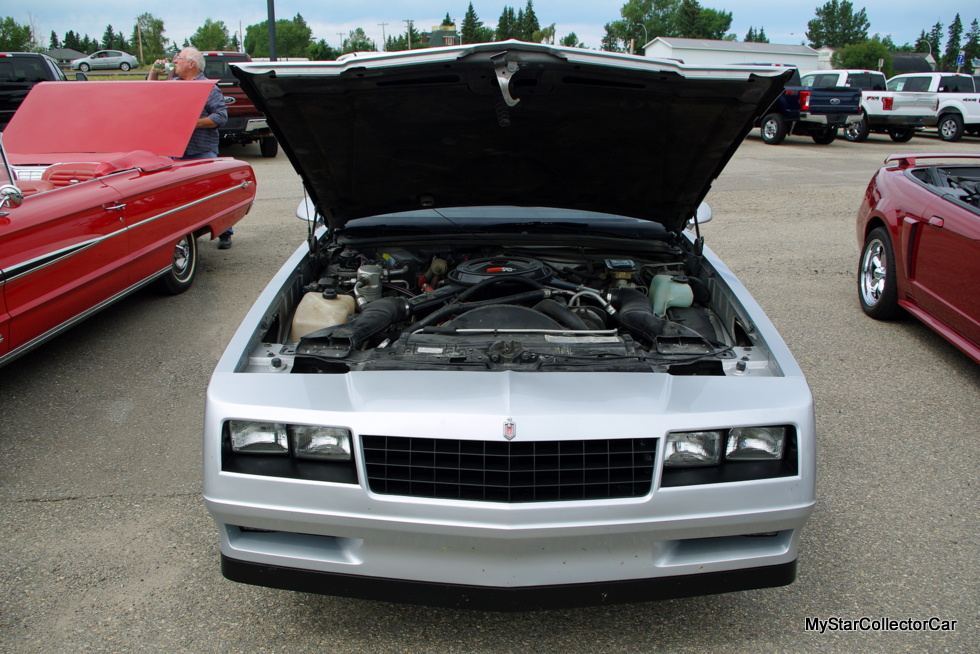 The ’87 Monte Carlo SS answered the bell on all counts, so Chuck found himself negotiating a sales price with the family. The long storage worked in his favor because the SS developed a faulty heater core during the time off the road and the leaky system became evident during Chuck’s test run. 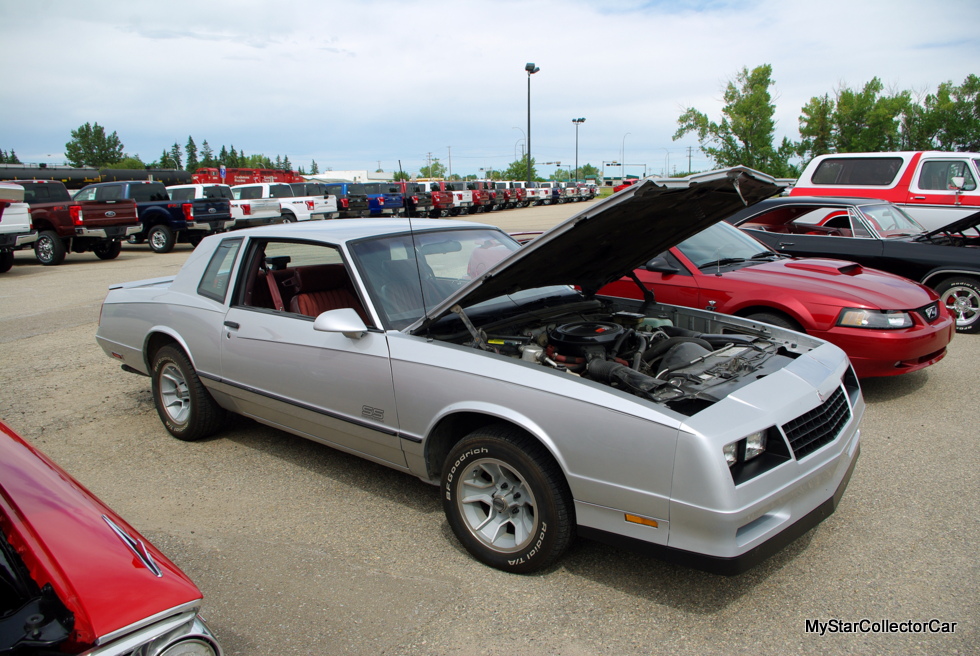 Chuck was able to knock some money off the price because of the storage issues and he remedied the problems after he became the second owner of the ’87 Monte SS.

The Monte Carlo has subsequently run great for Chuck and he has only been required to change the oil on his SS after he made the repairs.

However, he decided to use the available interior from his ’85 Monte Carlo, as well as the services of a professional upholsterer, to make his 30-year- old SS look like new again. 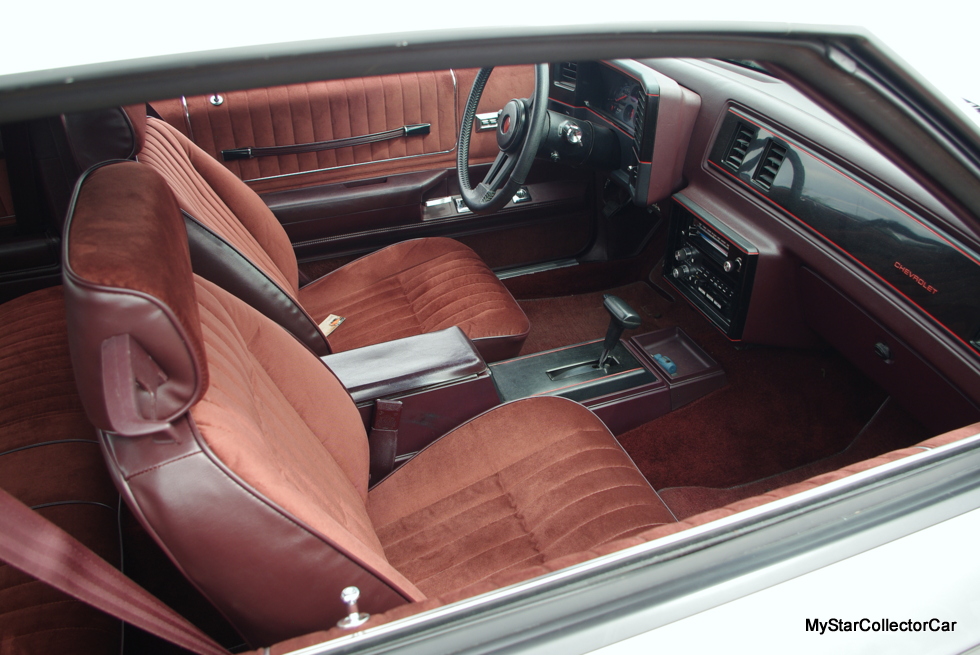 Chuck also got the car painted, so the SS looks like the day it left the factory. Chuck has only owned the car for about 2 years and wanted his Monte Carlo to look as sharp as it did in 1987. 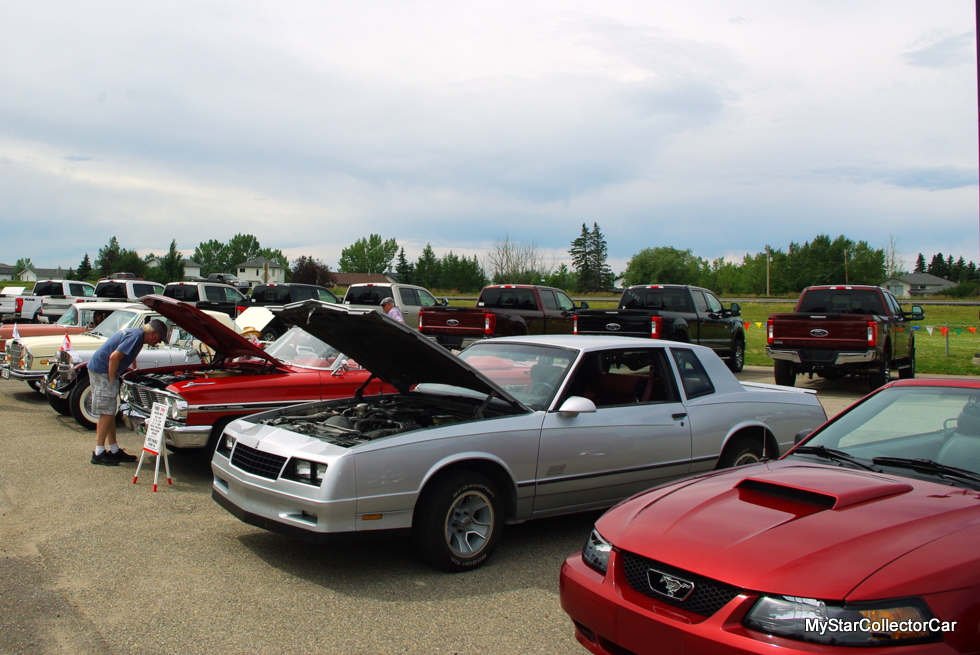 The SS is still equipped with its factory 305 small block and pushes its power through a 200 R-4 over drive automatic transmission. The Monte Carlo SS also still has its 3:73 factory gears and is solid at highway speeds. 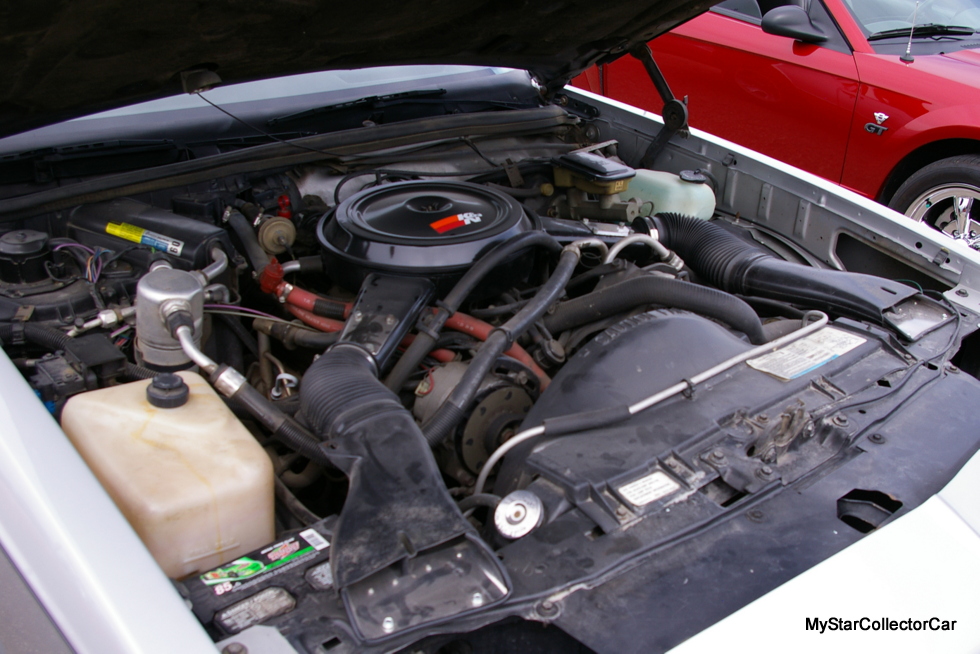 The result is a nimble performer that is easy on gas whenever Chuck gets an opportunity to drive his SS. Chuck told MSCC that his SS “rides nice at 120 km/h (about 72 mph)” on the road. 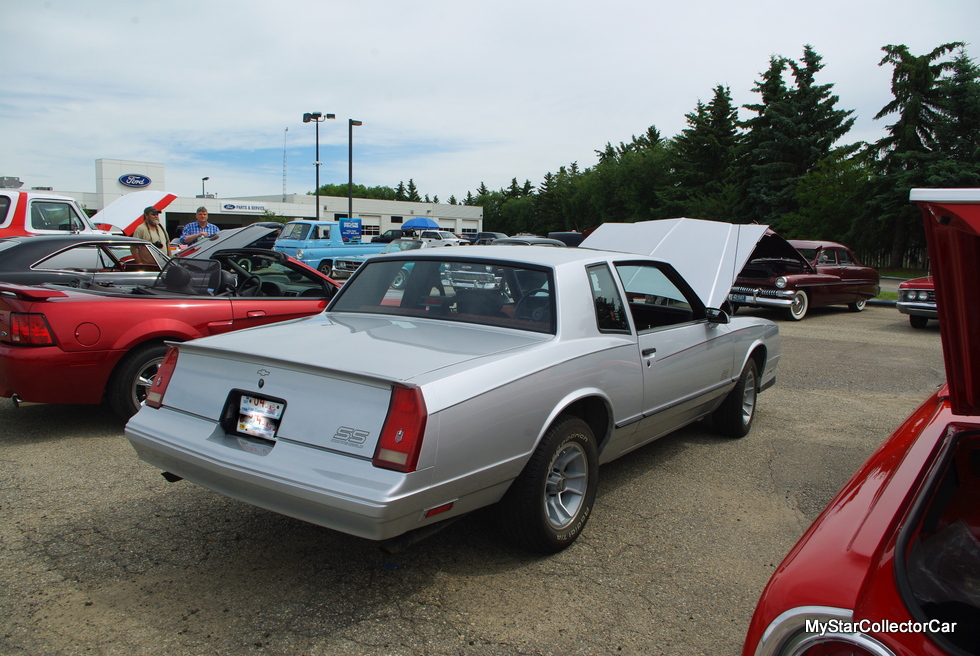 Chuck guesses that his ‘87 Monte Carlo has about 144,000 kilometers (approximately 86,000 miles) on its odometer. The extra digit for the larger metric-based number was unavailable on the 1987 Monte Carlo SS’s odometer, but Chuck knows the car was looked-after-and enjoyed-by its first owners. 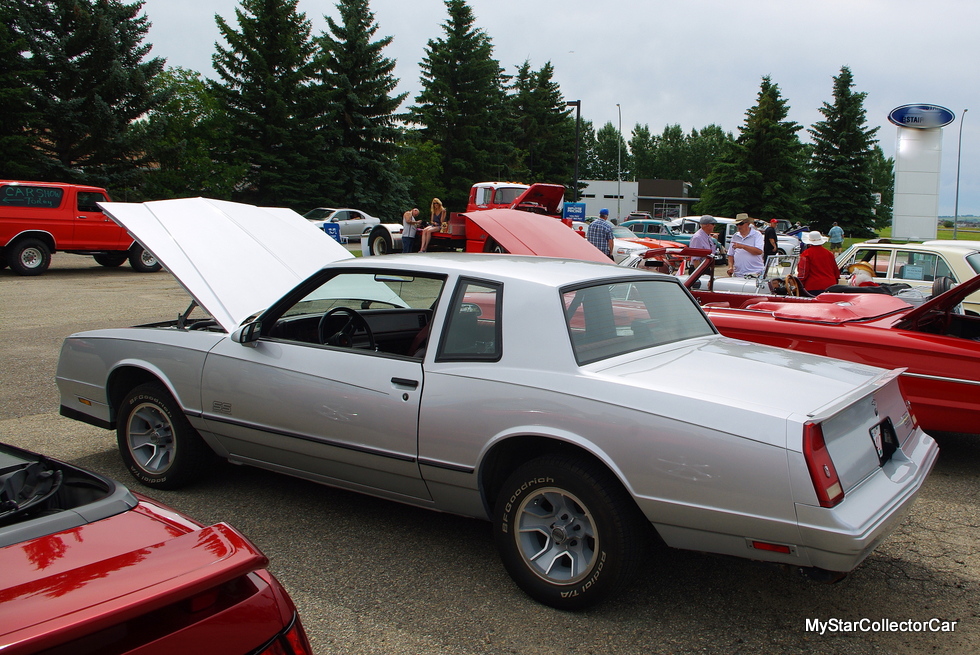