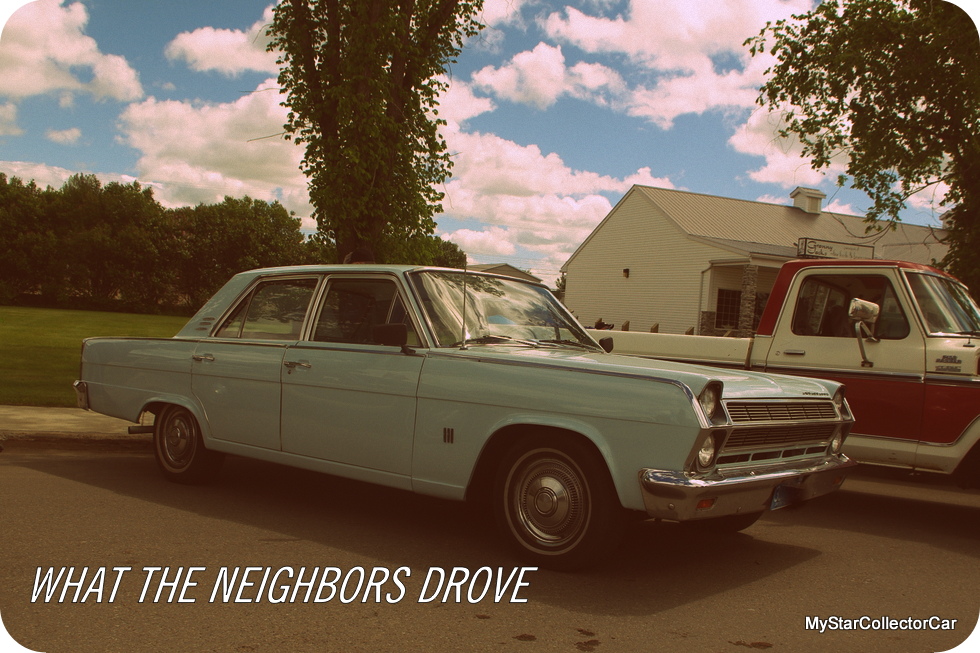 If you were a kid who loved cars back in the 1960s, you lived in the golden era of classic iron.

I was definitely one of those kids and one of the definitive traits of a car guy is an uncanny memory for every car his dad drove.

‘Hardcore car guys not only know what dad drove, we also took a deep interest in what the neighbors drove.’

Jim and I were buddies with two of the neighbor’s sons so we did a lot of time in their dad’s ’67 Ford Country Squire. We could never talk their 16-year-old sister into a stoplight drag even though that big wagon had a 4-barrel 390 under the hood—she sucked all the joy out of a trip into town. 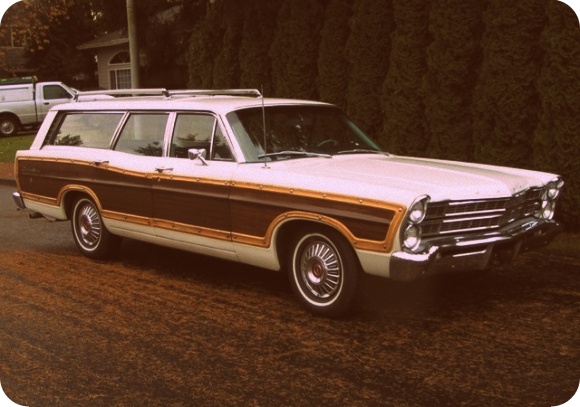 There was another neighbor who drove a ’65 Ford 4-door sedan and he was always a welcome sight on a frozen winter day. Jim and I shared a country paper route and you could count on this guy to stop when the snow started flying. His car was a mere small-block 289 but it looked better than a 426 hemi GTX on sub-zero winter days. 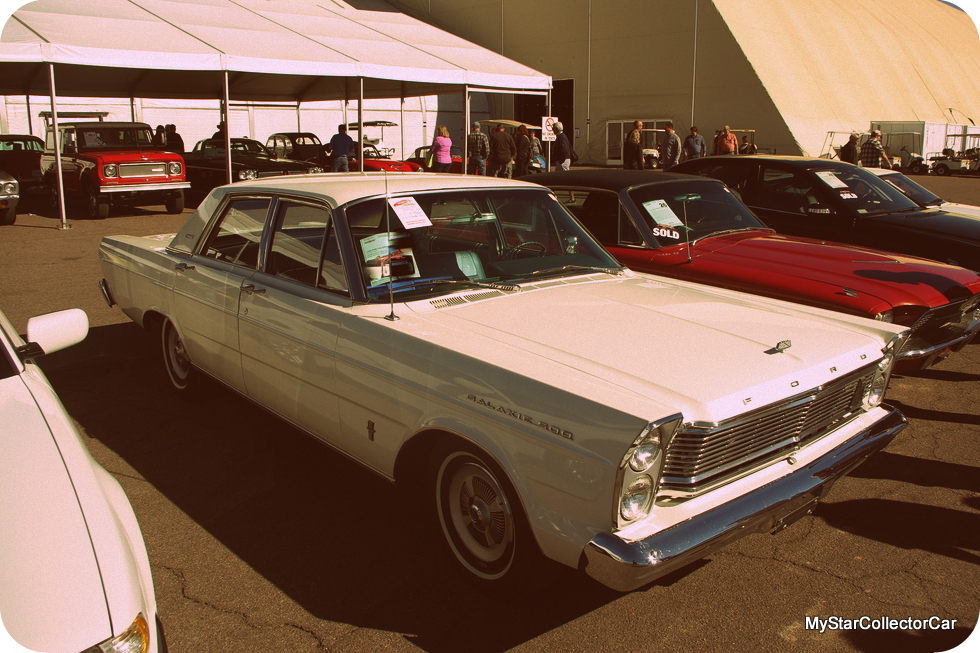 Another neighbor drove older early 50s Chevy hardtops back then and he had a few in his driveway so we’d pretend we were wheel men at Daytona back then but nobody  (fortunately) had the stones to start any of them up. My favorite was his red and white ’54 Bel Air. 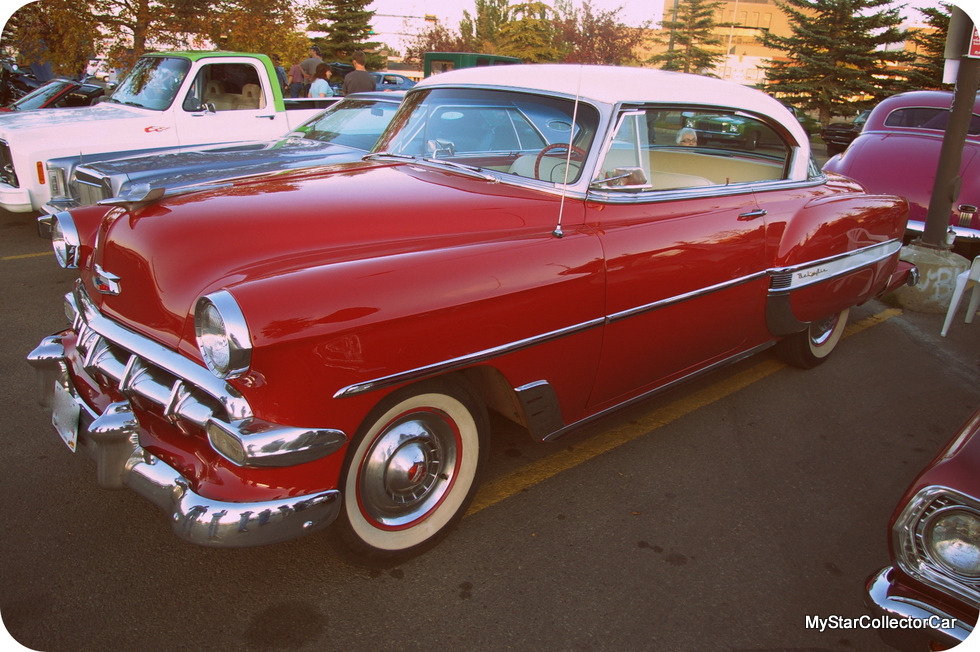 We had some other neighbors who were hardcore AMC fans and they always drove new high-end Ramblers. My favorite was their ’65 Ambassador mostly because it turned me into a lifetime non-smoker. We found a carton of cigarettes in the car’s glove box one day, smoked them until we hurled and cured the itch for life. 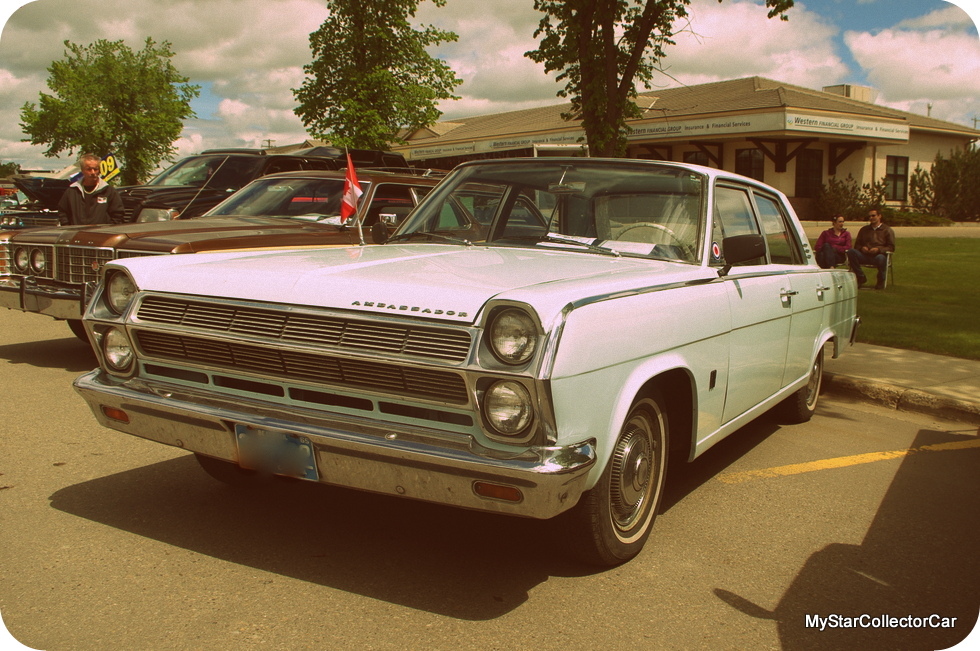 I remember another neighbor’s car for more admirable reasons. They had a brand new ‘67 Satellite 2-door hardtop with a 383 under the hood, vinyl roof, buckets and a console and back then I would have pushed Jim off a bridge if it meant I could own that car. 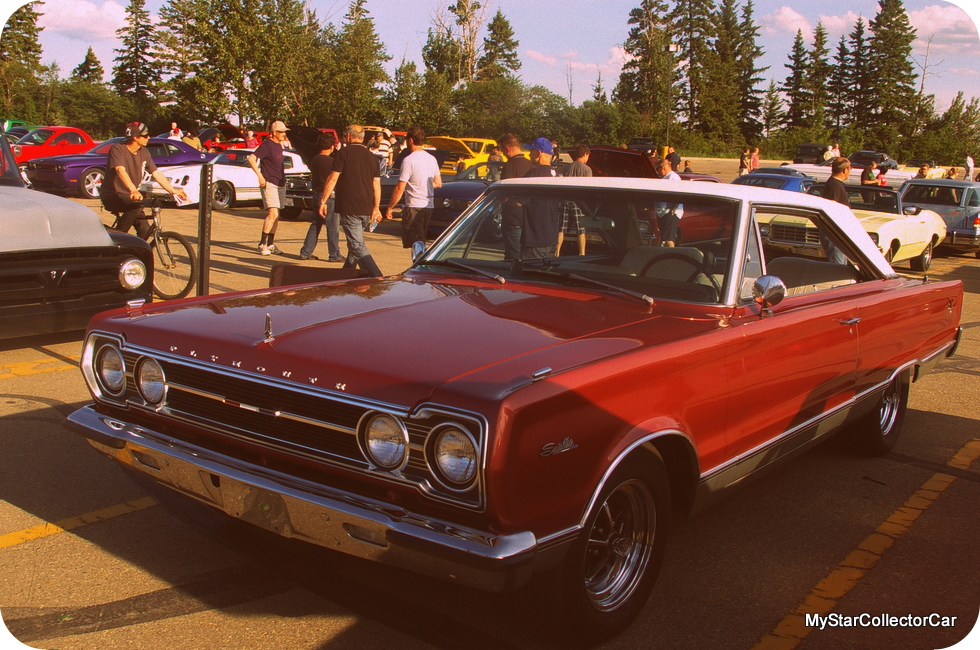 We lived in the country so naturally we were surrounded by farmers and they drove some really nice cars. One family drove a 1960 Dodge and they own it to this day—this is a picture of the actual car. 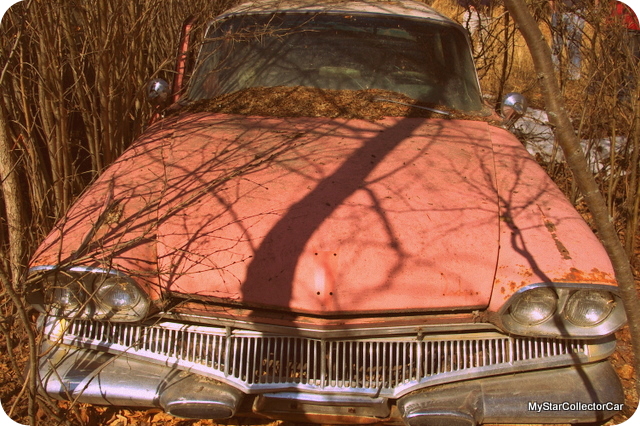 They also owned a Willys Jeep and that was also a signature vehicle and yes—they still own that classic too. Here’s a picture. 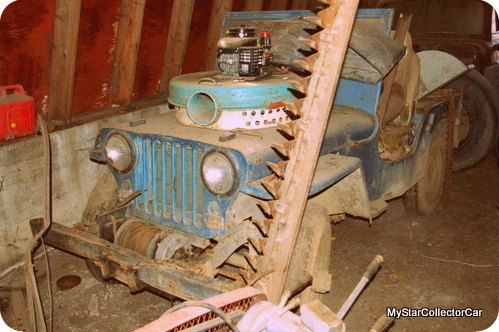 Another local farm family drove a ’64 Chrysler 4-door hardtop with air conditioning. This car was incredibly upscale to a kid because it was power everything and it had serious 413 cubic inch power under the hood. Back then we rode in stripped-down sedans so a car like this was so cool it made you feel like you were Mick Jagger when you were lucky enough to ride in it. 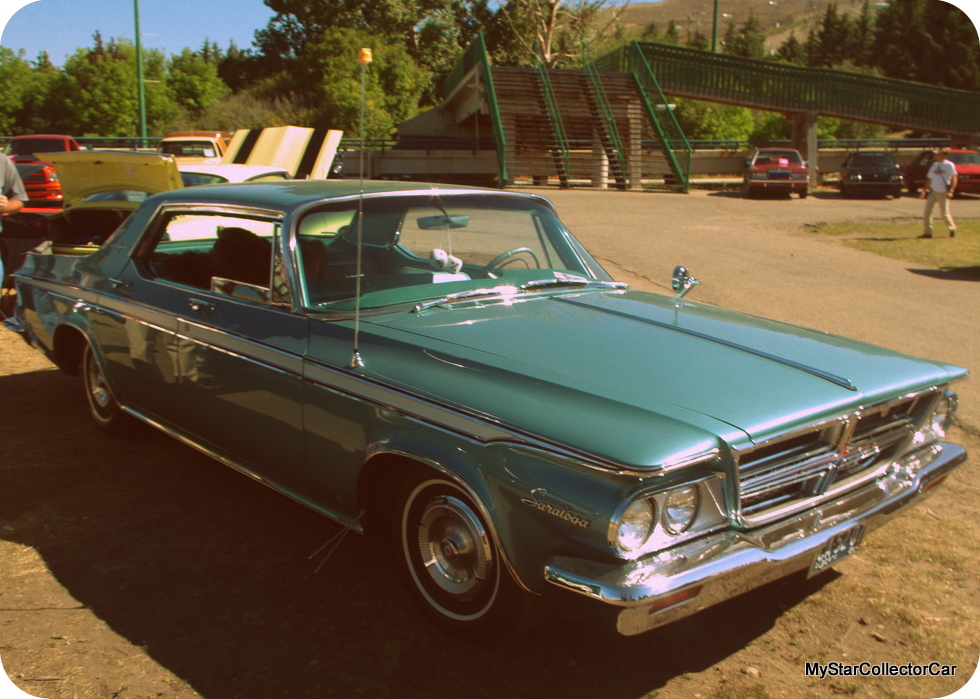 The same family had a son who drove a tricked-out full race ’67 Cougar. He was a few years older but we could always talk him into a smoke show on the road in front of the acreage and occasionally he’d give us a hell ride into town. The Cougar always smelled like burnt rubber—it was magic to a 12-year-old. 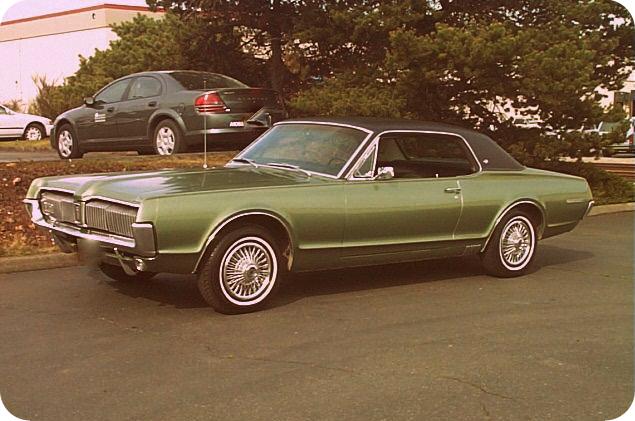 The final neighbor’s car was another upscale ride. It was a 1964 Pontiac Parisienne 4-door hardtop with a Chevy 327-barrel under the hood (Canadian model) and we could talk the older sister into a few stunts in this very cool Poncho. She’d get it up to 70-80 miles per hour on the trip into town but we could never talk her into a showdown at a stoplight. 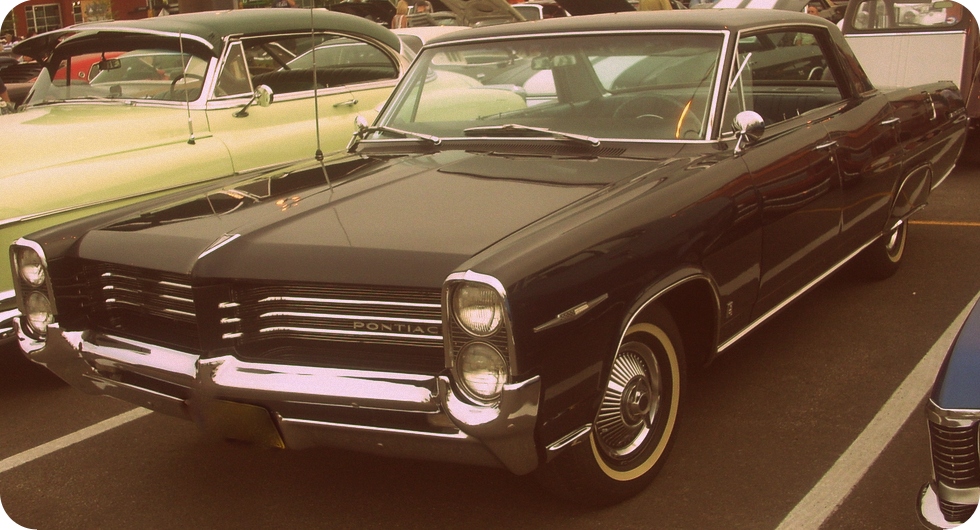 These neighbors’ cars all played a big role in a kid’s life even though they weren’t dad’s car and what they did was establish a far more encompassing view of what was cool back in the 60s.

‘What the neighbors drove was a basic lesson in how to keep an open mind about old iron and it formed the basis of the MSCC philosophy.’